My Guantánamo Diary
My
GUANTÁNAMO DIARY

The Detainees and the Stories They Told Me 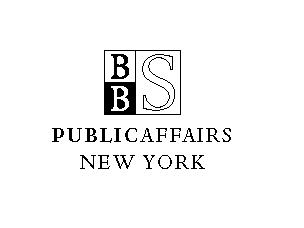 Published in the United States by PublicAffairs™, a member of the Perseus Books Group.

All rights reserved.
Printed in the United States of America.

No part of this book may be reproduced in any manner whatsoever without written permission except in the case of brief quotations embodied in critical articles and reviews. For information, address PublicAffairs, 250 West 57th Street, Suite 1321, New York, NY 10107.

This book is dedicated to the loving memory of
my younger brother, Hassan-jaan, and to my
friends behind the wire.

“Feed the hungry and visit the sick, free the
captive if he is unjustly confined, and assist the
oppressed.”

I would like to thank Peter Ryan, Rebecca Dick, and Carolyn Welshhans of Dechert. I would not have been able to accomplish this without them and am grateful for their unwavering support, meaningful feedback, and friendship. (Do not feed iguanas baklava in open-toe shoes.) A big thank you to Zofia Smardz of the
Washington Post
, my gracious and gifted editor, whose insight and genius helped me hone these stories. A special thank you to BBC reporter Rahman Ullah, to Munir Muja-didi of USAID in Kabul, and to Lal Gul, director of the Afghan Human Rights Organization. I would also like to thank my agent, Lynn Franklin, and I am grateful to Clive Priddle and to the folks at PublicAffairs for giving me a chance and for publishing this book. I am indebted to the following individuals for their help: Tom Wilner of Shearman and Sterling, Sam Zarifi of Human Rights Watch, John Sifton of One World Research, Clive Stafford Smith and Zachary Katznelson of Reprieve, Emi Maclean of the Center for Constitutional Rights, Dicky Grigg of Spivey and Grigg, and federal defenders Bryan Lessley and Chris Schatz. Thanks also to David Sylvester for his immense help with the poets and Salah. I am grateful to Dean William VanderWyden for his support during law school and beyond. I must also give thanks to my inspiring professors for all they have taught me over many years:
Lee C. Bollinger now at Columbia University, and Michael Froomkin and Bruce Winnick at the University of Miami School of Law. Thanks also to Carlos Lozada of the
Washington
Post
, who accepted my pitch for “My Guantánamo Diary,” the article. Most importantly, I would like to thank my parents, Baba-jaan (the most handsome doctor in the hospital) and Mumma (the most selfless individual I know), for pushing me and loving me. I am grateful for all that you have taught me. Many salaams go to my other mothers, my grandmother, Amiji, and to my beautiful aunties, Aunty gul, and Gulli. Thanks also to Wes and Susan Anson and Joanne Corn.

Finally, a special thank you to Poe for your kindness, love, and generosity. Thank you for listening to drafts out loud—ad nauseam. Oh yeah, and sorry I threatened not to put you in the acknowledgments if you didn’t sit through another draft.

The U.S. prison camp at Guantánamo Bay stands as a challenge to our nation. It challenges our readiness to do the right thing in times of crisis, the times when it’s most important, and most difficult, to adhere to our founding principles and to follow the rule of law. What lies at the heart of the Gitmo debate are the beliefs upon which the United States of America was founded and for which it has long been celebrated: the conviction that no one should be imprisoned without charge and that everyone has a right to defend him- or herself in a fair and impartial trial.

The prisoners at Gitmo never had the chance to prove their innocence. They were never told why they’d been brought to Cuba. They were never allowed to be heard in open court. But their perspectives must be aired.

In selecting prisoners to profile, I’ve tried to present a range of individuals of varied backgrounds. The first detainees I met have had a lasting personal impact. Others offered compelling stories, unique personalities, or distinctive experiences. I did not have access to any of the fifteen “high-value” detainees, such as alleged September 11 mastermind Khaled Sheikh Mohammad.

Though it may appear to some readers that I give ample, and perhaps naïve, credence to the prisoners’ points of view, I
have made every effort to verify their accounts and to explore the military’s contrasting perspective. Some readers may also argue that detainees, or “enemy combatants,” as the Defense Department calls them, aren’t entitled to the protections of U.S. law. This is an argument I reject. While I believe that Guantánamo may hold evil men as well as innocent ones, I also believe that only a full and fair hearing can separate the good from bad.

Readers may judge for themselves the merits of each tale recounted here. My objective is simply to tell the stories of some of the men held captive by the United States at Guantánamo Bay, the stories they themselves have never been able to tell.

The phone rings a little after 11
PM
.Waheeda knows something is
wrong the minute she hears the voice on the other end. It’s her
brother-in-law, Hayat. She stands in the living room, holding the receiver
to her ear with both hands.

“Doctor Sahib has been arrested,” Hayat says. He is calling from
Gardez, Afghanistan, the hometown of her husband, Ali Shah. Wa-heeda
has not spoken to Ali for more than two months, but his family
in Afghanistan has sworn to her repeatedly that everything is fine.

“Khanum, don’t worry yourself so much,” they say. “He is very
busy setting up the clinic and traveling for work on the parliamentary
elections. He can’t call you in Iran right now because the telephone
reception in rural areas here is awful.”

But now Waheeda is hearing what she has dreaded all along. “He
was arrested on his second night here,” Hayat is saying. “The Americans
came to the house. . . . They came here and arrested everyone.
They took him, Sayed, Ismael, and Reza, too.”

Then, he stammers, “Everyone has been released—except Ali.”

Waheeda feels the floor sway beneath her.

“What are you saying to me?” she demands. There is a short silence.
Then, Hayat says that he had hoped Ali would be released like
the others. But it has been several months now, and he can no longer
hide the truth.

This account has been reconstructed with the help of Dr. Ali Shah Mousovi’s family.

But Hayat knows nothing, can tell her nothing. The rest of the call
is a blur. Waheeda hangs up and sits staring at the maroon rug under
her feet for a very long time. Hayat’s words have descended upon her
like the weight of the world. She remembers the last time she spoke to
Ali, just hours before his arrest. He was happy to be in Afghanistan
again. All was well; his family was happy to have him back.

After more than a decade as a refugee in Iran, Ali Shah had returned
to Afghanistan to open a clinic after the fall of the Taliban.
Now was the time to go back, he had told her. Once the clinic was up
and running, he’d come to fetch her and the children. As the son of a
prominent Gardez family, he also planned to run for parliament in
the new government led by President Hamid Karzai. And he wanted
her, an economist, to fulfill her own dream of working in a free
Afghanistan.

She remembers him standing by the door before he left. He’d held
her close, told her there was nothing to worry about, that the Taliban
were gone now. Their eight-year-old daughter, Hajar, ran to
him, and he pulled the child onto his lap, kissing her face and asking
what she wanted him to bring her from Afghanistan.

Those images collide with Hayat’s words, echoing in her head.
She can only remember fragments: Twenty or thirty American soldiers,
military uniforms, guns pointed. Hog-tied, blindfolded,
dragged out. Arrested. Suddenly panicking, she calls Hayat back.

“Please be calm,” Hayat answers. “Inshallah, this will be over as
soon they realize . . .” His voice trails off.

“Can you talk to the Americans?” she croaks. “What did they
say?”

“I don’t know,” he replies. “They didn’t tell us anything. We will
straighten this out, show them it’s a mistake.”

Waheeda clutches the receiver long after the call is over. Her eyes
fill with tears, and she whispers a prayer. “
Bismi’Allah
—God protect
him.”

The children have climbed out of bed and come into the room. She
dries her face quickly.

“The Americans came and asked Baba to come with them,” she
says. “But it’s just to ask a few questions. It’s nothing to worry
about. They made a mistake and once they find out that they have
the wrong person, everything will be okay.”

“When are they going to let him go?” asks fifteen-year-old Abu
Zar. His gaze lingers on her tear-stained face.

“Inshallah, very soon,
bachai
—my child,” Waheeda says and
tells them to pray hard for their father. “Allah listens to children’s
prayers.”

“But Baba fought against the Russians a long time ago, not the
Americans. Why would the Americans take him?” Abu-Zar asks.
Waheeda is silent, holding Hajar tight. The little girl twists around
to look up at her big brothers. She is the youngest and her father’s favorite.
Then, she jerks her head back around and shoves it into her
mother’s chest, wailing.

“Hajar-jaan, Baba will be home soon. It’s just a mistake,” Waheeda
says. But Hajar keeps weeping, muffling her cries in her
mother’s shirt.

This account has been reconstructed with the help of Dr. Ali Shah Mousovi and his family.

The Silver Sword by Angela Elwell Hunt
Infidelity by Stacey May Fowles
Heavy Water: And Other Stories by Martin Amis
Forgotten by Lyn Lowe
Bad Boy's Bridesmaid: A Secret Baby Romance by Sosie Frost
The Secret Mistress by Mary Balogh
The Wells of Hell by Graham Masterton
Dying for Her: A Companion Novel (Dying for a Living Book 3) by Kory M. Shrum
PRINCE OF CHAOS by Roger Zelazny
Table for Two by Marla Miniano