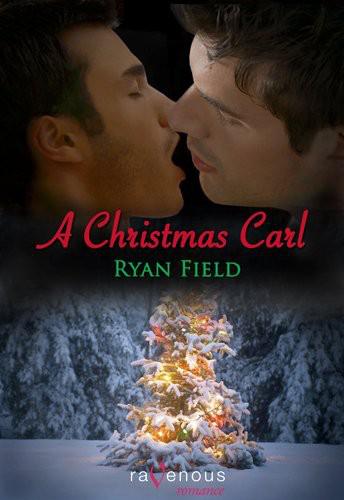 All rights reserved. No part of this book may be reproduced in whole or in part without written permission from the publisher, except by reviewers who may quote brief excerpts in connection with a review.

This book is a work of fiction, and any resemblance to persons living or dead is purely coincidental.

While Carl Smite was wrapping bundles of loose change on Christmas Eve, a cell

phone in the back room of his antique store rang. His body jerked forward and he almost

dropped ten dollars in quarters on the floor. He was sitting on a gilded Louis IV chair

behind a French Empire desk with detailed inlays and bronze ormolu trim. There were

price tags with large numbers in bold red print on both pieces of furniture. Everything in

Carl’s antique store was for sale, including the nineteenth-century cup and saucer he used

to drink his morning coffee.

When Carl’s employee answered the phone and said, “I’ll be there after eight

tonight,” his voice went up with a light, pleasant hum. And when he said, “I’ll see if I can

get there sooner, but my boss is keeping the store open until eight tonight,” his easy,

cheerful. He folded the ends of the paper coin wrapper shut, then lifted his head and

twenty-three dollars worth of loose change and he didn’t want it lying around the store.

There was a shuffling sound in the back room, then a few whispers Carl couldn’t

make out. Carl heard him click the phone shut and toss it on a counter. A minute later,

Able came into the showroom with a half smile on his face. “What can I do for you, Mr.

Smite?” His soft blond hair framed his forehead in thick, straight shocks. He was wearing loose faded jeans that fell low on his slim waist, and a puffy down jacket made out of

black shiny fabric. He smiled at Carl and rubbed his palms together to keep them warm.

Carl placed the last roll of quarters into a bank deposit bag and said, “Why were

you on the phone again, Able? I’ve told you time and again that I won’t tolerate an

employee of mine making personal phone calls during business hours. I’m paying you

good money to do an honest day’s work. And I expect you to do your job while you’re on

Normally, Carl would have fired someone else on the spot for doing this. But

Able was an excellent furniture restorer and upholsterer, he didn’t mind working for low

wages, and he had a large, floppy penis that moved around in his jeans when he walked

the thermostat that day and the store was freezing. He smiled and put his hands into his

pants pockets. “I’m sorry, Mr. Smite. I was only on the phone for a minute. I was telling

a friend of mine, the woman who owns the tearoom across the street, I’d be down at the

tomorrow on Christmas too. My friend was wondering if I could get off early to get down

there by six. They need all the help they can get, and I doubt anyone is going to come

into the store at this hour on Christmas Eve.”

Carl frowned and shook his head. Able Anderson was so dirt poor he was almost

homeless himself, and here he was talking about handing out free food at a homeless

shelter. “No,” Carl said, “you can’t get off early tonight. I might need you to move something heavy. You never know who will come into a retail shop for last-minute gift.

One year on Christmas Eve, I sold a crystal chandelier to a very famous actress.”

This had never actually happened. But Carl liked to think there was a chance it

“But it’s snowing,” Able said. “And all the other stores around us are already

closed. And I’m sure you have plans tonight, Mr. Smite. If you don’t have plans, you

could always come with me to the homeless shelter and help out. We’d be glad to have

you, and afterwards maybe we can go out and have a Christmas drink somewhere.”

“I’m sure you’d expect
me
to pay for these Christmas drinks,” Carl said. Then he

rubbed his strong jaw and laughed. Carl suspected Able was trying to flatter and seduce

him. He flirted with him all the time. But Carl wasn’t about to let some young, penniless

loafer take advantage of his wealth.

Carl had found success at an early age. Now he was in his mid-thirties, about ten

round buttocks. But he didn’t care about his good looks. He wasn’t interested in finding a

lover. The only time he used his looks to his advantage was to sell an expensive antique

to a wealthy client. He knew how to make women swoon and older gay men giddy.

Able shrugged his shoulders. “Then I’ll buy
you
a drink, Mr. Smite. I’ve been

working here for about a year now and we hardly even know each other.”

Carl lifted an eyebrow and stared at him. Then he shook his head and said, “I’m

going home tonight, just like it’s any other night. And I’m not wasting my time handing

me
anything for free. I’ve worked hard for everything I have. We would all be homeless, getting free dinners and handouts, if we didn’t work. Then what kind of a world would

Able rocked on the balls of his feet and shrugged his shoulders. “You look good

today, Mr. Smite. Is that a new pair of pants?” When he smiled, there were two perfect

dimples on his rugged face.

“Don’t change the subject on me, Able,” Carl said. “I’ve worn these slacks many

times and you know it. You should know by now that just because you’re better looking

than the average man, silly flirtatious remarks won’t work with me. I’ve used them all

before myself, and you can’t con me.” Carl was wearing tan slacks, a white dress shirt,

and a weather-beaten black wool sport jacket with threadbare elbows. There was a long

beige scarf around his neck to keep him warm. He wore this outfit, and a few others like

it, all the time. He preferred a classic look that lasted, and didn’t believe in wasting

Able laughed. “Did you get a haircut?” he asked. Then he spread his muscular

legs wider; his right hand moved around in his pants pocket.

Carl pressed his lips together and folded his arms across his chest. He knew Able

was groping his penis on purpose, hoping Carl would become distracted and forget about

why he’d called him into the showroom. Able was always doing annoying things like this;

there was always a sex-starved expression on his face. He’d touch Carl’s arm and breathe

on his neck when Carl least expected it. He’d press his large, thick fingers into Carl’s

shoulder and leave them there a moment too long. When the weather was warm, he’d

wear skimpy shirts to show off his chest muscles, and worn jeans that fell so low on his

young waist that Carl could see the waistband of his underwear. Sometimes he was even bold enough to place his palm on the small of Carl’s back and guide him through the

But Carl always stepped away from him. He’d pull back fast and take control of

the situation. He was much too sensible to be distracted by anyone’s good looks.

Carl owned one of the most successful, important antique stores in the city and his

only concern was money. The fact that he hadn’t made any money that day infuriated him.

junk in discount department stores. Holidays made Carl clench his fists; they always

interfered with normal business. So Carl pointed to the deposit bag filled with change and

said, “I didn’t call you in here to talk about the homeless or getting drinks. I need you to

make a deposit this afternoon.” It made him feel calm and warm inside to know that at

least something was going into the bank that day.

o’clock in the afternoon on Christmas Eve, Mr. Smite. The banks are all closed. And the

snow is really starting to accumulate out there. We’re supposed to be getting at least nine

inches.” When he said nine inches, he gave Carl a naughty look and smiled. Then he

pushed his dick forward and tugged the shaft a few times on purpose.

worn jeans, he took a quick breath and said, “You can go across town to the main branch

of the bank, and put the money in the drop-off box.” Then he handed Able a long, thin

key to the bank deposit box and said, “Don’t waste time either. When you come back, I

the time we close tonight.” Able pulled his hand out of his pocket and took the key from Carl. He put the key

into his pants pocket and pulled a pair of black gloves out of his coat pocket. Before he

put on the gloves, he pulled a ten-dollar bill out of his back pocket and placed it on Carl’s

Carl looked down at the money and said, “What is this for?”

Able put on his gloves and reached for the deposit bag. “I ordered a sandwich

from the deli down the street. I haven’t eaten anything all day and I’m not going to have

time to eat anything before I get to the shelter, so I ordered something. Ten dollars will be

Carl pointed to a rumpled brown bag on his desk and said, “I brought my own

lunch today, a cheese sandwich on white bread and an apple. You’ll never have any

money if you keep squandering it away on sandwiches from delis, Able. After all, you

don’t find ten dollars in the street every day.”

Able pressed his lips together and took a deep breath through his nose. He said in

a lower, controlled voice, “I usually skip lunch, Mr. Smite, to save money. I never order

out. But I figured I’d splurge today because it’s Christmas Eve.” Then he turned away

from Carl and crossed toward the front door. On the way out he asked, “Is there anything

Carl shook his head and said, “Just get back here as quickly as you can so you can

finish that chair before the day is over. I’ll be looking at the clock while you’re gone. If

you don’t finish the chair by eight, I’m keeping the store open until you do. And I don’t

care what time that is.” “Yes, Mr. Smite,” Able said. “I’ll be right back and I promise I’ll have the chair

finished by eight.” Then he pushed the door open and a small bell on a Christmas wreath

up from his desk and forced a smile. He’d been reading the financial pages from

of the shop next door to him tossed his in the street trash cans every night.) His first

thought was that a customer had entered the store. He wanted to sell at least one item that

day. He was hoping it was someone older who would be attracted to him.