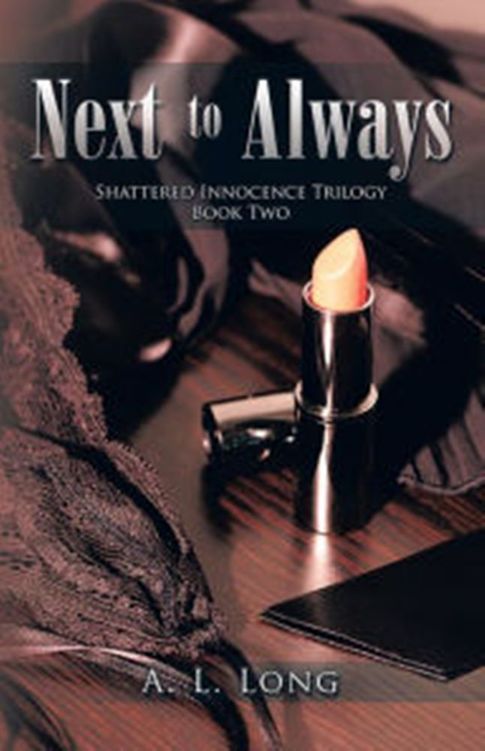 All rights reserved. No part of this book may be used or reproduced by

any means, graphic, electronic, or mechanical, including photocopying,

recording, taping or by any information storage retrieval system

without the written permission of the publisher except in the case

of brief quotations embodied in critical articles and reviews.

This is a work of fiction. Names, characters , places and incidents either are the product of the

authors imagination or are used frictionally and any resemblance to any actual person, living

or dead, events or locales is entirely fictional

Because of the dynamic nature of the Internet, any web addresses or links

Any people depicted in stock

imagery provided by Thinkstock are models, and such images are being used

“You are such an imbecile. How could you allow her to be rescued without finishing the job? I knew I shouldn’t have counted on you to carry out my plan. I should have realized that when you got yourself transferred from Northgate. Stupid, stupid, stupid,” she belted.

“How was I supposed to know that she would bite me? She almost took my whole finger off. Don’t you even care? What does it matter that she got rescued? She told Rade she never wanted to see him again. Wasn’t that the whole purpose of your plan? To make sure they would never be together,” he argued.

“I hate leaving things unfinished. You thought that sharing that bit of information with her about Rade owning Northgate Financial would have steered her away from him. We know how well that turned out. Somehow you need to get close to her. The best way for you to do that is to get hired at BlackStone Industries. She has no reason not to trust you. With your theatrical background, she would be none the wiser,” she advised.

“How do you expect me to get hired there? It’s not like they are looking for a gay administrative assistant,” he asked.

“It shouldn’t be that difficult. After all, you managed to get hired at Northgate, didn’t you? I remember distinctly they didn’t need an administrative assistant then either. I don’t care what you need to do. You will get a job at BlackStone. It’s the least you can do with the screw-up you caused me,” she spat.

“Yeah, yeah. If I do this, will I get a reward? I could really use a little attention. How about I let you tie me up and have your way with me?” he requested.

“The only thing you are in for is a good spanking. Maybe the punishment will remind you to do what you are told.”

Staring out the window, Rade could never forget the night at
The Castle
and the heartache it caused him. A week had passed since that horrible night. There wasn’t a moment that went by that he didn’t think about Dylan. He tried every day to get in touch with her, with no success. He even went to Northgate to talk to her, only to find that she had taken a leave of absence. Rade knew he should have followed her when she left that night, but Richard convinced him that she needed time. Letting her go only left him feeling empty and helpless. He couldn’t stand not knowing how she was. It was beginning to take a toll on him. He couldn’t eat, sleep, or concentrate on anything other than her.

As Rade watched the clouds roll in through his office window, there was a beep from his phone intercom. “Excuse me, Mr. Matheson, but Veronica is on line one for you.” Rade turned as he heard Gwen’s voice coming over the speaker.

“Thank you, Gwen,” Rade said as he acknowledged his call.

Picking up the receiver and pushing the lit button on his desk phone, he answered sternly, “Veronica, what can I do for you?”

Veronica had been worried about Rade since she received the call from Dylan three days ago notifying her that she was taking a leave of absence. It did not sit well with Rade. Now she had to share something worse. It was not going to make this day any easier for him.

“I’m afraid I have some bad news, Rade. Dylan contacted me this morning. She will be giving Northgate her resignation,” Veronica said in a soft voice as she told Rade the news. “There’s more. She said she wouldn’t be living in the apartment any longer and she will be turning in her keys.”

This was the last bit of news Rade wasn’t in the mood to hear. “Did she say where she would be staying or where she could be reached?” Rade needed to find a way to get in touch with her.

“She only stated that she could be reached through her friend Lilly Davis. She didn’t leave any other contact information or where she would be staying.” Veronica wished she had more information, but this was all she had. “Rade, if you need anything, just let me know.”

“Thanks, Veronica. Keep me posted if you hear anything else from Dylan.”

Nothing could have been added to this already gloomy day other than finding out that Dylan was moving further away from him. Everything he had with her would soon to be gone forever. There had to be a way that he could reach her. He needed to explain to her that he had nothing to do with what happened to her. He would stop at nothing to find the asshole who was responsible for hurting her. He already had a pretty good idea, but there was no proof. No one had come forward to admit witnessing Dylan being led to the dungeon rooms in the basement. There was no sight of the man who brutally laid his hands on her either. If he ever found out who the man was, he would kill him. His concern now was to get in touch with Lilly. Maybe that would be where he would find Dylan. But first he needed answers.

“Richard, it’s Rade. Is there any more information on the assault on Dylan?” Rade was pacing his office floor as he talked with Richard.

“Yes, sir, but it isn’t good. Unfortunately, there are no cameras in the dungeon rooms. There are only cameras located in the hallways. We already know that Dylan was led by someone in a cape, which we know was a woman. We can’t say for sure who she was since her face was hidden. The footage doesn’t show anyone else entering the room other than the woman and Dylan. Whomever entered the room had to know the location of the cameras in order to enter the room without being seen. We still don’t have any leads on who that was. Everyone has been accounted for. Whoever it was wasn’t on the guest list. If any new information comes up, I’ll let you know.” Richard wished he had better news for him, but there just wasn’t a whole lot to go on without being able to talk to Dylan.

When Rade left his office, he was utterly drained. It wasn’t from the lack of sleep he had, but from the continual thoughts of Dylan plaguing him. Pulling up to his spot in the parking garage, he could see that Peter was leaning on the Mercedes. Rade had recently found out that Peter had been dating Lilly. He asked Peter to meet him at the penthouse so he could get some information from him.

Rade climbed out of his Aston Martin to greet Peter. “Hey, Peter.” Rade walked up to Peter extending his hand to him. “Thanks for coming by.”

“Not a problem, sir. What can I do for you?” Peter asked, having a pretty good idea as to what Rade was about to ask him.

“I understand that you ‘re dating Dylan’s friend Lilly Davis. I need to find out if Dylan is staying with her. If there’s a chance that I can get in touch with Dylan there, I need to know,” Rade said with desperation in his voice.

“If I tell you where she is, I need to be assured that it won’t come back to me. The last thing I need is to have Lilly mad at me.” Peter was concerned about giving Rade what he requested, but he also knew if he didn’t, Rade would make it hard on him.

Once Rade convinced Peter to let him in on Dylan’s whereabouts, he headed up to his penthouse. Sure, he could have waited for Richard to find out for him, but he wasn’t sure how long he could wait. He needed to talk to Dylan as soon as possible. Too much time had already passed and he wasn’t going to wait a minute longer.

Rade quickly showered and changed his clothing before heading to Lilly’s condo. Changed into a pair of faded blue jeans and a button down shirt, he was out of his door twenty minutes later. On the way down to the parking garage, Rade got a ping on his cell notifying him of an incoming text message.

Richard: Got more information from Dane. May know who was with Dylan that night.

Rade: Who is the fucker?

Richard: An uninvited guest. May have been let in unnoticed. We’ll get more details.

Rade: Let me know what you find out.

Rade was furious. He knew Dane would never allow an uninvited guest to enter his club. With the amount of security Dane had covering the club, he was pretty sure that either an employee or another guest let the assailant in. For now, he would let them figure out these details. Rade’s focus had to be on getting to Dylan so he could sort things out with her.

Rade pulled up to Lilly’s apartment building in record time. He was lucky he didn’t get pulled over for speeding. Lilly’s apartment was located in upper Manhattan. The building looked to be secure. At the very least, he was assured that Dylan would be safe staying with her friend. When Rade stepped inside the building, he saw the same two security guards manning the front desk as before. As he walked over to the front desk, one of the men greeted him.

“Can I help you out, sir?” the bigger of the two men said.

“I’m here to see Ms. Davis. Please let her know Rade Matheson is here to see her.” Rade felt that the two men were not happy to see him by the way they snickered at his request. “Please tell Ms. Davis it’s important I speak with her.”

Rade couldn’t hear the conversation on the other end of the line, but he could tell that Lilly wasn’t willing to see him. His hunch was confirmed when the security guard handed Rade the phone.

“Ms. Davis would like to speak with you,” the guard said as he handed Rade the phone.

“Lilly, I just want to talk to Dylan. Please let me up,” Rade said as he pleaded with her.

“She isn’t here, and even if she was I wouldn’t let you near her,” Lilly responded firmly.

“Can you at least tell me where she is? I really need to talk to her and she isn’t answering any of my calls.” Rade had gone beyond pleading. He was begging Lilly for the information.