Read I am Wolf (The Wolfboy Chronicles) Online

I am Wolf (The Wolfboy Chronicles) 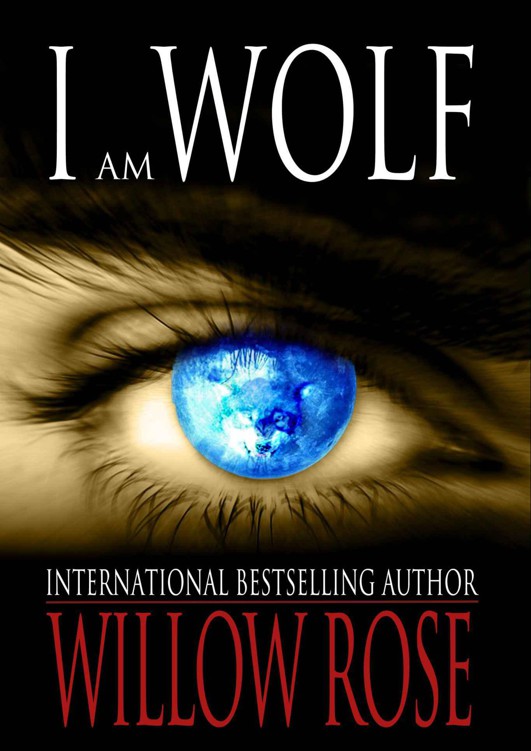 No part of this book may be reproduced, scanned, or
distributed in any printed or electronic form without permission from the
author.

This is a work of fiction. Any resemblance of characters
to actual persons, living or dead is purely coincidental. The Author holds
exclusive rights to this work. Unauthorized duplication is prohibited.

Special
thanks to my editor Jean Pacillo

Forever is just a minute
to me.

I
WAS NO MORE
than a boy when it happened. Seventeen
years old and still living in my native country of Romania. The year was 1940.
Those were years of many changes. The Nazis had invaded our neighbors in Poland
and caused many problems to Jews in our country as well. Including my parents.

Being Jewish in Romania had never been easy.
Anti-Semitism had thrived for centuries. In Romania it began as early as in
1579 when the sovereign of Moldavia, Petru Schiopul, ordered the banishment of
the Jews on the grounds that they were ruining established merchant businesses
and for allegedly exploiting the Christian population in order to enrich
themselves. That was when it all started.

Now it was worse than ever. Students formed movements
against us at the major universities, organized and financed by the Ministry of
the Interior. One such movement became very significant during those gruesome
years. They called themselves “The Legion of the Archangel Michael.” The legion
formed terror cells and claimed responsibility for the murder of several Jews.
Later that movement became known as the “Iron Guard” and was responsible for
persecuting hundreds of thousands Jews in Romania.

My family was among those persecuted.

In 1940 we were still a wealthy family living in a
small castle in the mountains outside of Bucharest, the capital. Times were
hard even if we had a family fortune. My father had recently lost his job
because of his Jewish heritage.

As German penetration into the Romanian economy
increased a considerable number of Romanian politicians agreed to serve German
interests in exchange for directorships in German-Romanian companies. German
trade agreements with Romania always demanded the removal of Jews in the branch
involved. Up until then my father had been an influential man. He had held
several places on boards of big companies and despite being a Jew he was well
respected. People would listen to him and his financial advice.

In the summer of 1940 it was suddenly over. They took
his steel company from him. The very company he had built from nothing and made
into a huge success employing thousands of Romanian workers. One day during
that summer in 1940, he arrived at the factory and found it had been shut down.
All the workers had been sent home, the fence cut down and all the windows
broken.

The entrance to the building was blocked. A man from
the Iron Guard handed my father a piece of paper stating that the company was
closed and the state had taken over the property and factory. For days my
father went to lawyers all over town to try and reclaim his factory and right
to produce steel. Most of them wouldn’t even speak to him out of fear for their
lives and their families’ lives, they said. That was when my father knew he was
defeated and realized that all there was left now was to protect his own
family. So we started cultivating the land surrounding our property in the
mountains. Soon we became self-sufficient and there was no longer any need for
us to go into town, which my parents now considered as dangerous. My three
brothers, my sister and I were all forbidden to go back there again. It was too
dangerous they said. But when you’re seventeen that only makes it more
interesting.

I was supposed to ride into the forest and find wood
for our fireplace that day in December when it all happened. My mother needed
wood to cook on the stove and heat up the kitchen where we ate our meals. They
had to close most of the castle down during the cold months of winter. They
simply couldn’t heat all the rooms, especially because they had high ceilings
and walls of stone.

I really wanted to go find the wood as promised to my
dear mother and on top of it I was planning on hunting down a few animals, maybe
even a deer to feed the family for the next couple of days. But something was
drew me in the opposite direction. Something, a feeling, a teenager’s curiosity
- or maybe just stupidity - made me pull the horse in the wrong direction. I
hadn’t been in the capital for months and I wanted to know what was going on.

Of course I had heard rumors. My brothers had
whispered about it at night and I had overheard peasants talk to my dad about
it without them knowing I was listening. I had seen it on my parent’s faces at
night when they spoke and my mother cried while my dad put his arms around her.
Something really bad was happening and for the first time in my life my parents
were scared to death.

I knew it was a horrible idea, yet I did it anyway.

I rode across the country leaving the castle and the
forest behind me. I knew I had to be back before sunset to not upset my mother.
I stopped my mare just outside the city walls. Then I walked the rest of the
way. Slowly, making sure no one would see me. I walked on the path leading to
the city when I heard a noise behind me and I had to throw myself in the side
of the road to hide. A big truck passed me on the road. As I carefully lifted
my head to look I realized it was loaded with people. My heart was pounding as I
watched these tormented faces of women and children holding each other tight
and crying.

It was true, I thought. The rumors about people being
transported from their villages and to camps were actually true. I wondered if
it was true that they were also killed there. I couldn’t believe it. Who would
kill innocent women and children?

That was the first time I met true gruesomeness and
evil in humans. Back then I didn’t comprehend the extent of it, the depth of
the evil in this world as I understand it now many years later. But soon enough
I would stand face to face with it. I followed the truck by running far behind
it in the high grass, hiding behind shrubberies and trees until it stopped
inside of the town.

I felt my heart race in my chest as I heard the
soldiers order the women and children out of the truck and line up against a
brick wall.

They did so a little reluctantly, some were sobbing,
others were crying loudly. Then the soldiers lifted their weapons and shot
them. One by one. First the mothers, then their crying children. Their lifeless
bodies tumbled to the ground almost soundless. Was it because the shock had
deprived me of my senses, of my ability to hear? I remember vividly hearing
nothing but my own deep breath while the shots were fired. I fell to the ground
in agony holding my hands to my mouth forcing myself to not scream, biting my
hand to blood in pain.

Oh this cruelty, this inhumane evil that was revealed
to me, this innocence that was ripped out of me. It hurt; it deprived me of my
childhood, of my youth, of my childlike belief in the good in human kind.

That belief could never be returned to me. I remember
wanting to intervene, wanting to stop them. I remember feeling angry beyond
anything I had ever felt before. It was overwhelming, but even more so was the
feeling of helplessness. There was nothing I could do to help these people,
these innocent women and children. I suddenly understood my parents’ desire to
keep hidden from the world, to keep us away from what was going on outside of
our property.

Suddenly I wished I hadn’t disobeyed them.

I held my breath for a long time while the soldiers
picked up the dead bodies and threw them back on the truck. I cried soundlessly
while they kicked the corpses and made fun of them and even went through their
small packages of belongings and picked out the gold in their teeth. Even after
the truck had taken off and I was left alone in the small street with closed up
houses I was unable to move.

I waited an hour maybe even two before I slowly looked
around the corner again and realized that they were in fact gone. I was
breathing heavily as I stared at the blood on the brick wall where the women
and children had stood. I felt suffocated, paralyzed.

Slowly I backed up and started to run.

I
BROKE OUT IN
a cold-sweat and shivered all over my
tall, skinny body as I ran towards my mare. My hands were shaking when I
grabbed the reins. She looked at me with her big, brown compassionate eyes and
I had a feeling she somehow knew, that she sensed that something had happened
to me.

I jumped on her back and galloped towards the forest -
not looking back at the city.

When the trees of the forest finally covered us and I
knew we were safe I pulled the reins to slow her down. Finally I had a minute to
catch my breath. Pictures of what I had seen flickered before my eyes and I
knew I was never going to be able to escape them. The eyes of those women and
children were painted inside of my brain.

Up until now I had led a protected life; I had been
spared from this world and its cruelty by a loving family who wanted nothing
less than the best for me. I wanted desperately to go back to that place, to
that sense of security. But it was too late. The child in me was gone.