here's the picture that was waiting -for me.

AH X can Say is, if anyone wants a free yearbook, they can dig one out of the trash can in the back of the cafeteria.

You know, Rowley can have Class Clown for all X care. But if he ever gets too big for his britches, X'll just remind him that he was the guy who ate the_. 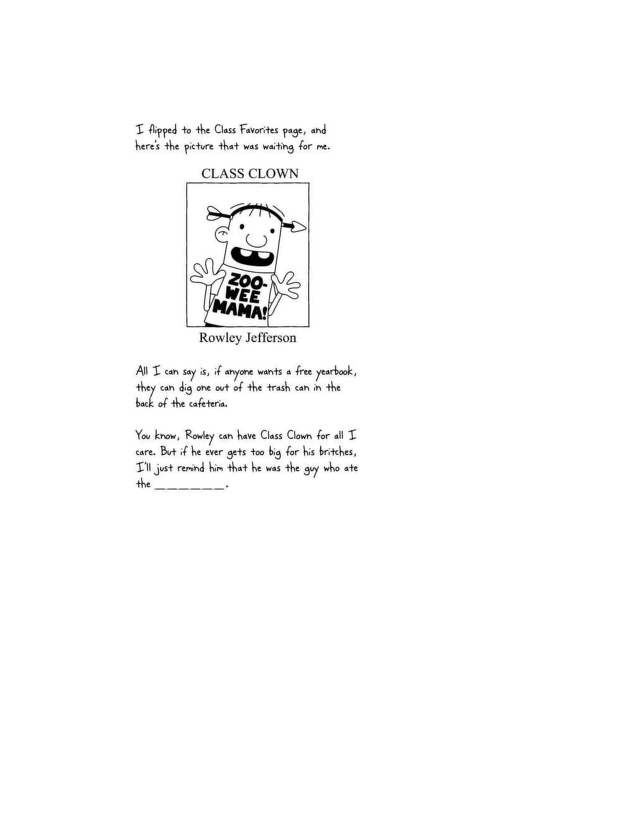 There are many people who helped bring this book to life, but four individuals deserve special thanks:

Abrams editor Charlie Kochman. whose advocacy for
Diary of a Wimpy Kid
has been beyond what I could have hoped for. Any writer would be lucky to have Charlie as an editor.

Jess Brallier, who understands the power and potential of online publishing, and helped Greg Heffley reach the masses for the first time. Thanks especially for your friendship and mentorship.

Patrick, who was instrumental in helping me improve this book, and who wasn't afraid to tell me when a joke stunk.

My wife, Julie, without whose incredible support this book would not have become a reality.

Jeff Kinney is the creator of Poptropica.com. He spent his childhood in the Washington, D.C.. area and moved to New England in 1995. Jeff lives in southern Massachusetts with his wife, Julie, and their two sons, Will and Grant. 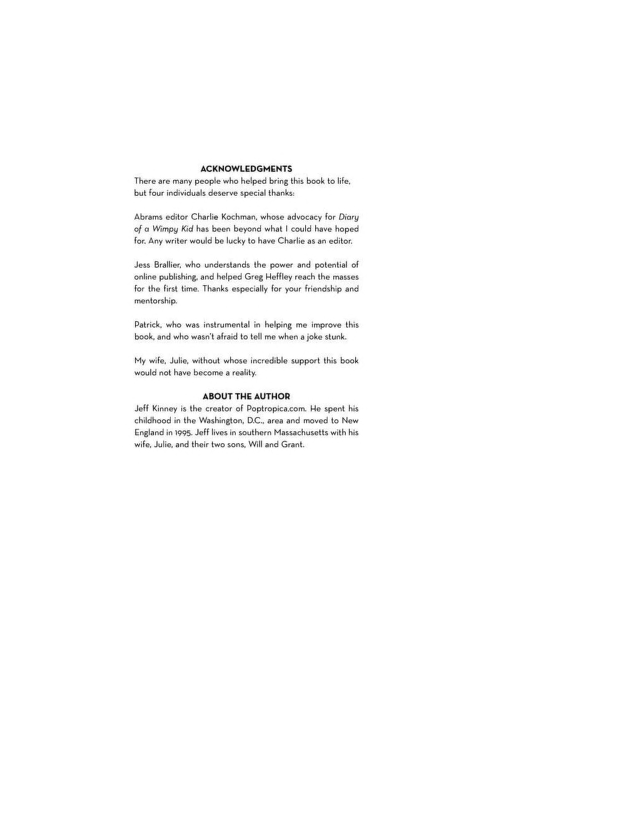 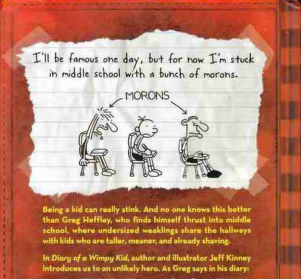 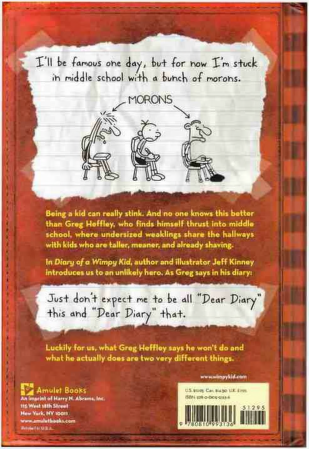