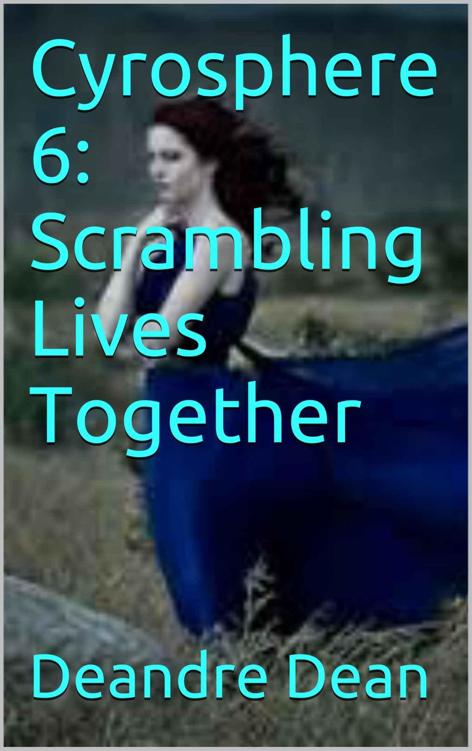 Any similarities in places, characters or stories are strictly coincidently. All works in this book are fiction and the workings of creator Deandre Dean; please follow Calvin King Rivers on Twitter. I value all comments, and thank Amazon for publishing our books. Thank you for purchasing this book, and please tell your friends about it because everyone has a different viewpoint and make take something valuable from these pages.

I want to dedicate this book to the a few people that supported me, such as Jason Lopez and Jason Tobias. Two incredibly talented actors that I have befriended. And my friend NZ who has been buying all my books along with helping edit when she has time.

Ginger stood there in total shock. How could they think Stacey was dead? She didn't want to believe, she couldn't considering the bond they shared didn't feel served.

She looked up at Mark and wished he'd believe her. If anyone she wished believed her, it was him. He always made her feel encouraged as she turn to look at Shalice. Shalice Kincaid didn't believe her own daughter was dead as she stood before a weeping Aaron Darkholme.

She wonders, "How could her stepfather believe that Stacey was gone?"

Ginger was expressing disbelieve while Aaron was in grief. Before she could react the anger from Yvette was hitting her full force. She hadn't recovered fully and her walls were down.

The downside to being an empath is she felt everything and at full force. Yvette was like a rocket about to explode. Yvette stood before her parents and looked at her mom dead in the eye.

The glare could melt ice. Yvette poked Shalice, who responded with an innate shiver. Yvette demands, "So you're alive and now you put my little sister in danger. You better find her!"

Icy words as the tears pooled down her cheek.

Shalice responds, "I will baby. You two are my world."

Yvette shrugs off the hug that Shalice tries to give and takes off upstairs. Ginger stares at Shalice in bafflement like the others here. Shalice rushed down the hall to the bathroom.

The door slams and locks. Ginger sighs and figures she'll handle Shalice first then talk to Yvette before she found Stacey.

Ginger tells Aaron to clear out everyone and she'll take care of all this family drama. She marches down the hall with renewed strength.

Responsibility always seems to fall on her shoulders.

Standing outside a bathroom where it wasn't technically her house, but the wife of the owner was a litter surreal. She knocked silently and wondered if Shalice even heard her out of all the commotion out here.

A few seconds ticked by and before Ginger could try again. Shalice clicked open the door and pulled her into the private bathroom. It was huge; the same size as her own why guests loved to come visit her. Aaron made this house feel so homey.

She wondered how Shalice knew it was her at the door and the look on Shalice's face must have given her away.

Shalice answers, "I cast a spell to see through the door, hoping it was Yvette coming to apologize but I appreciate you checking up on me."

Ginger smiles and says, "I don't mind. Are you okay?"

Shalice looks around the bathroom, smiles and replies, "Actually I am. I am home free from telepathic plants terrorizing me. It is a huge relief."

Ginger actually felt good and suggested, "How about we rescue your daughter and give the homecoming you expected."

Shalice grins and nods before stating, "Sounds like a plan to me."

They leave the bathroom and everyone gladly has left so she goes upstairs to check on Yvette.

Ginger hoped this would be as easy as she knocked lightly and entered before getting a response. Yvette was laid face down away from the door with ear-buds blasting Metallica. She couldn't help but smirk as she nudged Yvette.

Yvette pulls out her ear-buds, sit down on the bed as Ginger takes a seat alongside the edge.

Ginger states, "We need to talk."

Ginger clarifies, "Don't be cute. Your mom is back. More then that, she isn't dead. Why aren't you a little excited and remember I can read emotions before you attempt to lie."

Yvette sighs and answers, "She basically abandoned us so I have no reason to be jumping for joy."

Ginger states, "That isn't true and you know it. Maybe before you jumped down her throat you could have asked all these questions and got clarification."

Yvette replies, "True but then we wouldn't be having this lovely conversation."

Ginger rolls her eyes and says, "Alright Ms. Snarky. Your mom and I are going to try and find Stacey. Okay? Rest up and try to I don't know be constructive. Work on a case or try yoga."

She gets up as Yvette puts her ear-buds back in. Ginger thinks, "Oh I hope parenthood isn't this much fun."

Now that Ginger has dealt with all these issues, she goes downstairs to see Shalice drinking tea with Aaron and laughing. Just like old times she suspects, when an idea of how to find Stacey pops in her head.

Her phone. She goes back upstairs, grabs it and texts Jensen to get back over here ASAP. He was here earlier but with all the drama he must have gone to a hotel or something.

Next was to figure out a list of people who would want to take Stacey since she was alive. Aaron could help with that so when she sat down and gave her theory, he got to work compiling a list.

Aaron nodded and states, "I'll go to legacy now and get a team on this."

Shalice asks, 'What should I be doing?"

Ginger says, "Don't worry. You'll be helping; we are just waiting on..."

They all turn to Jensen Saunders who teleported into the house. Shalice, who hadn't seen him in years, jumps up and pulls him into a huge hug.

That was a shocking response. They must have been friends as he pulled back from the hug.

Jensen says, "I can't believe this. You're alive. Can this be?"

Shalice smiles and answers, "It is and I am. I sense it. So you are her mentor?"

Her eyes had turned to me and I felt like I was under inspection. Ginger smiles as Jensen quickly explains the circumstances.

I have to interrupt, "So that is why I called you here. I am your avatar and Spider's but I don't much trust him no longer. Stacey is the avatar of Agnus Griffin, the original witch and elder. She has her own agenda but I am sure she knows something about Stacey's disappearance."

Aaron states, "I want you to be careful."

Aaron glares at me and says, "No really. If she is an elder, she isn't stupid. She might know where Stacey is but I don't want her found at your expense."

Luckily Shalice knew where Agnus lived because I had no idea. A quick spell opened a portal to Alabama, or at least the city's limits. It was the welcome sign on the side of the road and it was pitch dark so no one would see them using magic out in the open.

There was a magic barrier out here I could feel it. All I had to do was close my eyes to locate the entrance to wherever we were going.

There. Using my telekinesis I pushed to find the doorway, opened my eyes and let my magic open the way. A sign saying "Welcome to Planetiturium Magic City." We walked through the entrance way and I could tell that Shalice was impressed with my magic usage.

The barrier went back up once we walked through and I knew Agnus was powerful but not like this. Whatever she taught Stacey was not going to interfere with me finding my sister.

It was literally a city. People were walking around in their way to dinner, clubs or every normal day activities.

I slightly felt like I stepped into the Twilight Zone, as Shalice lead the way. Apparently she knew the way as we rounded a corner and came face to gate to a large bronze warning. There was a woman at a guard past behind the gate.

A sentry. Always alert and ready to pounce. It was none other then Imani Monroe. What the hell was she doing here? She opened the gate and hugged me like we were old friends. This was all very strange and I had no idea what I stepped in.

Shalice clears her throat and Jensen states they needed to see Agnus immediately. She looked uncertain but Shalice leaned in and said it was a matter of life or death which seemed to be the magic words.

In seconds we were personally escorted into the small four bed room house. I had to wonder, why a gate and a personal security fairy. Instead of asking, Jensen squeezed my shoulder warning me now was not the time to let me curious mind asking around where I shouldn't.

We stood outside a wooden door that cost more then my entire wardrobe. Standing outside her door, I had no idea how to handle the situation. I led Jensen and Shalice here with no actual real plan.

The door opened to reveal Oscar Whitelock and his smile faded when his gaze landed on mine. What the fuck was he doing here?

A billion scenarios had just ran through my head but the last person I suspect to see was Oscar, my timetraveling avatar from the future.

In no way was I prepared for this. I trained him and yet here he is in leagues with Angus and should be consulting me, not sneaking around behind my back.