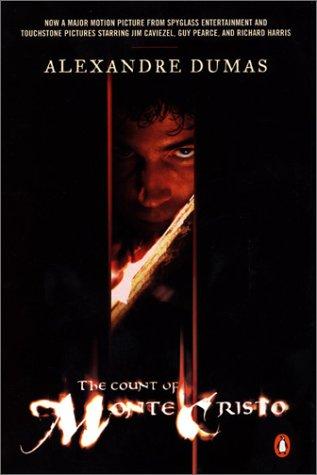 THE COUNT OF MONTE CRISTO

ALEXANDRE DUMAS
was born in 1802 at Villers-Cotterêts. His father, the illegitimate son of a marquis, was a general in the Revolutionary armies, but died when Dumas was only four. He was brought up in straitened circumstances and received very little education. He joined the household of the future king, Louis-Philippe, and began reading voraciously. Later he entered the
cénacle
of Charles Nodier and started writing. In 1829 the production of his play,
Henri III et sa cour
, heralded twenty years of successful playwriting. In 1839 he turned his attention to writing historical novels, often using collaborators such as Auguste Maquet to suggest plots or historical background. His most successful novels are
The Count of Monte Cristo
, which appeared during 1844–5, and
The Three Musketeers
, published in 1844. Other novels deal with the wars of religion and the Revolution. Dumas wrote many of these for the newspapers, often in daily instalments, marshalling his formidable energies to produce ever more in order to pay off his debts. In addition, he wrote travel books, children’s stories and his
Mémoires
which describe most amusingly his early life, his entry into Parisian literary circles and the 1830 Revolution. He died in 1870.

ROBIN BUSS
is a writer and translator who contributes regularly to
The Times Educational Supplement
,
The Times Literary Supplement
and other papers. He studied at the University of Paris, where he took a degree and a doctorate in French literature. He is part-author of the article ‘French Literature’ in
Encyclopaedia Britannica
and has published critical studies of works by Vigny and Cocteau, and three books on European cinema,
The French through Their Films
(1988),
Italian Films
(1989) and
French Film Noir
(1994). He is also part-author of a biography, in French, of King Edward VII (with Jean-Pierre Navailles, published by Payot, Paris, 1999). He has translated a number of other volumes for Penguin, including Jean Paul Sartre’s
Modern Times
, Zola’s
L’Assommoir
and
Au Bonheur des Dames
, and Albert Camus’s
The Plague
.

The Count of Monte Cristo

Translated and with an Introduction and Notes by
ROBIN BUSS

The moral right of the translator has been asserted

Except in the United States of America, this book is sold subject
to the condition that it shall not, by way of trade or otherwise, be lent,
re-sold, hired out, or otherwise circulated without the publisher’s
prior consent in any form of binding or cover other than that in
which it is published and without a similar condition including this
condition being imposed on the subsequent purchaser

1802
Alexandre Dumas is born at Villers-Cotterêts, the third child of Thomas-Alexandre Dumas. His father, himself the illegitimate son of a marquis and a slave girl of San Domingo, Marie-Cessette Dumas, had had a remarkable career as a general in the Republican, then in the Napoleonic Army.

1822
Dumas takes a post as a clerk, then in 1823 is granted a sinecure on the staff of the Duke of Orléans. He meets the actor Talma and starts to mix in artistic and literary circles, writing sketches for the popular theatre.

1824
Dumas’ son, Alexandre, future author of
La Dame aux camélias
, is born as the result of an affair with a seamstress, Catherine Lebay.

1829
Dumas’ historical drama,
Henri III et sa cour
, is produced at the Comédie-Française. It is an immediate success, marking Dumas out as a leading figure in the Romantic movement.

1830
Victor Hugo’s drama
Hernani
becomes the focus of the struggle between the Romantics and the traditionalists in literature. In July, the Bourbon monarchy is overthrown and replaced by a new regime under the Orléanist King Louis-Philippe. Dumas actively supports the insurrection.

1832
Dumas makes a journey to Switzerland which will form the basis of his first travel book, published the following year.

1835
Dumas travels to Naples with Ida Ferrier (whom he will later marry), has a passionate affair in Naples with Caroline Ungher and falls in love with Italy and the Mediterranean.

1836
Triumph of Dumas’ play
Kean
, based on the personality
of the English actor whom Dumas had seen performing in Shakespeare in 1828.

1840
Dumas marries Ida Ferrier. He travels down the Rhine with Gérard de Nerval and they collaborate on the drama
Léo Burckart
. Nerval introduces Dumas to Auguste Maquet who will become his collaborator on many of his subsequent works.

1844
The year of Dumas’ two greatest novels:
The Three Musketeers
starts to appear in serial form in March and the first episodes of
The Count of Monte Cristo
follow in August. Dumas starts to build his Château de Monte-Cristo at St-Germain-en-Laye. He separates from Ida Ferrier.

1845
Twenty Years After
, the first sequel to
The Three Musketeers
, appears at the beginning of the year. In February, Dumas wins a libel action against the author of a book accusing him of plagiarism. Publishes
La Reine Margot
.

1848
A revolution in February deposes Louis-Philippe and brings in the Second Republic. Dumas stands unsuccessfully for Parliament and supports Louis-Napoléon, nephew of Napoleon I, who becomes President of the Republic.

1850
Dumas is declared bankrupt and has to sell the Château de Monte-Cristo and the Théâtre Historique. Publishes
The Black Tulip
.

1851
In December, Louis-Napoléon seizes power in a coup d’état, effectively abolishing the Republic. A year later, the Second Empire will be proclaimed. Victor Hugo goes into exile in Belgium where Dumas, partly to escape his creditors, joins him.

1858
Founds the literary weekly,
Le Monte-Cristo
. Sets out on a nine-month journey to Russia.

1860
Meets Garibaldi and actively supports the Italian struggle against Austria. Founds
L’Independente
, a periodical in Italian and French. Garibaldi is godfather to Dumas’ daughter by Emilie Cordier.

1861–1870
Dumas continues to travel throughout Europe and to write, though his output is somewhat reduced. None the less in the final decade of his life, he published some six plays, thirteen novels, several shorter fictions, a historical work on the Bourbons in Naples and a good deal of journalism. He had a last love affair, with an American, Adah Menken, and indulged his lifelong passions for drama, travel and cookery.

‘Ah, a children’s novel,’ a Russian film-maker remarked when I told her that I was translating
The Count of Monte Cristo
. The comment was not intended to be disparaging, merely descriptive; and many people, in different cultures, would tend to agree with the categorization. Most will derive their idea of the novel, not from having read it, but because a kind of abstract of the storyline exists as part of the common culture: innocent man imprisoned, meets fellow-prisoner who directs him to a buried fortune, escapes and plots revenge. It has been adapted for film, television and the theatre, as well as being translated, abridged and imitated in print. It has supplied material for cartoons and comedy: the Irish comedian Dave Allen used to do a series of sketches around the theme of a young man (Dantès) breaking through a dungeon wall and encountering an old, bearded prisoner (Abbé Faria). Some events in the story are so well-known that they exist apart from the novel, like Robinson Crusoe’s discovery of Man Friday’s footprint, or incidents and characters from
Treasure Island
and
Frankenstein
.
The Count of Monte Cristo
is one of the great popular novels of all time and, like other popular novels, it has suffered the fate of being treated as not fully ‘adult’ fiction; like children’s fiction, it seems to inhabit a realm outside its creator’s biography and the period when it was written.