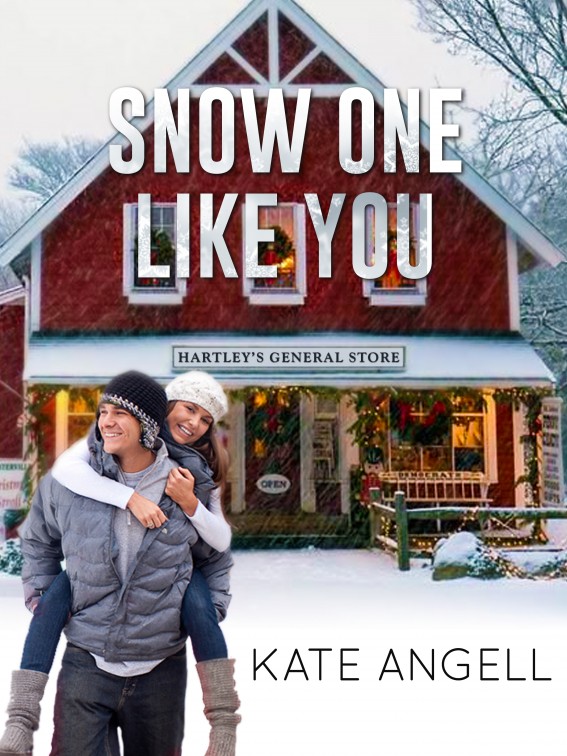 All rights reserved.
Without limiting the rights under copyright reserved above, no part
of this publication may be reproduced, stored in or introduced into
a retrieval system, or transmitted, in any form, or by any means
(electronic, mechanical, photocopying, recording, or otherwise)
without the prior written permission of both the copyright owner
and the above publisher of this book.

This is a work of fiction.
Names, characters, places, brands, media, and incidents are either
the product of the author's imagination or are used fictitiously.
The author acknowledges the trademarked status and trademark owners
of various products referenced in this work of fiction, which have
been used without permission. The publication/use of these
trademarks is not authorized, associated with, or sponsored by the
trademark owners.

This ebook is licensed for
your personal enjoyment only. This ebook may not be re-sold or
given away to other people. If you would like to share this book
with another person, please purchase an additional copy for each
person you share it with. If you are reading this book and did not
purchase it, or it was not purchased for your use only, then you
should return to Smashwords.com and purchase your own copy. Thank
you for respecting the author's work.

This ebook is licensed for
your personal enjoyment only. This ebook may not be re-sold or
given away to other people. If you would like to share this book
with another person, please purchase an additional copy for each
person you share it with. If you're reading this book and did not
purchase it, or it was not purchased for your use only, then you
should return to Smashwords.com and purchase your own copy. Thank
you for respecting the author's work.

OTHER BOOKS BY KATE
ANGELL

NO BREAKING MY HEART

NO SUNSHINE WHEN SHE’S GONE

Allie Hartley swiped her palm across
one corner of the front window of Hartley’s General Store, clearing
the condensation. Then drew her hands beneath the sleeves of her
white cable-knit sweater to keep them warm. The weather had shifted
drastically within the last hour. A howling wind and slanting
flurries now flattened the fat, fluffy snowflakes that had
glistened beneath the vintage street lights, foretelling Christmas
Eve. She could no longer see the sidewalk. Main Street was a blur.
Cautionary whiteout conditions existed.

The electricity flickered. She lit
hurricane lamps, to be on the safe side. The flames danced within
the amber globes. Flashlights had new batteries. There would be no
stumbling around in the dark, should the lights go out. A reclaimed
cast-iron fireplace stood ready. She’d stacked sufficient wood. She
would stay warm.

No store owner in her right mind would
remain open.

No sane customer would be out on a
night like this.

Snowbound lived up to its name. The
town tucked in for the night. It was time to lock up.

She crossed to the door, ready to set
the deadbolt. She never had the chance. The door flew open.
Slamming back against the wall. Old Man Winter blew a man inside. A
very big man. One wearing a full face helmet and snowmobile suit. A
black backpack slung over one shoulder. He stomped his heavy,
winter boots, and made his own snowdrift.

Rhys
Forester
. Allie would know him anywhere.
Even in the middle of a blizzard.

Helmeted and snow-covered. He was an
old friend, and an unexpected pleasure.

He put his shoulder to the door,
closed it. Locked them in. The slide of the deadbolt was loud in
the silence. A significant sound of shutting out the world. Only
the two of them existed.

She took a giant step back.

He took one forward.

They had an undeniable rhythm between
them. A friendship that started in diapers and withstood thirty
years. He was practically a member of the family. Their attachment
was healthy. Solid. Casual and smooth. No pressure.

Up until December
10
th
.
Three-thirty in the afternoon, to
be exact. Time had stopped for her. An unanticipated incident had
affected them both. Startling her, and surprising the hell out of
him.

She relived the moment in her mind.
She’d been decorating the store for Christmas when Rhys stopped by.
He had free time, and she coerced him into helping. Hot chocolate
in exchange for stringing holiday lights. He retrieved the box from
the attic and began untangling them. It took him a good long
while.

There was a lot to do, and she’d dealt
with her own decorations, determined to climb the ladder and tack a
plastic sprig of mistletoe on a low hanging beam. Rhys warned her
not to use the rickety wooden ladder. It wasn’t safe. She was
accident prone. He would drag the aluminum ladder in from the
storeroom once he finished the strands.

She’d ignored him. She was competent.
Capable. Or so she thought. Securing the ladder, she climbed. Up
five rungs, and the sixth splintered. She’d slipped. Started to
fall. A big splinter sliced her palm when she tried to hang on. She
scratched her ankle on the broken rung.

A man of quick reflexes, Rhys lunged,
catching her. She’d landed flush against him. Her lips, his mouth,
a hairs’ breadth apart. Her breasts pressed his chest. Her stomach
contoured the flat of his belly. Her hips cuddled his groin. Their
thighs tensed. She’d felt every masculine inch of the man. He’d
felt nice. Very, very nice.

She didn’t move and neither did he.
They’d both looked up at the same time. They stood under the
mistletoe. An invitation to kiss. And they did. His mouth smoothed
across hers. Tentatively at first. Light pressure. An exchanging of
breath. The gentle parting of lips. Followed by a hotter claiming.
The thrust of his tongue. Deep and sexual.

Her heartbeat skipped. Her stomach
went soft. Sensation took her. Into him.

She shivered, sought his heat. Unable
to get close enough.

His muscles bunched. His sex
stirred.

He stepped back. Turned away. To catch
his breath. To adjust himself.

Neither had spoken. For a long
time.

Up until soreness set in and she shook
out her hand. He noticed her splinter. And the deep scratch at her
ankle.

She’d gone to the medicine cabinet;
returned. He’d played doctor, cleaning and bandaging the cut on her
ankle, then holding her hand as he eased out the sliver. Her hand
shook slightly, not from the splinter, but from his nearness.
Seated on a red holiday bench painted with reindeer, he leaned
against her side. Their arms brushed, hips touched, and their
thighs hard-pressed.

He’d left the store shortly
after
surgery
, as
he put it. No friendly hug. No backward glance. No wave. Merely
walking stiffly. Allie felt let down. Depressed. Alone.

She’d touched her lips, time and
again. Remembering their kiss. Nothing had been the same since.
Whenever Rhys came to the general store for a specific item or
short visit, she’d caught him staring at her. Not as pals. There
was desire in the hard lines of his face. Curious and intense. A
man wanting a woman. Yet he kept his distance.

She was as mindful of him as he was of
her. He’d enter Hartley’s, and, with her back to him, she sensed
where he was, what he was doing, without looking. They shared the
silly awkwardness of teenagers. After their kiss.

She missed their laughter and
lightheartedness. She wanted to turn back the clock to a less
complicated time. She was not successful. They’d kissed. Tasted
each other. That moment brought them to today.

They cautiously moved forward. Minute
by minute. She licked her lips, and his gaze touched on the tip of
her tongue. “What brought you down the mountain?” she finally
asked.

He lifted the visor on his helmet.
Didn’t miss a beat. “I needed ChapStick.”

She knew he was joking. Knew there had
to be more. “And?”

“
Your mother tried to call
the store. Your iPhone’s dead.”

“
No signal for several
hours now.” Her parents were on vacation. In sunny Florida. They
would be tracking the blizzard. And be worried about
her.

“
Gloria rang the lodge
next,” he informed her. “We have minimal reception. Spotty, at
best. She asked that I check on you. She wanted to be sure you were
safe.”

She appreciated her mom’s concern. But
hated to be Rhys’ responsibility. He’d saved her butt numerous
times over the years. Taking her to a school dance when her date
caught the flu. Changing a flat tire for her in the middle of the
night. Dragging her out of a snowdrift when she’d lost control of
her sled. He’d always been there for her. As a buddy. Now was
different. Nothing was the same. Except the mistletoe pinned to the
rafter. It teased, taunted. Suggested sex.

He rolled the backpack off his
shoulders. Hung it on a peg by the door. He pulled off his thermal
gloves, then removed his head gear. He gave her a good, long look.
She stared back. The chin guard had left a red mark. His brown hair
spiked. He had a wide forehead, light blue eyes, blade-sharp
cheekbones, and solid jaw.

“
How did you manage to get
here?” she asked. Travel conditions were at their worst.

Rhys was a professional ski instructor
at his family’s winter lodge. The two-lane road from Forest Ridge
to Snowbound was impassable. Surely he hadn’t skied into town. It
would’ve been too dark, too dangerous. Even if he had daredevil in
him, and was prone to taking chances.

“
Snowmobile,” he answered.
“Guy Nash dropped me off. He was at the lodge having dinner when
the weather worsened. Police Department is on alert. He got called
back to work. I hitched a ride on his two-seater Polaris. You’re
one of few stores with electricity.” Worry creased his brow.
Tension set his shoulders. “How are the twins?”

“
Manfred and Maynard are
doing well. They’re oblivious to the weather.”

“
It’s been a busy winter
season at the lodge,” he grew serious. “I don’t get into town as
often as I’d like. I’ve been negligent.”

It had been two weeks.
Without contact. Not even a text.
Their
kiss
. She thought he was avoiding her.
She’d missed him. More than she cared to admit.