“Mask?” she had asked in surprise, almost chuckling at the strange image. “What's the mask for?”

“Well, it's not really a mask,” the young woman seated on her left corrected herself, and took another bite of the crisp salad. “It's a blindfold, actually.” She was whispering. They were not supposed to discuss this among themselves.

“Blindfold?” she had asked in astonishment, then laughed apologetically. “I don't seem to be able to converse, do I? I keep repeating what you say. But: blindfold? Why?”

“They don't want you to see the Product when it comes out of you. When you birth it.” The girl pointed to her bulging belly.

“What's it like?” Even asking it, she knew it was a somewhat foolish question. They had had classes, seen diagrams, been given instructions. Still, none of that was the same as hearing it from someone who had already gone through the process. And now that they were already disobeying the restriction about discussing itâwell, why not ask?

“Easier the second time. Didn't hurt as much.”

When she didn't respond, the girl looked at her quizzically. “Hasn't anyone told you it hurts?”

The other girl gave a sarcastic snort. “Discomfort, then. If that's what they want to call it. Not as much discomfort the second time. And it doesn't take as long.”

“Vessels? VESSELS!” The voice of the matron, through the speaker, was stern. “Monitor your conversations, please! You know the rules!”

The girl and her companion obediently fell silent then, realizing they had been heard through the microphones embedded in the walls of the dining room. Some of the other girls giggled. They were probably also guilty. There was so little else to talk about. The processâtheir job, their missionâwas the thing they had in common. But the conversation shifted after the stern warning.

She had taken another spoonful of soup. Food in the Birthmothers' Dormitory was always plentiful and delicious. The Vessels were all being meticulously nourished. Of course, growing up in the community, she had always been adequately fed. Food had been delivered to her family's dwelling each day.

But when she had been selected Birthmother at twelve, the course of her life had changed. It had been gradual. The academic coursesâmath, science, lawâat school became less demanding for her group. Fewer tests, less reading required. The teachers paid little attention to her.

Courses in nutrition and health had been added to her curriculum, and more time was spent on exercise in the outdoor air. Special vitamins had been added to her diet. Her body had been examined, tested, and prepared for her time here. After that year had passed, and part of another, she was deemed ready. She was instructed to leave her family dwelling and move to the Birthmothers' Dormitory.

Relocating from one place to another within the community was not difficult. She owned nothing. Her clothing was distributed and laundered by the central clothing supply. Her schoolbooks were requisitioned by the school and would be used for another student the following year. The bicycle she had ridden to school throughout her earlier years was taken to be refurbished and given to a different, younger child.

There was a celebratory dinner her last evening in the dwelling. Her brother, older by six years, had already gone on to his own training in the Department of Law and Justice. They saw him only at public meetings; he had become a stranger. So the last dinner was just the three of them, she and the parental unit who had raised her. They reminisced a bit; they recalled some funny incidents from her early childhood (a time she had thrown her shoes into the bushes and come home from the Childcare Center barefoot). There was laughter, and she thanked them for the years of her upbringing.

“Were you embarrassed when I was selected for Birthmother?” she asked them. She had, herself, secretly hoped for something more prestigious. At her brother's selection, when she had been just six, they had all been very proud. Law and Justice was reserved for those of especially keen intelligence. But she had not been a top student.

“No,” her father said. “We trust the committee's judgment. They knew what you would do best.”

“And Birthmother is very important,” Mother added. “Without Birthmothers, none of us would be here!”

Then they wished her well in the future. Their lives were changing too; parents no longer, they would move now into the place where Childless Adults lived.

The next day, she walked alone to the dormitory attached to the Birthing Unit and moved into the small bedroom she was assigned. From its window she could see the school she had attended, and the recreation field beyond. In the distance, there was a glimpse of the river that bordered the community.

Finally, several weeks later, after she was settled in and beginning to make friends among the other girls, she was called in for insemination.

Not knowing what to expect, she had been nervous. But when the procedure was complete, she felt relieved; it had been quick and painless.

“It that all?” she had asked in surprise, rising from the table when the technician gestured that she should.

“That's all. Come back next week to be tested and certified.”

She had laughed nervously. She wished they had explained everything more clearly in the instruction folder they had given her when she was selected. “What does âcertified' mean?” she asked.

The worker, putting away the insemination equipment, seemed a little rushed. There were probably others waiting. “Once they're sure it implanted,” he explained impatiently, “then you're a certified Vessel.

That all seemed such a short time ago. Now here she was, nine months later, with the blindfold strapped around her eyes. The discomfort had started some hours before, intermittently; now it was nonstop. She breathed deeply as they had instructed. It was difficult, blinded like this; her skin was hot inside the mask. She tried to relax. To breathe in and out. To ignore the discomâ
No,
she thought.
It is pain. It really is pain.
Gathering her strength for the job, she groaned slightly, arched her back, and gave herself up to the darkness.

Her name was Claire. She was fourteen years old.

Visit
www.hmhbooks.com
or your favorite retailer to purchase the book in its entirety. 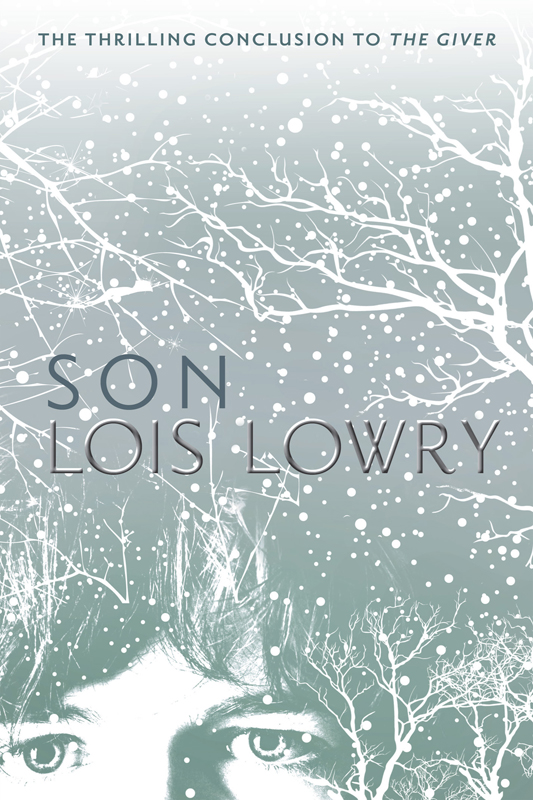 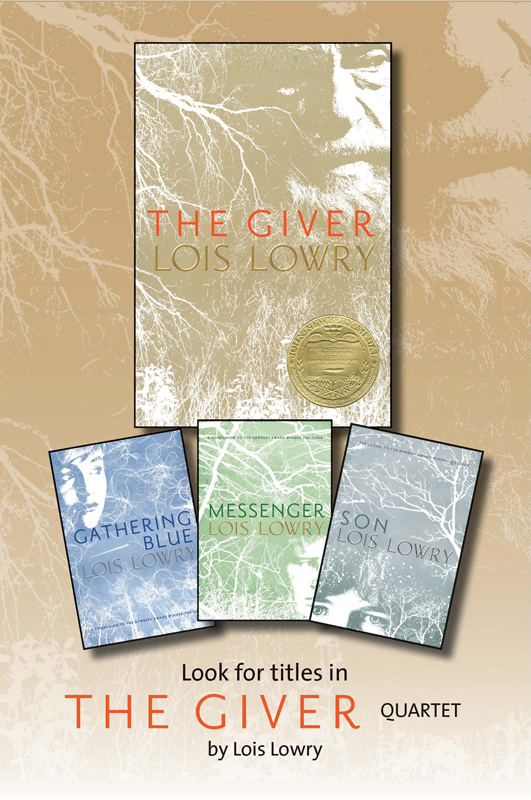 Â
About the Author 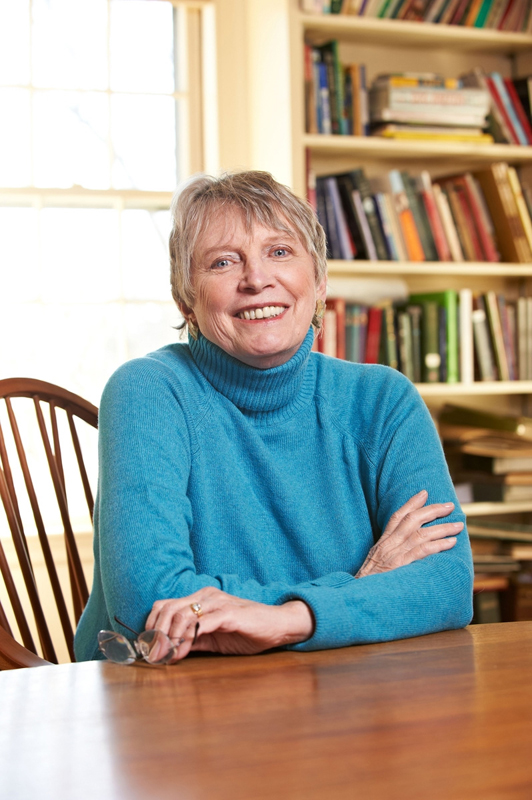 Lois Lowry is known for her versatility and invention as a writer. She was born in Hawaii and grew up in New York, Pennsylvania, and Japan. After several years at Brown University, she turned to her family and to writing. She is the author of more than thirty books for young adults, including the popular Anastasia Krupnik series. She has received countless honors, among them the Boston Globe-Horn Book Award, the Dorothy Canfield Fisher Award, the California Young Reader's Medal, and the Mark Twain Award. She received Newbery Medals for two of her novels,
Number the Stars
and
The Giver.
Her first novel,
A Summer to Die,
was awarded the International Reading Association's Children's Book Award. Ms. Lowry now divides her time between Cambridge and an 1840s farmhouse in Maine. To learn more about Lois Lowry, see her website at
www.loislowry.com
.