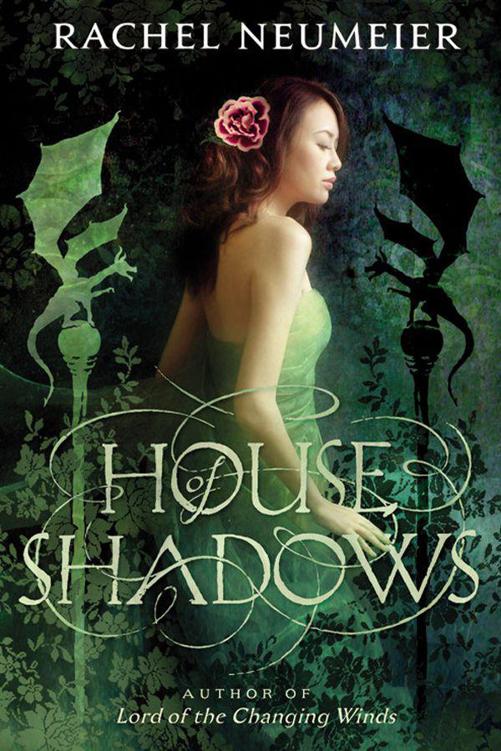 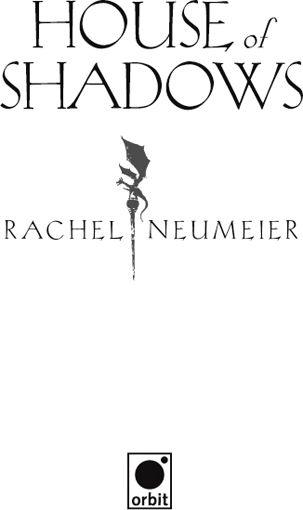 A Preview of
The Griffin Mage

In accordance with the U.S. Copyright Act of 1976, the scanning, uploading, and electronic sharing of any part of this book without the permission of the publisher is unlawful piracy and theft of the author’s intellectual property. If you would like to use material from the book (other than for review purposes), prior written permission must be obtained by contacting the publisher at [email protected] Thank you for your support of the author’s rights.

For my sister-in-law, Astrid, who volunteers to sit up all night with newborn puppies so I can get some sleep. Thanks! 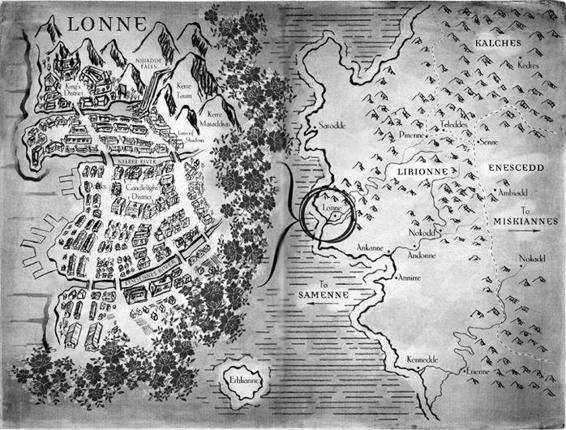 I
n a city of gray stone and mist, between the steep rain-swept mountains and the sea, there lived a merchant with his eight daughters. The merchant’s wife had died bearing the eighth daughter and so the girls had raised one another, the elder ones looking after the younger. The merchant was not wealthy, having eight daughters to support, but neither was he poor. He had a tall narrow house at the edge of the city, near his stone yard where he dealt in the blue slate and hard granite of the mountains and in imported white limestone and marble. His house had glass windows, tile floors, and a long gallery along the back where there was room for eight beds for his daughters.

The eldest of his daughters was named Ananda. Ananda was nineteen years old, with chestnut hair and pretty manners. She was not precisely engaged, but it was generally accepted that the second son of a merchant who dealt in fine cloth meant to offer for her soon, and it was also generally understood that she would assent. The youngest daughter, Liaska, was nine and as bright and impish as a puppy; she romped through her days and made her sisters and her father laugh with her mischief. In between were Karah and Enelle and Nemienne and Tana and Miande and Jehenne.

Gentle Karah, loveliest of all the sisters, mothered the younger girls. They adored her, and only Karah could calm Liaska on her more rambunctious days. Practical Enelle, with their father’s broad cheekbones and their lost mother’s gray eyes, kept the accounts for
both the household and their father’s business. Tana, serious and grave even as a child, made sure the house was always neat. Lighthearted Miande sang as she went about the kitchen tasks, and made delicate pastries filled with cream and smooth sauces that never had lumps. Jehenne learned her letters early and found, even when quite young, that she had a feel for both graceful lettering and graceful phrases.

Nemienne, neither one of the eldest nor one of the youngest, neither the most beautiful nor the plainest of the daughters, drifted through her days. Her attention was likely to be caught at any moment by the sudden glancing of light across slate rooftops, or by the tangled whisper of the breeze that slid through the maze of city streets on its way to or from the sea. Though Nemienne baffled her father and puzzled her sisters, her quiet created a stillness otherwise rare in their crowded house.

For her part, Nemienne could not understand how her sisters did not see the strange slant into which light sometimes fell, as though it were falling into the world from a place not quite congruent. She didn’t understand how they could fail to hear the way every drop of falling rain sometimes struck the cobbles with the pure ringing sound of a little bell, or the odd tones that sometimes echoed behind the sound of the wind to create a breathy, half-heard music pitched to the loneliness at the heart of the bustling city.

Even at home, Nemienne couldn’t seem to keep her mind on letters of account or business—but then Enelle was the one who was interested in the prices of stone. Nor could Nemienne be trusted to take bread out of the oven before it burned—and anyway, Miande made much better bread. And when Nemienne went to the market, she seldom came back with what she had been asked to buy, returning instead with a flowering sprig she’d found growing out of a crumbling wall, or humming over and over three notes of a song she’d heard a street musician play. When sent to even the nearest noodle shop, just down the street and around the corner from the house, Nemienne sometimes got lost. She would find her
self inexplicably walking down a street with no idea where she might be, so she had to ask strangers for the way home. But then, Tana always struck the best bargains in the market and the shops, so there was seldom a need for Nemienne to go on such errands.

The merchant looked proudly at Ananda, who would surely be happily wed by the turning of the year. He treasured Karah and would not look for a possible match for her even though she was nearly seventeen, for she was his favorite daughter—but then Karah was so sweet and good that she was everyone’s favorite, so no one minded that she was their father’s favorite, too. Practical Enelle was his greatest help in his business affairs; he called her his little business manager and joked that he should make his stone yard over into a partnership with her.

The merchant depended on Tana and Miande when he had his business associates to his home for a dinner, and always the dinners ran smoothly and comfortably, so that even the wealthiest merchants, who had wives and keimiso and children of their own, said they wished they had such a houseful of pretty and accomplished daughters. The merchant beamed smugly. He never told them that the invitations that brought them to his house had usually been written by Jehenne, whose hand was smoother than his. And on quiet family evenings, Liaska set her father and all her sisters laughing with her clever puppets, which she used in wickedly accurate mimicry of her father’s associates.

Nemienne laughed at the puppets, too. But sometimes, especially on those evenings, she felt her father’s puzzled gaze resting on her, as though he understood how each of his other daughters fit into his household but did not quite understand where Nemienne might exactly fit. Sometimes Nemienne herself wondered what kind of puzzle it might be, that had a Nemienne-shaped piece missing out of its middle.

Then one spring the merchant died, collapsing suddenly in the midst of his work and leaving his eight daughters alone in a city they suddenly found far from friendly.

There were business assets, but these were tied up in the stone
yard and could not easily be freed. The assets could be sold in their entirety to the merchant’s associates, but all of these men, whom the girls had thought were their father’s friends, they now found had been his rivals. All the offers were very low. There were funeral expenses, and then there were the day-to-day expenses and the ordinary debts of business investments that ought to have yielded eventual profits if only the merchant had lived, but promised nothing but losses after his death.

“Must we sell father’s business?” Ananda asked Enelle, after the cold edge of necessity had worn through the first dreadful shock of their father’s death.

Enelle glanced down at the papers between her hands. They were all seated along both sides of the long supper table. None of the girls had taken their father’s place at the head. Enelle, who had always taken the place at their father’s left hand, sat there still. She was pale. But her voice was as calm and precise as ever. “We can’t run it ourselves. We can’t even legally own it,” she said. “Petris could. Legally, I mean.” Petris was the cloth merchant’s son who had been expected to marry Ananda. “And we could run it with his name on the papers. But that is supposing he would be willing to marry a pauper. The business could be an asset to build on, but it isn’t a… a fortune to marry into.” Even her steady voice failed a little.

“We aren’t paupers!” Jehenne exclaimed, offended at the very idea.

Enelle looked down, then lifted her gaze again. “It’s strange about business. While father was alive, we operated at a profit. But now that he is… gone… we own a net loss. We are, in fact, paupers. Unless one of us can very quickly find a man to marry, someone sensible who will let me run the stone yard. Ananda?”

Ananda, across from Enelle, had her fingers laced tightly together on the polished wood of the table. She looked at her hands, not at her sisters. “Petris would still marry me. But his father won’t permit the match if I don’t have a dowry. A dowry up front, nothing tied up in future profit.”

“We can’t get you a dowry right now, without the stone yard,” said Enelle. Her voice fell flatly into the room and there was a silence after it.

“But what shall we do, then?” Tana asked, and looked at Enelle, who seemed, uncharacteristically, at a loss for words.

“We must all think together,” said Ananda.