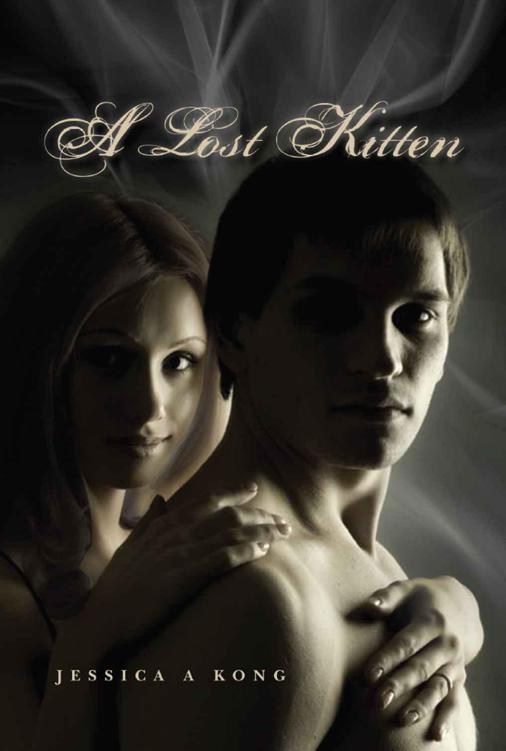 The feeling was enjoyable…

John was drifting off to sleep when he felt soft lips press against his own. His heart leapt in his chest, waking him. He did not wait to respond. He instantly showed his talented Jasira how a McCall kissed.

He had longed for this kiss since the last time. Her kiss was how he remembered. Warm. Hungry. Arousing. John growled. He lured her tongue into his mouth where he could savor it. Her taste made his trip to Surreal worth it.

John felt Jasira’s fingers travel down his chest and abdomen, then to his throbbing root. His head fell back, over the tub on a loud groan. “Jasira.” He adjusted his hips, giving her better access to his inflamed body.

His racing heart banged harder against his ribs as Jasira gripped him firmly. John felt the world tilt on its axis. Surrendering to Jasira’s sensual touch, he clung to the sides of the iron tub and closed his eyes more tightly.

“I want you, Jasira,” John huskily admitted. He opened his eyes. Through their glow, he saw the ceiling. He glanced around. The kitchen was empty.

This book is dedicated to my best friend and supportive husband, Alan, and to my motivating triplets—Ashley, Brandon, and Christian. They keep me active and young at heart.

And also, to my loving and patient grandmother Natividad Perez, who raised me with the aid of my role model and aunt, Marina Perez. Together they made me the woman that I am.

The feeling was enjoyable…

John McCall peered through the glass of the cockpit. His preternatural senses were on high alert. He knew the location of every enemy vessel, including the path their shots took. His small, silver Starfighter swerved then spiraled upward. It made a sharp turnabout and returned fire at the alien vessel pursuing it. The enemy warship exploded. John felt avenged.

A blinding light suddenly enveloped that sector of space. Once it dimmed, John scanned the direction it came from. What he searched for was no longer there. An overwhelming sorrow consumed him. The space station, Sea Base Ten, was destroyed.

It was more than his latest creation that went up in flames. It was the knowledge that so many lives were lost. The inconceivable torture that innocent men, women, and children endured before they were savagely massacred would forever haunt him. John blinked rapidly so his tears would not distort his vision. How could this have happened? How could it be that such monsters existed?

John veered to dodge another attack. He retaliated on the enemy ships with a heartfelt vengeance. He was determined to hold the intruders back for as long as possible. The escaping ally Starships needed time to reach their maximum warp speed. John meant to give them that time.

He counted the Starfighters that assisted him. Only three out of seven hundred remained. Another bolt of intense pain shot through his chest. He vowed that if he survived the raid, he would locate the one who gave the order to attack Sea Base Ten. He would hunt down Daehog and kill him.

John’s thoughts were interrupted when he spotted his brother Mathew sail his ship alongside their sister’s ship. Mathew’s anxious voice boomed over the helmet’s communicator.

“Areo! You, Bobby, John, and I are the last four remaining. We need to lure the rest of these aircraft away from those Starships. Are you all right? Can you make it?”

John glanced at Areo’s ship. His sister was badly injured. Yet Areo had refused to go to med lab. Instead, she had boarded a Starfighter to help them hold back the enemy. John was proud of her, but her injuries concerned him. She had lost a lot of blood.

“Let’s show them what we Seacats are made of.”

Areo’s voice sounded strong and positive. It fortified John’s determination and quelled his fears. His twin brother, Bob, flew his Starfighter to the left of Areo. John positioned his ship above hers. For a moment, he considered how he and his brothers surrounded her. They were extremely protective of the women in their family. His heart filled with pride and love.

The ships’ formation opened up like a flower. They executed the tactical maneuver flawlessly. Their feline ancestors would be proud of them, even if they were hybrids and considered an abomination by the Oceanan purebloods.

John spotted an enemy vessel swooping down on his little brother’s ship. He jerked forward in his seat. “Mathew, look out! Above you!” he shouted.

Mathew’s ship fell into a gyrating nosedive. Like the expert fighter pilot he was, Mathew recovered and glided his ship into position directly behind the warship, opening fire. It exploded into an array of shining lights.

John covered his face with his left hand. Bob’s anxious voice expressed what he felt.

“That was a close one, bro. Stay frosty, will ya!”

“I hear you. Thanks, Piscean,”
replied Mathew, using John’s codename.

“That was the last ship, you guys,”
spoke Areo.
“It’s time we leave this nightmare.”

“Alright then, pick your dance partners, people. Lead them in the direction opposite our fleeing ships,” instructed John. “Lead them as far away as you can. Then, if possible, you know what to do with them. Afterwards, head immediately for Sea Base Five.” He paused to gather his emotions.

He did not want to release his siblings from his side. As the eldest, he felt it was his job to watch over them, even though they were of age and excellent fighters. He loved them dearly, and he wanted no harm to befall them.

“We love you, too, brother,”
replied Areo.

John left first. He glanced over his right shoulder. One of the larger battleships followed close behind him. He had hoped for two. He prayed his brothers had better luck than he did. He did not want his little sister dealing with two ships in her injured state.

Eight hours passed. John continued to fly through unexplored space. He pressed several knobs on the control panel. A star chart appeared on the small screen to the left of the dashboard. For the umpteenth time, he instructed the computer to pinpoint his location on the map. It malfunctioned. Again.

John sighed and leaned his head back on the seat. He was clueless as to where he was. He sensed no planet nearby. He may or may not be in an area patrolled by one of their allies, the Space Guardians. He checked his gauges. His tank had plenty of fuel. He had to make a choice.

He decided to follow a straight path. Hopefully, he would find a place to land. He pushed forward on the accelerator. Within seconds, the ship was at warp ten and heading further into unknown regions.

After two days, John was extremely edgy and starving. He had been surviving on rations meant for short journeys. His large appetite made it difficult to endure the hunger. Only discipline kept him from eating all his provisions in one meal. And though he was part feline, John disliked having a tail. He did not have to look behind him to know the enemy still pursued him. They were determined to capture or destroy him, for he was a Seacat, an elite warrior of the Sea-anan Empire.

The feline empire was at the forefront in technology and had a tenacious, resilient, and exceptionally skilled military. No matter the rank, all the warriors upheld the law. Peace reigned in feline space. This was why the attack surprised them all. Who would want to destroy peace? Plus, no humanoid familiar with the Imperial Warriors believed someone was powerful enough or foolish enough to challenge them.

When John learned that traitors were involved, he understood how the power hungry thug had succeeded. Daehog knew to conquer the dimension Guildhall he would have to destroy the only military force capable of stopping him. The Seacats.

John’s sharp senses routinely scanned space. Unexpectedly, they sensed something other than the enemy ship. His thoughts of hunger vanished. John sat taller in his seat and focused harder to make certain. Yes, it was there. A planet. He quickly checked his fuel gauge. He had plenty of energy to make it.