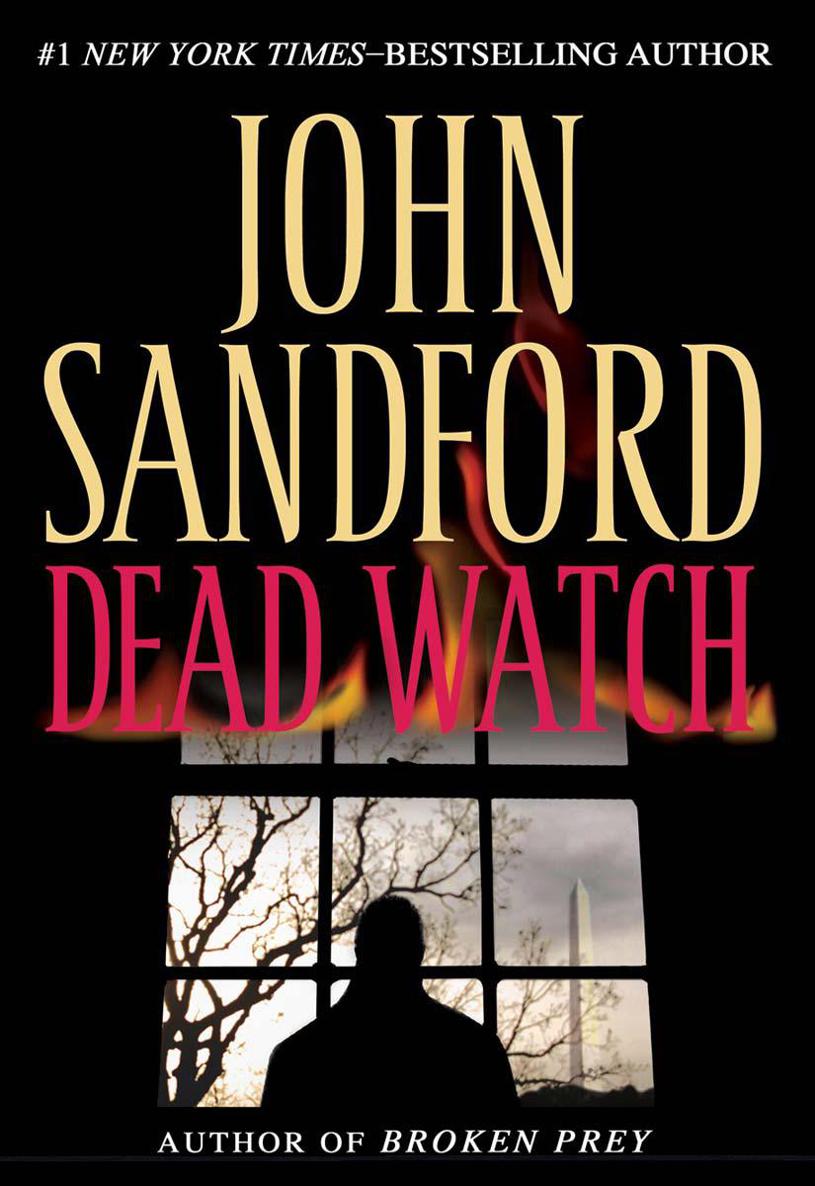 This is a work of fiction. Names, characters, places, and incidents are either the product of the author’s imagination or are used fictitiously, and any resemblance to actual persons, living or dead, business establishments, events or locales is entirely coincidental.

A
G. P. Putnam’s Sons
Book / published by arrangement with the author

This book may not be reproduced in whole or part, by mimeograph or any other means, without permission. Making or distributing electronic copies of this book constitutes copyright infringement and could subject the infringer to criminal and civil liability.

The Berkley Publishing Group, a division of Penguin Putnam Inc.,

Despite the mist, she spent an hour working Chica, and working herself, and she smelled of it, mare-sweat and woman-sweat, with a tingle of Chanel No. 5. They’d turned down the trail from the south forty, easing along, and she could feel the mare’s heart beating through her knees and thighs.

The mist hadn’t felt cold while they were jumping, but now they were cooling off, and her cheeks and forehead were pink, and her knuckles were raw. A shower, she thought, would be nice, along with a hot sandwich and a cup of soup.

They’d just crossed the fence. She turned in the saddle to watch the gate relatch behind them, and saw the face in the tree line. There was no question that it was a face—and in a blink, it was gone, dissolving in the trees.

She turned away from it, casually, tried to capture an afterimage in her mind. A pale oval, truncated at top and bottom, with a dark trapezoid beneath the oval. The face of a man who’d been watching her through binoculars, she realized. The dark shape, the trapezoid, had been arms, joined at the binoculars, in a camouflage jacket.

A thrill of fear ran up her spine. They might be coming for her.

She suppressed the urge to run the mare, but not the urge to push her into a trot. They came down the fence line and she took the remote from her pocket, pointed it at the inside gate, and it swung open in front of them. They went through, and she turned and closed the gate, her eyes searching the tree line as she turned. Nothing. They went on to the barn, Chica in a hurry now, anticipating the feed bag.

When she came off the horse she was feeling loose and athletic and was beginning to question what she’d seen. Was she losing it? Was the pressure pushing her over the edge? There’d been nothing but a flash of white.

Lon, the barn man, came over as she led the horse inside to the smell of horseshit and hay and feed, the odors of a comfortable life. She brushed a fly away from Chica’s eye as she handed the reins over. “I worked her hard, Lon. She’s pretty warm.”

Then over the groom’s shoulder, in the lighted square of the open barn door, she saw the housekeeper jogging across the barnyard, a folded newspaper over her hair to deflect the rain. Lon, an older, hook-nosed man whose skin was grooved like the bark on an oak tree, turned to look and said, “She’s in a hurry.”

She met Sandi, the housekeeper, at the barn door. “Sandi?”

She looked up at the house: “Did you let them in?”

Sandi fled back across the barnyard into the house. She and Lon talked about the horse for another thirty seconds, then, as she turned toward the house, Lon said, “Be careful, Maddy.”

She took her time, cleaning her boots on the boot-brush outside the door, and on the mat inside, peeling off her rain suit and helmet, shaking out her hair, hanging the gear on the wall-pegs in the mud room. Still wearing the knee-high boots, she clumped across the kitchen and up the back stairs to the bedroom. From the closet, she got the bedroom gun, a blue-steel .380. She jacked a shell into the chamber and disengaged the safety, stuffed it in her jacket pocket.

She was afraid of the Watchmen, but more than that: she was also interested in what they’d say and excited by the prospect of conflict. She wasn’t exactly a thrill-seeker, but she enjoyed a test, and the more severe, the better. She’d been a rock climber, she drove fast cars. And always the horses: the horses might someday kill her, she thought. Riding was as dangerous as a knife fight.

She took the back stairs down to the kitchen, walked out through the living room to the front entry. Two men waited there, both in leather bomber jackets, blue shirts, and khaki slacks. They’d put on their uniforms for the visit.

She knew one of them: Bob Sheenan, who worked behind the parts counter at Canelo’s Farm & Garden. He was about fourth or fifth in the local Watchmen ranks. She knew the other man’s face, but not his name.

“Been out riding?” Sheenan asked when she walked into the entry.

She didn’t answer. No pleasantries for the Watchmen: “What do you want, Bob?”

“Well, now . . .” Sheenan was a big man, with a bar-brawler’s face: pale blue berserker’s eyes, one damaged eyelid half-shading his left eye, scar tissue under both of them, a crooked banana nose, large yellow teeth. He smelled of pizza and beer, though it was not yet ten o’clock. “You’re telling people that the Watchmen had something to do with your husband.”

He jabbed a finger at her, and stepped closer. “We had nothing to do with your husband. If you keep talking that way, we will take you to court.”

She squared off to him. “Or beat me up?”

“Bullshit. What about that Mexican kid two weeks ago? You broke his cheekbones.”

“He was attempting to escape,” the second man said.

“You’re not the police!” she snapped. “You’re supposed to be Boy Scouts. What were you doing capturing him, huh?”

Sheenan and the second man looked at each other for a second, confused, then Sheenan pulled himself back. “I don’t care about the Mexican. That’s got nothing to do with this.”

She bared her teeth: “Is this coming from Goodman? Or is this just some moronic crap you made up on your own?”

“This is not crap, missus.” His eyes widened and his shoulders tensed, as if he were about to strike at her. “You are tearing down our good name. I don’t know what your husband is up to, or where he’s gone, but we will find out. In the meantime, you shut your fuckin’ mouth.”

“I’m not going to shut my mouth,” she said. “I’ll tell you something, Bob: you better be here on Goodman’s orders, because you’re going to need as much backup as you can get. If you came here on your own hook, I’ll have your balls by midnight. Now: Are you going to get out, or do I call the sheriff?”

Sheenan shuffled a half step forward, looming, not worried at the threat. The security cameras were on. All this was on tape. She refused to move back, but slipped her right hand into the pocket of the jean jacket, touched the cold steel of the .380.

“Something’s going on here,” Sheenan hissed, jabbing the finger again, but not touching her. “We’re going to find out what it is. In the meantime, you stick close to the house, missus. We don’t want something to happen to you, too.”

Then he laughed, and turned, and walked out. The other man held the door, and before pulling it closed behind him, said, “We’re watching.”

She exhaled, walked into the library, out of range of the security cameras, took the pistol out of her pocket with a shaking hand, and engaged the safety. Her biggest fear was that they would do something stupid—that they would stage an accident, a mishap, a mystery killing, a disappearance. Even if they were eventually caught, that wouldn’t do her any good.

She could hear the local news anchor: “. . . and then she vanished, into the same darkness that took her husband.” She’d worked as a reporter for a television station in Richmond, and used to write that stuff; that’s how she’d do it.

She’d been planning to run for two weeks. Sheenan had pulled the trigger. She put the gun back in her pocket, headed for the stairs, and shouted, “Sandi?” Sandi came out of the kitchen, wiping her hands on a dish towel. “Yes?”

“I’m going into town. Did you pick up the dry cleaning?”

“I’ll need the red blouse and the gray slacks. Bring them up, and put them on the bed. I’ll be in the shower.”

“What about the schnitzel? Will you be back for lunch?”

“I’ll get a bite in town. You and Lon and Carl could have sandwiches. . . and leave one for me in the refrigerator. I’ll eat it cold, this afternoon.”

She took the pickup into Lexington, driving too fast, enjoying the feel of the back end kicking out in the turns, grabbing the gravel and throwing it. She was moving fast enough that anyone trailing her would be obvious. If anyone was there, she didn’t see him. The face across the fence haunted her: Had it been real? Was it imaginary?

In town, she stopped at the bank, took out five thousand in cash, returned two books to the library, filled the truck’s gas tank, went to the feed store and picked up four bags of supplement for the horses. At the post office, she turned off the mail and had it forwarded to Washington. The window clerk was a Watchman, but he was whistling as he put together the temporary change of address, and smiled at her when she said good-bye.

With the chores done, she stopped at Pat’s Tea House for a scone and a cup of tea. Pat was a friend, a fellow horsewoman, and came over to chat, as she always did: “How’s everything?”

“Delicious,” she said. “Listen, can I borrow your phone to call Washington? I left my cell at home.”

“Absolutely. Stop in the office when you’re done.”

She made the call, thinking all the time that she was being paranoid. They wouldn’t be watching the phones. Would they?

Build a Man by Talli Roland
Cold Heat (Seasons of the Heart #1) by LeeAnne White
30 Guys in 30 Days by Micol Ostow
The Madame of Gravestone by Misty Burke
Death Shoots a Birdie by GOFF, CHRISTINE L.
Say Her Name by James Dawson
Come On Over by Fox, Mika
The Avalon Ladies Scrapbooking Society by Darien Gee
Ulterior Motives by Laura Leone
I Don't Have a Happy Place by Kim Korson