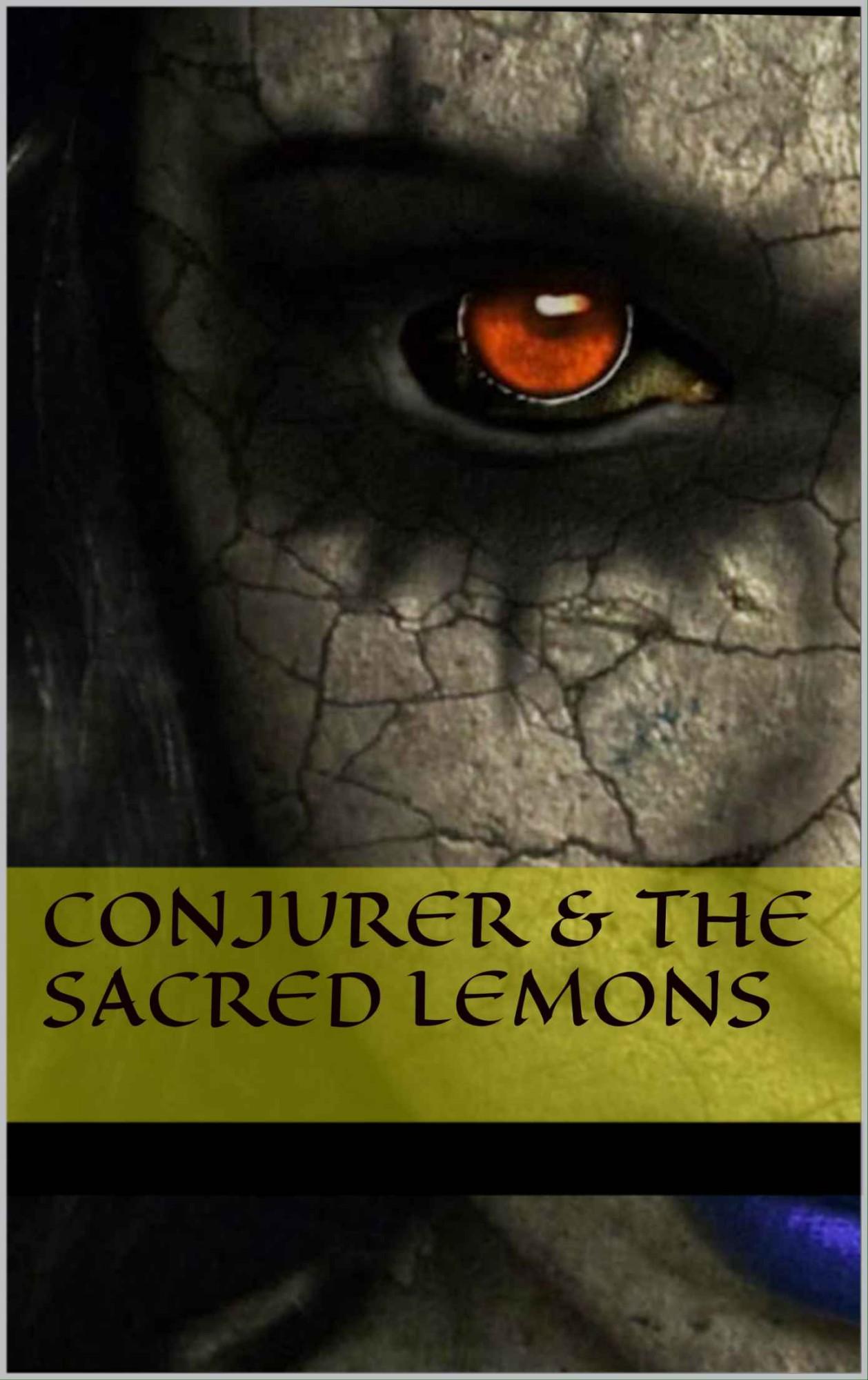 Science and Medicine has progressed leaps and bounds in the last century. However there are thousands of things which modern science and medicine fails to explain. In spite of our religious affiliations, we still believe in God and supernatural powers,

In almost all the civilizations and faiths, there are practices people believe influence the mind, body, or property of others against their will—or practices that the person doing the labeling believes undermine social or religious order.   The concept of a conjurer or black magician influencing another person's body or property against their will was clearly present in many cultures, as traditions in both folk magic and religious magic have the purpose of countering malicious magic or identifying malicious magic users. Many examples appear in ancient texts. Malicious magic users can become a credible cause for disease, sickness in animals, bad luck, sudden death, impotence and other such misfortunes.  .

There has also existed in popular belief the concept of
white Magic
and white witchcraft, which is strictly benevolent. Many practice followers in east and west strongly identify with this concept, and profess
ethical
grounds that prevent them from performing magic on a person without their request.

Probably the most obvious characteristic of a witch was the ability to cast a
spell
, "spell" being the word used to signify the means employed to carry out a magical action. A spell could consist of a set of words, a formula or verse, or a ritual action, or any combination of these.
Spells traditionally were cast by many methods, such as by the inscription   or
sigils
on an object to give it magical powers; by the immolation or binding of a doll or clay image (
poppet
) of a person to affect him or her magically.

""Neighborhood witches" are the product of neighborhood tensions, and are found only in self-sufficient serf village communities where the inhabitants largely rely on each other. Such accusations follow the breaking of some social norm, such as the failure to return a borrowed item, and any person part of the normal social exchange could potentially fall under suspicion. Claims of "sorcerer" witches and "supernatural" witches could arise out of social tensions, but not exclusively; the supernatural witch in particular often had nothing to do with communal conflict, but expressed tensions between the human and supernatural worlds; and in Eastern and Southeastern Europe such supernatural witches became an ideology explaining calamities that befell entire communities.

Modern practices identified by their practitioners as "witchcraft" have grown dramatically since the early 20th century. Generally portrayed as revivals of pre-Christian European ritual and
spirituality
, they are understood to involve varying degrees of
magic
,
shamanism
,
folk medicine
,
spiritual healing
, calling on
elementals
and
spirits
, veneration of ancient
deities
and
archetypes
, and attunement with the forces of nature.

Louisiana Voodoo, also known as New Orleans Voodoo, describes a set of spiritual folkways that developed from the traditions of the African. It is a cultural form of the
Afro-American religions
developed by enslaved West Africans and the
French
,
Spanish
, and Creole populations of the
U.S.
state of
Louisiana
. Voodoo is one of many incarnations of
African-based spiritual folkways
rooted in West African
Dahomeyan

Voodoo became
syncretized
with the
Catholic
and
Francophone
culture of south Louisiana as a result of creolization in the region resulting from the
Atlantic slave trade
. Louisiana Voodoo is often confused with—but is not completely separable from—
Haitian Vodou
and
southern American

Hoodoo
. It differs from Voodoo in its emphasis upon
gris-gris
, Voodoo queens, use of Hoodoo paraphernalia, and
Li Grand Zombi
. It was through Louisiana Voodoo those terms as gris-gris (a
Wolof
term) and
"Voodoo dolls"'
were introduced into the American lexicon.

While we have seen western part of the black magic or “Voodoo”. Let us also explore what the oriental or east has to offer.

induism comprises numerous sects, creeds and cults and the origin of most of them is lost in antiquity. The Nath Sampradaya, later known as the Navnath Sampradaya, is one of them. Some scholars are of the view that this sect originated with the teachings of the mythical Rishi Dattatreya, who is believed to be a combined incarnation of the holy trinity of Brahma, Vishnu and Shiva. The unique spiritual attainments of this legendary figure are mentioned in the Bhagavata Purana, the Mahabharata and also in some later Upanishads. Others hold that it is an offshoot of the Hatha Yoga.
Whatever be its origin, the teachings of the Nath Sampradaya have, over the centuries, become labyrinthine in complexity and have assumed different forms in different parts of India. Some Gurus of the Sampradaya lay stress on bhakti, devotion; others on jnana, knowledge; still others on yoga, the union with the ultimate. In the fourteenth century we find Svatmarama Svami, the great Hathayogin, bemoaning ‘the darkness arising out of multiplicity of opinions’ to displel which he lit the lamp of his famous work Hathayogapradipika.
According to some learned commentators, the Nath Gurus propound that the entire creation is born out of nada (sound), the divine principle, and bindu (light), the physical principle and the Supreme Reality from which these two principles emanate is Shiva. Liberation according to them is merging of the soul into Shiva through the process of laya, dissolution of the human ego, the sense of I-ness.
In the day-to-day instructions to their devotees, however, the Nath Gurus seldom refer to the metaphysics discovered by the scholars in their teachings. In fact their approach is totally non-metaphysical, simple and direct. While the chanting of sacred hyms and devotional songs as well as the worship of the idols is a traditional feature of the sect, its teaching emphasises that the Supreme Reality can be realised only within the heart.
The Nath Sampradaya came to be known as Navnath Sampradaya when sometime in the remote past, the followers of the sect chose nine of their early Gurus as examplars of their creed. Bur there is no unanimity regarding the names of these nine Masters. The most widely accepted list however is as follows:
● Matsyendranath Or Macchchindranath
● Gorakhnath or Gorakshnath
● Jalandharnath or Jalandernath also known as Jan Peer
● Kanifnath
● Gahininath also known as Gaibi Peer
● Bhartrinath or Bhartarinath or Raja Bhartari
● Revananath
● Charpatnath
● Naganath or Nageshnath

Shabar Mantras are extremely powerful set of vashikaran mantra, which are easy to use, self-energized, east to understand that even a common man can use them without any problem. It is believed that these Shabar mantras were written by Param Pujya Guru GorakhNath Ji. These Shabar mantras are capable of fulfilling any of your desire like whether you want to gain money to end your financial problem, you want to attract your love or your husband to get back your lost love back, you want to remove black magic spells applied on your or your loved one. These mantras are quick and efficient enough to give you quick results and are capable to remove any evil spells on you no matter how powerful evil spell has been used as said earlier they are most powerful and are able to destroy even the strongest evil spell.

This novel is based on pure imagination of the authors understanding of the western and eastern culture and rituals. Author is neutral in his approach and does not support the prevailing orthodox thoughts and rituals. The content is used to create an entertaining and enlightening story.

Kimono Code by Susannah McFarlane
Storyteller by Patricia Reilly Giff
True Control 4.2 by Willow Madison
Kalon (Take Over) by T.L Smith
Devlin's Curse by Brenda, Lady
A Taste of the Nightlife by Sarah Zettel
Incognito by Eagleman, David
The Playboy of Rome by Jennifer Faye
Frozen Hearts (Beyond Reality Book 3) by Stoker, Susan
The Mystery of the Carnival Prize by David A. Adler