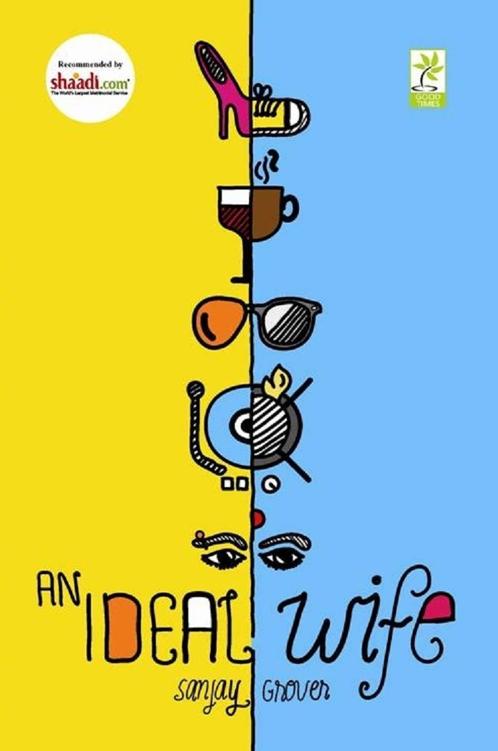 For authenticity, the names of some real places are used
as they support story telling. There is no objective to
imply anything else.

No part of this book may be reproduced or utilized in
any form or by any means, electronic or mechanical
including photo-copying, recording or by any
information storage and retrieval system, without
permission in writing from the publisher.

N
ot very sure what happened last night…My nephew had called and we were discussing my dear friend’s film, each statement accompanied with elongated sighs. The film, unfortunately, had not gone down too well with the critics.

My nephew, part of the collective
janta
critic, was more generous. He said he’d liked the film in parts but what he’d really loved was my friend’s acting (apart from directing the film he’d acted in it as well).

Now this dear nephew of mine knew well enough my passion for films and writing stories. ‘Hey
Chachu,
why don’t you write a book?’ he suggested. I had laughed my head off at that. ‘I can barely write proper English and you are asking me to pen an entire book in English with all those crazy tongue-twisting words!’ I’d replied.

He laughed back, saying, ‘Oh
Chachu,
please look around…’

Childishly, I looked around to see the almost empty living room of my apartment, not being a big one for loading my space with so called interior designers’ creative adventures. Anyway, I was clueless about what my nephew meant.

He explained that today one didn’t need to know so called ‘literary’ words to write a good book; you just needed to have a good story told in an entertaining way so that it draws even the not-so-avid readers. At that precise moment, Vidya Balan’s famous lines from the film
‘The Dirty Picture’
flashed across my mind, ‘A film works only because of 3 reasons — entertainment, entertainment and entertainment.’ Could this be true for books too?

I was amazed to hear this from someone who was 14 years younger but surely a lot smarter than me. Of course, he had to be, he has after all qualified as a doctor from one of the premier institutions of India.

But hang on, hang on! I too studied engineering and also did my MBA twice (one from India and one from USA) — as if one was not enough to understand the complex concepts of management. That moment I understood why my elder brother always calls me a double fool. He maintains MBA is just short for
Maha Bevakoof Aadmi.
Here, his son is taking it one step further and proving that to me.

And he wouldn’t let it rest now. He was perhaps more excited at his brilliant idea than I was at that time. So he went on about how he had heard my stories and found them interesting enough to convert into books. So why not make an attempt at writing a book?

I just wondered how on earth I could possibly write a book. I have barely read 4-5 fiction in my entire life and I don’t even remember their names. But the idea of exploring another possibly hidden side of me got me going.

So after a year of relentless writing I am presenting my debut novel ‘An Ideal Wife’ to my readers. I would request all my readers to let their imaginations flow as they read through these pages.

4.  Arrival of a helping hand

6.  God’s ordeal in human avatar (with no god powers)

8.  Introducing the apsara to sameer

I
t was a relaxed Sunday morning in heaven and I, the Dwarf God, was addressing a public forum after taking premature retirement from my hectic tenure as a god. It was also the day when I had to pass on the baton of supervisor god to someone else. The forum was being telecast to more than 100 locations, using the 4D technology, reaching every single inhabitant of heaven.

I was expecting tough questions from the audience, as I was one of the most controversial gods in the history of heaven. Apart from my small size, I was often ridiculed for the way I was promoted to the ‘God Status’, which was even more bizarre than a car driver getting a director’s post in a politician’s company in
Mrityulok.
You know Mrityulok, that sad, dilapidated planet Earth, where humans live.

As the evening progressed, the smile on my face kept getting bigger and bigger. I was answering all the questions thrown at me with tremendous ease; a certain nonchalance if you please. But then, suddenly, a seemingly innocent question from my own son stumped me and threw the entire evening out of gear. I really just wanted to keep quiet and pretend I hadn’t heard a thing, but the pushy little bugger shouted it right out again.

‘Oh Papa, why have you gone into Manmohan mode? Please tell us what has been your most difficult task during your tenure as a god?’

My brain and heart were at loggerheads once again — the brain wanted to lie but my heart had other plans. As expected of the sort of benign pushover I am, my heart won over my brain.

‘Can you please get me the brain imaging machine?’ I addressed my deputy.

Within a couple of minutes an electronic device was attached to my forehead and its output was paired to another electronic device using the Blacktooth technology. This had come from
Yamraj you
see, he’s quite the one for developing new gadgetry; it’s his one hobby.

‘Today I am going to narrate a unique incident that not only changed my life forever but is also now a strict manual for future gods,’ I said and started narrating the story, which projected on all the screens using the imaging machine.

It was a cool winter morning in Mumbai…

Yeah right! As if there is a winter in Mumbai.

But it was surely cooler than usual at 7am. Many health-conscious people were walking or jogging on the beach but dear Sameer Kapoor was cosying up to the down pillows in the king size bed in his luxurious apartment in Juhu.

A quick peek inside his apartment was enough to convince anyone that he was the typical rich Punjabi guy who lives life king size. Very Mallya-inspired king of good times; Mallya is not Punjabi though. Apart from a 55-inch LED SMART TV, many expensive paintings adorned the eco-friendly ‘Green’ walls of his apartment’s bedroom. There was also a life-size photo of him with his parents on one of the walls. What vanity, I say! Even we gods don’t worship ourselves as much as these people do.

A shelf on his study wall was decorated with the many trophies he had won since his schooldays. Sameer had extremely meticulously displayed all those awards and trophies year-wise. They were testimonies to his remarkable intelligence (snigger, snigger) and his enviable prowess in the sports field (more like testimonies of how big a bully he had been).

The traffic at this early hour (yeah I am sure it’s early for star struck and investment-freak Mumbai) was very thin so everyone was zooming past at 60 kph. Don’t laugh at 60 kph, its Mumbai
Meri Jaan,
you have to experience it to believe it.

After a few minutes, Sameer’s home phone started ringing. He turned over but instead of lifting the receiver, he picked up the bed sheet that had fallen off the bed. The TV in his room was still throwing advertisements and tear-jerking soaps at the eco-walls as he’d crashed into an almost state of unconsciousness kind of sleep, forgetting to switch it off. Who cares about TV when you come home drunk? Ah, now it was beaming a news report on the All India Advertising Quiz, which he had won in a team with colleague Jimmy Patel. Jimmy, his Gujarati colleague, and he were promoted after winning the quiz and were given bigger clients to handle.

His home phone continued to ring and then went to the answering machine.

‘Hi, you have reached you know who. Don’t expect me to call you back just seeing a missed call. Do you really expect me to be that dumb? If it’s important then leave your name, number and a brief message and wait for my call……Cheers.’

He could be really cheesy at times; the free perks of working in an advertising agency.

As soon as the answering machine stopped, Jimmy’s frantic voice filled the room.

Why would he pay attention to a frantic voice (that too a male voice) when he could continue to dream about dancing in the rain with many beauties around?

Sameer continued his dream journey with the hotties.

After a while, his cellphone started ringing but history, though recent, repeated itself. In quick succession both his home phone and cellphone kept ringing one after another but met with the same result, now that’s a
Kumbhakarna
sleep in drunk mode (every cellphone should have this drunk mode).

On the other hand, Jimmy, in business attire, was frantically pacing in the plush cabin of his office. He had lost more number of calories in the last 15 minutes than he ever had working out for an hour at the gym.

He made another futile attempt to reach Sameer and then banging the phone in anger he murmured piteously.

‘Jimmy you are dead today.’

Jimmy looked at his watch and did an almost cartoon-like double take seeing it was 7:15am. He felt like he was sitting on a ticking time bomb. Not having much choice he muttered again,

Barely had he finished saying this when a heavy hand tapped his left shoulder. Jimmy turned and his jaws dropped, as if he was facing a hungry tiger. It was quite the same thing because his boss (Fatty) was standing almost right on top of him, eager to squish out the last ounce of life.

‘Oh God, hope he hasn’t heard what I just said,’
Jimmy mentally kicked himself after realising rather belatedly that he had forgotten to shut his cabin door.

A Courtesan’s Guide to Getting Your Man by Celeste Bradley, Susan Donovan
Z-Risen (Book 1): Outbreak by Long, Timothy W.
Mine by Georgia Beers
Picture This by Jayne Denker
Exposure by Jane Harvey-Berrick
Snapshots of Modern Love by Jose Rodriguez
By Possession by Madeline Hunter
La fortuna de los Rougon by Émile Zola
ASantiniinLoveMelissa Schroeder by Melissa Schroeder
Till There Was You by Lilliana Anderson, Wade Anderson