A Village in Jeopardy (Turnham Malpas 16) 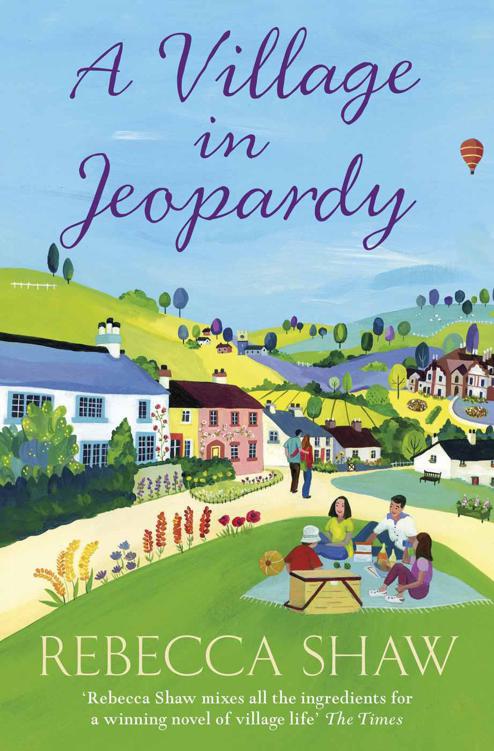 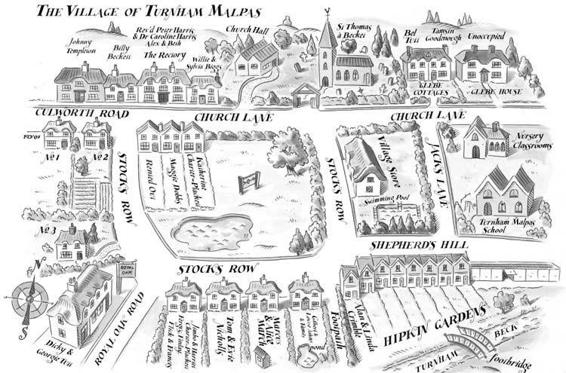 Johnny Templeton stood in the shade of the Old Barn looking across the manicured lawns to the big house . . . Turnham House. His heart filled with envy. No, not just his heart; the whole six feet of him radiated envy. He was consumed by it. Why on earth had his family sold the place in 1945 when Bernard Templeton had been killed at the end of the war? Why hadn’t they hung on till better times? Scrimped and saved, made do . . . simply tried harder?

But they hadn’t, so here he was, the inheritor of his great-great-uncle Ralph Templeton’s fortune but with no family estate to show for it. He’d asked round the village but the answer was always the same. Things were bad at that time, you see, they explained; the English were exhausted by the fight to beat Hitler, hungry, despairing. Yes, he’d heard all the excuses but none for him were viable, not for him, Johnny Templeton: inheritor of the Templeton money, the stocks, the shares, the valuable prestigious office block in London, the small house in the village but not
the house
that truly belonged, bone for bone, brick for brick, to the Templetons. One day he vowed it would be his, back in Templeton’s hands as it truly should be.

A figure wended its way across the immaculate lawns heading for Turnham House. Oh! It’s Alice! That momentary flash of guilt he always felt when he saw her quickly passed, as it always did. Slender and comely, she walked on, unaware she was being watched. He kept himself hidden in the shade of the oak tree. That new wing, patently at odds with the Tudor house, would have to be demolished. It stood like some thoroughly unpleasant out of place addition, out of time, out of tune with the ancient Tudor brick.

Obviously Craddock Fitch had influence in the council planning department, otherwise it would never have been allowed. He appeared to have influence in all sorts of quarters, his name cropped up so often. The Craddock Fitch Cricket Pavilion. Now that really had annoyed Johnny, that some upstart businessman from the North of all places, could calmly come along and claim the ancient cricket field for himself. The Templeton name belonged there.

Johnny had never heard of his late relative, Sir Ralph Templeton, until the solicitors had traced him to his massive office suite in Rio, from which he controlled the family’s impressive hotel business, and had surprisingly imparted the news of Johnny’s incredible inheritance in this spectacularly beautiful village.

Deep in his inner core, he immediately felt it rightfully his and he’d accepted the inheritance with alacrity. At that instant he had understood why he always felt like such a misfit in Brazil. His natural habitat, then, was England, that tiny island off Europe he’d only ever seen on a map. His whole family had risen up in dismay. Leave Brazil! What about the business? How can you leave all this for some crumbling house in some obscure place like England that’s lost its empire and traded itself down to a third-world country? You must be mad! Brazil’s where it’s all happening! You can’t leave us. But he had, saying, ‘I should at least give it a go. See what it’s like.’ He was so wrapped in his thoughts, he didn’t notice that Alice was on her way home now, and was walking straight towards him, her lovely sweet face alight with pleasure at seeing him so unexpectedly.