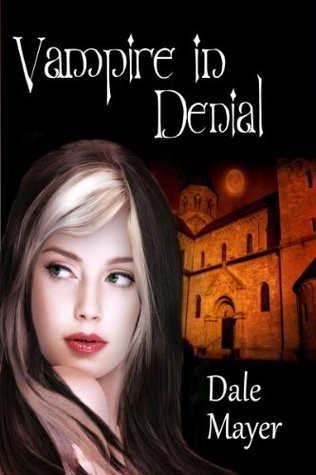 This is a work of fiction.  Names, characters, places, brands, media, and incidences either are the product of the author’s imagination or are used fictitiously, and any resemblance to actual persons, living or dead, business establishments, events or locales is entirely coincidental.

This ebook is licensed for your personal enjoyment only. This ebook may not be re-sold or given away to other people. If you would like to share this book with another person, please purchase an additional copy for each recipient. If you're reading this book and did not purchase it, or it was not purchased for your use only, then please return it and purchase your own copy. Thank you for respecting the hard work of this author.

This book is dedicated to my children, especially my daughter Kara, who started me on the road to writing young adult books. Enjoy!

Table of Contents
CHAPTER ONE

B
eing part vampire played havoc on her love life.

Tessa didn't need her dates for their blood. In fact, she had this thing against young male blood. Horrible tasting stuff.

Not that she'd tell them that. At least not on first meet.

And she rarely got a second. Maybe it was a lack of self-confidence like her girlfriends said. Or maybe she was too shy. It didn't really matter. Her life sucked. She winced. Or maybe
she
did.

Tessa checked out her black-tipped nails. Maybe she should change the color. Black did go with everything, just not necessarily with the new look she was trying out. The one that might make Jared notice her. She shrugged. Her venture into red nail polish hadn't worked out so well, either. People had actually cringed when they saw her hands, even with her extendable nails retracted.

She studied the long, sharp points. So maybe the red had made them look a little like blood dripped from them.

She sighed and slouched lower on her bed, plumping the pillows under her head. She adored red. And black. But those were vampire colors. And she wasn't doing those anymore.

Her world didn't exactly overflow with potential dates. Not with her family hovering protectively behind her. Even worse, her two older brothers insisted on escorting her to various school parties and events. Shudder. Like how humiliating was that? Snide comments whispered at the last party still whirled through her head.

'What's wrong with her?'

'There has to be some loser out there who'd bring her. God, how pathetic.'

The mad titter of gossiping females always followed. Worse were the worried glances and whispered comments from her well-meaning family, particularly her mother, who trotted out one question almost daily.

'Why can't you be happy with who you are?'

It was hard to be happy when you were a genetic oddity. A primitive. A throwback. A weirdo – not fully one of
them.

Why was she part-vampire in a family of vampires? The
odd
one in her ancient lineage, an anomaly in the genes that showed up every few generations. Yay for her.

Now what? Her mom never called her down to offer a mother-daughterday out or to give Tessa money for clothes. It was more likely that her mom needed a hand, or wanted Tessa to do chores. What was with her parents, anyway?

"I'm here," she called as she walked out of her bedroom. Entering the kitchen, her father, two brothers and Cody slouched at the table, sucking back blood smoothies and coffee. She groaned at the collection of strong dominant males that stared at her.

So what else was new?

Tessa cringed. She didn't have the same thirst for blood as the rest of her family. Different from them, and feeling like she didn't belong, Tessa now took every chance she could to be different.

"Tessa, what have you done to your hair?" The words exploded from her mother and were echoed by the shocked looks from the rest of her family.

"Oh." Instinctively Tessa touched the top of her head. "I wanted a change."

"A change? That's not a change, that's…that's…" Her mother couldn't find the right word.

She smiled at David, the youngest of her two brothers. At eighteen he was only a year and a half older than her. They were close. He understood what she was going through, having struggled with his own issues a few years ago. If anyone could relate to her need to be different from her family, he did.

Her mother stood in front of Tessa, her hand touching Tessa's pure white locks. Horror rippled across her mom's features as tears threatened to fall. "Your beautiful hair."

Tessa watched her warily. She hadn't expected this strong reaction. "The hair is still there, Mom. It's just white instead of black, that's all."

"You're a vampire. One of the ancient ones. We're proud of our family’s dark hair."

"No, you're a vampire. I'm only part." Nobody understood how she felt. "You're proud of your dark hair, and I…well, let's just say I was ready for something different."

Seth, her oldest brother, shot her a warning look. She glared back at him.

Over the years her parents had always been understanding as the three of them had grown through their teenage years, especially with her brothers. David sported a punk cut, his hair spiked in every direction and the girls loved it. Then again, girls loved
him
.

She just wanted a piece of the action. With the guys, of course.

Tessa beamed. Wow, Cody almost never said anything directly to her. And when he did, it was usually to call her down. As David's best friend, he practically lived here – whether she liked it or not. "Thank you. I'm glad someone does."

"Oh, Tessa honey. I wish you'd relax about not having a boyfriend. Don't try to change yourself into something you're not. You'll find someone soon. Someone who will love you for who you are."

Easy for her to say.
Her mom was one of the most beautiful vampires in existence. Her centuries-old features were still young and perfect. Her figure – well, Tessa's couldn't even begin to compare.

Seth might be the quietest in the family, the older, and more studious one, but he usually nailed the issue on the head. "And that's the problem, Mom. No guy's going to fall in love with her when she isn't happy with herself. Self-confidence is sexy."

Tessa turned her head to hide the rising warmth on her cheeks. Her family never blushed. They probably couldn't – yet another way she was different.

With her hands fisted on her hips, her mom spun around to face Seth. Outrage vibrated through her slim frame. "That's not true. Tessa knows she's beautiful – inside and out. Any boy would be happy to go out with her."

Tessa's dad had stayed suspiciously quiet. She glanced at him warily from the corner of her eye. He rarely spoke, but when he did…

"What's his name?" his deep voice boomed and it was like he shouted it to the world. How did he know she had a crush on someone?

She gasped, her shoulders hunching protectively. Catcalls and a chorus of teasing bombarded her. Tessa raced out of the room.

Her mother's chastising voice lingered in the space she'd left behind. "Stop it. Don't tease her. You've all been there."

She wanted to run from her life.

Two hours later, Tessa ventured out of her room a second time and snuck through the house and out the back door. Exiting the yard, she lifted her face to the sunlight and smiled. One huge advantage of her genetics – she could go outside in daylight. David could for a short time. Seth couldn't at all. That's what evolution did for this new generation. Now there were mixed breeds and mixed families, but the purists looked down on all of those.

The treaty that stopped vampires from preying on people helped. Although as her family had never been big on hunting humans to begin with, they'd been happy to move forward peacefully.

Not that Tessa trusted the treaty to control all vampires. She'd heard too many stories.

And, if a full-blooded vampire preyed on her, he'd get a mouthful of something he wasn't expecting.

She snickered. Maybe someone should try. He'd probably poison himself. And if he didn't, he'd have to deal with the rest of her family. She might be different than other members of her family, but she was theirs. Families. Couldn't live with them and couldn't live without them.

Now that they'd figured out what was bothering her, they'd never stop hassling her. If they found out who she had a crush on, her life would be officially over.

The sun peeped out from behind a cloud. Not hot and not cold, it was just a beautiful sunny day. A breeze whistled down the street. She passed several people on the sidewalk. With night and day schools to accommodate the two societies, Tessa was an odd duck in that she often attended both. It depended on what classes were offered.

The back and forth really messed with her sleep patterns.

Being part of two worlds gave her an odd perspective, a unique insight into both – affected by the prejudices of both. Her human friends often criticized the vampires, and there'd been times she'd had to bite her tongue because she wanted to defend her species. She could walk in both worlds – yet didn't feel normal or fully welcome in either.

She attended just enough vampire affairs that most local vampires knew who she was – but maybe not
what
. Not that she knew, either. She didn't have the standard fangs – hers elongated, just not as long as normal vampires’ – yet her wicked retracting fingernails were envied by many. Not even her mother had those. Tessa was tall, but not overly tall, compared to her mother. She was skinnier than most vamps her age. And then there were her eyes. Vampires were known for their dark eyes. Only Tessa's were emerald green. She liked them.

Tessa turned, spotting her friends, Jill and Catherine, on the other side of the street. They studied the traffic, then ran across. Idiots. Both of them. They could die doing that.

She grinned as they surrounded her. Jill was tiny, dark and on the plump side. She stared at Tessa, her mouth hanging open. Catherine, blonder with shoulder length curls, gasped. "Oh my gosh, it
is
you!"

"Look at your hair. It's gorgeous." Both girls reached out to touch her waist-length hair.