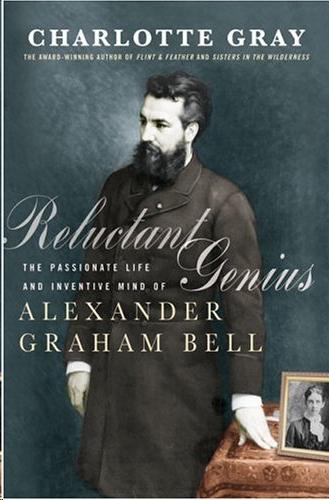 A
LEXANDER
G
RAHAM
B
ELL

AND THE
P
ASSION FOR
I
NVENTION

All Rights Reserved. No part of this book may be reproduced in any manner without the express written consent of the publisher, except in the case of brief excerpts in critical reviews or articles. All inquiries should be addressed to Arcade Publishing, 307 West 36th Street, 11th Floor, New York, NY 10018.

Arcade Publishing
®
is a registered trademark of Skyhorse Publishing, Inc.
®
, a Delaware corporation.

Chapter 2:The Backwoods of Canada 1870

Appendix: Patents Issued by the U.S. Patent Office to Alexander Graham Bell and His Associates

The Atlantic Coast of North America

For my family on both sides of the Atlantic

It is a neck and neck race between Mr. Gray and myself who shall complete our apparatus first. He has the advantage over me in being a practical electrician—but I have reason to believe that I am better acquainted with the phenomena of sound than he is—so that I have an advantage there. … The very opposition seems to nerve me to work and I feel with the facilities I have now I may succeed.… I shall be seriously ill should I fail in this now I am so thoroughly wrought up.

T
he plaintive wail echoed through the stone stairwell of the tall, stately Edinburgh house: “Mama, Mama.” There was a pause, then the childish voice started up again, in a monotonous rhythm: “Mama, Mama, Mama.” Finally, a door opened on the floor below and a woman emerged, asking petulantly, “Good gracious, what can be the matter with that baby?” The wail stopped abruptly, and a door slammed above. Perplexed, the woman leaned over the stair rail, looking up for an infant in distress.

There was no infant. Instead, there were two dark-haired, mischievous teenage boys and an intriguing invention. The boys were Melville (Melly) and Alexander (Alec) Bell, sons of the woman’s landlord, Professor Melville Bell. Melville Bell was a bombastic character with a leonine head, an untrimmed black beard, and a shock of untidy hair who lived with his family on the upper floors of 13 South Charlotte Street. A former actor, he was fascinated by the production of sound. He had challenged his two older sons to build a “speaking machine,” and the boys had thrown themselves into the project with gusto. They had pored over their father’s anatomy books. They had begged the local butcher to let them watch him carve up a lamb’s head. They had scoured the garbage behind their neighbors’ stables for bits of wood, metal, and wire that they could use in their construction. Alec took impressions of the upper and lower jaws of the human skull that sat on a shelf in his father’s study. Then, in the secrecy of their shared bedroom, the brothers set to work. Alec laboriously shaped a jaw, upper gum, hard palate, teeth, tongue, and pair of lips out of gutta-percha (a primitive form of rubber), wood, and wire. Meanwhile, Melville, who was more nimble-fingered, created a larynx of tin and rubber and experimented with providing “breath” by blowing into a tin tube “throat.” It was difficult to manipulate all the working parts, but after a few rehearsals Alec and Melly’s machine could wail “Mama.” Eager to escape their mother’s notice, the boys tiptoed out of their bedroom and carried their contraption into the shared stone stairwell of the house to test it. Years later, Alec recalled with glee the moment when their neighbor came out to rescue the bawling baby: “We quietly slipped into our house, and closed the door, leaving our neighbour to pursue [her] fruitless quest for the baby. Our triumph and happiness were complete.” The speaking machine then became a family toy—an entertainment for social gatherings, the subject of further experimentation for Alec and Melly, and a trophy for Melville, who bragged about having given his clever sons the challenge in the first place. Alec’s cousin Mary Symonds never forgot the contraption, later recalling, “I think I was somewhat afraid of it, it gave such uncanny sounds.”

Sounds. Alec Bell’s childhood was full of sounds. Many were typical of a middle-class household in the mid-nineteenth century. There was the bossy boom of the paterfamilias—Melville Bell—whose powerful, well-modulated voice echoed through the house on Charlotte Street. There were the Scottish airs and Presbyterian hymns sung at Bell family get-togethers around the piano in the parlor. Beyond the house’s elegant sash windows, there was the hubbub of parades and pipers, dogs and drunks in the streets of the Scottish capital. Horses’ hooves clattered on the cobbles; knife sharpeners and meat-pie peddlers shouted out their wares; ragged street boys jeered at passing carriages. Once a week, there would be the rumble and roar of coal being delivered down a chute to the house’s basement; coal fires were the only source of heating during Edinburgh’s long, chilly winters, and sooty smoke spewed from the city’s forest of brick chimneys. But there were also sounds peculiar to the Bell household—sounds designed to improve human communication. During the daytime, Alec would hear the rhythmic chants of his father’s pupils, who had come to get help from the professor with their lisps, stutters, and enunciation. “Da, da, da …” would echo through the house, followed by “Pa, pa, pa …” In the evenings, strange grunts and whistles often emanated from his father’s study. Alec himself would communicate in an unconventional way with his mother, Eliza Bell, who was deaf. Alone among her three sons, Alec had found a way to talk with her, by speaking in a deep voice close to her forehead so that she could pick up the vibrations.

Alec absorbed all of these distinctive sounds, and developed an unusually discriminating ear. At night he would lie in bed and identify each church bell that rang out over the ancient city and which neighbor’s dog was barking at a stranger. When he sat down at the grand piano in the high-ceilinged second-floor parlor, he could play anything he had heard by ear, and he would improvise by the hour. His extraordinary ability to distinguish minute variations of pitch and tone would shape his entire career.

Born in Edinburgh on March 3, 1847, Alexander Bell came from a family that had been preoccupied with sound for at least two generations. These days, we would label both his father and his grandfather “speech pathologists.” Such a title did not exist then, but since these were men untroubled by modesty, they each cheerfully adopted an even fancier title: “professor of elocution.” They took care to speak “proper English” and insisted that their families follow suit, so that there was never any hint of Scottish brogue in Alec’s speech. There was plenty of demand for Professor Melville Bell’s services, and not simply from those who had speech impediments. In an era when a person’s accent reflected his or her position within a rigid social hierarchy, speaking “proper English” was a sign of both education and class. 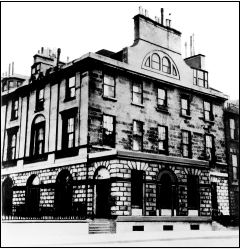 Alec’s grandfather, who was also called Alexander, had started life as a shoemaker in St. Andrews, a few miles from the capital. But he had ambition, and he climbed the social ladder to become first an actor, then a teacher, and finally a “corrector of defective utterance.” His son Alexander Melville, Alec’s father, was born in Edinburgh, where as a young man he began to cough and gasp in the city’s grimy, damp, soot-filled streets—sure signs of the respiratory infections that were the bane of nineteenth-century life. So, in 1838, young Melville took passage across the Atlantic to the British colony of Newfoundland, famous for its bracing winds and clean air. Working as a clerk for the shipping firm Thomas McMurdo and Company, he quickly recovered his health, made many friends, and become quite a figure in St. John’s, the colonial capital, as an organizer of amateur dramatics. After four years, he returned to Edinburgh in fine fettle, with an unshakable belief in the New World’s healthy climate. Emboldened by his social and dramatic successes in faraway Newfoundland, as well as by his father’s example, he hung out his shingle as an elocution teacher. (George Bernard Shaw probably based Professor Henry Higgins, in his play
Pygmalion,
on either Alec’s father or his grandfather.) A friend then introduced him to Eliza Grace Symonds, the sweet-tempered daughter of a Royal Navy surgeon who lived with her widowed mother and scraped a living as a painter of miniatures. Eliza was a handsome woman, with a long, solemn face and dark eyes, but she struggled to hear any remarks addressed to her since a childhood infection had damaged her hearing. Within months, Melville Bell had proposed to, and been accepted by, Miss Symonds.

Playing the Maestro by Dionne, Aubrie
Dust (Of Dust and Darkness) by Ashley, Devon
Shadow Box by Peter Cocks
Audition by Barbara Walters
Flight of the Eagle by Peter Watt
The Whiskey Tide by Myers, M. Ruth
The Lizard's Bite by David Hewson
Her Summer Cowboy by Katherine Garbera - Her Summer Cowboy
Where the Jackals Howl by Amos Oz
Against The Odds by Senna Fisher