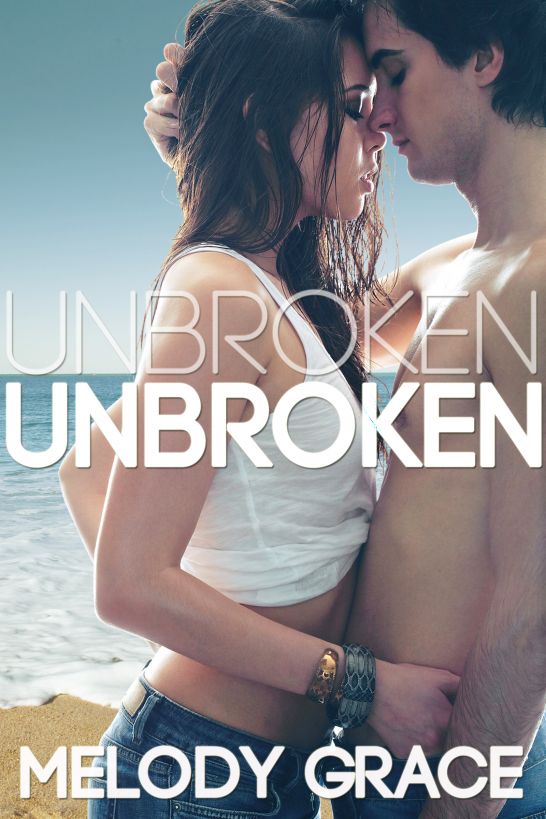 This ebook is licensed for your personal enjoyment only. This ebook may not be re-sold or given away to other people. If you would like to share this book with another person, please purchase an additional copy for each recipient. If you’re reading this book and did not purchase it, or it was not purchased for your use only, then please return to
Smashwords.com
and purchase your own copy. Thank you for respecting the hard work of this author.

My mom always said, there are two kinds of love in this world: the steady breeze, and the hurricane.

The steady breeze is slow and patient. It fills the sails of the boats in the harbor, and lifts laundry on the line. It cools you on a hot summer’s day; brings the leaves of fall, like clockwork every year. You can count on a breeze, steady and sure and true.

But there’s nothing steady about a hurricane. It rips through town, reckless, sending the ocean foaming up the shore, felling trees and power lines and anyone dumb or fucked-up enough to stand in its path. Sure, it’s a thrill like nothing you’ve ever known: your pulse kicks, your body calls to it, like a spirit possessed. It’s wild and breathless and all-consuming.

But what comes next?

“You see a hurricane coming, you run.” My mom told me, the summer I turned eighteen. “You shut the doors, and you bar the windows. Because come morning, there’ll be nothing but the wreckage left behind.”

Emerson Ray was my hurricane.

Looking back, I wonder if mom saw it in my eyes: the storm clouds gathering, the dry crackle of electricity in the air. But it was already too late. No warning sirens were going to save me. I guess you never really know the danger, not until you’re the one left, huddled on the ground, surrounded by the pieces of your broken heart.

It’s been four years now since that summer. Since Emerson. It took everything I had to pull myself back together, to crawl out of the empty wreckage of my life and build something new in its place. This time, I made it storm-proof. Strong. I barred shutters over my heart, and found myself a steady breeze to love. I swore, nothing would ever destroy me like that summer again.

That’s the thing about hurricanes. Once the storm touches down, all you can do is pray.

I’m doing eighty on the highway with all the windows down, my dirty blonde hair whipping like crazy in the wind. I’ve got my Ray-Ban sunglasses on, and the radio playing country classics as loud as my beat-up old Camaro will go, trying to drown out the whispers of memory that started, the minute I took the freeway exit onto the familiar coastal road.

I shake it off. We were coming here for years before I met him, I remind myself sternly. Every summer when I was a kid. Months filled with playing in the surf and reading out on our shady back porch. I should have other, better memories of this place without him.

But you haven’t been back here since.

I block out the treacherous voice in my head, yelling along with the radio instead.

The song is right, I decide. It’s gone. That summer is so far behind me, I couldn’t see it in my rearview mirror if I tried. I’m a different person to the screwed-up, headstrong girl I was the last time I drove down this sandy road. I’m twenty-two now, just a month away from graduating college and starting out a whole new life. I’ve got a perfect boyfriend back in the city, and a great career all lined up. Despite everything that happened here that summer, I made it out—made myself into the person I wanted to be—and even though coming back to Cedar Cove makes me feel sick and dizzy, like I’m about to jump out of a plane in total freefall, this weekend won’t change any of that.

Besides, I tell myself, trying to calm the shiver of nerves in my stomach, I don’t even know if he’s still here. I don’t know anything about Emerson anymore. My idle midnight searches online always come up blank. He could be half-way around the world by now, trekking in the African jungle, or knocking back beers on some beach in Australia with a tall, stacked bikini model at his side.

Tucked under his arm, the place I used to be…

I crank the radio even louder, the country twang ringing so hard I don’t even hear my cellphone, I just see the screen light up from where I tucked it in the cup-holder on my dashboard. Lacey. My best friend. I answer, struggling to turn the volume down and keep a hand on the steering wheel. I know I shouldn’t talk and drive, but way out of the city out here, I won’t see a cop for miles.

“Are you there yet?” She demands.

“Close.” I check the clock again, “About a half-hour away.”

“I still can’t believe Danny boy didn’t go with you.” There’s a muffled noise as she gets comfy, and when she speaks again. I can just picture her, curled up in our student apartment in Charlotte, looking out of the window over the bustle of downtown. “Isn’t this the kind of thing future fiancés are legally obligated to do?” she asks, “Packing up the summer house you haven’t stepped foot in since… Well, you know.” she trails off.

The silence sits in the air between us, heavy with grief. Emerson isn’t the only ghost lurking in this town. The pain he caused me was only half my broken heart.

I gulp a lungful of fresh, salty air and force the demons out of my mind. “First of all, we don’t know he’s planning to propose.” I shift the phone to a more comfortable position under my ear.

“Please.” Lacey snorts. “His parents love you, you’re moving in together after graduation, and he’s been dropping not-so-subtle hints about your taste in jewelry for months now.”

“You didn’t tell me that!” My stomach kicks, but this time, it’s with a whole different kind of nerves.

“What did you say?” I ask, curious. Even though Lacey is right—I’ve figured this was coming for a while now—it still feels strange to talk about it like this. Marriage. The future. Forever.

With someone who isn’t Emerson.

“What? You said, you wanted to build a life with him,” Lacey reminds me. “That you could picture growing old and grey together.”

“—and perfect, I get it!” Lacey cuts me off. “So I don’t get why he’s not going with you. Not just for all the heavy lifting and packing, I mean. If my girlfriend was going back to see her ex—“

“I’m not here to see Emerson!” My protest comes way too loud, and I flinch, swerving wildly on the road.

Lacey whistles. “Easy there. I’m just saying, Danny boy must be super-secure in your relationship if he’s not even curious about the first guy you ever loved.”

I catch my breath, trying to calm myself. The last thing I need is to wind up dead, crashed in a ditch before I even reach the county line. I slow my speed, and focus on the road ahead. “Daniel isn’t coming because I told him not to. I said I need the space to study in peace. And… he doesn’t know about Emerson.” I admit in a rush

“What?” Lacey’s screech makes me swerve all over again. “You said you told him ages ago!”

“I did,” I protest weakly. “I said there was a guy I dated, before college. But I didn’t say he was here. Or how serious it was.”

“Serious?” Lacey’s voice is dripping with sarcasm. “Try, like a fucking anvil.”

“What was I supposed to say, Lace?” I sigh, feeling that familiar wash of guilt that always settles over me whenever I think about the half-truths I’ve told my boyfriend. “That I had my heart broken so entirely, it took everything I had not to slash open my wrists just to make the pain stop?”

My voice is light now, but the words are true. For the longest time, it felt like I was teetering on a precipice, like one wrong step could send me tumbling into the darkness. The worst part was, there were moments I wanted to take that leap, to just end the pain for good.

“Oh, babe…” Lacey’s voice softens. She knows what it was like for me: as my freshman roommate, she had a front-row seat to the damage that summer left behind. The days when all I did was curl in a ball, weeping; the weeks I barely ate, or left my room at all except for classes. She was the one who finally sat me down and staged a one-girl intervention: dragging me out to parties and coffee-breaks and the campus therapist, who prescribed me a whole list of anti-depressants and anti-anxiety meds.

The pills helped—too much, I think sometimes—but Lacey was my real lifesaver, forcing me to fake at being OK long enough that I finally began to believe it for myself. I didn’t meet Daniel until my junior year, and by then, I could almost believe that those dark days were behind me for good. The only scar I had left you could see was the tiny blue jay tattoo on my right shoulder blade. I’ve thought about getting it removed, wiping the slate clean completely, but something makes me leave it there to glimpse in the mirror every time I step out of the shower. A lasting reminder of all my dumb, fucked-up choices, and the road I swore I’d never take again.

“It’ll be fine.” I say firmly, as if that old fake-it-til-you-make-it strategy will work now, all over again. “I’ll pack up the house for the realtor, and be back by Monday. I picked up groceries in the city, so I won’t even need to go into town.”

“If you say so.” Lacey’s voice is doubtful, but she doesn’t press. “Call me later, babe.”

I hang up, and grip the steering wheel determinedly. It’ll be simple: I’ve got a plan, just like I said to Lacey. I’ll get the beach house packed up, hand the keys over to the realtor, and leave town for good this time—no mess, no fuss, and damn well no moping over old memories.

I head around the next bend, and all of a sudden, the familiar sign comes into view.

Despite all my good intentions to leave the past in its dark, deep grave, I can’t help it. One look at that peeling wooden board is all it takes for my mind to go racing back, four years ago, to the last time I drove down this road.

The day when I met him.

“…And we can make s’mores in the fire pit, and cycle into town for ice-cream like we always used to. Jules? Juliet?”

My mom’s voice slips through my daydreams. I’m staring out the window at the haze of grey and moss green blurring past, fiercely wishing with everything I have that I was anywhere but here.

I turn. My mom is looking over from the driver’s seat. “What?” I snap, not even trying to keep the irritation from my tone.

“I was just planning all the fun things we can do this summer.” Mom glances out of the windscreen at the rain drizzling against the glass. “When the weather clears up, at least.”

“We could have stayed in the city another week,” I remind her, with a stab of bitterness. “I barely had time to say goodbye to everyone. I’m missing the big graduation party. And Carina gets to stay…”