Then, as if in slow motion, the man with him turned toward me, and I was once again face to face with Barrett Matthews.

“Alyssa . . .” he said, taking a step toward me. He didn’t get any further because I immediately spun around and got my ass out of there.

When I was in the back of a taxi on my way to anywhere but the Sovereign, I finally felt like I could breathe again. My mind still raced from everything I had heard, struggling to work out what it meant and what I had missed. Relief from leaving led into shock, and then tears stung my eyes. I wasn’t sure why I cried, but driving away from that hotel, it felt like I was running away from something bigger than me.

And if I had heard their conversation right, my man from the plane, the man I’d almost begged to take me to bed last night and again this morning, had been paid by Gavin—the man my mother had just agreed to marry—to do whatever it took to do precisely that.

Pulling up my phone contacts, I scrolled down and made a phone call I never thought I’d need to make.

“Aiden, I need you to run that police check.”

End of Part One.

Continue reading for an excerpt from 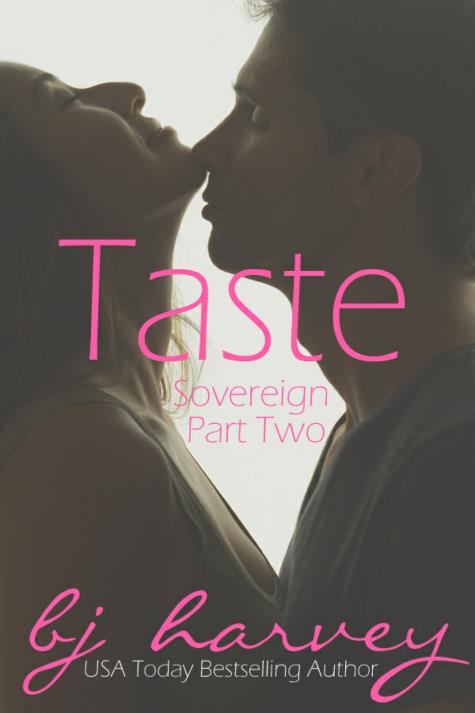 He came, he saw and he almost conquered, but she had the last laugh—or did she?

Back home in Seattle, Alyssa Jacobs—haunted by the thought of what could’ve been—buries herself in her work, determined to never become a target for anyone ever again. Then, as if right on cue, Barrett Matthews storms back into her life, muddling her mind and teasing her heart, determined to win her over.

Unable to trust him with anything other than her body, she vows to protect herself and what she has now discovered is her biggest vulnerability.

What happens when the tables are turned and the hunted becomes the hunter? And with deception and greed taking center stage, where will Alyssa turn in her time of need?

Excerpt from Taste – Part two of the Sovereign Series

I checked into another hotel under my mom’s maiden name a few hours after leaving Barrett and Gavin in the restaurant corridor. I’d called the Sovereign reception desk from the taxi, asking them to collect my things and check me out. The last thing I wanted was Gavin to get involved. Half an hour later, my taxi swung back into the hotel driveway, and as requested, Bart stood on the curb with my luggage.

Hiding away from everyone was for my peace of mind more than anything else. Whatever Gavin had hired Barrett to do, it included circumventing normal hotel security to get to me. At the time it had not struck me as being anything other than a determined and enterprising mind. I should’ve been more suspicious and questioned him further over his evasive answers to my questions. When I thought about it, I wondered if he had ever given me a straight honest answer.

After the events at lunchtime, I felt deceived and betrayed. For a woman who was normally self-sufficient, confident and not easily rattled, I felt uneasy, even with Aiden’s assurances that he would find out everything there was to know about Barrett Matthews.

Aiden offered to come straight to me, volunteering to jump on the next plane and be at my side in mere hours. I couldn’t tell him what had happened; I was too embarrassed. A thirty-one-year-old independent woman getting conned—however that may have come about—was too much for me to admit to. Aiden didn’t ask me any questions, just promised to run the check and get back to me in a few hours with the preliminary findings.

That gave me some relief. Enough that I poured myself a glass of white wine and a deep bubble bath to try and take care of at least some of the tension that pulled my body tight.

I’d sent my mom a text in the car and explained that I was not feeling well and would call her tomorrow before my flight home. Then I turned my phone off. I already had three missed calls from Barrett by then, and I didn’t want the torture of seeing his name flash on my screen. I hated lying to her, but I didn’t have it in me to rain on her parade and sour her good mood. Whatever I found out about Gavin and Barrett, I wanted to know everything before I told her what had happened.

There was a small part of me that still held on to the hope that I’d misconstrued what I heard. That somehow it was taken out of context and that—in time—Gavin would explain exactly what he’d meant. It would still never excuse what Barrett had done.

Unfortunately, there was a larger part of me that was more realistic, well-worn from years of working as a top-level executive—and now owner—of a typically male-dominated environment. I should’ve been suspicious at Barrett’s dogged pursuit of me. It wasn’t as if I hadn’t been the object of male attention in the past, just never from one as fervent as Barrett. I was too swayed by lust and need whenever I was around him. I should’ve remembered what my father always said: ‘Even if it walks like a duck, and talks like a duck . . . it still might not be a duck.’

It was later—much later—when a hard, loud knock at my hotel room door woke me. I got up off my bed, looking down and remembering that I was only wearing a white toweling robe and nothing else. When the knock came again, this time louder, harder, and definitely more impatient-sounding, I had my fingers wrapped around the handle.

Looking through the peephole, I was shocked to see an incensed Barrett glaring back at me. He wore the same clothes from the restaurant—a tailored dark grey shirt, black tie loose and askew, and black slacks. In short, he looked irresistible.

Having stewed on everything for hours, I saw red, and I didn't think before I swung the door open and came face to face with him.

“You have some n—” I didn't get any more words out because he stormed in, hooked an arm around my waist and swallowed the sound of my shocked gasp by sticking his tongue in my mouth. 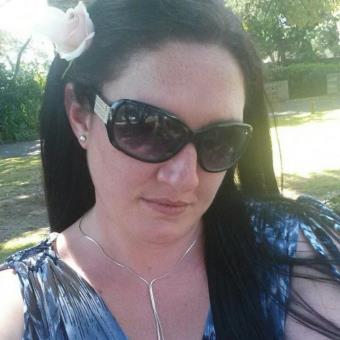 An avid music fan, you will always find her with headphones on while writing, and the speakers blaring the rest of the time. She’s a wife, a mom to two beautiful girls, and when she’s not writing – she’s reading.

BJ resides with her family in what she considers the best country in the world—New Zealand.

She describes her writing as a little swoon, a lot of heat, a bit of drama and a whole lot of love.