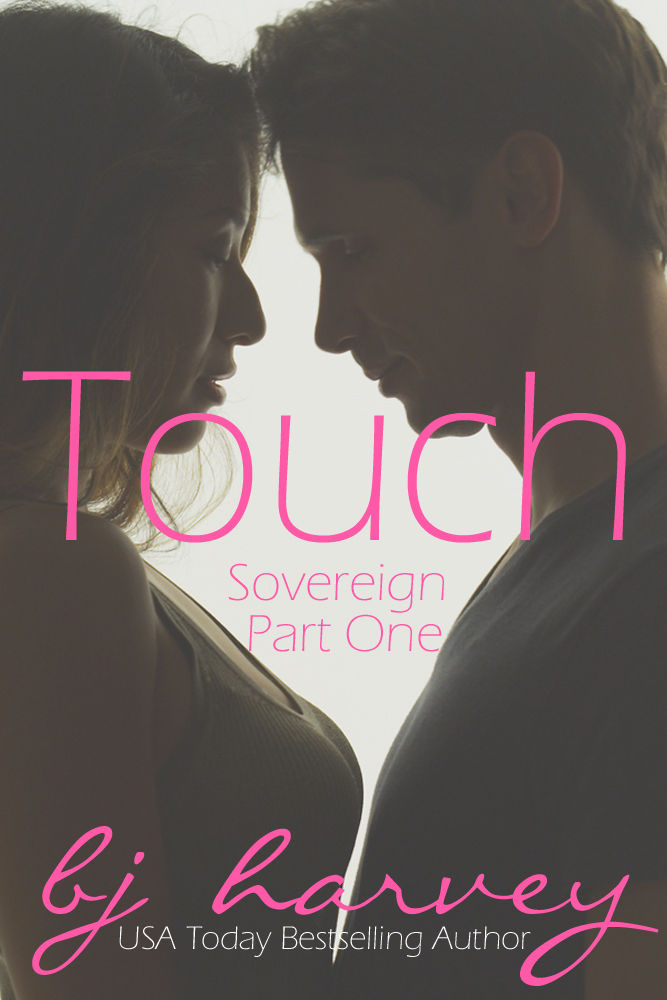 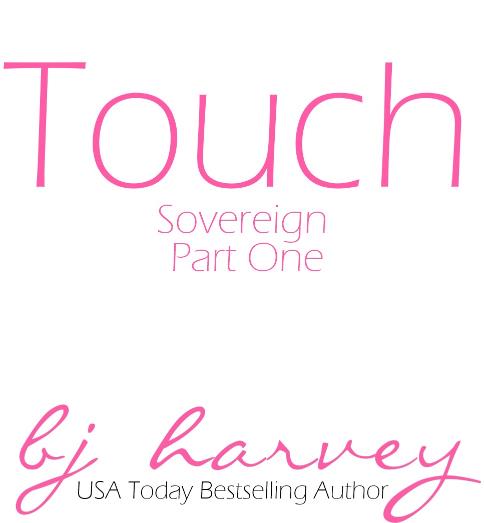 Without limiting the rights under copyright reserved above, no part of this publication may be reproduced, stored in or introduced into a retrieval system, or transmitted, in any form, or by any means (electronic, mechanical, photocopying, recording, or otherwise) without the prior written permission of the above author of this book.

This is a work of fiction. Names, characters, places, brands, media, and incidents are either the product of the author’s imagination or are used fictitiously. The author acknowledges the trademarked status and trademark owners of various products referenced in this work of fiction, which have been used without permission. The publication/use of these trademarks is not authorized, associated with, or sponsored by the trademark owners.

Other Books by BJ Harvey

It started as a flight from Seattle to Vegas. An easy two-hour trip at the request of my mom’s boyfriend, Gavin—the man who’d healed her heart after my father's death five years ago.

The trip was short notice, and Mom had no idea I was coming. Gavin had promised to take care of everything—a car from the airport, a hotel room on the Strip, and lunch reservations for Saturday where he would pop the question. He’d made it very clear that all I had to do was catch the flight, and he’d take care of the rest. He told me he didn’t want his future step daughter to have to worry about anything.

Gavin was the owner of the Sovereign Hotel, the biggest and brightest star on the Las Vegas Strip. It meant that taking care of my accommodation details was not exactly a hard task for him but I was more than just a little excited to stay there.

An impromptu vacation wasn’t exactly on my radar. With work deadlines and a new magazine title launching in a month, work was taking up all of my time. I was only human though and was definitely needed a break and Gavin’s invitation honestly couldn’t have come at a better time.

I'd had plans to meet up with a friend of mine who was coming from San Francisco to see me—the kind of friend who would leave me entertained, happy and definitely well sated. However, my mother would always come first and I didn’t blink before accepting Gavin’s invitation. The hot sex I was foregoing was the only regret in my last-minute travel plans.

Thank heavens for free drinks in the first class seats my mom's new man had booked for me. And since I took my seat thirty minutes ago, I’d already downed a glass of champagne, adding to the two glasses of white wine I’d had in the airport bar while I was waiting to board. It was fair to say I was well on my way to tipsy, or at least careless enough to return the desire-filled gaze directed at me by the sexy guy who walked past on his way to his seat.

He was a very sexy, very
fine
specimen of a man with black slacks that stuck to his ass like Saran Wrap. His hair was as dark as the charcoal gray button down he wore, the fabric taut against his toned biceps. The shirt clung to his chest, covering pecs that any hot blooded woman would want to lick her way down on her way to the promised land between his thighs.

Just from the way he carried himself you could tell he was the type of man to take what he wanted without apology. Precisely the type of man I craved in my drunken state. A man to use and abuse my body and then kiss goodbye without consequence.

I knew he'd caught me staring by the knowing smirk gracing his lips. I’d never been a woman to hide my approval of such a fine specimen or to be embarrassed by doing it, but with the alcohol coursing through my veins, my confidence was buoyed. I continued to ogle him with lustful appreciation when his back was to me. When he reached his seat two rows ahead of me, he turned his head and smiled, a perfect white-toothed grin that I felt touch me somewhere deep inside.

Gone were the free drinks in my future—my target for entertainment was firmly shifted to the man with the cocky smile. Once the plane was in the air, I wanted to find out exactly what this man was about, preferably via in-flight entertainment of the naked kind.

When the seatbelt sign switched off, instead of people watching like I’d normally do, my mind started to imagine all of the creative ways I could pleasure that man. One look and I was putty in his hands, and the cocky bastard had known it—something that became very evident when the flight attendant appeared next to me with a dirty martini I hadn’t ordered.

“Mr. Matthews in seat 1B ordered this for you,” she said as she handed the glass to me and walked away. Looking up, I tried to spot the sexy man who now had a name, but the high-backed seats made it impossible to catch a glimpse of him again.

Never one to turn down a free cocktail, I lifted the flared glass to my lips and relished in the delicious bitterness. Ten minutes later, I was looking at the bottom of the crystal glass with a warm flush covering my skin and an unmistakable ache between my legs. An ache that only a hard pulsing cock thrusting inside me could fix.

I racked my brain for a way to approach him, needing to sate my desperate lust that grew stronger as every minute and mile passed. The clock on the TV screen in front of me showed there were only forty-five minutes of flight time left—plenty of opportunity for a shake-n-hump maneuver in the restroom.

Just as I was about to get up from my seat, the inflight phone in front of me lit up, announcing, “Seat 1B calling.” My heart started to thump hard against my chest and I suddenly felt nervous as I lifted the handset and brought it up to my ear.

He chuckled before speaking. His deep baritone voice made my panties spontaneously combust. “Ms. 3F, how was the martini?”

“Made to your satisfaction then?” Hearing him say
satisfaction
tugged at my desire more than any drink ever could. His voice alone invoked images in my mind of his body pressing into mine as he whispered dirty nothings in my ear and thrust deep and emptied himself inside of me.

“Anything dirty is always pleasing,” I replied, unabashedly.

“A woman after my own heart,” he said on a laugh.

“Not your heart I was thinking of,” I replied without hesitation; any ounce of decorum I’d had left had disappeared in the last sip of the cocktail. A gasp came from beside me, the elderly woman sitting in the next seat glaring at me in disgust when I turned toward her. Thankfully his voice in my ear stopped me from saying something I’d regret.

“Now you’ve just proven that I read you right.”

“And what did you read?”

“That you’re a woman who knows exactly what’s she’s got and what she wants,” he stated matter-of-factly.

“Not hard to pick considering you caught me checking out your ass.”

“Indeed. I’ve always admired a woman who isn’t afraid to show her appreciation for my assets.”

I laughed at that, enjoying the freedom in the way he spoke to me. “I can only comment on
that
particular asset, and it’s definitely one to be proud of.”

“So did you only call to assure yourself that I enjoyed your dirty beverage?”.

“I wanted to hear whether the voice matched the sexy package,” he returned.

“And how do I measure up?” I asked

“That’s something you show rather than tell.”

“And how would you show me?” The conversation was headed in the right direction, but by then I wanted more,
needed
more.

“That would take a lot more than the forty minutes left in the flight, Ms. Jacobs.”

I gasped in surprise. There is no way he could’ve had the time to look me up, let alone identify me. “How do you—”

“I’m an enterprising man, Alyssa. I make it my business to find out everything I can about people I’m interested in.”

“A man who sees what he wants and goes for it?” I asked.

“So, pray tell, how is this going to work?” I asked, interested in exactly what he might’ve had in mind.

“How do you want it work?” he shot back, his voice dropping lower.

“Oh no, buddy. This is your show; how about you make the moves and I be the one to decide whether to let you act on them.” Yes, my flirting game was in top form after that martini—just the boost I’d needed.

“If I had my way, I’d be following you inconspicuously to the restroom in about five minutes’ time where I’d proceed to spin you around to face the mirror. I’d grip your chin and turn your face to mine so I could kiss you while my other hand disappeared up your dress as you begged me to touch you.”

My breathing became erratic, his words stroking me like I wished his fingers were. “And then?” I whispered hoarsely.

His voice went deeper as he continued, “And then I would run my index finger through your slick pussy, my thumb dragging across your hard clit as you bucked your hips against my hard cock grinding into your ass.”

“Jesus, I’m wet now,” I murmured, turning toward the window for privacy.

“And I’m hard as fucking steel from just looking at you.”

Confidential by Parker, Jack
Dark Hollow Road (Taryn's Camera Book 3) by Rebecca Patrick-Howard
Soldiers of God by Robert D. Kaplan
His to Cherish by Christa Wick
Untouchable by Ava Marsh
Lace and Sin (Sinners Series Book 1) by Aneta Quinn
Castles in the Air by Christina Dodd
Holder of Lightning by S. L. Farrell
No Such Thing as a Free Ride by Shelly Fredman
An Accidental Murder: An Avram Cohen Mystery by Robert Rosenberg