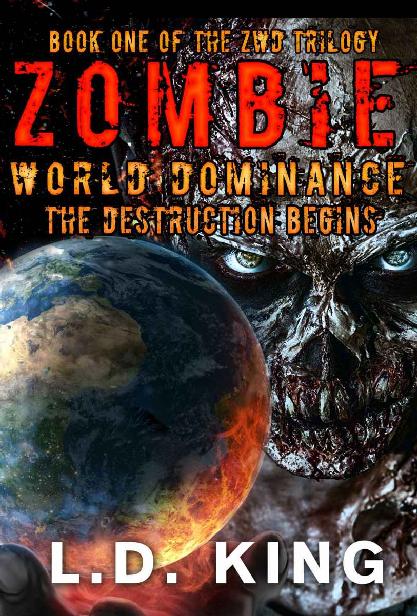 No
part of this publication may be reproduced, distributed, or transmitted in any
form or by any means, including photocopying, recording, or other electronic or
mechanical methods, without the prior written permission of the publisher,
except in the case of brief quotations embodied in critical reviews and certain
other noncommercial uses permitted by copyright law.

This
is a work of fiction. Names, characters, places and incidents are either
products of the author’s imagination or are used fictitiously. Any resemblance
to actual events or locales or persons, living or dead, is entirely
coincidental.

Printed
in the United States of America

I dedicate this book to my bride, Cheryl.

Without the undying support of my
beautiful bride, I would not have been able to finish this book. As of
September 2015, we have been married for ten years.

Who would have known that my search for a
Sunday coffee partner to read the Sunday paper with would have matured to the
place it is now? Cheryl is my partner, my supporter, my confidant and my lover.
She is my rock in a stormy world.

When I have a question or ask for advice,
she is right there beside me. She has never had a disparaging word about my
efforts or my ability to finish this book.

To
my love with all my heart,

The
mind of a writer can be a truly terrifying thing.

procrastination,
consumed by feelings of panic,

And
that’s on a good day.

Stan’s
lifeless body lay on the ground, his intestines pouring out all around him. One
lung had been ripped completely out of his chest where his ribs had been ripped
open. Stan’s girlfriend Rosie lay dead next to him. She, too, had been torn to
shreds by the attack of the creature that had slain them. Her belly and chest
gaped open. The contents of her freshly gouged body gushed onto the ground and
mixed with Stan’s. Blood was everywhere.

Their
four friends stood staring with unblinking eyes, their mouths agape, unable to utter
a single word. They’d been on an end-of-summer fling, but now they stood in
shock, having just watched their friends die before their eyes.

This
wasn’t supposed to happen to them. Not to teenagers. Not on vacation. Not in
Manhattan. Not
anywhere.

How
did this happen? Was it an isolated incident? What had they done to provoke
this?

This
would eventually be recognized as the beginning of one of the darkest periods
the world had experienced since the Black Plague of the Middle Ages, which
wiped out 50 million Europeans — about 60 percent of Europe’s population — in a
seven-year period beginning in 1346. The Black Plague had been limited to
Europe, but this new event wouldn’t be restricted to a single country or even a
single continent. Rather, it started simultaneously all around the world, on a
single day. The devastation that followed would not end for many years, if in
fact it ever ended.

What had
occurred to cause worldwide death and destruction to run so rampant and out of
control?

If
this worldwide devastation were ever to end, would there even be enough
survivors left to rebuild the world we once knew? If humanity could be
resurrected from the ashes, would anyone be able to understand what had caused
the collapse in the first place, and could it be prevented from happening
again? What would future historians point to as the cause of this new plague?

One of
the major events that historians would point to were the collapse of the United
Nations and the International Stock Trading Exchange. The catastrophic failure
of these two pillars of the world, along with the circumstances surrounding
their failure, set in motion a series of tragic events that would rock the
world backwards nearly two centuries, resulting in the total destruction of
many cities and towns and the devastation of numerous rural areas of the world.

In
2036 the world’s population was approximately 8.9 billion people. Over a single
48-hour period it was estimated that 3.3 billion, or 38 percent of the
population, had disappeared. There was no reason as to why they were gone. They
were simply gone, leaving no trace behind. As the shock spread concerning the
sheer number that had gone missing began to gripping the world, the conspiracy
theorists and the leaders of the world’s religions were spreading their own
theories as to why so many people were gone. Reasons ranging from the Second
Coming, the Rapture or alien abduction or some clandestine government operation
were making their way around the world. No matter the reason, people needed to
have something to hold on to in order to explain why so many people were gone.
For several days, one theory after another was offered up, trying to explain
where that number of people could have gone.

Day
after day the theories kept coming. Then, several days later, adding to the
mystery and misery of those who were gone, out of nowhere people were being
killed. At first it was one or two deaths here and there. The killers were
strange creatures that had never been seen before in all of human history.

As if
the killings themselves were not enough, the manner in which people died
was
mind numbing. These creatures killed their victims in the most horrible,
vicious and brutal way that could be inflicted upon a human body.

Now
that the killings had begun, the concern for those that had disappeared had
been quickly replaced with simply trying to avoid the wrath of these creatures.
Humanity had been reduced to survival mode.

What
happened? Why did these two pillars of the world collapse? What occurred that
was so bad that it caused the world’s banking and international trading to
crumble in on itself? Why did so many people have to die? It was the result of
absolute greed and complete control.

In the
years following 2025, the world was spiraling out of control. The currencies of
the world became nearly worthless. Simply put, the world was broke. The new
currency being used by the nations of the world was power. The borders of
countries were being redrawn under this new power system. Stronger countries
were invading weaker ones with impunity. The poorer nations endured massive
recessions. The citizens of the world paid the price for the losses.

In
2025 came the collapse of the International Stock Trading Exchange, or ISTE. The
ISTE was the driving force that set the value of goods and currencies of the
world became so devalued they became as worthless as the paper they were
printed on. This triggered the collapse of the United Nations.

This
worldwide currency crash did not happen all at once. It started slowly at
first, then rapidly picked up speed. In the span of three days, the ISTE first
suspended its operations before it
completely collapsed. Private
individuals, businesses both large and small, international corporations, and
entire countries lost billions due to the crash of the UN and the ISTE.

The
tipping point for the collapse occurred in 2023 when Greece’s economy failed
for the last time. No country, or group of countries, was willing to rescue
Greece yet again. The failure of Greece’s economy triggered a massive
devaluation of the Euro. This rippled through Europe. Germany withdrew from the
European Union and isolated itself. Due to the cost involved, Germany withdrew
any and all assistance that they had previously provided to other countries in
need, including military aid, financial assistance, medical and humanitarian
aid.

Italy,
England, and Spain followed Germany’s lead, isolating themselves from the rest
of the world as well. They also withdrew all foreign aid. As Europe
restructured itself under a new isolationist ideology, the rest of the nations
of the world followed suit. The countries that could not sustain themselves
were subject to being overthrown by their more powerful neighbors.

All of
the major countries of the world began refusing to recognize or accept any
other country’s passports. In an effort to identify their own citizens as well
as to identify people from around the world, the major countries had worked on
new
government identification cards, travel
visas and new passports
that the nations of the world would
acknowledge. They agreed that no other form of identification or passport would
be accepted. This change that they agreed to would force the lesser countries
to follow suit by issuing new ID cards and passports if they desired to do any
business with the major countries, including international travel.

In
2036, without notice, the plague began with the brutal killings of six
teenagers in New York City. Following these deaths, thousands upon thousands of
the remaining citizens of the world would be brutally slaughtered before it ended
— if indeed it ever came to an end at all.

Some
said the end result could be as simple as the slaughter of every last living
man, woman or child on the planet.

And so
it began.