Read The War of the Worlds Murder Online

The War of the Worlds Murder 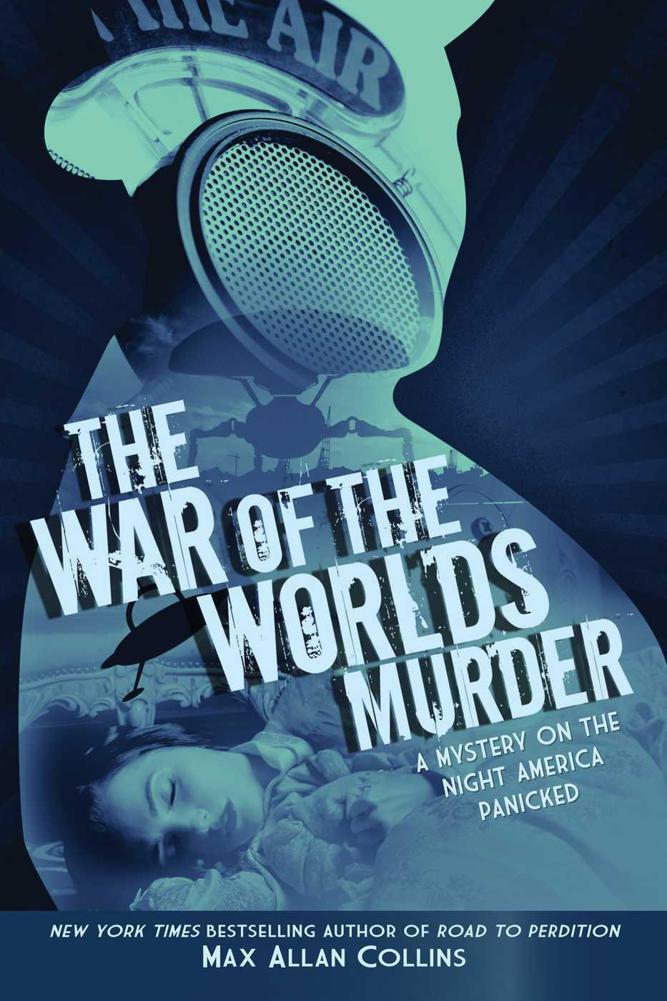 “The author makes history come alive...The details of life, the dialogue, and the realities of living in London during wartime are meticulously set out for the reader. The nightly blackouts...make the perfect setting for criminal activities. The mystery [is] well crafted and quite interesting...A new Collins novel is a treat for lovers of history and mystery alike.”

“Collins makes it sound as though it really happened.”

“Collins does a fine job of insinuating a mystery into a world-famous disaster...[he] manage[s] to raise plenty of goose bumps before the ship goes down for the count.”

“Max Allan Collins has become one of the masters of the twentieth-century historical mystery and
The Hindenburg Murders
will only augment his growing reputation.”

“[Collins’s] descriptions are so vivid and colorful that it’s like watching a movie...[and he] gives the reader a front row seat.”

...and for Max Allan Collins

“No one can twist you through a maze with the intensity and suspense of Max Allan Collins.”

“Max Allan Collins blends fact and fiction like no other writer.”

“No one fictionalizes real-life mysteries better.”

“An uncanny ability to blend fact and fiction.”

“When it comes to exploring the rich possibilities of history in a way that holds and entertains the reader, nobody does it better than Max Allan Collins.”

“Collins’s blending of fact and fancy is masterful—there’s no better word for it. And his ability to sustain suspense, even when the outcome is known, is the mark of an exceptional storyteller.”

“Probably no one except E.L. Doctorow in
Ragtime
has so successfully blended real characters and events with fictional ones. The versatile Collins is an excellent storyteller.”

“The master of true-crime fiction.” 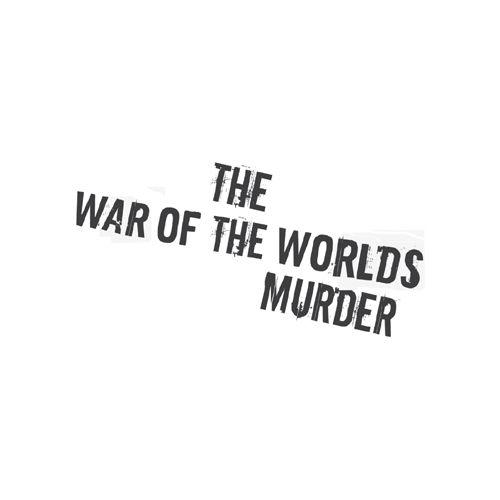 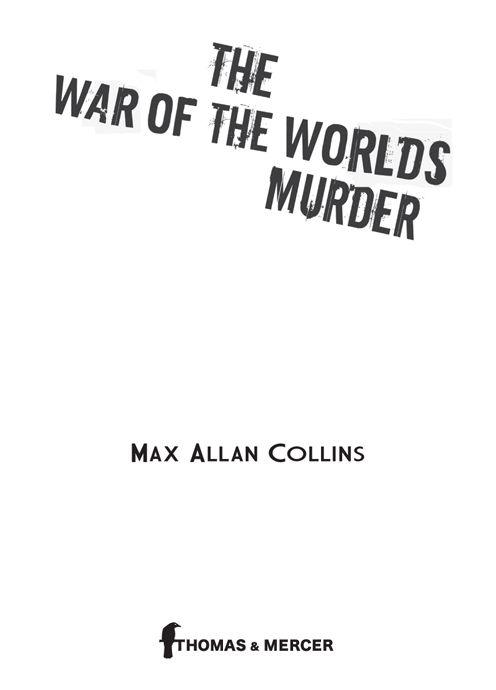 Text copyright © 2005 Max Allan Collins
All rights reserved.
No part of this book may be reproduced, or stored in a retrieval system, or transmitted in any form or by any means, electronic, mechanical, photocopying, recording, or otherwise, without express written permission of the publisher.

Though this is a work of fiction, an underpinning of history supports the events depicted in these pages. Still, the reader is cautioned to keep in mind what Orson Welles said in his 1973 film
F for Fake:
“Any story is almost some kind of lie.” In any case, the author intends no disrespect for the real people who were caught up in the so-called “Panic Broadcast” of 1938.

—Orson Welles, press conference after “The War of the Worlds” broadcast

It is my intention to introduce legislation against such Hallowe’en bogeymen.

Everything seemed unimportant in the face of death.

—A radio listener, the day after the broadcast

CHAPTER FIVE: NOW YOU SEE IT

CHAPTER SIX: WAR OF THE WELLES

A TIP OF THE SHADOW’S SLOUCH HAT

Not as long ago as 1938—when the bulk of this story takes place (and long before I was born)—but nonetheless distant, right out on the edges of my memory.

I graduated with an MFA from the Writers Workshop in Iowa City in 1972, right after selling my first mystery novel, and promptly took a job teaching Freshman English at the small-town community college where I’d been attending a few years before. I was just a kid, really, though I’d been married since 1968.

By ’75 I’d already sold half a dozen mystery novels. But only two of them had been published when I decided to attend my first Bouchercon, which was in Chicago, a city my wife Barb and I both felt comfortable in.

My childhood sweetheart and I had honeymooned for a week in Chicago, going to movies, dining in wonderful restaurants, checking out the sights, as well as the usual things newlyweds do...plus some they don’t, specifically risking my bride’s life during those turbulent times by having her help me chase down old used paperbacks I needed for my mystery collection, in some of the roughest parts of town. Toward the end of that week, Robert Kennedy was assassinated—we were
RFK supporters and anti-Vietnam War—and the event...in the context of celebrating our marriage...brought home just how fragile happiness can be. On the other hand, we’re still together.

On this return visit to Chicago, Barb did not attend the convention: she shopped at Marshall Field’s and along Michigan Avenue, though in those days it was mostly window-shopping. I, for the first time, mingled with mystery fans and my fellow writers, awkwardly straddling the two factions. That it was the weekend before Hallowe’en seemed appropriate for such benignly criminal doings, and Chicago was its chilly windy city self, the Palmer House hotel in the El’s shadow (the Wabash-side entrance, anyway); I felt almost like a grown-up.

My generation of mystery writers was perhaps the first to emerge largely from “fandom”—we had not only read the fiction of our writer-heroes, we had written and published “fanzines” celebrating that fiction and those creators, much like the world of comics, where I was also a fan (but not yet a writer).

Had I not already attended two or three comic book conventions, I would have been much more intimidated at Bouchercon Six, with its bustling dealers’ room that seemed so large (though by today’s convention standards was minuscule) and its panel discussions bracketed by informal conversations (in hallways and bars and dealers’-room aisles) between strangers with mutual interests. Many of us were what is now called geeks and even then were known as nerds—lonely oddballs pleased to encounter their own kind.

Patterned after similar events that had grown up in science fiction, the Bouchercon—named after celebrated
New York Times
critic/mystery author Anthony Boucher—is the World Mystery Convention. Fans, authors, editors, literary agents, publicists and of course booksellers attend these fan-run
gatherings, and as I write this in the early twenty-first century, the events—held in cities from London to New York, from Toronto to San Francisco—are attended by thousands, unlike the hundred or so who came to Chicago in 1975.

I was a barely published author—two paperback-original novels,
Bait Money
and
Blood Money
, had seen print—and certainly not a “name” fan, that is, a fan who’d published a fanzine. I’d contributed a few articles to such self-published publications, mostly defending and celebrating my favorite mystery writer, Mickey Spillane; but mine was definitely not a name that would resonate with the average attendee of Bouchercon Six.

I prowled the dealers’ room, wearing a name badge of course, and before long, a small miracle happened. A dark-haired, mustached kid stood grinning at me, his eyes large behind horn-rim glasses; he wore a light-blue dress shirt with the sleeves rolled up, and chinos, and seemed to be only mildly insane.

I checked the name badge of this guy:
Robert J. Randisi
. His home was identified as “Brooklyn,” a legendary city known only vaguely to Iowans such as myself.

The Banks of Certain Rivers by Jon Harrison
If You’re Reading This, It’s Too Late by Pseudonymous Bosch
Mira Corpora by Jeff Jackson
On The Origin Of Species by Charles Darwin
Hollywood Girls Club by Maggie Marr
Something Forbidden by Kenny Wright
A Bit of Difference by Sefi Atta
Black Teeth by Zane Lovitt
McMansion by Justin Scott
Scenting Hallowed Blood by Constantine, Storm