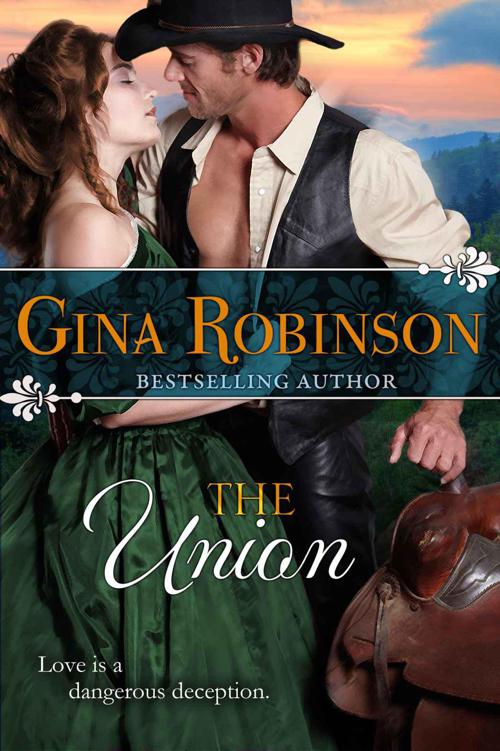 Love is a dangerous deception

HE KNEW THE DANGERS OF GOING UNDERCOVER

After killing Irish union thug McCullough in self-defense and assuming his identity, private detective John Dietz is worried that his cover is blown. Sent to the Silver Valley to infiltrate the miner’s union and uncover their plans to blow up an important mine, he’s ready for anything. Except falling in love with the beautiful fiancée of the man he killed.

BUT FALLING IN LOVE WAS NEVER PART OF THE PLAN

Keely Byrne fell in love with her fiancé through the mail. Now seeing him in person, he’s even more attractive and sexy than she imagined. But as Keely gets to know him, and falls more deeply in love she wonders if he really is who he claims to be. And as tension and danger explode all around them she hopes their love can survive the union.

Dietz watched as a fresh bead of blood dripped from McCullough's neck, trickling down to redden the collar of his white cotton shirt. McCullough's blue eyes reflected the clear skies above and nothing else. No life, no emotion. His raven hair was powdered with dust from the street, his head pillowed by soft dry dirt as he lay sprawled. His last living expression, confounded shock, had frozen on his face, giving him the ghoulish look of a caricature.

Damn! When did my aim go bad?

The detective agency had taught Dietz to shoot for the largest target, the body. How had he hit the bastard in the neck? Dietz must have squeezed the trigger too tightly, jerking up as he swung around to fire. Back to target practice or next time he'd be the one dying in the dirt.

Dietz's hands shook. That coward McCullough had surprised him from behind. To hell with him—with any luck, literally. If McCullough hadn't been cocky and yelled a warning, Dietz would be in his place.

What were McCullough's last words?

Dietz's safety, possibly his life, hung on two simple words he couldn't recall. Had McCullough yelled
die
and called out Dietz's alias, or his real name? And had anybody heard?

Sympathy for the miners' union ran high in Thompson's Falls. The air hummed with it, the saloon overflowed with talk of backing the men in Idaho, a mere thirty miles away, in their battle against tyrannical owners. They'd string Dietz up if they even
suspected
he was a private detective hired by the mine owners to break the union stronghold.

The Colt's 45 suddenly felt heavy in his hand. Who had leaked his identity to McCullough? Or had McCullough had another reason for wanting Dietz dead?

Dietz tried to appear dispassionate as he studied the dead man, masking his expression while coursing with anger. A crowd gathered in front of the saloon, circling Dietz. He looked up from where he squatted beside McCullough's body to the circle of blue sky above him rimmed with faces. Not a familiar one among them. The question remained—who was the betrayer?

Dietz pushed up from his squat and stood slowly. A meaty hand clamped his shoulder. He turned to stare into the eyes of the town sheriff.

"He fired first, but killing a man still feels like shit." Dietz stayed in character, acting as if he regretted killing the union terrorist, when nothing could be farther from the truth. Dietz had been undercover so many years, sometimes it seemed like his real identity was only another alias, anyway.

The sheriff released his shoulder. "I saw. You two were traveling together?"

The lawman's question caught Dietz by surprise. He tried to feign indifference. "No. Just friends, so I thought. Why do you ask?"

"Two Scotsmen. Same hair, same eyes, same height." The sheriff nodded toward the body. "He got any kin?"

"We were headed to his fiancée in Oregon." McCullough's fiancée was in Gem, Idaho.

"Then you won't mind taking the young lady his things. Seems the least you can do."

"Seems like it, but I can't take two horses. What do you say I sell his, and take the money to his lady? That is, what's left after we take some out for a proper burial."

"Very decent of you." The sheriff's solemn edge cracked as he gave what Dietz assumed was supposed to be a sympathetic smile. In reality, Dietz guessed the man felt relieved that the incident cleaned up quickly.

"Excepting his temper when he drank, McCullough was an okay sort." He was an asshole.

The sheriff motioned to someone in the crowd. "Dailey, go run for the undertaker."

An old man scampered off.

"Better get this settled so you can be on your way," the sheriff said.

"Sure." Dietz was in full agreement. "Anyone want to buy a horse?"

Lunn Gaffney sat in Keely Byrne's kitchen watching her as she started supper for the men. She felt his gaze on her as she moved about, dragging pots and pans to the stove. Why did he feel it necessary to check up on her?

"You think the men will rebel at having stew and biscuits again?" She hoisted a large metal pot filled with water onto the stove.

"Seems to me they'll eat whatever you serve them and be happy for it, or answer to me. Not a woman in town cooks better than you, Keely."

"Mrs. Shipley across the street does a fair job of it."

Lunn laughed. "Heard some of her fellows complaining yesterday. Maybe Allison will have to fire her."

"Mr. Allison will not fire her. You shouldn't go making fun of her. She's a fine woman, Lunn." Keely didn't understand what Lunn had against Mr. Allison and his storekeeper.

She let the remark slide by and peered out the window to check the weather. Gray clouds scudded by, but they looked less than threatening.

Lunn shifted in his seat. "It's odd Mrs. Shipley is out here without her man. Why would he let her come West alone to cook and clean for other men, boarders?"

"To survive, like I do. Mrs. Shipley running Mr. Allison's boarding house is no odder than me running this one. At least she
has
a man." Keely used to have a man around to protect her, and if she still did, she wouldn't be running a boarding house.

Michael!
Her heart ached every time she thought of her older brother, dead these last months. Anger, vicious in its vigor, boiled up with the hurt. She bit back a curse at the owners who ran the mine that had taken Michael's life. They held safety in no regard. If they had, Michael would still be alive.

Dietz pulled to a stop on the hill above the creek-hugging mining camp town of Gem, Idaho, with McCullough's saddlebags slung over his own, or rather, that of his alias, McCabe. Ironically, both were branded with a stylized Mc.

Damn McCullough!
Dietz had counted on McCullough being his ticket into the union bosses' confidence. Eight months spent befriending the asshole back in Pennsylvania and another month traveling across the country with the union terrorist, wasted.

Charlie Patterson, aka Leo Allison, the detective agency's operative in the Silver Valley, needed backup. The union suspected a spy in their midst. But the union labor strike made infiltrating by posing as a miner looking for work impossible. If Dietz strolled into town and applied for a job, the union boys would take him for a scab, non-union labor. He might just as well announce he was a detective. Either way, the mining boys would string him high. Now what was Dietz supposed to do?

Dietz pushed his annoyance away and surveyed the town below him. It didn't differ much from his expectations. Railroad, saloons, boarding houses, a store, a small cluster of houses. Didn't look like much of a place to raise a family. Not that he, being a bachelor, knew anything about raising a family.

Wild, mountainous terrain, covered with white pine and underbrush the likes of huckleberry bushes and wild syringa, surrounded the camp. Dietz clucked to his horse. Time to be riding in. First things first—find Keely Byrne, McCullough's fiancée, and give her the bad news.

Rifling through McCullough's things, hoping to find some useful information, he'd found a neatly tied bundle of love letters from Keely to McCullough. Maybe a scrupulous man wouldn't have, but Dietz had read every word. Miss Byrne's letters indicated she mistook McCullough for a compassionate, witty man. How a man as violent and vile as McCullough had pulled off such deception, Dietz didn't know. But for some reason the woman wanted to marry that bastard McCullough. What kind of a woman could she be?

As unappealing as the task was, he'd better get over and tell her first thing, omitting, of course, his part in the affair. Wasn't that what life was, one distasteful job after another?

"When is McCullough coming?"

With Lunn it always came around to McCullough. "He wired he'd be in any day. He had business in Thompson's Falls."

Why can't I find him attractive?
She honestly didn't know. Even now as she studied him, she couldn't say. Many women thought him handsome. Average height but stocky and powerfully built, he kept fit and muscular by laboring in the silver mines. He had dark hair and eyes and pleasant features. But in Keely's opinion, something about him kept him from being truly handsome, something off-center. She could never pin it down. Was his nose slightly too large, or were his eyes too small? Or was it his personality? She wished she knew, but something restrained her from feeling any physical pull toward him.

Michael had always discouraged any relationship between them. It seemed odd, considering he and Lunn had been good friends. Maybe it was nothing more than Michael's sense that she wasn't attracted to Lunn. Her brother had always been protective.

"You are too trusting, Keely. Always have been. Aren't you nervous about a man you've never met, never seen even a photograph of, coming to claim you?" Bitterness edged Lunn's tone.

She smiled sympathetically at him. "No. I can always reject him. McCullough always made it clear I could. My nerves, if any, come from the thought that I gave him the same option."

"Even so, Keely. It doesn't seem right." He cleared his throat.

She knew what he meant. It didn't seem right to Lunn, with him right there waiting for her. But she was not anxious over McCullough's arrival. She was eager and excited. Though they'd never met, she and McCullough had corresponded for nearly two years now. He wrote letters sparkling with wit and intelligence. Maybe that was the problem with Lunn—he was all brawn and no thought.