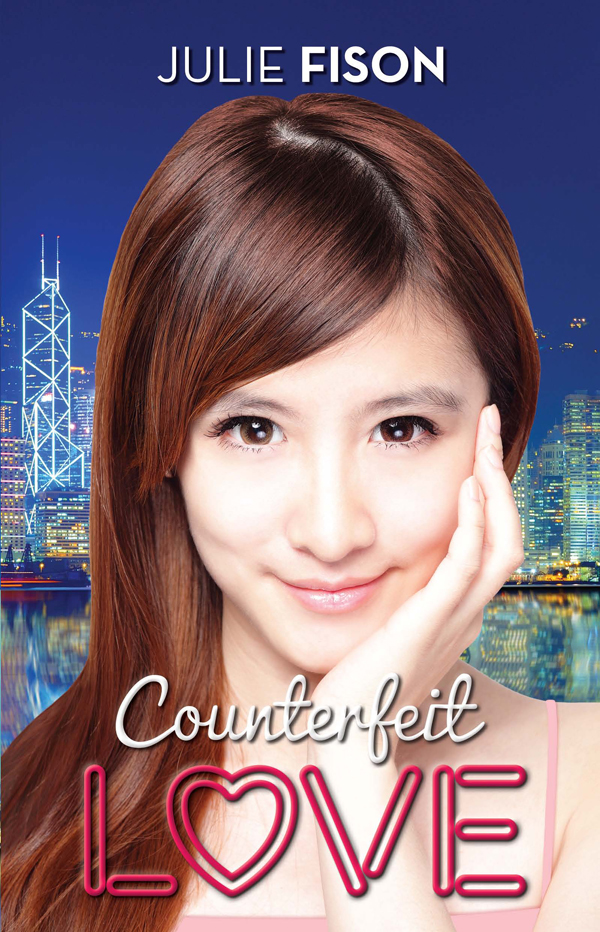 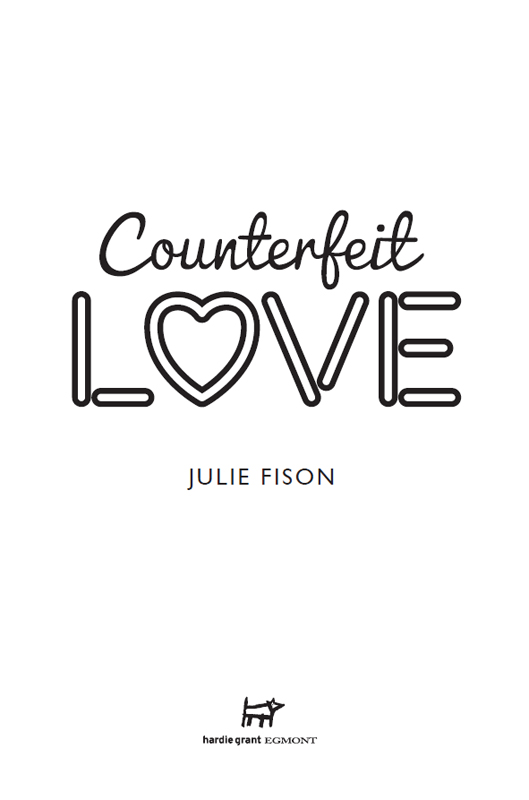 It was just after nine when Lucy Yang walked into the bar. She knew that she was a little late, but a quick glance around revealed that her flatmate was even later. Again. Charlotte, like pretty much everyone in Hong Kong, was married to her job, and nights out always came with a caveat:
Assuming I can get away from work in time
.

Lucy eyed a free table in the softly lit piano bar and made a beeline for it. It was only when she sat down that she spotted a cute Eurasian guy sitting on his own at the next table. He had his mobile to his ear, and an untouched mojito, by the look of it, next to his right hand. The sleeves of his striped shirt were rolled up to the elbows, revealing his tanned arms. Lucy wondered if he was the standard banker type – London educated, fluent in Mandarin, with a nice apartment in Mid-Levels, the
it
suburb for young professionals with too much money. He probably had use of a company gin palace on weekends, a big annual bonus and a matching ego.

She watched him for a moment as he mumbled into his phone, his head down, like he was trying to keep the conversation secret. If he wanted to do that he could have just walked out of the bar. But, as he was chatting away in there, Lucy felt she had every right to eavesdrop. As a reporter for a global business news network, she never missed an opportunity to pick up information.

She casually leant a little closer, straining to hear over the piano music that filled the room. It was impossible to catch any of the conversation, but she could see that something had the guy engrossed – his brows were knotted, and he almost looked in pain. Then all of a sudden he ended the call.

Lucy quickly straightened up to hide the fact that she’d been trying to listen, but she wasn’t quick or subtle enough, because the guy’s eyes fell right on her. Lucy looked away.
Totally busted
. She kept her head down for a second or two before she glanced up again.

The guy was still looking at her, but he didn’t seem pissed off – he seemed almost amused, with the hint of a lopsided smile creeping up his face. He held her eyes for a moment or two and then looked towards the doorway, serious again. Lucy tried not to stare, but she couldn’t keep her eyes off him. It wasn’t his cute face that fascinated her, it was the way he ran his hand through his hair, then drummed his fingers on the table, his eyes flicking between the doorway and his mobile. He seemed really on edge. Lucy felt goosebumps spring up along her arms.

Hel-lo Cute Serious Guy
, Lucy thought.
Looks like you’ve got something on your mind. Want to talk about it?

Lucy wondered what was making him so jittery. It was bound to be business – the source of all things good
and
bad in this city. She had no idea what kind of business that might be, but she wanted to find out. She’d definitely accept an invitation to a day out on the company boat if he needed a partner. He was bound to have a story or two tucked up his sleeve.

‘A mojito, please,’ she replied, loud enough for Cute Serious Guy to hear. She didn’t normally drink mojitos – in fact she didn’t drink much at all – but perhaps her choice would give him the perfect opportunity to strike up a conversation. Instead he seemed only to have eyes for the doorway. Again his fingers went through his hair and then back to drumming the table. Lucy tried to casually catch his eye, but he was too distracted, which only made her more interested.

It was only after Lucy had been watching for some time that another possible reason for his nerves crossed her mind. He might be waiting for his girlfriend – he was edgy because they hadn’t seen each other in a while, or maybe it was a first date. Lucy wondered why she hadn’t considered that first. He was gorgeous; of course he had a girlfriend.

She looked towards the door, waiting for some leggy uberbabe to appear. Now Lucy was the one fiddling with her phone and drumming the table, totally tense. As she stared at the entryway, in shuffled a guy who looked like he’d just arrived from a time machine – he was wearing some kind of safari suit and enough cologne to gas the entire bar. Lucy was relieved that it wasn’t a red-hot model, there to meet Cute Serious Guy – until Mr Safari Suit pulled out a chair next to her.

‘Mind if I sit?’ he said after he had already sat down. He dropped a department store shopping bag down beside his feet.

She was about to explain that her friend was arriving any moment and the seat was effectively taken, but she was distracted by events at the next table. Cute Serious Guy wasn’t looking at the doorway anymore – he was looking right at her, his face more intent than ever. There was no sign of that lopsided smile; he was biting his lip. Lucy had been trying to get his attention for the past ten minutes. Why did he have to wait until that exact moment to take an interest in her?

No!
she wanted to say.
I’m not with this guy in a safari suit. I’m single and (almost) completely baggage free.
Instead she smiled at him, but by then it was too late – he was fiddling with his phone. His timing was terrible.

The waitress arrived with Lucy’s mojito.

‘Thank you,’ Lucy sighed. She took a large gulp to lessen the pain of ending up with a strange and badly dressed old fart when she could have been sitting with a cute guy sharing mojitos and interesting stories.

Mr Safari Suit ordered a beer and then turned to Lucy. ‘A fine place to do business.’ He cast his eye around the bar and then spent a few moments studying his shopping.

‘Mmm,’ Lucy nodded, trying to edge away from Mr Safari Suit and attract Cute Serious Guy’s attention. But he was still busy with his phone. ‘It doesn’t have a view, but I like it because it’s generally quiet. You don’t find that too often in Hong Kong.’

She’d been coming to the Art Bar on the second floor of the Grand Hotel, pretty much every Friday night since she’d arrived in the city. The drinks there were actually well outside her budget, but the art deco fittings and subdued lighting were so elegant that she put up with the exorbitant prices because it made her feel like a success – even though she’d only spent three months in her new job and she knew she hadn’t quite made it. Yet.

‘Hope I didn’t keep you waiting. I wasn’t expecting you so early,’ Mr Safari Suit said, interrupting her thoughts. He picked up a few wasabi peas from a bowl on the table and began rolling them between his fingers like worry beads. ‘You’re looking very well this evening.’

Lucy frowned.
What the hell is this guy on about?

Lucy wasn’t offended – just confused. But before she had a chance to work out what was going on, she was distracted by a text beeping on her phone. She discreetly opened it as the waitress arrived with Mr Safari Suit’s beer.

The message was from Charlotte.

Lucy sighed to herself. She needed Charlotte to walk in right this second. It was getting slightly awkward with Mr Safari Suit.

‘I hope you’re happy with the …
arrangement
,’ he was saying. He glanced at his shopping bag.

Lucy frowned.
Who does this guy think he’s talking to? Oh my god, he doesn’t think I’m a hooker, does he?
She wriggled her skirt hem down her thighs just in case. Mr Safari Suit paid no attention. He tossed the wasabi peas in his mouth and then downed his drink. Then he nudged his shopping bag towards Lucy’s feet. Lucy looked at the bag, but before she had a chance to puzzle out exactly what was going on Mr Safari Suit stood up.

‘It’s the usual order.’ He fished in his pocket and pulled out some money, which he put on the table for the drinks. Then he turned back to Lucy. ‘Thank you, Miss Chan. I look forward to doing business with you again. And may the winds favour you.’

He walked towards the door and looked back at Lucy, giving her a nod before disappearing from view. Lucy stared at the shopping bag, which he’d left at her feet.

She assessed it for several seconds, knowing she should be running after Mr Safari Suit. She wasn’t Miss Chan, some businesswoman, or whoever it was he thought she was. She was Lucy Yang, a reporter. She had to return the bag. It wasn’t meant for her.

She gave the bag a prod with her foot and then bent down to take a peek. She could see a large white envelope inside.
How weird
. Lucy sat back for a moment to go over what had just happened. Some dude had mistaken her for someone else and handed her a package. A strange way to do business, surely? Was there something illicit going on that required a discreet bag drop? Lucy’s heart started racing as she stared at the envelope. Maybe she had just been handed something she had always dreamt of. Perhaps the envelope was full of confidential documents. She could be sitting on a world exclusive – a ticket to the big league!

Lucy glanced sideways at Cute Serious Guy. He was talking on his phone. He seemed to be too busy to notice her now. She took a deep breath and, in the spirit of journalistic inquiry, grabbed the shopping bag. She would look over the contents later – not there in the bar, but privately, at her apartment where she could make a proper assessment of things. She managed to convince herself that it wasn’t stealing if there was something illegal going on. She felt certain she was going to uncover a big story – surely that justified borrowing a few documents. She tried not to think about the fact that she wasn’t just
borrowing
anything. There was no way to return the documents, even if she wanted to, because she had no idea who Mr Safari Suit was or where to find him.

Lucy put her bags over her shoulder and got to her feet. Beside her, Cute Serious Guy was texting. She would have loved to stay and find out his story.
Some other time
, she thought. Right now, she had too many things on her mind to be thinking about him.

She hurried out of the hotel bar, considered the lifts, but decided to walk down to the lobby to avoid any chance of bumping into anyone. The guy in the bad suit would realise sooner or later that he had handed his precious documents to some random girl, and he’d probably be pretty pissed off about it. He might be looking for her already.

Lucy was buzzing with excitement as she waited in the taxi queue outside the hotel. She squeezed the shopping bag, wondering what she was carrying. Was it a big order for something, or was it a merger, or an acquisition? Why was it so secretive? She could barely wait to uncover the contents of the envelope but, just as she climbed into the back of a taxi to head home, another text from Charlotte beeped on her phone.