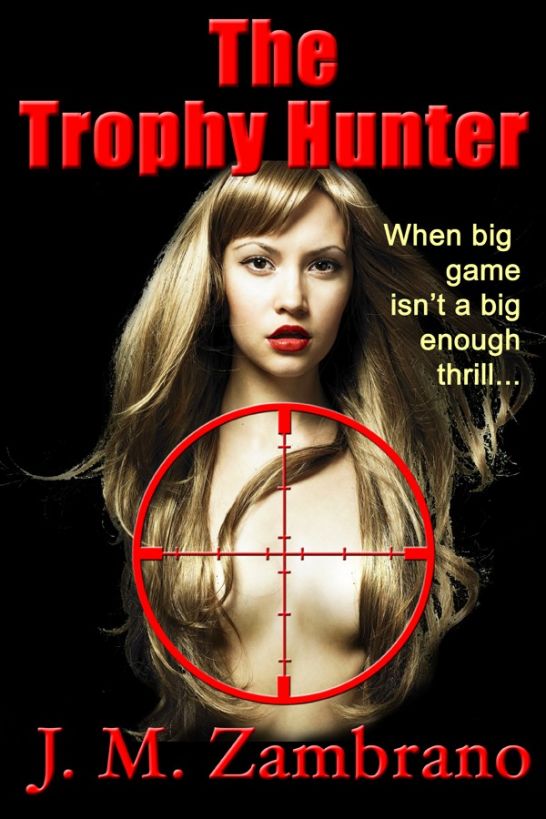 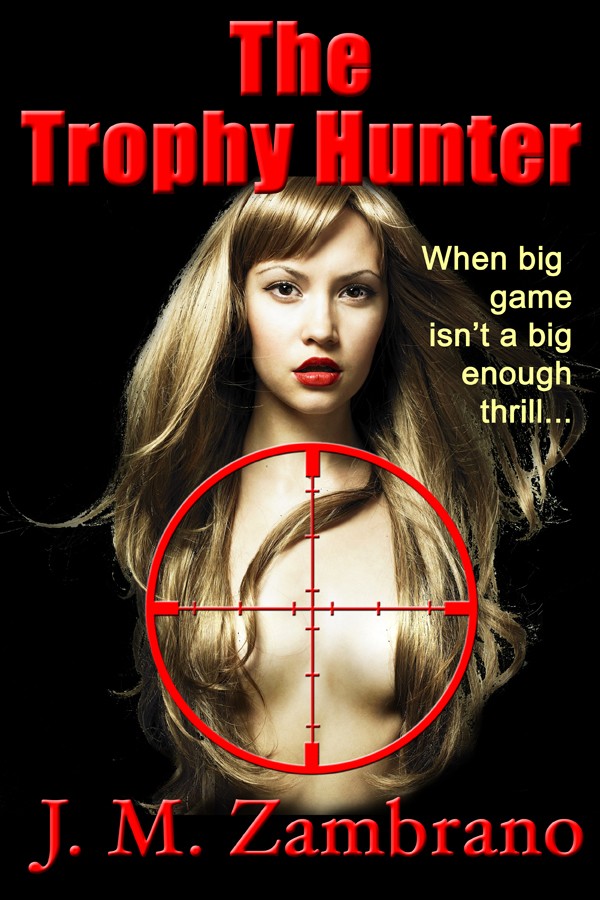 This is a work of fiction. Names, characters,
places, brands, media, and incidents are either the product of the
author’s imagination or are used fictitiously.

This ebook is licensed for your personal
enjoyment only. This ebook may not be re-sold or given away to
other people. If you would like to share this book with another
person, please purchase an additional copy for each person. If you
are reading this book and did not purchase it, or it was not
purchased for your use only, then please return to Smashwords.com
and purchase your own copy. Thank you for respecting the hard work
of this author.

The chill November wind carried dampness from
the lake beneath the flaps of Diana’s khaki hunting cap. Her ears
ached from the intrusion. She and Daddy had been trudging through
the early morning cold for what seemed like hours. Her teeth
chattered. He was far ahead of her now. Good. He couldn’t chew her
out for making noise.

Where was the sun? That pale piece of cold
light must’ve dropped into the lake and drowned.
Why did Mother
let him take me?
Her other self, the wise-beyond-her-years one,
already knew the answer. He took what he wanted.

She trudged onward through the damp, scruffy
brush, wishing for a brother to take her place. Knowing at age
eleven that this was unlikely. Her best friend had an older sister
who’d clued them in to the facts of life the year before. She knew
where babies came from and that parents who slept in separate rooms
weren’t likely to get any. Babies, that is. She knew what her dad
got. But now that she was older, he was more careful about what he
did in front of her.

Ahead of her, Daddy abruptly held up a large
hand that signaled her to halt in her tracks. The rifle weighted
heavily in its case, slung across her shoulders. Then he beckoned
impatiently. She could imagine a frown lurking beneath the bill on
his cap. She doubted that he had a clue about the revulsion that
crouched in the corner of her heart. But she didn’t have the guts
to tell him outright. Some fragment of wanting to please him still
remained with her.

I so don’t want to be here. Why can’t he just
see that?

When she reached his side, propelled by
reluctant feet, he snatched the rifle case from her shoulders,
dislodging her cap in the process. No apology followed. She hadn’t
expected one. His look bespoke total disgust.

Slow, awkward. She read his mind.
Of
course. I hate this. You think I won’t put it off as long as I
can?

Now that she’d grown so tall, similar
adjectives got appended to her at school. She towered over all the
girls in her sixth grade class. Forget the boys. They were dorks.
But it would be nice to have a dad who thought she was cool as a
girl. It would have been …

“Open the breech,” he whispered, shoving the
rifle at her.

Even through gloves, the barrel’s cold metal
increased her shivering. “No, Daddy. I don’t want to.” She summoned
the courage to push the weapon back at him.

“Open the goddamn breech and load your
weapon.” He spit the words at her, still whispering, but she pushed
the gun away, would have no part of it.

Then she saw why he whispered. A small herd
of white-tailed does had entered a clearing some yards ahead of
them. One larger doe paused and sniffed the air. As she felt the
wind on her face, Diana suspected that the animals were unaware of
their intrusion.

Daddy put aside his own rifle and started
loading hers.
One cartridge. One shot. One kill.
His mantra.
A drowning sensation enveloped her, more than could be blamed on
the mist from the lake that froze in droplets on bare twigs and
evergreens.

He forced the weapon back into her shaking
hands. She took it this time, not to please him, but to keep the
deer alive for one more moment.

“Get your goddamn finger out of the trigger
guard,” he hissed.

She quickly obeyed. It had been a slip. If he
hadn’t shoved it at her so rudely, she’d have remembered.

“That one.” He moved his eyes in the
direction of the unsuspecting herd. She knew he meant the biggest
of the lot. The one she’d tagged in her mind as
the wise old
doe.

Stall for time.
She sighted through
the scope, deliberately spotting a tree to the left of the big doe.
The deer were maybe fifty yards away. Easy to miss and scatter them
to safety. So she jerked off a shot, still aiming for the tree.
Crack!
Pain stabbed her right shoulder. The rifle kick would
leave a bruise, even through the padding. The pain was nothing. Her
heart did joyous flip-flops as she watched the does’ little white
tails bobbing as they leapt to safety beyond the clearing.

Daddy was fuming like a freight train. She
wanted to laugh but didn’t dare. He sure didn’t need to whisper
now, did he?

“Squeeze, goddamn it! You don’t jerk. How
many times do I have to tell you?”

Cap in hand, she hung her head, letting her
long hair hide her smile at his expense. Still holding the rifle,
she had the fleeting urge to turn it on him and
squeeze.
Bye-bye, Daddy.

“Don’t be a crybaby,” he admonished,
misreading her scrunched-up face. “There’ll be other chances.” His
tone softened. How could he not know her at all?

Much to her relief, he seemed to accept her
miss as unintended. Or was that only wishful thinking on her part?
Maybe if she could convince him that she was unteachable, he’d give
up on her. At one point, he put a hand on her should and said in an
almost fatherly tone, “Your problem is that you failed to identify
your target. Before you go near the trigger, you must unequivocally
identify your target.”

Two whole sentences and no cussing.

The rest of the day ahead of them weighed
heavily on Diana. The strap from the rifle case rubbed against her
bruised shoulder. How many times could she miss a shot before he
got wise? And what if he did? He couldn’t make her shoot something
warm and living, could he?

An October dawn cut a swath of vermilion
across the eastern horizon. Reflected off the western peaks, it
gave the valley an eerie glow.

The Hunter watched a shivering sun inch
upward, stingy with its warmth. He glassed the surrounding area,
sweeping 180 degrees to the west where roiling clouds oozed between
the peaks. The prospect of another storm pleased him. The elements
were his allies.

From his rocky aerie he could see her
approach the cabin in the tan pickup. He watched her park and get
out. Through the scope on his .17 HMR he caught her neck in the
crosshairs. The bullet would leave one small hole in the V where
her collarbones met, with only a minimal exit wound.

He chuckled softly at her stupid attempt to
hide the vehicle under a few branches. She thought she could hide
from him. He salivated in anticipation of the look in her eye when
she realized her mistake.

Outside the cabin, Brandi Rogart’s hands bled
through insulated gloves from the effort of tearing boards off the
window. In her haste to get started, she’d come ill prepared. What
had begun as a half-hour drive had turned into an overnight watch,
then a two-hour drive into the mountains. The cabin door, padlocked
from the outside, stubbornly resisted her attacks with the tools
from her truck. She simply didn’t have the strength. But the little
window in back that she reached by standing on a discarded sawhorse
finally yielded to her.

Panic rose in her throat like vomit as she
peered back through the pines brown from beetle kill. She had no
idea when he would return. Maybe he’d already found the truck where
she’d left it covered with pine boughs in a little clearing off the
road.

Another thought sent the hairs up on the nape
of her neck where they weren’t caught up in her long, dusky braid.
What if he knew she’d followed him? Planned it even?

She brushed off the fear along with the rest
of the icky, webby things that festooned the window; then hoisted
herself up onto the sill. As she dropped to the floor inside, her
eyes searched the semidarkness for her daughter, Lori.

“Why are you here?” asked a female voice
unlike her child’s.

Lori materialized as Brandi’s eyes became
accustomed to the gloom. But the voice seemed to come out of a
stranger. The girl’s blond hair─matted─probably filthy from the
look of the surroundings─was tied back with a thin strip of
leather.

“We’re getting out of here. Hurry, sweetie.
He may be back soon.” The place reeked of stale urine. It was worse
than an animal’s cage. Brandi looked at the front door, the only
door, and remembered the padlock on the outside. They’d have to
leave by the window.

Brandi shook her head to clear out Lori’s
words. He must’ve brainwashed her. Or drugged her. She looked into
her daughter’s eyes and saw that the child was gone. Rage at the
man filled her. She wished she’d brought a gun even though she’d
always hated firearms.

Like trapped birds, her eyes crashed around
the miserable room, looking for some kind of amenities. How could
even a drugged person consider staying here? No toilet, no sink. No
visible plumbing of any description. A couple of plastic buckets. A
five gallon jug of bottled water sat atop a dispenser. No
electricity. A propane heater did a passable job of taking the
chill out of the room.
She’s not in her right mind.

“How did you find us anyway?” Lori asked in
an annoyed voice.

It had been the phone call Brandi had
overheard. She’d picked up the extension, thinking it might be news
of her daughter. It had been, but not from the authorities. “How is
she?” he’d asked. “Sweet,” was the response. Brandi had choked on
her anger as she’d carefully replaced the instrument. Then she knew
where to look, who to follow.

And it hadn’t been a total surprise. Brandi
had seen how he’d looked at Lori on the rare occasions when the
families had gotten together. When her dad and husband had come
back without her daughter, she knew the story didn’t make sense. A
hunter’s daughter knew better than to wander off into the woods
alone.

“Did his wife find out and call you?” asked
Lori.

“No.” Brandi focused on planning their
escape. They’d have to stand on something to get out the window.
She assessed the furniture. A bed─she didn’t want to think about
what went on there. A desk and chair. An ancient armoire. A
vinyl-covered table and two sort-of matching chairs. All scarred
flea market rejects. But they could stand on the table to reach the
window.

“Help me carry the table over there.” Brandi
indicated the window.

“Sweetie, it’s okay now. I’m here to take you
home.” She reached out, hating the repugnance she felt toward her
daughter’s unwashed body that reeked of the man’s scent.

The girl─she could hardly think of her as
Lori─shrank away from her touch. “He loves me. Leave us alone.”

“You’re thirteen years old. You know I can’t
do that.” Brandi weighed her choices. There was no way she could
drag Lori through the window against her will. She tried reason.
“He’s got you locked up. If he loved you, would he do that?”