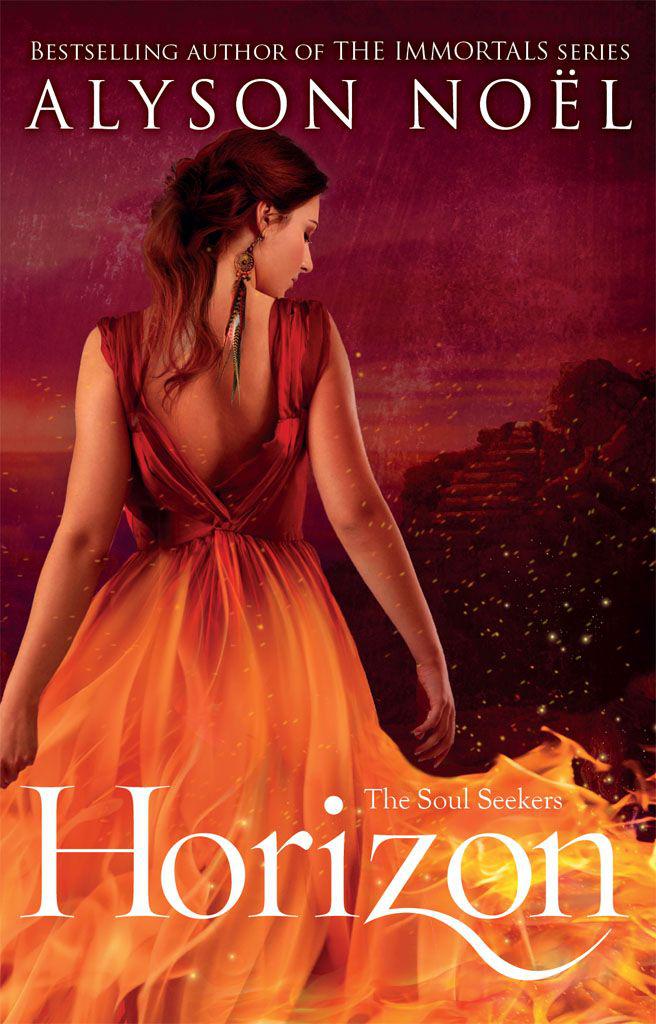 In memory of Matthew Shear: a large-hearted soul with a booming laugh and a ready smile, who took a chance on me eight years ago when he published my first novel. My life
is forever changed for having known him.

It’s been months since I last had the dream.

Months since I was trapped in its unyielding grip.

And though I try to resist, try to force my way back to the safety of consciousness, I continue to slip.

I’m aware, but not lucid.

The dream is not mine to control.

Like always, it begins in the forest. A forest that exists in the Lowerworld—that unseen dimension yawning beneath this world, the Middleworld, with the Upperworld sprawling above.

It’s a place I’ve visited many times, in both waking and dream states. A place that consists primarily of compassion, love, and light.

Or at least not tonight.

It’s Raven who leads me. Soaring above an unchanging landscape of crisp cool air and wide verdant lawns with lush bouncy blades that spring underfoot. His purple eyes glimmer, rushing me
past a tall grove of trees cloaked with leaves so thick, only the faintest trace of light filters in.

Along with an irrepressible longing to reunite with the boy who awaits me.

A boy who is no longer a stranger. No longer faceless and nameless.

In the dream, Dace bears the same glossy dark hair and gleaming brown skin he does in real life. The same astonishing icy-blue eyes banded by gold that reflect my image thousands of times.

He’s my fated one, as surely as I am his.

And yet, with so many answers secured, the question remains:
In this particular dream—which one of us will die?

Raven lures me through a valley of boulders—past a swiftly moving stream teeming with vivid, blue fish—only to vanish the moment we’ve reached the clearing. Leaving me to stand
on my own, running an anxious hand over the front of my dress. A dress that once seemed inexplicable, but that I now recognize as the one I wore on my return from the Upperworld.

Finally, the pieces of this strange, surreal puzzle begin to fall into place.

Though how this will end is anyone’s guess.

He speaks my name from a place just behind me, and for one sweet moment, I shutter my eyes and inhale his deep, earthy scent. Stretching time for as long as I can, knowing all too well how brief
this moment will be.

He places a hand on my shoulder and turns me to face him. And despite having played this role countless times, there’s no suppressing the sharp intake of breath when my gaze meets the
immaculate angles and curves of his face. The strong, smooth brow that can signal anger, amusement, or desire with only the slightest shift—the high, elegant cheekbones—the square chin
and strong jaw—the sure, straight nose—the enticing, full lips. He stands before me in offering, his torso lean and bare. Displaying wide, strong shoulders, and finely drawn abs that
narrow into slinky, trim hips where a pair of faded, old jeans dip precariously low.

He reaches toward me, lifts a hand to my face. Brushing his fingers around the curve of my jaw, he bestows me with a look that’s meant to assure that he’s in on it too. Wise to the
potential for danger ahead, but determined to enjoy this scene until another one shifts into its place, we head for the other side of the forest and wade into the misty, swirling waters of the
Enchanted Spring. Both of us all too aware this is where the dream takes a turn, yet, pawns that we are, we merge toward each other, unable to veer from the script.

Dace’s fingers glide over my flesh, leaving ripples of warmth in their path, as his lips press urgently against mine. His kiss so bewitching, it renders me breathless, drunk with his
touch, yearning for more.

He works the slim straps of my dress, pushing the fabric down past my shoulders, my waist, until I stand bared before him. Then he dips his head low and brings his mouth to my breasts. The feel
of his tongue teasing my flesh, causing my legs to grow weak, my spine to yield. The two of us caught in the grips of the sweet, glorious pleasure of being together, until he lifts his chin and
says, “It is time.” His eyes are burning, deep, and fixed right on mine.

Quick to agree, I nod in reply. Sensing the truth behind the words, though I’ve no idea what they mean.

“There is no going back. You are meant to be mine.”

Why would I want to do that?

I was born to find him—of that I am sure.

I move past my thoughts and pull him back to me. My lips swelling, pressing, only to find Dace is no longer before me—someone else has taken his place.

Someone who bears the same strong, lean body—the same sculpted face. And while the eyes share the same color, flecked by brilliant bands of gold, the similarity ends there.

These eyes are cold.

And instead of reflecting, they absorb like the void I sense them to be.

The one I was born to kill.

If he doesn’t get to me first.

I yank hard at my dress in a desperate bid to cover myself, as I shove a hand to his chest and struggle to push him away. But he’s unfeasibly strong and remains right in place.

“Where’d he go? What’d you do?” My gaze darts all around.

My question met with a tilt of his head, a quirk of his brow, and an absurdly muttered, “Who?”

“Dace! Where is he? What have you done?” The words ring high-pitched and shrieky, though they’re no match for the frantic pounding of blood rushing my ears, my heart pummeling
my rib cage.

“I am Dace.” He smiles. “And Dace is me. We are one and the same. I thought you knew that by now?” He grins, and I watch in horror as his face morphs to resemble
Dace’s before returning to his own sinister visage. Transmuting back and forth, over and over as I slam a fist against his shoulder, fight to break free.

This is not how the dream goes.

“The light and the dark. The yin and the yang. The negative and the positive. We are connected, bound in mystical ways. One cannot exist without the other. As you already know.”

“You may be connected, but you’re
not
the same. Dace is
nothing
like you! You’re a demon—a trickster—a—” His face morphs back to Cade,
and I finally break free. Desperate to find my way to dry land, only to discover the landscape has changed.

The Enchanted Spring has morphed into a steep, narrow mesa jutting out of the earth.

Before me lies an endless abyss.

Behind me stands Cade.

Preferring to die on my own terms, my own way, I inch forward until my toes clear the edge.

“Daire, please. No more games. No more running away,” he pleads.

I gather my dress in my hands, only to find it changed too. No longer the white gown I wore in the Upperworld, this gown is a deep, sunset red, with swirling skirts, an open back, and a deeply
plunging neckline.

Without hesitation, I lift my arms to either side and teeter precariously. Allowing the wind to catch me, render me floaty and weightless as I drift through the ether as light as a raven
feather.

A glorious sensation I desperately try to prolong—though the effect is short-lived when Cade grasps the back of my gown and hauls me back to him.

Circling an arm at my waist, he clutches me tightly, and says, “Stop fighting me. Like it or not, this is your destiny. It’s time we finally do this.”

I try to respond, but my voice is on mute.

Try to shirk from his touch, but I’m frozen in place.

Caught in the endless abyss of his gaze, I am helpless, his to command.

Watching as he lifts my hand before me and slides a brilliant blue tourmaline ring onto my finger.

I wake to the sound of screaming.

The sound of screaming and someone pounding hard on my chest.

I bolt upright, flip on the bedside lamp, and catch Daire by the wrist before she can wail on me again.

“Daire—” I whisper her name, fight to still her body, her breath. Ease her away from the darkness of nightmares and back to the light of consciousness again.