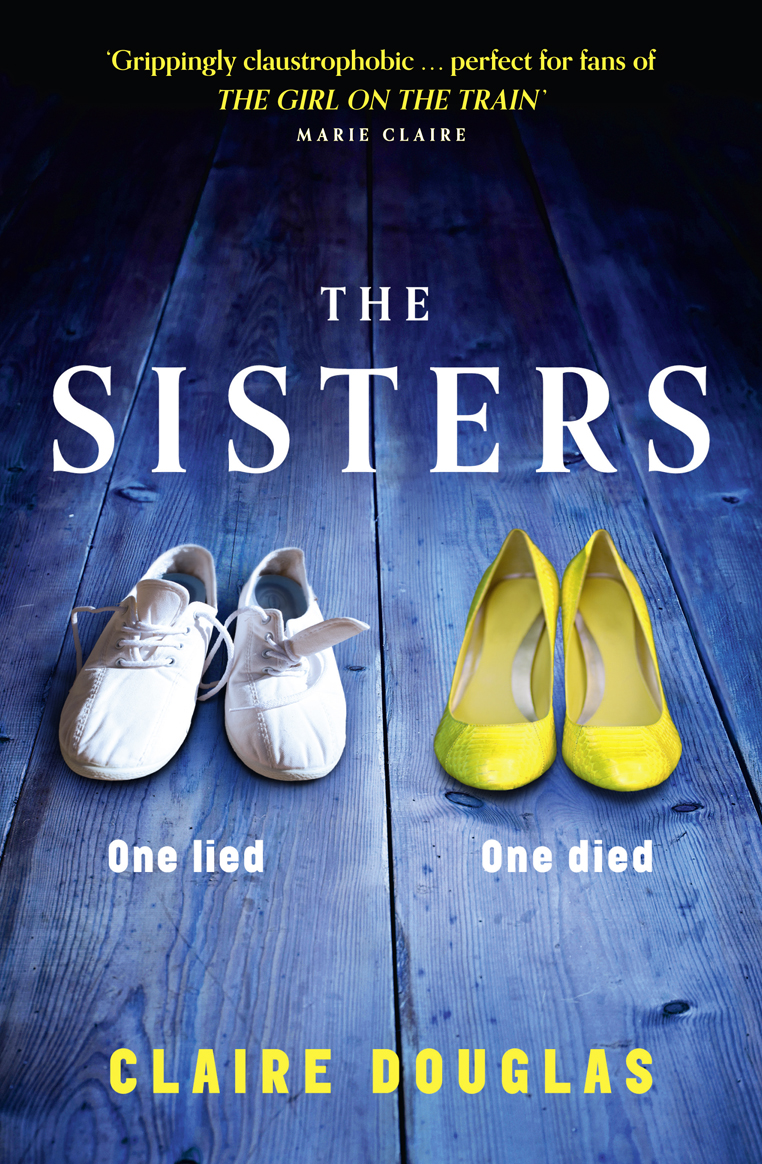 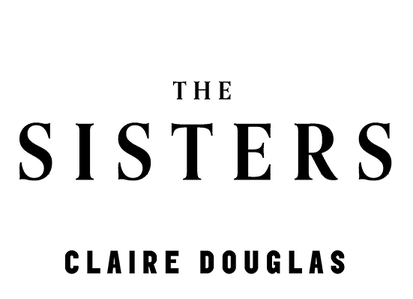 Claire Douglas asserts the moral right to be identified as the author of this work.

In memory of my brother, David, and for my sister, Sam

… we’re twins, and so we love each other more than other people …

I see her everywhere.

She’s in the window of the Italian restaurant on the corner of my street. She has a glass of wine in her hand, something sparkly like Prosecco, and her head is thrown back in laughter, her blonde bob cupping her heart-shaped face, her emerald eyes crinkling.

She’s trying to cross the road, chewing her bottom lip in concentration as she waits patiently for a pause in the traffic, her trusty brown satchel swinging from the crook of her arm.

She’s running for a bus in black sandals and skinny jeans, wire-framed glasses pushed back on to bedhead hair.

And each time I see her I begin to rush towards her, arm automatically rising to attract her attention. Because in that fraction of a second I forget everything. In that small sliver of time she’s still alive. And then the memory washes over me in a tsunami of emotion so I’m engulfed by it. The realization that it’s not her, that it can never be her.

Lucy is everywhere and she is nowhere. That’s the reality of it.

I will never see her again.

I catch sight of her as I’m sipping my cappuccino in the café opposite, and even through the rain-spattered window the resemblance to Lucy makes me do a double take. The same petite frame swamped in a scarlet raincoat, pale shoulder-length hair and the too-large mouth that always gave the impression of jollity even when she was anything but happy. She’s holding a spotty umbrella to protect herself from another impromptu spring shower and her smile never fades, not even when she’s ignored by busy shoppers and hostile commuters, or when a passing bendy-bus sends a mini tidal wave in her direction, splashing her bare legs and her dainty leopard-print pumps.

My stomach tightens when a phalanx of businessmen in suits obscure my view for a few long seconds before they move, as one entity, into the train station. The relief is palpable when I see she hasn’t been washed away by the throng but is still standing in the exact same spot, proffering her leaflets to disinterested passers-by. She’s rummaging in an oversized velvet bag while trying to balance the handle of her umbrella in the nook of her arm and I can tell by the hint of weariness behind her cheery smile that it won’t be long before she calls it a day.

I can’t let her go. Gulping back the rest of my coffee and burning the roof of my mouth in the process, I’m out the door and into the rain while shouldering on my parka. I zip it up hurriedly, pull the hood over my hair to guard against the inevitable frizziness and cross the road. As I edge closer I can see there is only a slight resemblance to my sister. This woman’s hair is more auburn than blonde, her eyes a clear Acacia honey, her nose a small upturned ski-slope with a smattering of freckles. And she looks older too, maybe early thirties. But she’s as beautiful as Lucy.

‘Hello,’ she smiles, and I realize I’m standing right next to her and that I’m staring. But she doesn’t look perturbed. She must be used to people gawping at her. If anything, she looks relieved that someone has bothered to stop.

‘Hi,’ I manage as she hands me the leaflet, limp from the rain. I accept it and my eyes scan it quickly. I take in the bright print, the words ‘Bear Flat Artists’ and ‘Open Studio’ and raise my eyes at her questioningly.

‘I’m an artist,’ she explains. By the two red spots that appear at the apples of her cheeks I can tell she’s new to this, that she’s not qualified yet to be calling herself an artist and that she’s probably a mature student. She tells me she has a studio in her house and she’s opening it up to the public as part of the Bear Flat Artists weekend. ‘I make and sell jewellery, but there will be others showing their paintings, or photographs. If you’re interested in coming along then you’re most welcome.’

Now that I’m closer to her I can see she is wearing two different types of coloured earrings in her ears and I wonder if she’s done it on purpose, or if she absent-mindedly put them on this morning without noticing that they don’t match. I admire that about her, Lucy would have too. Lucy was the type of person who didn’t care if her lipstick was a different shade from her top or her bag matched her shoes. If she saw something she liked she wore it regardless.

‘I’m Abi. Abi Cavendish.’ I wait for a reaction. It’s almost imperceptible but I’m sure I see a flash of recognition in her eyes at the mention of my name, which I know isn’t down to reading my by-line. Then I tell myself I’m being paranoid; it’s still something I’m working on with my psychologist, Janice. Even if Beatrice had read the newspaper reports or watched any of the news coverage about Lucy at the time, she wouldn’t necessarily remember, it was nearly eighteen months ago. Another story, another girl. I should know, I used to write about such things on a daily basis. Now I’m on the other side. I am the news.

Beatrice smiles and I try to push thoughts of my sister from my mind as I turn the leaflet over, pretending to consider such an event while the rain hammers on to Beatrice’s umbrella and on to the back of my coat with a rhythmic thud thud.

‘Sorry it’s so soggy. Not a good idea to be dishing out flyers in the rain, is it?’ She doesn’t wait for me to answer. ‘You don’t have to buy anything, you can come along and browse, bring some friends.’ Her voice is silky, as sunny as her smile. She has a hint of an accent that I can’t quite place. Somewhere up north, maybe Scottish. I’ve never been very good at placing accents.

‘I’m fairly new to Bath so I don’t know many people.’ The words pop out of my mouth before I’ve even considered saying them.

‘Well, now you know me,’ she says kindly. ‘Come along, I can introduce you to some new people. They’re an interesting bunch.’