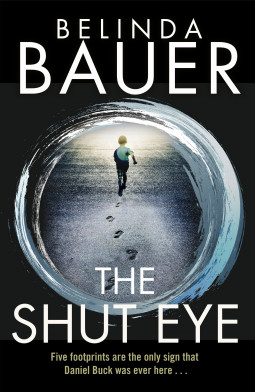 JOHN MARVEL LOOKED
at his watch.

It was eight thirty-seven, and he’d done the same thing less than a minute earlier. He had promised Debbie he would be home by nine. Normally it wouldn’t matter, but tonight it did, although he wasn’t sure why.

He didn’t like to be outdoors. It was too …
fresh
. Even here, where London had sprawled south – overlapping the river and coating what used to be the Garden of England with its grime and its traffic and its smell of soot.

Marvel had started to sprawl with it: too much home cooking.

Comfort had always made him restless. He needed to be always moving on, moving up, otherwise he got frustrated.

Now he looked across the road to the King’s Arms. It was filled with warmth and noise and booze. It had been more than a year since he’d been there – been drunk – and he still missed it like a lover, with a yearn in his chest and a dry lump in his throat. He wouldn’t have gone in tonight. Or any night. It was a test – a game he played with himself. Driving past, slowing down, craning to look.

But tonight he’d stopped. He didn’t know why. He was no more thirsty than on any of the other four hundred days since he had had a drink.

And then he’d seen the woman.

And now it was hard to stand here, so near, and yet so far. The pub’s grubby stained-glass windows were lit from behind, like Christ in a cathedral, calling all sinners.

It was eight thirty-eight. The second hand arced through the quadrant in a series of cheap jerks.

The woman on the ledge flinched and her fingers pressed more tightly against the brick parapet. In the cold amber glow, Marvel could see the goose-bumps stippling her skinny arms. She was wearing indoor clothes. A thin, strappy top and skinny jeans and those stupid little ballet shoes women wore nowadays instead of high heels.

But then, she didn’t strike him as a high-heels kind of girl. She had a pinched, undernourished look to her face that made her cheekbones sharp and her eyes seem huge, but in a way that was less Audrey Hepburn, more eating disorder.

Marvel guessed she was in her early twenties, but she could have been seventeen. Or forty.

She glanced at him and shrugged one bony shoulder in apology. ‘I … I’m waiting for a train,’ she said. Then she looked back down between her shoes at the tracks.

‘Interesting,’ said Marvel, with a sage nod of his head – as if she had explained everything.

He stepped towards her and leaned briefly over the parapet to look at the glimmering rails. While he did, she gripped harder and watched him warily – as if he might suddenly lunge at her, grab her, pull her backwards over the wall to safety.

Heroically save her life.

Despite his name, Marvel did no such thing.

Instead he gave a humourless grunt and said, ‘Then you’re shit out of luck. The trains don’t go through here after eight.’

She said nothing for a long moment. Then, without raising her head, she said, ‘Wh–– what time is it now?’

Marvel lifted his watch again – tilting it so that the face was illuminated by the streetlight. ‘Eight forty.’

The girl nodded slowly at the tracks, her straggly brown hair veiling everything but her brow and the red tip of her nose. She wrinkled the brow and wiped the nose on the back of her hand.

‘Oh,’ she said, and Marvel could tell she was crying.

Crying was not his thing, so he decided against words of comfort or a pat on the back, which might open some kind of emotional floodgate. He just stood there while she sobbed quietly.

‘I can’t get anything right,’ she finally whispered.

‘Join the club,’ he snorted.

She only shook her head slowly, apparently declining to join the ranks of any club that would have him as a member – even in her desperate state.

She didn’t tell him and he didn’t care, but he had to pretend. It was expected.

Marvel wasn’t going to keep the nine-o’clock promise. He was glad. Promises were traps; shackles to be broken.

I’ll be home by nine.

The girl was still crying a little.

He looked at his watch again. Eight forty-three. ‘Come on,’ he said brusquely. ‘Hop back over and I’ll take you home.’

She gave a long, shuddering sigh and nodded fractionally. ‘OK.’

Marvel was a little surprised. That was easy.

His jaw clenched with annoyance. She’d probably never meant to jump at all. He’d stood here in the freezing February night for almost thirty bloody minutes in full tortuous view of the King’s Arms, and the whole time she’d just been waiting for an opportunity to climb back over the wall.

His life was full of them and they made him sick.

Still, it had given him a good excuse to be late. Not that he’d really needed one. He often lied to Debbie about where he’d been and what he’d done, and it didn’t change a thing. What could she say? In his line of work you could make up any old bollocks and people had to believe you. Perk of the job.

He put out a hand to steady the girl as she swung her legs over the parapet, but she swayed away from him, so he left her to it. She slid awkwardly off the wall and dropped on to the road beside him. She was almost a foot shorter than he was, and Marvel was no giant.

She shivered and hugged her own arms for warmth.

Before either of them could say anything, the eight twenty from London Victoria shook the bridge.

They both stared down at the blurry black roof, blocking out the rails as it raced under their feet and through Bickley station.

In the silence that followed, the girl gave him an accusing look, but Detective Chief Inspector Marvel only shrugged.

James Buck was standing with a Golf GTi balanced on a single oily hand, like a waiter bringing a main course to a car-crusher. He looked round at his boss. He hadn’t heard him coming because the garage was always loud with engines and echoes and the radio playing. And because he’d been thinking. Always thinking.

About Daniel, of course.

Ang went over to the radio, sulkily dragging his broom, and James lowered his arm. The car stayed up without his support – floating on the hydraulic lift, with its wheels dangling from their arches, like a puppy that’s just been scooped off the floor.

‘You did the timing on Mr Knight’s car!’

Mr Knight had a pristine Audi TT with a chrome Billy Boat exhaust. Last time they’d had it in, someone had scraped a wing, so if something else had gone wrong with the Audi, it was serious shit. James hadn’t touched it on either occasion.

Not that that made any difference.

‘What car?’ he said blankly.

‘That one!’ Brian shouted, and jabbed a finger at the garage forecourt. ‘The one dripping oil all over my new cement.’

James didn’t look at the forecourt; he looked back up at the underside of the Golf and swallowed hard. He didn’t trust himself to answer just yet. The cement wasn’t that new. It had been poured exactly four months ago, on November fifth.

The morning of Bonfire Night.

The morning Daniel had disappeared.

He didn’t expect Brian Pigeon to know that the way
he
knew it, but he still hated him for thinking of that day for any other reason.

Brian was yelling again. ‘When you put the rocker cover back on you must’ve pinched the gasket. Oil everywhere. All over Mr Knight’s driveway too!’

James wouldn’t have done something so careless. It was probably Mikey who’d pinched the gasket. He was rash and speedy, and if a car wasn’t hooked up to the diagnostic computer, he was also lost. But James didn’t say any of that. He just stood there, one hand at his side with a spanner dangling from it, the other over his head as he loosened the nut with his fingers, on autopilot now.

‘What have you got to say about that then? Now the job has to be done again.’

‘Not by you!’ Mr Knight shouted from near the office. ‘You’ll pay for someone else to fix it or I’ll sue the arse off you!’

Brian ignored that. ‘What have you got to say?’ he demanded of James again.

‘Sorry,
bullshit
!’ Brian shouted. ‘Mr Knight is our most valuable customer! Now we have to do the job again!’

Brian ignored that and shouted at James, ‘This is the last straw. Get out.’

James let go of the Golf and wiped his brow with his elbow. ‘What?’

The spanner in his right hand suddenly felt very heavy.

‘Get your stuff and get out.’ Brian jerked a thumb over his shoulder. ‘You’re fired.’

There was a brief silence – or what passed for it in the garage, with the radio still playing like static under their lives.

Brian held up a hand. ‘Don’t you worry, Mr Knight. It’s not your fault. Your custom is far too important for me to risk losing it over some
moron
.’

James felt the cold steel against the ball of his thumb. The spanner was beautifully machined and perfectly balanced. He tightened his grip.

‘Not a bit of it,’ said Brian. ‘Messed up your car. Messed up your driveway. Messed up my forecourt. Cost me a bloody fortune. But it’s not about the money – we’ve got a reputation. We’re professionals.’

Brian turned back to look at James. ‘Are you still here? What are you waiting for? The gasket fairy?’

James turned and, with all his strength, hurled the spanner across the workshop. It bounced off a bench, then skidded across the red-painted concrete floor of Pigeon’s MoT & Diagnostics and slid into the old inspection pit with a loud metal clang. James stormed around his boss (
That’s a Snap-On, you little shit!
) and past Mr Knight (
Made a helluva mess on my drive
…) and into the scummy little kitchen.

He sat on the only chair with a padded seat – the one Brian always took. He put a foot on another of the chairs and pushed it noisily around the lino floor for a bit, and then kicked it over with a deliberate crash.

There was a Formica table, a sink unit, the wooden bench where Ang slept, and five mis-matched chairs. The table was covered with old newspapers and junk-food wrappers and a mug without a handle that Pavel and Mikey used as an ashtray. The walls were pitted and smeared with dark finger-marks. Over the microwave was a calendar that was an excuse to hang photos of topless women on the wall. None of them ever looked at it, or changed the month; it was just there as a minor male defiance.

James tipped over another chair.

All the time, he heard indistinct voices under the usual echoing noises of pop music and of engines turning over. The voices became less and less heated. Brian talking to Mr Knight; Mr Knight walking away; the back and forth of departure.