Read The Splendid and the Vile: A Saga of Churchill, Family, and Defiance During the Blitz Online

The Splendid and the Vile: A Saga of Churchill, Family, and Defiance During the Blitz 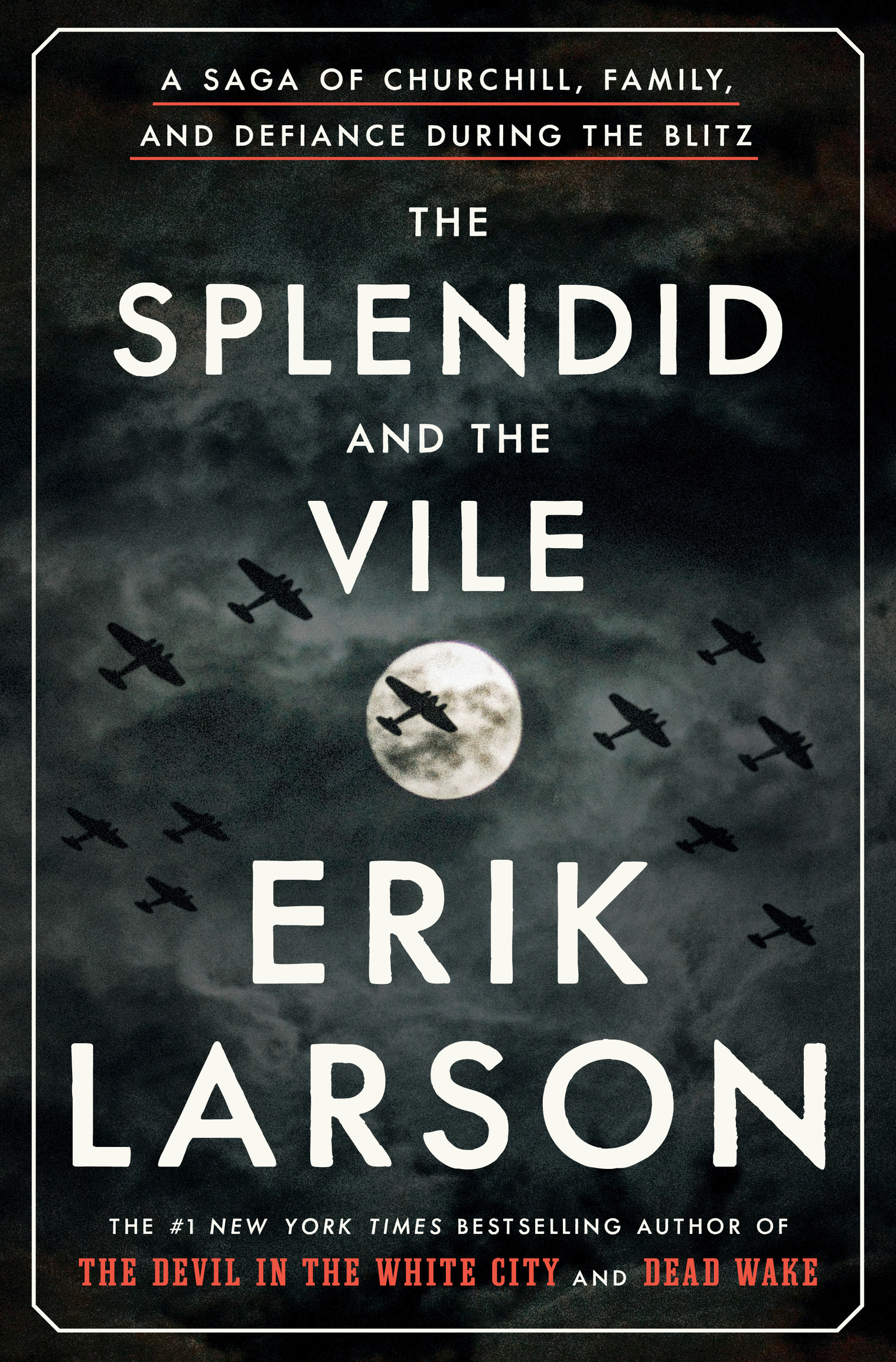 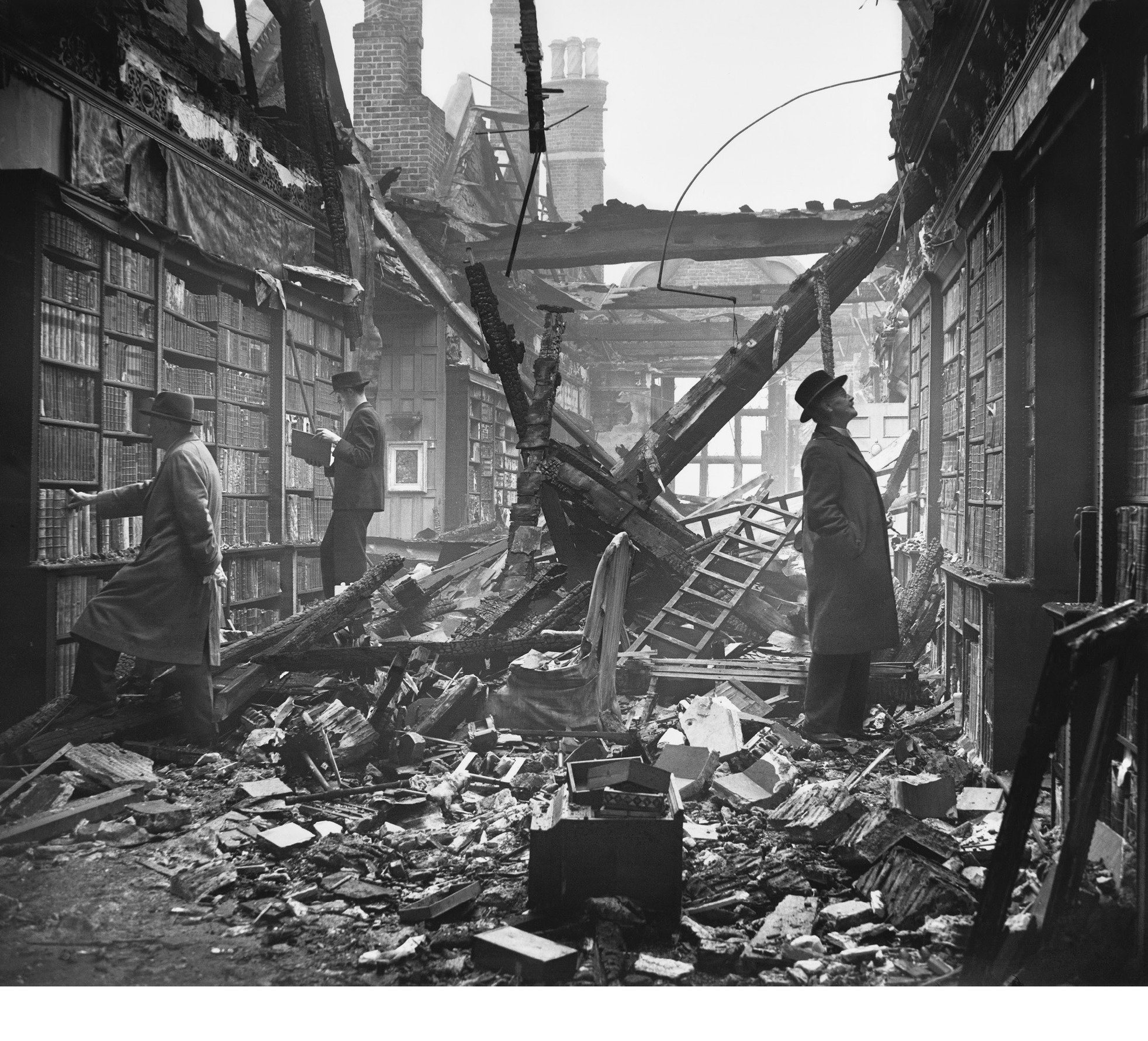 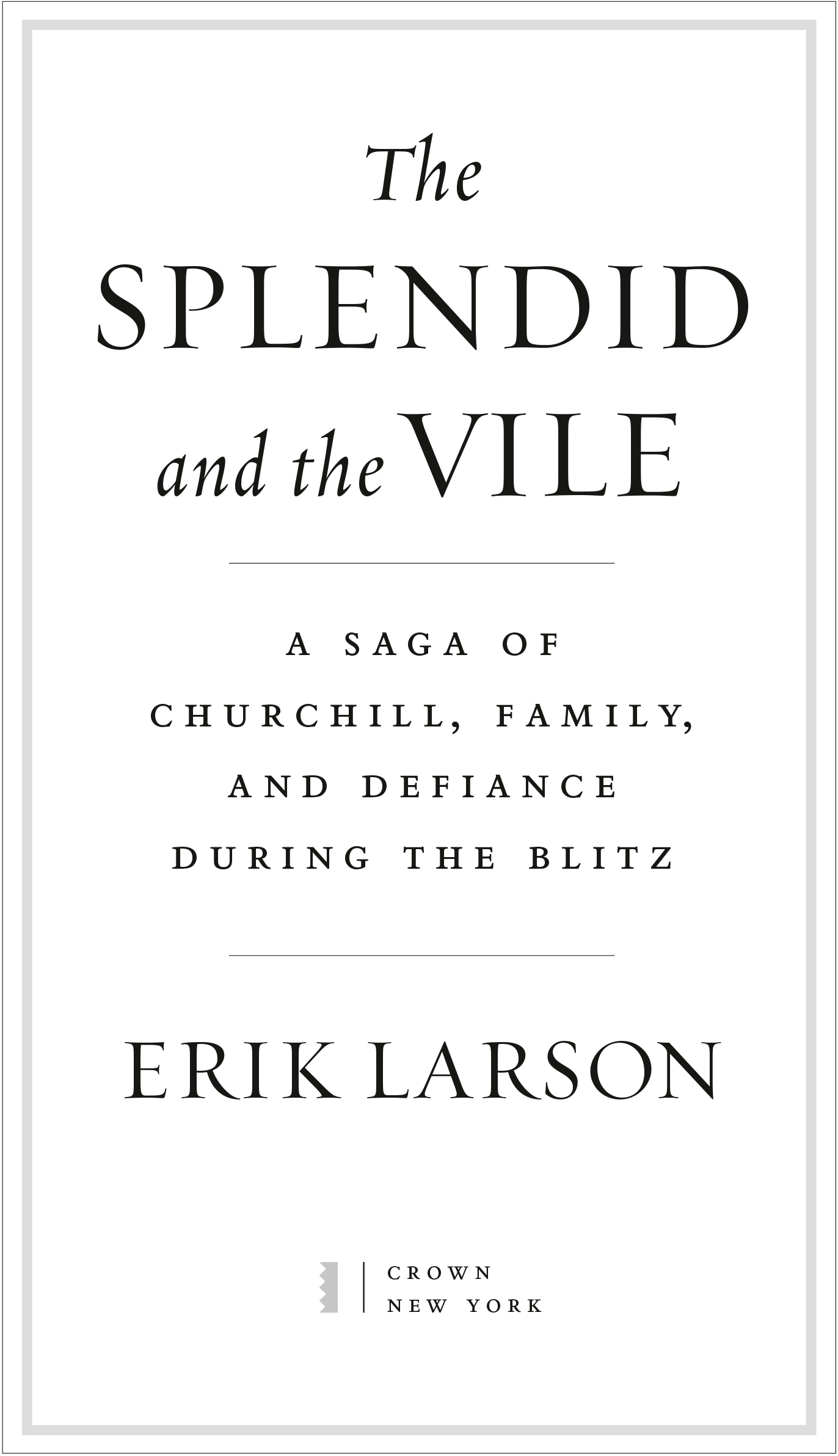 Published in the United States by Crown, an imprint of Random House, a division of Penguin Random House LLC, New York.

For quotes reproduced from the speeches, works and writings of Winston S. Churchill:

Reproduced with permission of Curtis Brown, London on behalf of The Estate of Winston S. Churchill.

© The Estate of Winston S. Churchill

Reproduced with permission of Curtis Brown Group Ltd, London on behalf of The Trustees of the Mass Observation Archive.

© The Trustees of the Mass Observation Archive

Title: The splendid and the vile / Erik Larson.

It is not given to human beings—happily for them, for otherwise life would be intolerable—to foresee or to predict to any large extent the unfolding course of events.

I
T WAS ONLY WHEN
I
moved to Manhattan a few years ago that I came to understand, with sudden clarity, how different the experience of September 11, 2001, had been for New Yorkers than for those of us who watched the nightmare unfold at a distance. This was their home city under attack. Almost immediately I started thinking about London and the German aerial assault of 1940–41, and wondered how on earth anyone could have endured it: fifty-seven consecutive nights of bombing, followed by an intensifying series of nighttime raids over the next six months.

In particular I thought about Winston Churchill: How did he withstand it? And his family and friends? What was it like for him to have his city bombed for nights on end and to know full well that these air raids, however horrific, were likely only a preamble to far worse, a German invasion from the sea and sky, with parachutists dropping into his garden, panzer tanks clanking through Trafalgar Square, and poison gas wafting over the beach where once he painted the sea?

I decided to find out, and quickly came to realize that it is one thing to
say
“Carry on,” quite another to do it. I focused on Churchill’s first year as prime minister, May 10, 1940, to May 10, 1941, which coincided with the German air campaign as it evolved from sporadic, seemingly aimless raids to a full-on assault against the city of London. The year ended on a weekend of Vonnegutian violence, when the quotidian and the fantastic converged to mark what proved to be the first great victory of the war.

What follows is by no means a definitive account of Churchill’s life. Other authors have achieved that end, notably his indefatigable but alas not immortal biographer Martin Gilbert, whose eight-volume study should satisfy any craving for the last detail. Mine is a more intimate account that delves into how Churchill and his circle went about surviving on a daily basis: the dark moments and the light, the romantic entanglements and debacles, the sorrows and laughter, and the odd little episodes that reveal how life was really lived under Hitler’s tempest of steel. This was the year in which Churchill became
Churchill,
the cigar-smoking bulldog we all think we know, when he made his greatest speeches and showed the world what courage and leadership looked like.

Although at times it may appear to be otherwise, this is a work of nonfiction. Anything between quotation marks comes from some form of historical document, be it a diary, letter, memoir, or other artifact; any reference to a gesture, gaze, or smile, or any other facial reaction, comes from an account by one who witnessed it. If some of what follows challenges what you have come to believe about Churchill and this era, may I just say that history is a lively abode, full of surprises.

Part One: The Rising Threat

Chapter 2: A Night at the Savoy

Chapter 11: The Mystery of Swan Castle

Chapter 12: The Ghosts of Dull People

Chapter 14: “This Queer and Deadly Game”

Chapter 32: The Bomber in the Pasture

Chapter 41: He Is Coming

Chapter 44: On a Quiet Blue Day

Chapter 64: A Toad at the Gate

Chapter 73: “Whither Thou Goest”

Chapter 78: The Tall Man with the Smile

Chapter 82: A Treat for Clementine

Part Six: Love amid the Flames

Chapter 86: That Night at the Dorchester

Chapter 93: Of Panzers and Pansies

Part Seven: One Year to the Day

Chapter 99: A Surprise for Hitler

Chapter 101: A Weekend at Chequers

Epilogue: As Time Went By