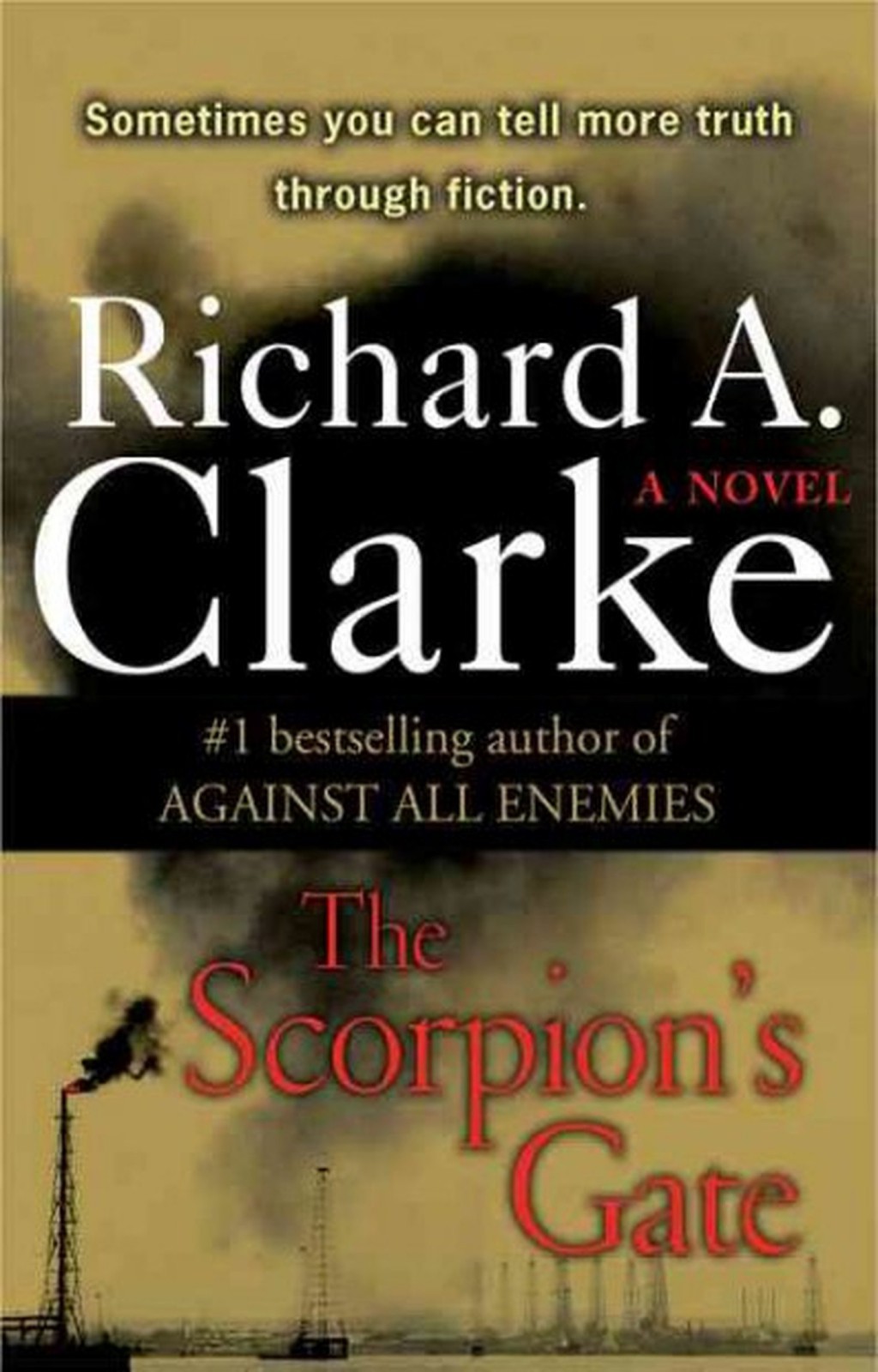 This is a work of fiction. Names, characters, places, and incidents are either the product of the author’s imagination or are used fictitiously, and any resemblance to actual persons, living or dead, business establishments, events or locales is entirely coincidental.
The Scorpion’s Gate
A
G. P. Putnam’s Sons
Book / published by arrangement with the author
All rights reserved.
Copyright ©
2005
by
RAC Enterprises, Inc.
This book may not be reproduced in whole or part, by mimeograph or any other means, without permission. Making or distributing electronic copies of this book constitutes copyright infringement and could subject the infringer to criminal and civil liability.
For information address:
The Berkley Publishing Group, a division of Penguin Putnam Inc.,
375 Hudson Street, New York, New York 10014.
The Penguin Putnam Inc. World Wide Web site address is
http://www.penguinputnam.com
ISBN:
978-1-1012-0561-7
A
G. P. PUTNAM’S SONS
BOOK®
G. P. Putnam’s Sons
Books first published by The G. P. Putnam’s Sons Publishing Group, a member of Penguin Putnam Inc.,
375 Hudson Street, New York, New York 10014.
G. P. PUTNAM’S SONS
and the “
P
” design are trademarks belonging to Penguin Putnam Inc.
Electronic edition: November, 2005
ALSO BY RICHARD A. CLARKE
Against All Enemies: Inside America’s War on Terror
Defeating the Jihadists: A Blueprint for Action
Dedicated to
the victims of terrorism,
to all who have fought against it,
and to their loved ones
ACKNOWLEDGMENTS
This book would not have been possible without the efforts of three close associates and friends: Neil Nyren, editor par excellence; Len Sherman, agent extraordinaire; and Beverly Roundtree-Jones, most loyal executive assistant. To them, my great thanks.
Some may think, as they read this volume, that they see themselves or others portrayed. They do not. This is a work of fiction, in which all the characters are fictional. The work is not meant to be predictive. We can and should hope for a better future. The issues the characters face, however, we will all face in the years ahead: the oil needs of competing powers, the requirements for accurate intelligence, the threat of weapons of mass destruction, the challenge of terrorist groups, the possibility of governments’ being dishonest with their people, the responsibility and loyalty of those in government.
My hope is that this book will cause readers to think about those issues and will give them an insight into the real world in which such issues are addressed by real people, for we need a national and international dialogue—an informed dialogue—about exactly these matters.
R
.
A
.
C
.

Roman's Redemption: Roman: Book II (Roman's Trilogy) by Dawn, Kimber S.
Twisted Together (Monsters in the Dark) by Winters, Pepper
Still Alice by Genova, Lisa
e.Vampire.com by Scarlet Black
The Worlds of Farscape by Sherry Ginn
An Unconventional Miss by Dorothy Elbury
The Art of Control by Ella Dominguez
I'm Off to Montana for to Throw the Hoolihan (Code of the West) by Bly, Stephen
Ragtime Cowboys by Loren D. Estleman
Waiting For Him by Denise Johnson