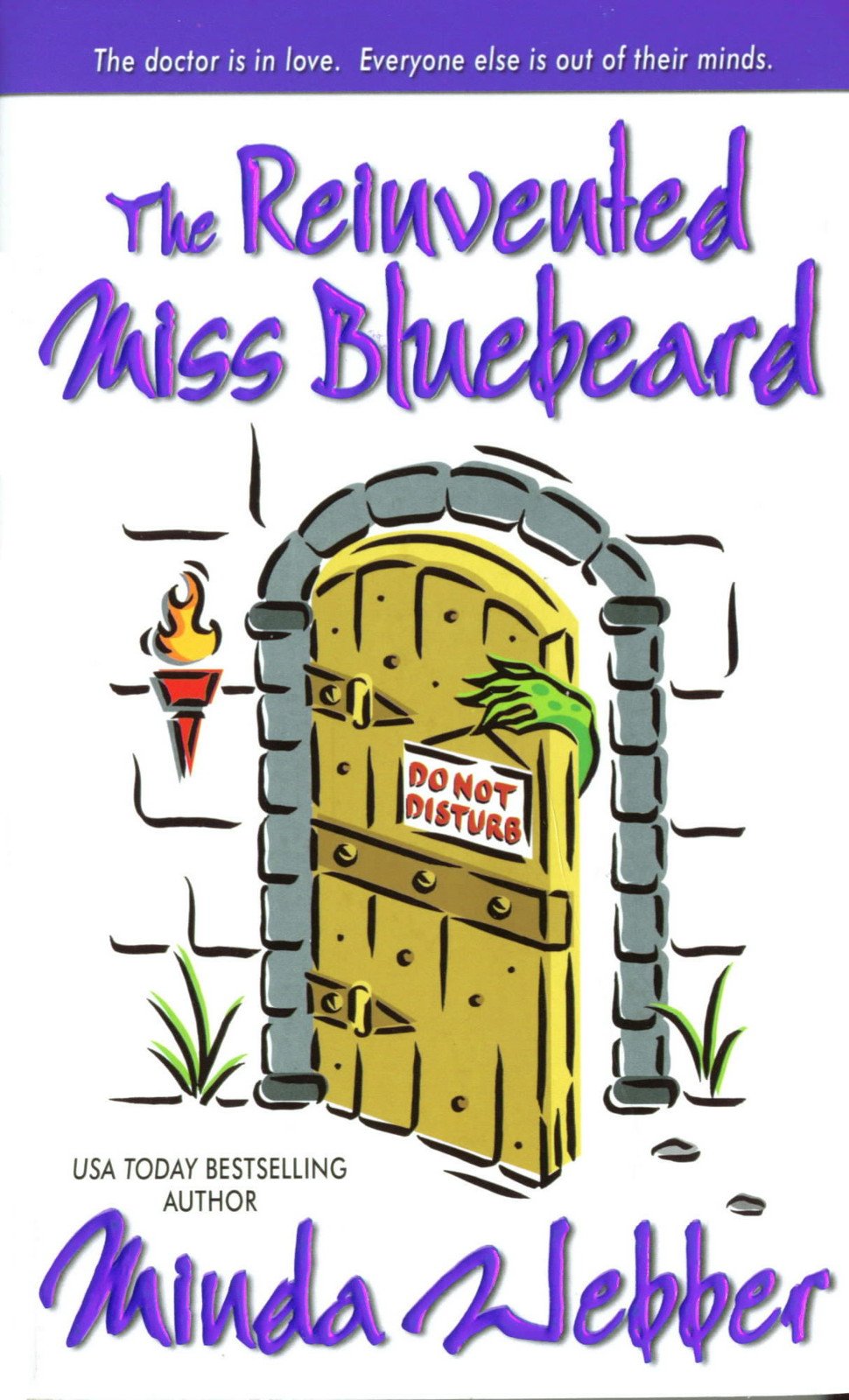 It Started with Eve in the Madhouse
.
11

High Anxiety Is a Lying Impostor
.
37

You Can Catch More Werewolves with Honey… Not to Mention Pirates

Silence of the Lambert
.
98

A Fool and His Money—and a Grumpy Leprechaun
.
102

The Three Faces of Eve and the Great Pretender
.
106

Take Two Glasses of Port and Call Me in the Morning
.
123

A Bluebeard of Happiness
.
167

"[A] clever, laugh-out-loud, madness-and-mayhem romp through vampire-, werewolf- and ghost-ridden London. Webber does for vampires what Sandra Hill did for Vikings!"

"This wacky satirical paranormal romance will have readers howling in laughter… action-packed and amusing."

Eve choked on her wine. Hastily she set her glass down and glanced up in surprise. Who was this man, and what was he doing at her dinner party uninvited? And how had he known her name? Appalled, and at the same time intrigued, she assessed the fine specimen standing just inside the doorway to the dining room.

The room, lit by a dozen or so candelabras, softened the handsome, swarthy face, with its strong chin and patrician nose. The man was dressed in a deep green superfine jacket that outlined his broad shoulders, and his doeskin breeches were tucked into gleaming Hessians and emphasized his taut leg muscles. Although this was not a tall man, perhaps just under six-feet, he was well-built, with hair the color of polished walnut wood, and his hazel eyes were a mixture of colors, mostly amber. He reminded her of one of her father's pirates, but better dressed.

He opened his mouth to speak, and Eve's interest was doused like a fire by water: "My dearest, how good it is to see you again! I could barely wait to reach The Towers and see my devoted wife."

The name "Love Spell" and its logo are trademarks of Dorchester Publishing Co., Inc.

Printed in the United States of America.

Visit us on the web at
www.dorchesterpub.com

I want to thank my fans, Kathe Robin and the
Romantic Times BOOKreviews
for their acknowledgment of a fledgling author. It can be a scary thing to be published for the first time. I was fortunate and found not only acceptance, but also encouragement and support. Thank you.

I wish to thank Paul, Crystal and Carlos for doing a bit of research for me; Holly league for being the first fan that I didn't know personally; Marilyn Webber for reading the manuscript; my editor, Chris, for not wringing my neck on my typos, and for his always great advice; my 2006 night class for coming to my
Bustin'
signing and making me laugh; Scott for his belief in me,
Alien
and a spaghetti dinner; Phil for his belief in me and the corn in his ear; and for one of the best written, best acted and funny sitcoms of all times—
Fawlty Towers
—which has given me years of laughter with jack-in-the-box rats and kippers in bed.

No pirates were plundered during the writing of this book. No native soil from vampires' coffins was thrown out with the wash. No Frankenstein monsters were chased around insane asylums with burning torches, and no rosebushes were exposed to any indignities. However, creative license was taken once again on historical dates and accuracy.

Chapter One
It Started with Eve in the Madhouse

The trouble with being a Bluebeard was that everyone associated the name with plundering pirates, peg-legged men, and plank-walking prisoners. They were a salty crew, what with their arghs and shouts of "
Give me your jewels."
Their family crest was a skull and crossbones, and no one with any sense wanted to cross paths with them. Eve Bluebeard Griffin had more reason than most to avoid the whole thieving lot, for she was the daughter of Captain Edward Bluebeard, notorious scourge of the seven seas.

"Why must he come here tomorrow, of all days?" she asked herself, her fingers playing with the brief missive written by her father. "Doesn't he have anything better to do? Important things, like forcing his motley crew to swab the deck, or following a treasure map or two?" She squinted, trying to decipher his chicken scratch:

Back in port. Prepare to defend yourself for your mutinous actions—or rather, lack of actions. Love, the Captain.

"Doesn't he have any treasure chests to pack? Ocean voyages to take?" Only the silence of her spacious study replied to her distress.

Frowning in frustration, she stared out a large beveled window in the far west wall. Curtains of rich fabric were tied back from the long windows placed between massive oak bookshelves. Most of those shelves were filled with stately bound volumes, books of every kind and size, many with gold-leafed pages that concerned diseases of the mind or supernatural abnormalities. Adorning other nearby shelves were ornaments from the Far East and delicate porcelain figurines from Germany. On the north wall, two more large windows looked into the room. Opened midway, they admitted the sweet breezes and golden sunlight of a day in early fall, the light casting patterns on the hardwood floor.

Through the open casement, the scent of rose petals perfumed the air. Since Eve usually saw patients in this room, the walls were painted a pale green and trimmed in various shades of amber—to calm overset sensibilities and fragile nerves. This was a room that commonly left Eve with a feeling of restfulness, but today her serenity was lost as she envisioned the arrival of her father for their biannual talk. In reality, the "conversations" were one-sided, and filled with a litany of the Captain's complaints. Verily, he would swagger into the room and begin issuing commands as if he were still on deck. Cursing up a blue streak, he would expect Eve to blindly obey, as all good daughters did in 1830 London.

Although it was quite true that she was a daughter, and good, Eve had never done terribly well at blindly obeying. To say her fractious father had been disappointed when she failed to take up the gauntlet and sail the seven seas with him, causing mayhem and madness, was an understatement. But Eve had wanted a different kind of life, one that would enable her to be captain of her own dinghy, so to speak. Yes, being very much her father's daughter and thus stubborn to a fault, she would accept nothing else but a life free of robbing and looting, a life where people respected not only her, but also her chosen profession.

Even as a small child, Eve had wanted to make a worthy contribution to the world and not just steal worldly goods from unsuspecting travelers on the high seas—or on the low seas, for that matter. Any liquid-located larceny was bad. Several years ago, fortune had smiled upon her in a less than ideal way: Her great-great-uncle, a vampire, had participated in a duel with a young upstart warlock. Needless to say, he had bitten the dust both figuratively and literally. Though he had won the duel, he had sadly miscalculated the sunrise and gone from being one of the great undead to just plain dead. Still, her inheritance had allowed Eve to abandon her father's ship and chart her own course, reinventing herself by remodeling her uncle's old manor on the outskirts of London as an asylum for the supernaturally insane.