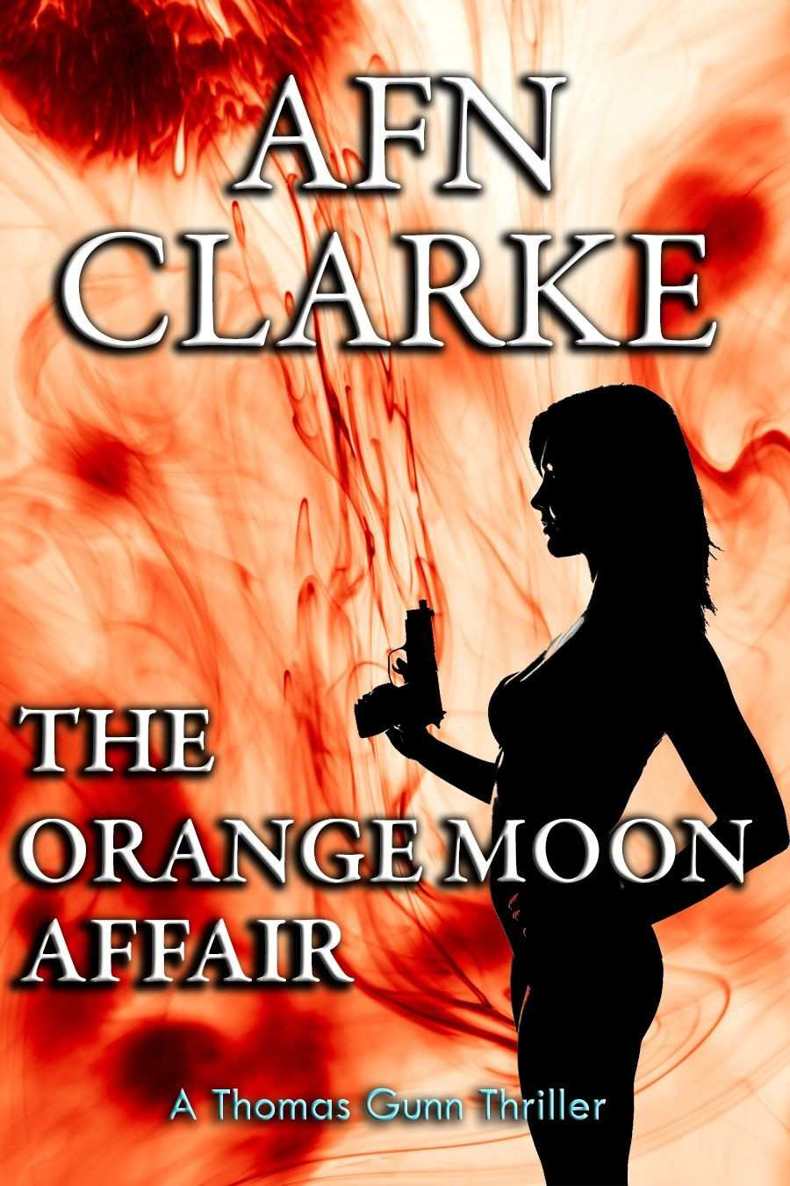 All rights reserved. No part of this book may be reproduced, copied or transmitted in any form or by any means without the prior written permission of the author and publisher, except by a reviewer who may quote brief passages in a review.

This eBook edition published by Clarke-Books LLC in 2013

All characters appearing in this book are fictitious. Any resemblance to real persons, living or dead, is purely coincidental.

In Memory of my Brother-in-Arms

Flying a helicopter you are unfamiliar with, in the dark, with two nasty bullet wounds in a body that has not slept in thirty hours, is an exercise in surreal survival. I had ten hours flight time in this model MD 902 Explorer, so it wasn't total guesswork.

I made sure Julie was strapped in tightly and flipped on the switches. There wouldn’t be enough time to sit and let the engines warm up completely. We needed to get airborne before the local police showed up. In the distance beyond the factory building, where the car exploded in the arroyo, a pall of smoke billowed into the moon lit night sky.

Once I got the machine off the ground, stabilised and then flying on the heading Danny had given me, I asked Julie to call him and write down the co-ordinates of the destination, then talked her through entering the figures into the GPS navigation system while I concentrated on the instruments. All I had to do was make sure I didn't hit anything flying at an altitude of fifty feet across the desert, following the route on the EFIS from Mojave to Desert Rock airstrip, wherever the hell that was in the vast expanse of the Nevada desert.

As we flew, the rising sun glimmered just below the horizon to our left. Dark sky turning light blue just before the sun appeared as an orange-white ball throwing shadows across the desert. The distant terrain rose in craggy rock mountains, rising ever higher to about five thousand feet, and I had to fly the aircraft through the narrow gorges maintaining the pretence of a special operations training flight at ultra-low level.

“Can you see if there are any sunglasses in the side pocket,” I asked Julie, feeling my left arm begin to stiffen.

“Here you go.” Her voice sounded strangely distorted in my headphones. Or perhaps it was just my mind beginning to shut down as my body leaked valuable blood onto the seat from the wound in my side.

“Thanks.” I tightened the lock on the collective and flexed my left arm, ignoring the pain, just trying to get some feeling back into it. Estimated flight time was just under an hour and a half, and I wasn't confident of being able to last that long.

“I'm sorry I got you into this,” I said stupidly, as if what I said would make any difference.

“Did you get the bug into the computer before they ambushed us?”

“Well at least one of us accomplished something today. How's your head?”

“Hurts like hell. How's your...?” she paused looking across at me. “Everything?” She laughed. A desperate sound hurled against a bleak outlook.

We hurt more than either of us could describe.

We didn't know what the future held for us, but we laughed anyway as the sun rose across the desert, and I banked the helicopter into the first of the rising mountain ravines.

After an hour throwing the helicopter through the narrow canyons and rocky gorges, I could feel my strength and concentration ebbing slowly away. But that seemed inconsequential in the surreal experience that was the excuse for reality.

Julie massaged her temples, and when she spoke her speech was slow and slurred. I knew she was concussed and slipping into shock.

By
'red-lining'
the helicopters engines I could force more speed, but as the sun came up the temperature would rise, and everything could go very wrong very quickly.

But there was no choice.

I inched up the collective, dropped the nose and advanced the throttle a touch, watching the gauges creep toward the danger zone.

Waves of nausea blurred my vision, so I used the only tool I had to sharpen my mind.

By wriggling in the seat I could press against the wound in my lower abdomen, not too much, but enough pain to sting my sagging consciousness into wakeful concentration. Now was not the time to sink into peaceful, blissful oblivion. I had a precious cargo to deliver, a woman I loved more than my own life.

At any other time, flying low level through the desert canyons as the sun rose above the horizon, would have been an extraordinary experience. One of those almost vivid adventures that stays in the memory forever. But I wanted this experience to be over as soon as possible.

Every part of my body and soul willed the airstrip into view.

Flying is a slow inevitability.

You know you're going to get there, and yet the more desperate you are to arrive, the more time drags.

Another rising ridge after fifteen minutes of undulating desert, and the sweat dripped down my face, arms and back, seeping into the wounds and causing more pain as my body salts stung raw flesh. I glanced quickly at Julie who sagged forward against the seat harness, semi-conscious, head flopping as the helicopter rose, fell, and banked through the ravines. I just wanted to take her in my arms, hold her and tell her everything was going to be fine, but now was not the time to drift into sentimentality, there was still the task of getting this machine on the ground.

The gauges swam in front of my eyes as I struggled to pick out the speed dial. That and the vertical speed indicator were my guides as we crested the ridge and Desert Rock airstrip lay in front of us just beyond a dry lake bed.

Was it a lakebed or a mirage?

I dropped the collective and pulled back slowly on the cyclic, slowing the aircraft down, establishing an approach to the runway. The speed bled off and I nosed down a little to keep the aircraft's forward speed at forty knots, but my eyes refused to focus properly, and darkness appeared at the corners of my vision as if I was looking through a telescope at an image that kept getting smaller. No matter what my mind was telling my body it wasn't responding, running out of blood and slowly shutting down.

But not before I got this machine on the ground.

Only a few more feet.

Then I saw the FIM-92 Stinger ground-to-air missile spearing up toward us from a far ridge.

My reactions were slow and for a fatal moment I watched the white smoky trail from the rocket motor arc its way through the sky. I pulled on the collective and kicked the anti-torque pedals to port, almost escaping the oncoming death, but the rocket slammed into the tail boom.

The earth spun in a lazy arc as the helicopter arched over backwards at fifty feet above the rocky desert as I lost control, spiralling to the ground, pieces flying in all directions, the only section remaining relatively intact being the forward cockpit, saved because the main rotor head deflected the impact.

There was no pain, just a smashing, grinding, splintering sound. I felt a violent lurch as my head slammed into the side door, then silence. Almost lying on top of me, held by her seat harness, Julie stared into my eyes, blood dripping from her nose and ears, trying to speak.

“Julie,” I gasped trying to reach up and touch her face, but my arm wouldn't move.

I was struggling with consciousness.

Where was I? What had happened? I didn't know.

Images from the past flashed through my mind.

Julie naked on the catamaran.

I
t was an odd experience to look down
on the dead face of the man who had once been my father. Not that I was unfamiliar with seeing dead bodies, I'd seen too many in my previous job, it's just that I never expected I would be staring at
him
.

A single shot to the forehead had killed him instantly. The hole small and dark, not marring the rugged good looks of the man, but I knew that the back of his head would be non-existent. A round fired at close range from a powerful modern 9mm semi-automatic doesn't leave much behind. I felt neither revulsion nor sorrow, somehow those emotions didn't seem to fit with the sterile scrubbed surroundings, and perhaps he would have smiled and approved of my stoicism, or maybe just shaken his head and wondered what had happened to me over the years we hadn't spoken. I knew the lack of emotion I felt meant I had not lost my edge, that I was still a soldier with all the instincts that had been honed in combat. But this wasn't combat. This was murder.

"If you would please sign for these, sir." The white-coated official stood with my father's belongings in an incongruously cheap plastic bag. I duly signed. The formalities over, it wasn't long before I was loading the body bag into my Cessna Citation Mustang 510 jet at Aldergrove Airport. An undertaker had been instructed to meet me at Norwich airport with an appropriate coffin, and until we landed it was just myself and the black rubberised bag lying on the cabin floor. Yet another reminder of my past, and images of dead soldiers insinuated themselves into my thoughts.

As the jet burst through the top of the clouds into bright sunlight, climbing to a cruising altitude of 31,000ft, my mind drifted back to what I thought was an ideal life in paradise.

Lying in the cabin on my catamaran, a lone fifty-seven foot Fountaine Pajot anchored in the crystal clear blue waters off the north western tip of the Mediterranean island of Gozo, waking from a disturbed sleep with one of those unsettling disconnected thoughts that the shit was going to hit the fan in a big way, was not the best way to start the day.