Read The Minotaur Takes His Own Sweet Time Online

The Minotaur Takes His Own Sweet Time 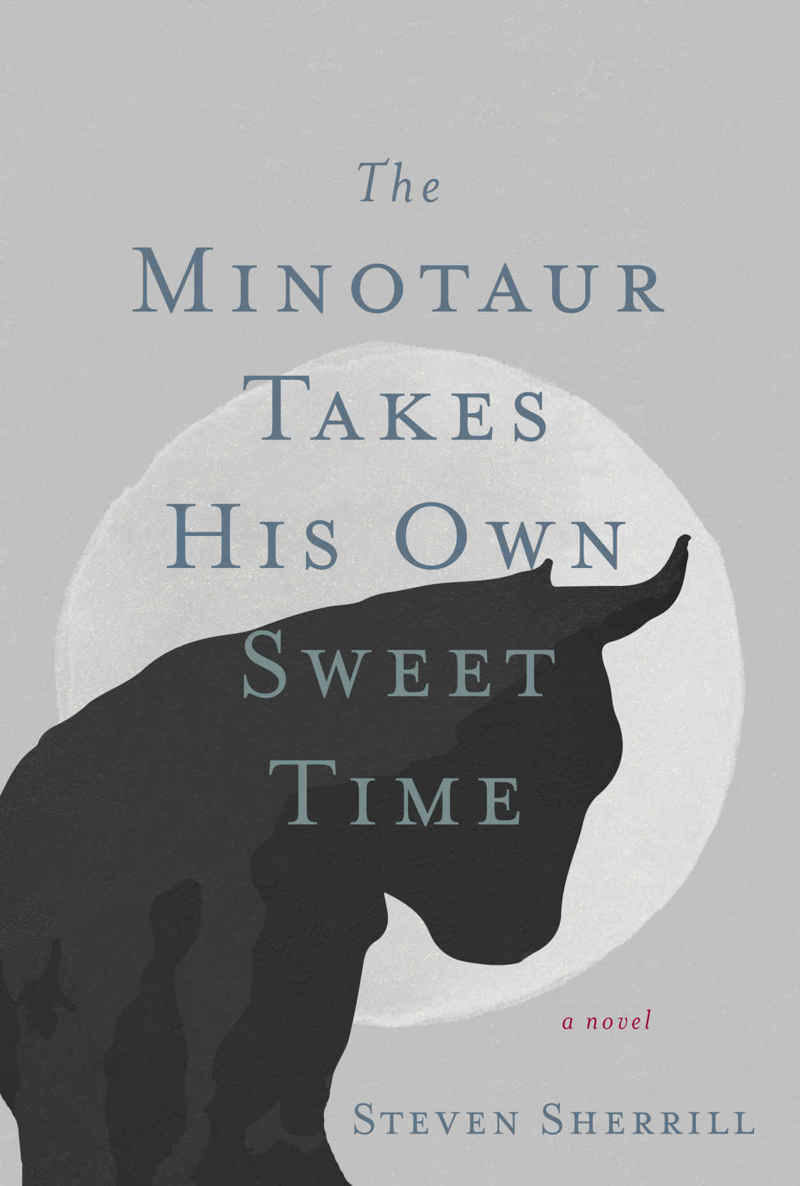 All rights reserved. No part of this book may be reproduced in any form or by any electronic or mechanical means, including information storage and retrieval systems without permission in writing from the publisher, except by a reviewer, who may quote brief passages in a review. For information, address John F. Blair, Publisher, Subsidiary Rights Department, 1406 Plaza Drive, Winston-Salem, North Carolina 27103.

The Minotaur Takes a Cigarette Break

Visits from the Drowned Girl

“For God and country, boys!”

“This war will be over by Christmas, boys!”

Cannon fodder. The Minotaur takes the hit, snorts through his bullish nostrils, and goes down in black muck. The black muck splatters across his gray wool jacket. The regiment clanks and rattles through the field, toward noon. Lunch break. The Minotaur is among the first to die. Doesn’t matter to him. The battlefield looks better with bodies. Always. He waits for the first volley of rifle shots—insipid, arrhythmic little bursts of smoke from the opposing side. From the Union. Then he dies. Like a good Confederate. A good Rebel. He dies.

The rest of the regiment bumbles ahead—the hardcore, the starry-eyed dilettantes, history piddlers, triflers, all stumble toward their own deaths. Or victories. Doesn’t matter.

“Rally round the flag, boys!”

The Minotaur falls dead, belly up. Welcomes death. The sweet release. The absence of unending life. Bang. The end. Gravity’s unrelenting grip on his snout, his horns, finally, once and for all, conquering. Falls dead, the Minotaur, belly up. Willing and able to let it all go. The wars, and the humans who make them, will rage on with or without him. Clamor and clang. The battlefield looks better with bodies. They all do. Always. The Minotaur falls dead on this battlefield, belly up. Belly up, because he wants to see. Wants, in death, to watch. The Minotaur grunts when he falls.

THAT VERY MORNING, NOT DEAD YET
but getting ready to die, the Minotaur, in his motel room, dressed with care. He put on the rough trousers, the wide and supple belt, and its bulky cartridge box. He wet a paper towel in the tiny sink and dabbed the mud from an earlier death off the woolen jacket. He licked a fingertip and rubbed each brass button so that, even in the wan fluorescent light of his cramped bathroom, even in that light, the buttons glinted. The Minotaur shrugged his big shoulders into the coat, straightened his side knife on the belt, and stepped out into the cool dawn. The blue-black passage. He paused there, remembered something, and looked toward the motel office, the dark of the windows fractured intermittently by the flashing
Vacancy
sign.

The Minotaur returned to his room, sat on the edge of the narrow bed, rifled through the nightstand drawer to retrieve a nearly empty pad and a pen. He cocked his big head and made a short list. A handful of necessary things. The old bull is graceful when he needs to be. He walked quietly to the office door. They were asleep. He didn’t want to wake them. The Minotaur knelt on the walk and thumbed open the mail slot’s thin brass door. The hinge protested loudly. The Minotaur poked the note through and closed the slot. But before he could rise, the brass flap slammed back open. Topple, Minotaur. A giggle brought him back to his knees. The Minotaur peered, as much as one with such a cumbersome noggin can peer, into the mail slot. Saw her face, those wide eyes holding all of the night’s fiery black. She wrinkled her nose, stuck out her tongue. The Minotaur nudged his big snout up to the opening and gave a snort. She ran away into the dark room. It’s called pitter-patter. The Minotaur arose, started down the walk toward the road, toward this day’s inevitability.

Alive and dead. The Minotaur takes the hit—a belly full of grapeshot, or a musket ball. Falls dead to the Pennsylvania earth. Finds himself on a battlefield, yet another battlefield, feigning death. The gut shot make-believe. The bloodlust real enough. The black mud real. Too, the sky’s hard blue and its burning eye. He contorts a little, this way or that, to suggest suffering and pain. But really he’s positioning his horns to block the midday sun. The Minotaur wants to see. To watch, from his cockamamie angle, the boots and legs of the other soldiers march over the ersatz battlefield. To let the black disks of his eyes scan the visible plain, crisply defined in the span between his horn tips, less so beyond. The Minotaur’s wide snout is sometimes a problem. It blocks the view.

The Minotaur doesn’t wear a soldier’s kepi hat. It won’t stay on. He keeps the cap tucked in the waist belt and wedged behind his canteen and side knife. The Minotaur drops his rifle. He’s dropped it so often it surely wouldn’t fire.

The Minotaur grunts when he falls to the Pennsylvania mud. The gray wool frockcoat wicks the damp to his skin. The Minotaur welcomes the cool. He cocks his head one final time and begins the long wait for the battle’s end. It’s Friday. The Union always wins on Friday. Nobody is in a hurry. The Minotaur likes the dying season, its rituals, its leisure.

The Minotaur can see a pale blue swath of the April sky. It is cloudless. All of it. From where he lies, the Minotaur sees more. Sees the rusted water tower’s legs rising over the tree line, sees the moonlike tank. He’s seen the looping lime green graffiti often enough to know what it says:
Boo-Dah!

Cannon fire. Three thunderous blasts from the Union battery. From behind the earthwork. The Minotaur feels the percussive wallops rise up through the black earth and stir in the crevices of his spine. Feels them before he hears them. No matter. The Minotaur always trusts the tactile over the aural. Though he couldn’t say so, or why.

On the periphery of the battlefield, just at the edge of his vision, the Minotaur sees the chain-link fence surrounding the electrical station. As if power is so easily contained. Through the fence, sees the massive transformers and their impenetrable green, the crisscross skeletal towers that carry the charge into and out of the station, the heavy atrial lines that split the narrow valley, that run right up and over Scald Mountain.

The skirmish line ebbs. The skirmish line flows. It is Friday. The fortifications will hold. The Minotaur smells the gunpowder. Everybody smells the gunpowder. Though the Minotaur doesn’t see it, blocked no doubt by his thick snout, he knows there are bleachers—a pair of them, old pipe-and-plank things, likely scavenged from a junior-high sports field—on the opposite edge of the battleground. It is April, and warm enough. The bleachers are full. A ragged canvas lean-to shelters the fifer, the drummer, and the pimply horn player whose sputtering ditty will signify the battle’s closure. Nobody is in a hurry.

The Minotaur snorts through his bullish nostrils. Softly. He’s been watching a bluebottle fly circle. The fly lands on the bridge of the Minotaur’s nose. Paces the bony expanse. Circles again and comes to rest inside the Minotaur’s nostril.