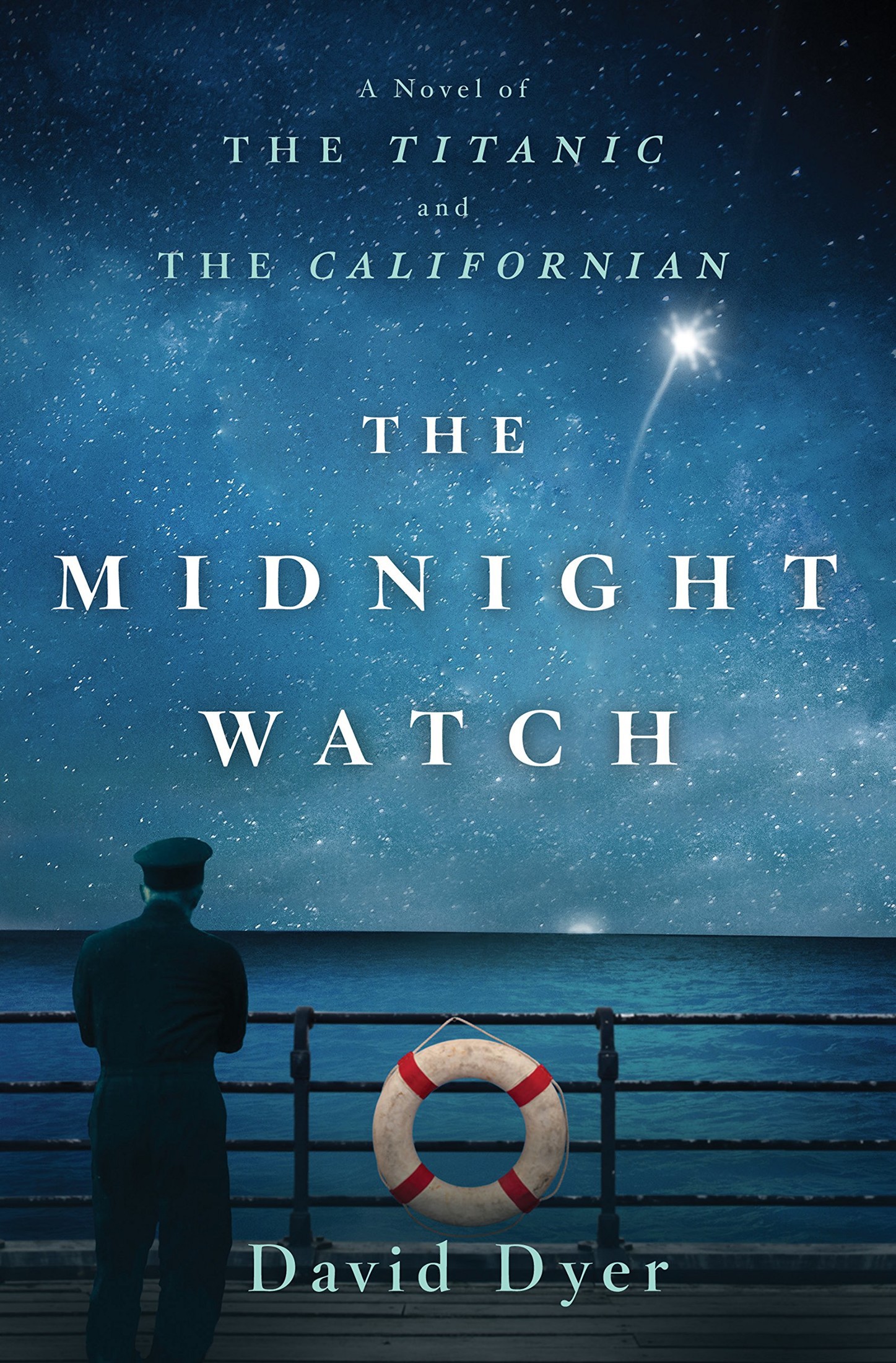 and info on new releases, toodles and other great reads,

FOR MY MOTHER AND FATHER

‘Consider the subtleness of the sea; how its most dreaded creatures glide under water, unapparent for the most part, and treacherously hidden beneath the loveliest tints of azure.’

In the early years of the twentieth century my father heard that there was good money to be made in Venezuela. He had reliable information – from a Spaniard who knew a cattle-herder who knew the Venezuelan president personally – that more oil seeps had been discovered and that further concessions would soon be granted. Although I was living in Boston and had profitable work as a journalist, I agreed to go with him. His plan was to explore the seeps, obtain concessions and sell them on. ‘A year’s work to make a fortune,’ he said. He also said my wife Olive and two young children could come too. It would be perfectly safe.

But it was not safe. A month after our arrival my baby son got a fever and a week later he was dead. He was four months old.

On the morning that he died, the local women came to help my wife dress his tiny body and rub red powder into his cheeks. They placed him gently among flowers and candles. Olive would not let me touch the baby: I had killed him by bringing him here, I had no more rights over him. He stayed where he was for the whole day, and then another. I was not allowed to bury him.

On the third day, I took Harriet, our six-year-old daughter, to my father’s temporary office – a ramshackle building on stilts a few miles north, along the shore of a swampy, sulphurous asphalt lake. I planned to keep her busy and show her that life went on. We visited nearby seeps, unpacked equipment and spoke to local workers. At dusk we watched lightning dance among the vapours of the lake. The effect was dramatic and unearthly; Harriet squealed and clapped her hands. I was pleased. I wanted her to see that the spark that was no longer in her brother existed elsewhere, that there was energy all around.

But when we arrived home we saw that the family chickens had been slaughtered in their pens. They lay in the mud featherless and mutilated. Harriet – who had tended these birds, given them names and collected their eggs – slipped her quivering hand into mine.

As we climbed the stairs we heard rhythmic clapping and the singing of songs in Spanish. I held Harriet’s hand tight and opened the door. The mosquito nets had been removed from the windows and candles placed on the sills. A makeshift altar of taller candles had been built on the floor, around which local women – half a dozen or so, all dressed in white – sat on boxes. When they saw us they sang and clapped louder, rocking back and forth.

In the centre of the room, on the floor near the altar, sat my wife. Perhaps she had drunk liquor, because she did not seem to notice us.

Harriet began to cry. At first I did not know why, but then I saw. Her mother was holding thin hemp strings that ran up to the ceiling through a crude system of blocks and pulleys. I followed the strings upwards and there, suspended from the central beam, was the body of my son. He too was dressed in white, and was covered in feathers. Bird wings, still bloody, were attached to his shoulders and they opened and closed as my wife pulled the strings.

A woman came to Harriet, dabbed at her tears with a rag and said, in faltering English, ‘No tears, no tears – tears wet the wings of the angel, he cannot fly to heaven.’ The woman turned to me: my son was an
innocente
, she said, an angel baby. His place in heaven was certain, and there could be no greater happiness. No one must cry. The other women clapped and sang. ‘
Nada de lagrimas. Nada de lagrimas.
’ Olive joined in the clapping, applauding the dead little body creaking on its contraption of strings and pulleys.

It took only seconds for me to pull it all down. The women screamed; I felt one beating me hard on my back. I ignored them and held the tiny corpse in my arms. At first I was repulsed by this grotesque parody of my son – even after I tore away the feathers and bloodied wings, its strange, deadweight stiffness appalled me. But as I looked into the face I became mesmerised. His eyes were open and he peered out into the world with an unfocused stare, just as he had when he was born, seeming to see everything but nothing: so physically present but so absent too. There is something strange and profound in the gaze of the newly born and the newly dead. They seem able to see two worlds at once.

Olive tried to retrieve the baby from me but I pushed her away. She slapped me hard across the face and said she would not let me take him from her a second time. There was hot blood in my cheeks and stinging tears in my eyes, but my wife’s face was blank and dry. Not then or ever after did I see her cry for our poor son.

‘There is a better way,’ I said, turning from her and carrying the small body outside to be washed by the rain.

I buried him on top of a green and gentle hill overlooking the lake. Harriet stood with me as I did so and said a quick prayer of goodbye. A week later we returned to Boston. Olive refused to speak to me about our son, but I showed her some brief sketches I’d made of him in words: the way his tiny fingers had curled tightly shut when she tickled his palm with her breath, how he was soothed by the smell of orange skins.

Over the following months I wrote of our son’s life in more detail. I began, even, to extend it a little by envisaging his future. I published a small portrait of him in a Boston magazine in which he grew into a young boy who raced automobiles. Olive read my work, but she never forgave me. I might be able to convey something of a likeness of our son, she said, but I would never be able to show how much she had loved him. That was something beyond words.

In time I began to write about others who had died – at first, people I’d known personally, but then strangers too. I began to specialise in floods, fires and catastrophes. At the
Boston American
, where I worked, I became known as the Body Man. If there was a disaster, they would call me. I wrote about the sinking of the
General Slocum
, the Terra Cotta train wreck, the Great Chelsea Fire, and more. When I tried to report on commerce or politics, my writing lacked – well, the
life
of my body stories. The city editor said I should stick to what I did best, and so ‘follow the bodies’ became my motto.

But I want to say at the outset that I was never a ghoul. I respected the dead. I always sought out the truth of how they had died, and when I wrote about them I thought always of my own son and how much I loved him. I wanted to give the poor mangled bodies of this world a voice. I wanted to make them live again. My writing was an act of justice.

In 1911 I happened to be in New York when the Triangle Shirtwaist factory caught fire, killing nearly a hundred and fifty people, most of them young immigrant women. I saw the Asch Building ablaze at Washington Place and watched the girls jumping from the ninth and tenth floors. I saw five girls leap together from a window, their hair and dresses on fire. I saw another girl hang as long as she could from the brick sill until the flames touched her hands and she let go. I watched another stand at a window, throw out her pocket book, hat and coat, and step out into the cool evening air as calmly as if she were boarding a train.

When the bodies were taken to a ramshackle pier adjacent to the Bellevue Hospital I followed them. They were lined up in neat double rows, either side of the long dock, some in open boxes, others simply laid on the bare planking. I walked up and down. I said sorry on behalf of my country to those poor girls, who stared back at me in open-eyed surprise, and I took notes. In the following weeks, I found out the truth of what happened to them. I told the world how Max Blanck, the factory’s owner, had climbed a ladder to a building next door and left them to die. I brought the girls to life as best I could, publishing stories in Boston, New York and London. Like a courtroom sketch artist, I tried to capture their likenesses in a few finely observed strokes – a phrase here, a sentence there. It worked. People read my little portraits and felt the injustice of it all. They said such a thing must never happen again. At the
Boston American
the city editor passed a note to his juniors: ‘If there are bodies, call Steadman.’

So when my telephone rang at two o’clock one Monday morning just over a year later, I knew it would be my newspaper and I knew there would be bodies. I wasn’t disappointed. The duty editor told me an extraordinary thing: the new
Titanic
had struck ice and been seriously damaged. People may have been killed in the collision. The station at Cape Race had heard the ship calling for help. The duty editor assured me he was perfectly serious; it was not a joke.

I dressed quickly and walked the mile and a half from my apartment to the
Boston American
office. The streets were deserted. There was no moon and shreds of cold mist drifted in from the harbour like floating cobwebs. I could smell saltwater. In downtown Boston the North Atlantic always felt close and alive, but at this hour it seemed especially so. I thought about the
Titanic
out there somewhere, her bow crushed, crewmen caught in the mangled steel. I began to plan how I might get aboard when the ship limped into port.

When I arrived at the Washington Street office, Krupp, the city editor, was already there, shouting at newsboys and dictating cablegrams. Tickers clattered and telephone bells rang. As soon as he saw me Krupp told me to go downstairs and get hold of someone from White Star in New York on the long-distance line – preferably Philip Franklin himself. But the line was overloaded. The operator could not get me through. I tried instead to call Dan Byrne, my friend at Dow Jones, and then the Associated Press, but the lines were busy.

‘Never mind about the telephone then,’ Krupp said, interweaving his fingers so that his hands looked like a mechanical bird trying to take flight. ‘Go down there, to New York, on the first train, and get it all from Franklin direct. There are bodies here, John, I can smell ’em.’ He laughed at his own joke.