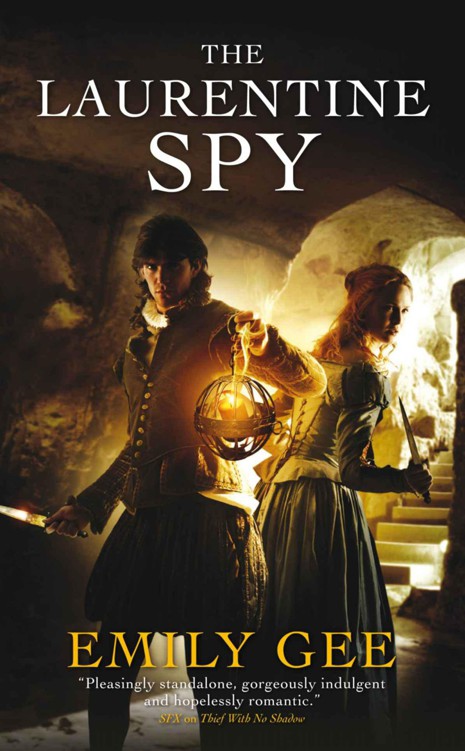 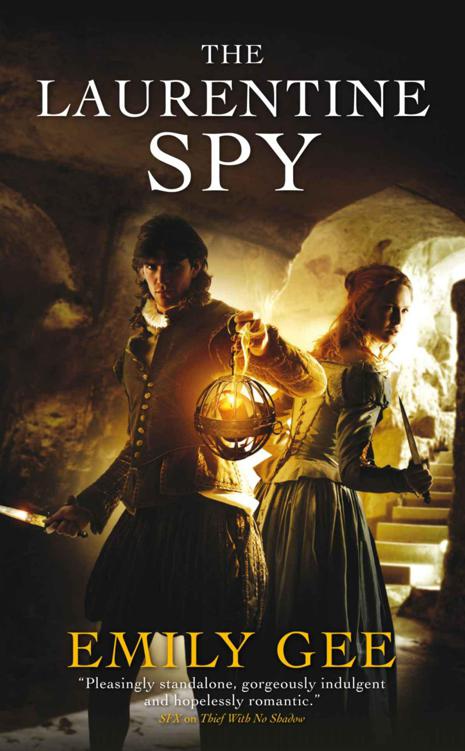 Thief With No Shadow

an imprint of Rebellion Publishing Ltd,

The right of the author to be identified as the author of this work has been asserted in accordance with the Copyright, Designs and Patents Act 1988.

All rights reserved. No part of this publication may be reproduced, stored in a retrieval system, or transmitted, in any form or by any means, electronic, mechanical, photocopying, recording or otherwise, without the prior permission of the copyright owners.

I would like to thank the following writers—Lisa Chaplin, Alison Leake, and Maurice Gee—for giving feedback that helped me shape this novel into what it is now. And thanks to my agent Richard Curtis for the title!

T
HEY SMELLED THE
Dacha Gorge before they reached it: carrion. “Stay back from the edge,” his uncle said as they dismounted.

The stench of death filled his mouth and nose, choking. He saw mountains, dark fir trees, sheer walls of rock.

Soldiers’ bodies. Hundreds. Thousands. Too many to count. Corhonase, Marillaqan, lying like broken dolls at the bottom of the gorge.

Bile rose in his throat. He turned away.

“Don’t throw up on me, boy.” His uncle’s hand was on his shoulder, gripping strongly.

He clenched his eyes shut. He could still see the bodies, still smell them. “Why?”

“Corhona seeks to expand. They always do.” His uncle released his grip. “This time we won.”

He opened his eyes. “But those aren’t our soldiers, sir.”

“It doesn’t matter whether the battle was ours or not. Whenever Corhona loses, Laurent wins. Remember that, boy. “

His uncle turned and looked back into the gorge. “It doesn’t always have to be like this, boy. Sometimes it’s possible to win before it comes to fighting.”

S
OMETHING MOVED AHEAD
of her in the catacombs. Pebbles shifted against stone. The sound echoed through the dark galleries.

Saliel halted and reached for her knife.

Silence stretched for long seconds—black, cold, empty—while her heart thudded hard and fast beneath her breastbone and her ears strained to hear.

More pebbles rolled across the sandstone floor, a thin rattle of sound. There was a sudden scuffle of movement in the darkness. A rodent squealed.

But she didn’t relax her tight grip on the knife. She waited, counting a hundred breaths, two hundred, three, until she was certain no one moved in the darkness. No soldiers. No thieves. No living person except herself.

The knife slid noiselessly back into its sheath. Saliel stepped forward. The brush of her gloved fingertips over the cold stone made a faint whisper of sound. Her eyes were useless; the dark was too dense, too absolute.

She descended another level, deeper into blackness and silence. The route through the labyrinth of passages and galleries was as familiar as her own face in the mirror. No candle was necessary; she knew every crook and turn, every fall of rock, every shrouded and disintegrating skeleton.

The alcove was shallow, an arch, a single step, nothing more.

Saliel paused to listen. Nothing moved in the darkness. She squeezed her eyes briefly shut—
please, let the Guardian set me no task tonight
—and leaned her weight against the sandstone.

The wall pivoted with grudging slowness.

Her shoulders brushed rock on either side as she slipped through the narrow opening. The block of stone swung quietly back into place, shutting her in stale darkness.

She was no longer alone. She saw nothing, heard nothing—but she knew.

Saliel drew her knife. She gripped it tightly. “I saw three rings around the moon tonight.”

Saliel relaxed at the familiar voice. She sheathed her knife.

“Yes.” She’d left the ball as early as she dared, but it had taken the maid long minutes to unlace the gown, to unpin her hair and replait it in a single long braid, to bring hot water to wash her face and warm honeyed milk to drink. “I apologize.”

The Guardian grunted. Saliel heard the rustle of cloth as he moved. Stone grated against stone and faint light leaked into the ancient storage room. For a moment the man was silhouetted in the doorway—bulky, hooded like an executioner—and then he stepped back to let her pass.

The chamber beyond was vast. Centuries ago it had been used to prepare the dead. Stone tables stood in the centre of the room, grooved and stained, and dark-lipped gutters dissected the floor. A single candle burned. Shadows towered in the corners and swallowed the ceiling.

One and Two were already seated. Their heads turned as she entered. Her eyes knew which was which. In daylight in the court she’d never recognize them; here, cloaked and hooded, she knew them.

The men rose, One tall and solid, Two slighter, narrow-shouldered.

“You had difficulty?” Two’s voice was faintly anxious.

“I had difficulty leaving the ball. Nothing more.” Saliel sat on an upturned urn.

“It was a crush, wasn’t it?” One sat beside her. His posture was relaxed, his voice calm.

“Yes.” Saliel glanced at him.
Did I dance with you?
“There were many naval officers.”

“And many warships in port,” the Guardian said, sitting. “Too many. I fear they’re up to something.”

“Admiral Veller was in unusually high spirits this evening,” One said.

She nodded. The Admiral had been flushed with alcohol—and something more than that. There’d been an undercurrent in the vast ballroom, a soundless whisper that had prickled over her skin. She’d seen a gleam in men’s eyes—the Admiral and his aides, the clusters of naval officers—and been unable to find a word to describe it. The word came to her now.
Anticipation.
She shivered and drew her cloak more closely to her. “He’s excited about something.”

The Guardian grunted. He pushed to his feet and began to pace. His footsteps echoed flatly.

Saliel looked down at her hands. She clenched her fingers together.
Please don’t ask me to—

The Guardian halted in front of her. “The Admiral’s wife may know something. Three, speak with her and see what you can find out.”

Saliel swallowed. She raised her head and looked up at him. “I shall.”

The Guardian turned from her. “Two—”

“I’ll have a word with his valet.”

“Good.” The Guardian shifted his attention to One. “The Admiral should be in the courtesans’ salon tonight.”

“I hadn’t planned on attending,” One said. His voice was neutral, without inflection.

“I suggest that you do.”

One shrugged his shoulders. “Very well.”

Saliel looked down at her hands. She unclenched her fingers.
A simple task
, she told herself.
It will be all right.

“Is there anything else?” the Guardian asked.

“No,” said Two, and she looked up to see One shake his head.

“No.” She shook her head too. “Except...the Consort still speaks of an investigation. She’s certain there are Laurentine spies in the Citadel.”

Across from her, Two shifted slightly. His tension was tight-shouldered and silent. The folds of his black cloak fell to the floor in sharp lines.

One spoke quietly: “Fortunately the Prince doesn’t share her conviction.”

Bamboo and Lace by Lori Wick
Dangerous Attraction: Part One (Aegis Group) by Sidney Bristol
Dead Souls by Nikolai Gogol
The Ambassadors by Henry James
Lyndsey Cole - Lily Bloom 03 - Roses are Dead by Lyndsey Cole
RECKLESS AND WILD: MOTORCYCLE CLUB ROMANCE BOX SET by Honey Palomino
01 Do You Believe in Magic - The Children of Merlin by Susan Squires
You Are One of Them by Elliott Holt
A Likely Story: A Wayward Ink Publishing Anthology by Wayward Ink
No One Sleeps in Alexandria by Ibrahim Abdel Meguid