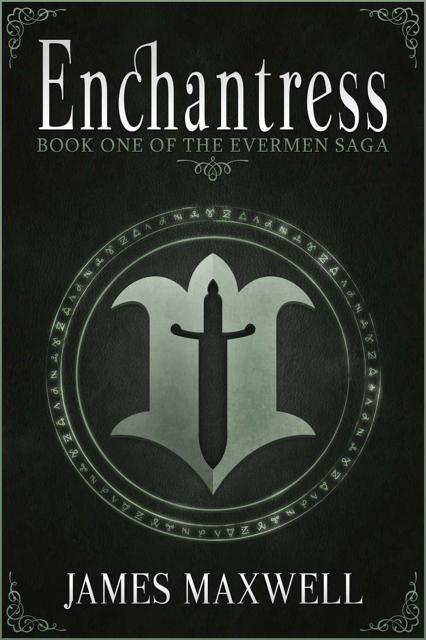 All rights to this novel are reserved.

No part of this book may be reproduced in any form or by any electronic or mechanical means including information storage and retrieval systems, without written permission from the copyright holder. The characters and situations are products of the author’s imagination. Any resemblance to actual events or persons, living or dead, is entirely coincidental. 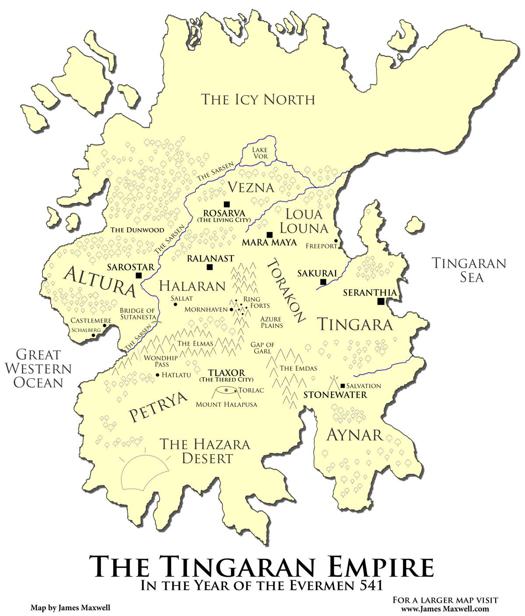 T
HE
great war that destroyed Lady Katherine’s life was a seventeen year old memory. The Emperor crushed Altura, and the hope of the Western Rebellion ended with the bitter taste of betrayal. Yet on this day, Katherine would join the ranks of the traitors. Only the Lord of the Sky could forgive her, for she would never forgive herself.

Katherine navigated the sprawling market, a veil clutched under her eyes. She felt naked without her guards, yet she was terrified she would turn a corner and there they would be — come to escort her back to the palace and end it now, before it even began.

A man bumped into her, turning and mumbling an apology. He stopped mid-sentence, realising who it was he had just knocked.

Katherine whirled past him. Alone and unprotected, she had never realised before how frantic the market could be. A woman hurried by, a steaming pot in her hands. Liquid sloshed and spilled onto the ground.

Katherine’s husband was Tessolar, High Lord of Altura. She had servants and lived in a palace. She wore fine garments of silk, and jewellery of gold and emerald. At state dinners she sat at her husband’s left hand, and people of all ages and stations sought her ear, begging her to speak with the High Lord on their behalf. When she walked into a room, conversation halted and people stood, touching their fingers to their lips and forehead with respect. Women were envious of her, jealous of her beauty and the prestige her position brought her.

Yet what if the people in this market — her people — could look into her heart, and see how easily she had been manipulated, how readily her loyalties discarded? Katherine’s betrayal wasn’t of her own making, but it was a task she knew she would carry out. The thought of what she planned to do caused a part of her to recoil, not because of any feelings for her husband, but because of her people. She knew she had no choice.

Katherine tried to calm her breathing. Her reddened eyes darted to the left and right, and her ivory skin was greyed and drawn. She had known this day would come, but she had never expected it to be like this.

It began with a nightmare.

Katherine always slept soundly and alone, yet this last night she had felt a presence beside her. It was there in her dreams, full of menace, and she fought to tear herself from slumber's grip. She woke gasping for breath, her heart beating in her ears, the blindness banished when she opened her eyes.

Crisp morning sunlight poured through a barred window. The bed linen was soft and luxurious, and Katherine stretched, feeling the blood flow through her body. She banished the nightmare to the back of her mind and inhaled, slow as a summer breeze, catching the scent of flowers in the air.

Her breath stopped. There was something next to her head on the pillow.

It was a rolled piece of paper, sealed with black wax, resting atop the silk like a lover’s note. But Katherine had no secret lover, and she froze as she realised who it must be from.

She stayed motionless for several slow heartbeats, looking at the message like facing a coiled viper. She willed her limbs to take her body closer, but simply couldn’t summon the courage to reach forward. A maid could walk in at any moment, or even Katherine’s husband. The fear of discovery finally overcame the fear of what she would read, and Katherine sat up, snatching the paper and breaking the seal with shaking hands.

You must go today to the Poloplats market and visit the girl’s stall. Do not do anything out of the usual. I will be watching you. You must buy a single nightbloom from the girl to indicate you understand what you must do, and that you know what will happen if you do not do it. If you need reminding…

Katherine read on in horror. Shaken and terrified, she dressed and summoned her guards. Instead, to her shock and surprise, her husband entered the room.

"Where are you going?" Tessolar demanded, his face curled into a scowl. "You are not going to the market."

Katherine took a slow, deep breath before answering. Her heart raced and beads of sweat formed at her brow. "I won’t be long." She stepped towards Tessolar, hoping to distract him from the hand behind her back.

"No, Katherine." He lifted his chin. "Enough. Your visits are becoming an embarrassment to me."

"Husband?" Tessolar raised an eyebrow. "You must really want to go this time. No, Katherine, I forbid it. The High Lord’s wife is not some simple woman of the fields who can associate with all manner of folk."

"Of course it’s about the girl!" Tessolar snapped.

Katherine realised with a sense of dread that Tessolar wasn’t going to relent. To have him forbid her today, of all days! The thought of what would happen if she didn’t follow the instructions in the message sickened her. He was fully capable of carrying out every threat he had listed.

"I understand," Katherine nodded. Moisture burned behind her eyes. "I will go, just this once, and say goodbye."

"No," Tessolar said. "Obey me in this, and I will see that you prosper in the position you have. You have a life of comfort, Katherine, and I know you do not wish to have the court know that you are out of my favour. Do you understand what I am saying? As the High Lord’s wife you have access to privilege, but only at my discretion. Do you wish to lose that access?"

Katherine looked down at the ground. "No."

"Good," Tessolar nodded. "Spend the day in your chambers and I will see you at dinner."

Katherine looked at Tessolar with despair. "Yes, My Lord."

As soon as he left the room, Katherine threw a maid’s winter coat over her dress. She knew secret routes out of the Crystal Palace, ways that even Tessolar didn’t know. Within the hour Katherine had left the palace and crossed the river, walking in the direction of the Poloplats.

"Excuse me?" It was a woman’s voice, bringing her back to the bustling market. "Are you well?"

The merchant, a seller of elegant enchanted jewellery, had one hand hesitantly resting on Katherine’s shoulder. The human gesture touched something inside Katherine, and she almost broke down then and there.

The merchant drew back. "Of course, My Lady." She removed her hand as if she’d burned it. "My apologies for being so forward."

"Please," Katherine softened her tone. "What is the fastest route to the flower market?"

"Why, you’re not far, it’s just another two blocks ahead, out in the open square. Through the restricted section."

"Thank you," Katherine pressed a coin into the woman’s palm. The merchant looked at it and frowned, but she put the coin away.

Katherine followed a short alley to the market’s heart. Bright colours were everywhere. Richly patterned cloth vied with multi-hued spices from Halaran, while a stocky man lifted the lid of a huge blue pot and steam rose in a cloud. He ladled a yellow liquid into a bowl and handed it to a customer, taking two copper cendeens in return. An old man belched, clinking his mug with a fellow. A woman cried out the latest prices for summer fruits. Boot-heels rang out on the cobbled stones as a group of soldiers in Alturan green marched in formation. Katherine pretended to examine a silver kettle, setting it down when they passed.

Ahead she could see the tiered tables lined with velvet that were the market's main attraction. The enchanted items were artfully displayed, carefully spaced and with tiny white cards showing their prices. The most expensive pieces weren't available for general view, but those in sight were nevertheless fascinating. Silver igniters etched with tiny symbols covered one table, while nightlamps glowed in an array of colours on another. An entire aisle was devoted to necklaces, rings and bracelets. Locks that would open with a spoken word. Knives and swords. Shields and armour. It was a feast for the eyes.

Katherine barely noticed. In her mind, present at all times, was the text of the message. Written with such a steady hand, it was all the more chilling for its clarity. This man had left her to her own devices for well over a decade, but deep down she had always known that one day he would make good on the infiltrator he had placed in the highest circles of the nation of Altura.

The restricted section was barred by two grim-faced guards, their spears held at angles. Katherine straightened her back and smoothed her face. She wouldn’t be allowed to cover her face here, but she was so close that it would be worth the risk. The guards dipped their spears as she approached and Katherine’s heart squeezed in her chest. Then she realised they were merely bowing before her as she entered.

Katherine’s legs felt suddenly heavy, but she nodded in return and passed between their broad shoulders.

The market here was covered by a wide dome. Intricate designs and fluted stonework decorated the heights, where below a more sombre and well-dressed crowd browsed the stalls and spoke to the vendors in hushed tones.

Katherine passed a bold sign:
Strictly no activations
. The first word had been underscored.

This was where the more dangerous enchantments were bought and sold: forges and industrial heatplates, sound-and-light security devices for the wealthy, and razor-sharp weapons covered with arcane symbols.

Katherine tore her gaze from the costly array.

Her eyes met the stony gaze of Tessolar’s personal guard and five of his fellows.

It was over. It was all over.

"My Lady," the guard spoke, his voice a deep baritone. "The High Lord requests your immediate presence. Please, come with us."

You must buy a single nightbloom from the girl to indicate you understand what you must do, and that you know what will happen if you do not do it.

She opened her eyes as the guards began to encircle her, and then it came to her. Katherine looked down at the display table next to her, and her fingers rested on a sentry device. She traced the symbols with her fingertips and the activation sequence came to her mind.

As Katherine spoke, the object came to life.

Bright colours flashed and a sound like a thousand birds screeching rang through the market. The guards put their hands to their ears, grimacing in pain. There was a huge crash as fleeing shoppers struggled to escape the cacophony.

Katherine quickly ducked under an awning and pushed through a tented area, surprising a stunned merchant. The sound of raised voices and panicked townsfolk followed her as she searched for a way out, eventually spying a vertical split in the rear of the tent. She pushed through to where a narrow space opened up and a glimmer of light could be seen in the distance. Katherine squeezed her slim figure through the gap and shuffled along the wall behind the tents.

Gasping, she came to where the tents ended and joined the throng of the crowd as they fled the area. Katherine stopped for a moment and leaned against the wall, but the sense of urgency made her look up. She was moments away from her destination.