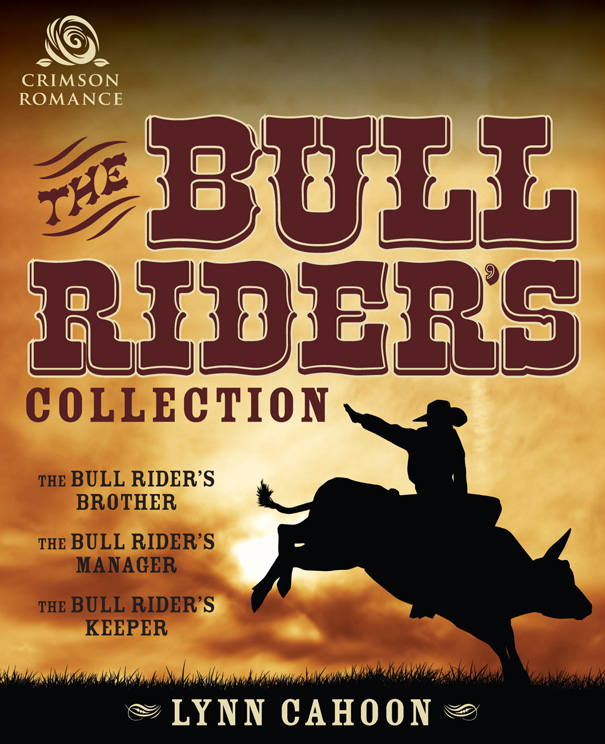 Enjoy special offers when you purchase any of our hundreds of great romances! 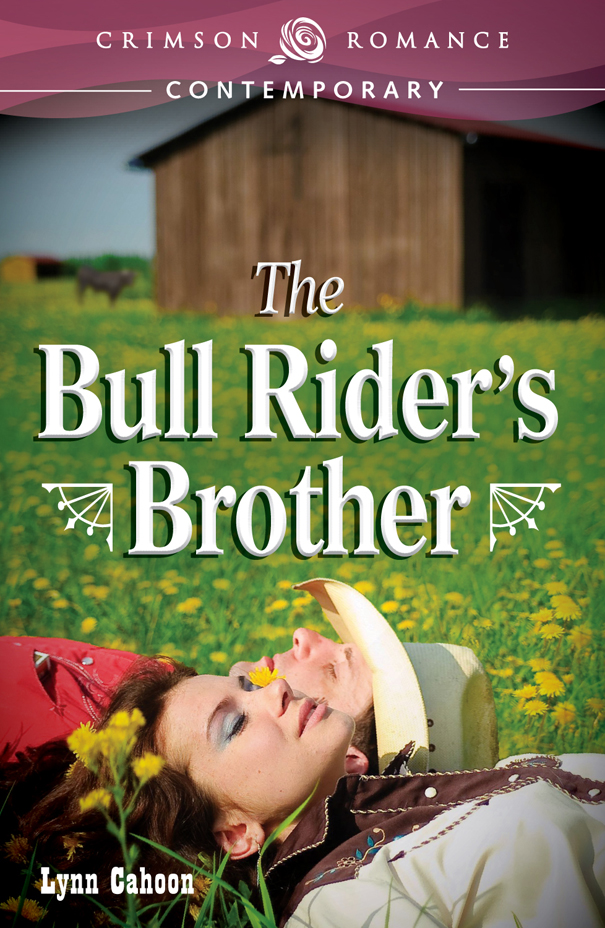 This is a work of fiction. Names, characters, corporations, institutions, organizations, events, or locales in this novel are either the product of the author’s imagination or, if real, used fictitiously. The resemblance of any character to actual persons (living or dead) is entirely coincidental.

Cowboys aren’t easy to love — but they sure are easy on the eyes.

Lizzie Hudson gazed appreciatively at the abundance of lanky male bodies line-dancing along the planked hardwood and knew accepting Barb’s invitation for a night out had been a bad idea. Her logical side said she was too old to be out with the crowd celebrating the night before the rodeo, but after consuming a few longnecks and taking a couple spins on the dance floor, she felt like a teenager. It had a long time since she experienced a night free of responsibility while JR, her five-year-old son stayed with his grandfather. She glanced at her phone. Maybe she should call in one more time just to check.

“If you dial that phone, I’m going to take it away from you.” Barb held out a longneck to Lizzie. “You called before dinner. He was fine then, he’s fine now — and if he wasn’t your dad would call. C’mon. Mom time is over. You and I are having fun if it kills us.”

Lizzie laughed, slipping the cell back into her jacket pocket. Even though the calendar marked it as the first weekend of May, Shawnee, Idaho still grew chilly after the early sunset. Before the sun crested the mountains surrounding the town, temperatures in the narrow valley would drop close to freezing.

Again Lizzie let her gaze wander over the dance floor. River’s End was only one of ten bars in the small town. Ten bars, ten churches, and one school. With its proximity to mountains, rivers, and hot springs, Shawnee’s residents made a year-round living from outdoor enthusiasts, hunters, and fisherman. Still, the bar built for crowds of twenty had three times that tonight. Tourists, townies, and rodeo crew were crammed into the small room and spilling out into the street. The jukebox blared an old Patsy Cline tune, but even Patsy’s strong, mournful voice had trouble being heard over the chatter and laughter of the crowd.

“Let’s step outside where we can talk. I’ve two-stepped my toes raw already.” Lizzie weaved her way through the crowd, ignoring offers of drinks and playful slaps on the butt. Rodeo weekend and every man thought he was a cowboy.

A cowboy looking for a ride was more like it.

The pair walked over to the side of the building where parade stands were erected in the bar’s parking lot. What with the down-home party atmosphere, the influx of tourists, and the chance to have a few too many after a long winter, no one drove anywhere once the sun set during rodeo days. The out-of-town visitors’ cars, trucks, and rigs were parked at the rodeo grounds or a nearby motel. Lizzie’s old compact sat in front of the condo Barb had rented for the weekend.

Upon reaching the parade stands, Lizzie and Barb climbed to the top of the metal structure. Other than the muffled sounds coming from the bar next to them, the town seemed quiet. The night sky loomed over them. Lizzie could feel the damp chill from the river, cooling the valley.

“I can’t believe you agreed to come for the entire weekend.” Barb clinked Lizzie’s bottle. “Who were you dancing with? Tall, dark, and all that!”

“Justin something. He’s out of Colorado. A bull rider.” The cowboy had told Lizzie a lot about his life, how he competed in different venues and traveled the country as they circled around the small dance floor. Conversation designed to impress a small-town girl. He’d asked her to dinner tomorrow but she’d turned him down. Tomorrow night was too late. Tomorrow afternoon she turned back into a mom. Once that happened, she couldn’t plan any further ahead.

“We’re going to have a blast this weekend. First thing tomorrow we’ll get saloon girl costumes for the parade. Then we’ll head over to the rodeo grounds.” Barb shot Lizzie an evil grin. “Maybe we’ll get lucky.”

“Tomorrow I’ll be back in mom mode for a while when JR and Dad come in for the parade.”

Lizzie watched the revelers walk from one bar to the next as though they were looking for something. But looking for what? Someone special? A missing lover? Or just a better time than the one they were already having? Once she’d been part of that crowd. A cowgirl out for fun, rocking the standard uniform of boots, tight jeans, and a tighter T-shirt. She and Barb had been among the party crowd, the rodeo revelers, for a year after they’d graduated high school. Then Lizzie’s life had changed. Twice.

Now she focused on other things. Like JR. And like making ends meet while she found hand-me-down clothing and bought sufficient groceries to feed her constantly growing five-year-old.

“Stop thinking and play with me. It’s been too long since we’ve been out trolling the bars.” Barb reached over and pulled Lizzie into a hug. “I’ve missed my friend.”

Lizzie looked at her, trying to hold back the envy she felt. Barb lived at least a portion of the life Lizzie had planned for herself. Building a career she loved. The Blackberry back at the condo had buzzed so often while they were eating dinner that Barb had finally tossed it from the table announcing she was off the clock.

Barb Carico had been her best friend since they shared finger paints in first grade. Barb’s long red curly hair had been the exact opposite of Lizzie’s dark straight pixie. The girls were complete opposites, except for one thing. They both loved horses. In high school, Barb had been rodeo queen one year, Lizzie the next. They’d traded the title back and forth right up to the year they both left town, Barb heading off to Boise and Lizzie for school in Portland.

“I’ve missed you, too,” Lizzie told her now. “But I’m not the one running around the country managing all these rodeos.” Lizzie leaned back. Despite a few twinges now and then, she loved her life with JR. Still, she couldn’t help asking, “What’s it like making cowboys do your bidding?”

“Like wrangling cats. I swear some of these guys still think they are in Mrs. Stewart’s homeroom, throwing spitballs. Seriously, do guys ever grow up?”

“Sounds like you have some stories to tell.” Lizzie laughed. “Do you see any of our old crew?”

Lizzie’s heart pounded. “Stop. Breathe. Now tell me what you thought I knew.”

“So, I hope he wins. I knew he still competed. What’s the big deal?” Lizzie stared at her friend, confused.

James Ray Sullivan couldn’t believe what he was seeing. Lizzie — sitting in the stands next to her best friend. Exactly like the last time he’d seen her six years ago. Rodeo weekend might as well be the Shawnee High School reunion. Everyone came back for the event. He’d told Jesse the rodeo prize money wasn’t worth the trip down memory lane. Hell, they were missing Cheyenne Gold to be here. Even if Jesse won, the pot wouldn’t cover their expenses.

Being in town meant he had to deal with running into people who’d known him when. People like Lizzie. He thought he’d put Shawnee in the past when he and Jesse hitched up that old Dodge Ram truck to the double horse trailer that summer and left. But the first weekend in May was a rodeo tradition here in Shawnee. And now, he stood on the street, staring at his worst fear.

James swallowed hard; his heart started to thud. “Wow.” A shiver ran through him. Even after six years and, thousands of miles, and more emotions than he ever could count, she still got to him. Just seeing her from a distance and he felt like his old self, a puppy dog carrying her books to class. How they’d stand in the hallway, wanting one more minute. He guessed his teenage self must have somehow known to grab all the time it could get because when all was said and done, they were not meant to be.

A slap on the back brought him back to reality. Jesse pushed him out of the bar doorway and down the street.

“Dude, we need to talk.” Jesse’s voice broke the silence. “After the rodeo, I’m going to … .” Jesse stood in front of James, demanding his brother’s attention as always. “Hey, earth to James, are you listening?”

“Sorry. Being home messes with your head, you know?” James headed right down the street and away from the girl he’d worshiped. “What did you want to talk about?”

“I thought we were going to River’s End? How come you’re headed the opposite way?” Jesse scanned the street scene and stopped when he caught sight of James’s ex. “No wonder. Lizzie looks as good as she did in high school, bro.”