The Book of Bad Things 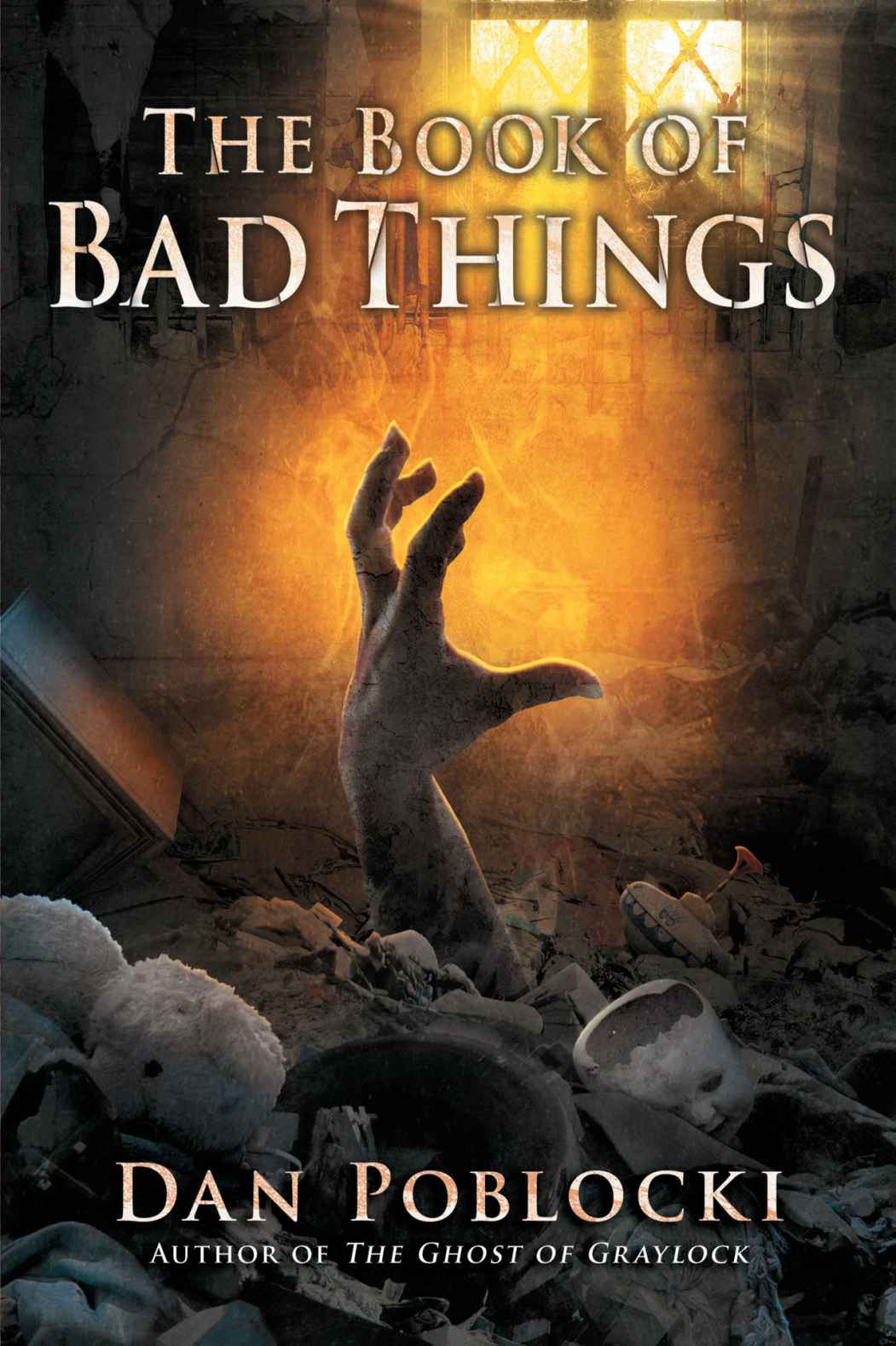 Ursula pawed carefully through the looming stacks of cardboard boxes.

Where did it go?

Her mind raced, but she forced herself to move slowly, as if that might quiet the voice screaming in her head. Inside every carton, she discovered only disappointment and dust and the useless junk she’d been unable to toss out for years. A painful pressure was building behind her eyes. It felt as though her ears were stuffed with marshmallows.

I’m sure I saw it only a few months ago!

The old woman clamped her lips upon a small box of matches. If she didn’t locate the lighter fluid now, tonight, she knew she may never have another chance. Something was wrong deep inside her chest. A painful rattle. For the past few days, she’d struggled for breath, wheezing, as if her lungs had shrunk to the size of raisins. Ursula was no fool. She hadn’t been to a doctor in maybe a decade, but she knew what was growing inside of her.

Darkness was coming. It was a shadow she’d felt wavering at the edges of her vision for years.

But it wasn’t her own death that frightened her.

Ursula stood in her living room, or what had once been a living room, and blinked away tears. Every inch of the place was a mess: bundles of newspapers and magazines and junk mail, bags of garbage and soiled clothes, and dried things that had once been food. From the floor to the ceiling, she’d stacked boxes she’d labeled with black marker again and again as the clutter had accumulated and changed and had tried to change her too. Ursula had fought it for as long she could, but by the time she’d discerned the depth of her predicament, she understood that there was no solution but the most drastic thing.

Where did I leave it?!

The first step was more difficult than she’d thought it would be.

The floor trembled. It knew. It heard her. A sudden pain split her forehead. Shadowy tendrils reached out to her, searching for a way into her skull. She was running out of time.

The second step was to wet the room with the flammable liquid. Slowly. Gently. As if watering a garden. An everyday occurrence. A chore.

The house lurched, and the stacked boxes teetered toward her. She raised her arms to steady the closest ones, but something was mashing the inside of her chest, and she crumpled to her knees. The matchbox slipped from her mouth and matches spilled onto the floor.

Cartons tumbled, the weight of them smashing into Ursula’s back. She fell over. Gasping for breath, she slapped the piles of junk away from her.

The ceiling was blurry. She was too weak now to stand, but she glanced around, hoping that by some miracle the tin had fallen nearby. No such luck. The lighter fluid was still hiding. The limited light that filtered through the shaded windows during the day disappeared with the setting of the sun, and evening shadows lapped at her like waves.

She pursed her lips and set her brow.

Forget step two. She still had step three and a seed of hope. Strike a match. Burn it all.

If tonight was the night that life was to abandon her, Ursula had to know that none of her possessions, the things she’d collected for years, would leave this house. It all must burn with her. She thought of that old saying, the one about how all of our worldly belongings remain behind when we die:
You can’t take it with you
. If her plan succeeded, no one else would take it either.

The matchbox lay several inches from her face. A single match was beside it. With shaking hands, she took up the box and then clawed at the match, and for a moment, she remembered playing pick-up sticks with her brother and sister across an ocean. Unsteadily, she held the stick to the flint, suddenly overcome with the weight of what she was doing. This house had been her life. The things that surrounded her,
The Collection
, had become her reason for living. But she’d never imagined it would end her life. She cursed her uncle Aidan for leading her here, for leaving her this house, this burden.

She struck the match. A spark. A flame. In her surprise that it had worked, that the air had allowed the fire to bloom, the breath she’d been seeking all night long slipped from her lips and huffed out the light.

The floor trembled. The walls creaked. She knew that the
something
was laughing at her, but she had no voice to shout back. To tell it to shut up. And even if she had, her mind had begun to erase the words she might have used.

The shadows danced closer along the edges of her vision. She stared at the ceiling as it shrunk, smaller and smaller, into a dusty oval shape, an echo of the old woman’s blue lips, silent, still, unable to take in even one last gasp before the mantle of darkness engulfed her entirely.

Bought by the Billionaire Brothers by Alexx Andria
The Citadel by A. J. Cronin
Alpha Initiation (Alpha Blood #1) (Werewolf Romance) by Mac Flynn
Cover-up by John Feinstein
After the Christmas Party by Janice Lynn
Access Denied (and other eighth grade error messages) by Denise Vega
Root (Energy Anthology) by Thompson, Lloyd Matthew
A Slippery Slope by Emily Harvale
Wyatt's War: Hearts & Heroes, Book 1 by Myla Jackson
Out There: a novel by Sarah Stark