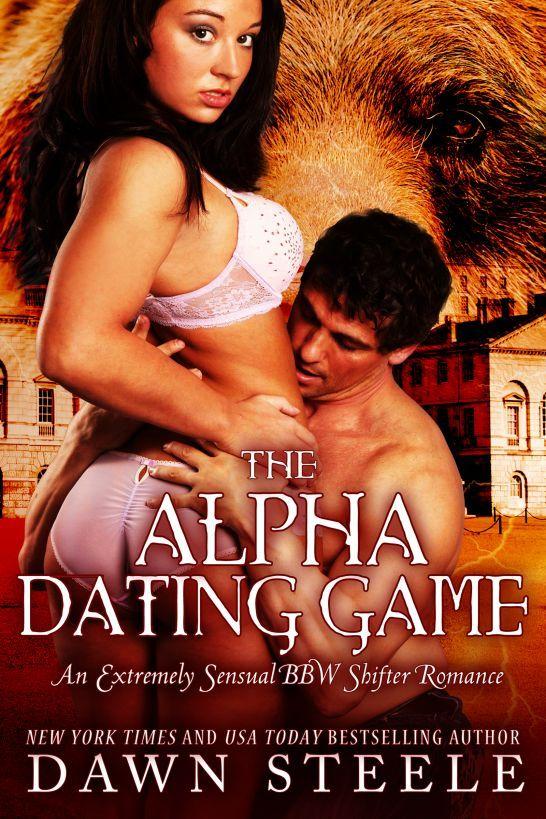 This book is a work of fiction. Names, characters, places and incidents are the product of the author’s imagination or are used fictitiously. Any resemblance to actual events, locales or persons, living or dead, is coincidental.

Dawn Steele/Aphrodite Hunt is a New York Times and USA Today bestselling author. Her stories have been in the Top 5 of the Amazon overall bestselling charts, the 10 of the Barnes and Nobles overall charts and the No. 1 spot in Amazon's Movers and Shakers. She is a Top 50 Amazon Most Popular author.
She has had no less than 33 stories hit Amazon's Top 100 Erotica/New Adult/Paranormal Romance charts and two which have hit the Top 2. 17 of them have hit the Top 100 Barnes and Nobles bestseller charts.

This mailing list will be for all three pen names: Dawn Steele, Aphrodite Hunt and Artemis Hunt. I’ll only update you on a new romance (and all its subgenres) release, and not erotica for fear of offending some sensibilities. Erotica updates will be on Aphrodite Hunt’s blog only.

Oh why oh why do I do these things to myself?
Jessica groaned as she glanced at her own reflection in the mirror.

Let’s face it, she was plus-sized. Her double chin was obvious under its cute cleft and she filled out last year’s little black dress (okay, plus-sized little black dress) very copiously. So copiously that her humungous breasts were practically straining at the seams and threatening to burst forth like overripe watermelons.

“But they are so huge,” she would gush. Lyla was whippet thin and had a boyish, flat chest to match. For best friends, they made quite a pair. Jessica used to joke about how everyone would announce, “Oh look, there’s Number Ten coming”, with her being the big, round ZERO component of the duo.

“Every time I put on weight,” Jessica said gloomily, “it seems to go right to my tits and ass.”

“I would pay to lipo-transfer
your
fat to my tits and ass,” Lyla exclaimed.

“There’s no such thing.”

“Honey, they perfected heart transplants. Fat transplants will be the nip and tuck rage before you know it.”

Somehow, Jessica doubted that. You always craved the things you couldn’t have and Lyla was no exception. Lyla suffered from a thyroid hormone disorder which was not under the best control, and so she could eat as much as she wanted to and never gain an ounce. She also didn’t get much sleep and was hyper-excitable most of the time.

Still, they were best friends since middle school and they stayed best friends in college. It was great that they got into the same college, even though freshman year was turning out to be brutal for Jessica.

But now, Jessica was going on a blind date with the cousin of Lyla’s new boyfriend.

“Did you tell him about me?” Jessica said anxiously. The skirt was short and her thighs were thick slabs. Why did the mirror always put ten pounds on her frame?

“Of course I did. I told Stuart to tell Jeff about how smart you are, how engaging you are, how generous you are – ”

“All those things are
you
!”

“Honestly, Jess, you are making a big deal out of nothing.”

“It’s not nothing! It’s a hundred-and-eighty pounds of
me
!” And all of it was glaringly obvious too. Maybe she should slip out of the little black dress. It was making her look dreadfully fat.

“Honestly, Jess, men are not that shallow. You have to give them more credit than you usually do.”

Yeah, but Jessica had been the brunt of a fat joke too many, and most of the time, she didn’t tell Lyla about the taunts and whispers she heard. Because Lyla always got so heated about it that she would be willing to put up a fight for Jess, and that was always super-embarrassing . . .

“She’s not fat! You take that back or I’ll stomp you into a pancake!”

“If you call her fat, you’ll have me to answer to and I have a black belt in karate!”

Still, maybe this Jeff was different. There was always hope. But Jessica was always nervous around men and she always felt the need to apologize for the way she looked.

Still, the reflection in the mirror showed an overweight girl who was bordering on the mildly obese spectrum of the BMI, who was pretty in a very plump, soft curvy way. Jessica’s hair was a lush brunette and she always held it up with a barrette, even though Lyla considered barrettes a thing of the last millennium.

“You look great!” Lyla chirped happily, standing next to her best friend in the mirror. She put one arm around Jessica’s ample waist and squeezed it.

“Then what are we waiting for? Let’s go!”

The date was to be held at Bergovia, a nice restaurant which served fusion food. It was a little way from their campus. Jessica and Lyla arrived early at their pre-booked table.

“Relax. We’ll wait for fifteen minutes and if he doesn’t show, then you can call him,” Jessica chided her gently. “Remember? We talked about this. You get me through my body image issues and I give you the heads up over your hormonal ones.”

Lyla was contrite. “You’re right. I get so worked up at times.”

“Stuart is a saint.”

“I’m not so sure about him yet. It’s still early days and it’s still all about sex.”

Jessica wished she could be so cavalier about sex. But she believed in giving it up only to someone she truly loved, which was her Big Hang Up Number Two. Only Lyla knew she was still a virgin. And of course, her Mom, who thought that all unmarried daughters should be eternal virgins.

“Oh look, there they are.” Lyla gave a little wave.

Jessica looked over to the direction of the door. She recognized Stuart, of course, who was a short, bespectacled youth who looked like he was always squinting into the near distance. But he was nice enough to Lyla and he all was right in Jessica’s book. Stuart was accompanied by a taller chestnut-haired youth whose eyes were darting all around.

“Let me get him,” Lyla said. She stood up and waved cheerily, attracting the attention of the diners around them. “Hey, Stuart, over here!”

Jessica winced and felt like sinking under the table. That was rather loud, she thought. But then Lyla was always a little boisterous. They were almost exact opposites, which was why they got along like bread and butter. Everyone stared at them, some a little crossly.

Stuart’s cousin, Jeff, swiveled his head. His gaze swept across the diners and landed on her face. Jessica couldn’t be certain but she thought she saw dismay come over his rather pleasant features. Stuart nudged him and gestured towards their table. They made their way to it; Jeff somewhat reluctantly. Or was she reading everything wrong?

Jessica wasn’t sure about anything. Her self-confidence was usually at ground zero and worrying about stuff only made her depressed, which in turn made her eat a whole lot more for comfort.

“You made it,” Lyla said happily. She got up and hugged Stuart. Jessica wished she could have that easy-going camaraderie with someone who didn’t possess estrogen.

Stuart said, “Hi, Jess.” He was always polite and friendly with her. “This is my cousin, Jeff.”

Jessica got up awkwardly, almost tipping over her water glass. She held out her hand.

Jeff was still staring at her.

Why is he staring at my double chin?
Jessica thought with dread. Oh wait. His eyes had dipped down to her breasts and her very pronounced cleavage. The ample fat padding her waist. Her thighs. Damn those thighs. She now wished she had worn something longer. But long skirts made her look short and squat.

“Shall we?” Stuart said, waving Jeff to the seat beside Jessica’s.

They all sat down with scrapes of their chairs, causing the diners to once again give them murderous glares.

“Shall we order?” Lyla said.

“I’ll let you look at our appetizers and entrees first,” he said. “Then I’ll be right with you. Today’s specials are on the menu card inside. I recommend the three cheese baked pasta. It’s particularly good with the house wine.”

He left with a bounce. He was obviously a college kid moonlighting for his tuition. Jessica wished she could be that confident and carefree.

“Boy oh boy, these look good,” Lyla said. Her fingers danced over the menu. “I’ll have the cauliflower and broccoli soup, followed by . . . hmmmm, the pumpkin risotto, I think. What do you think, loverboy?”

She leaned over to give Stuart a peck on the cheek.

“Anything you want, sugar plum,” he said, his glasses slipping off his nose.

A Feather in the Rain by Alex Cord
Machines of the Dead 3 by David Bernstein
An Uncommon Grace by Serena B. Miller
Banded Brothers 03 - To Enchant An Eagle by Amber Kell
Bossy by Kim Linwood
The Fourth Rule of Ten: A Tenzing Norbu Mystery (A Tenzing Norbu Mystery series Book 4) by Gay Hendricks
KEEPING YOU: Howlers Motorcycle Club 1: A Werewolf Shifter Paranormal Motorcycle Club Romance by Devane, Lauren
Caged: Cellar Door Series by Pars, K.
To Wed a Rancher by Myrna Mackenzie
Oathblood by Mercedes Lackey