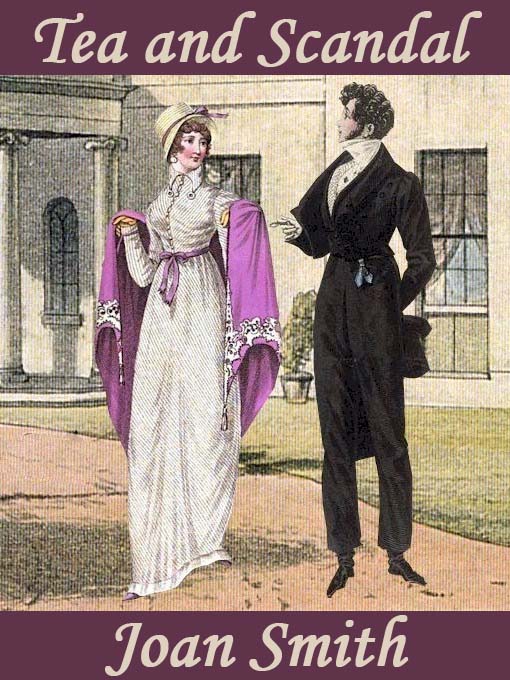 Jane Lonsdale leaned back against the velvet squabs of a well-sprung carriage and gazed out at the passing countryside. It was an unaccustomed luxury for her to be traveling in a private carriage. On the other occasion she had visited her Aunt Fay at Wildercliffe, she had traveled on the stage. At that time, her aunt had been Lady Pargeter’s hired companion. Lady Pargeter had died since then. Fay was fortunate that Lord Pargeter had asked her to remain on as his housekeeper. As a working lady herself, Jane was intimately aware of the difficulty of finding a good position.

It was the circumstance of Jane
’
s taking a position at Miss Prism
’
s Academy for Young Ladies at Bath that had caused that former visit. As Jane had nowhere to go for Christmas, Fay had invited her to Wildercliffe, in the Cotswold Hills, less than a day
’
s drive away.

What would Aunt Fay think when she landed in with two trunks holding the sum total of her worldly possessions? Worse, what would Lord Pargeter think? He was a very toplofty gentleman. Aunt Fay
’
s letter could hardly have arrived more opportunely
—
on the very day Miss Prism turned her off. Jane
’
s cheeks flushed in shame to remember the dreadful moment when she had been caught in Mr. Fortini
’
s arms
—
and in a classroom, too, where a student might have come barging in at any moment.

Mr. Fortini was a passionate Italian. He had attacked her, but try telling Miss Prism that. Fortini, the visiting music master, was nothing but a lecher. He pestered all the female teachers. But Miss Prism had a tendre for him, and so it was the innocent victim who was punished by dismissal.

Jane glanced at her watch—4:00
P
.
M
. She should be at Wildercliffe within the hour. She gazed out at the passing scene. Limestone cottages nestled against the hillside, as if seeking shelter from the wind. It seemed everything was built of stone here in Cotswold country. Sheep dotted the fields, their lambs frolicking amongst them in this spring season. Silver streams flowed through the meadows. The idyllic surroundings took the sharp edge from Jane’s anxiety, but a heavy burden rested on her heart. It would be extremely difficult to find another position without a character reference from Miss Prism.

Forty-five minutes later, the carriage passed through the picturesque village of Bibury. Soon they left the main road and entered the park of Wildercliffe. This was Jane’s second visit, but she was surprised anew by the beauty and grandeur of the estate. Tantalizing glimpses of gray stone were visible through the scattered trees. Then the carriage turned the corner, and the house rose before her in all its splendor. It stood three stories high, with a row of statues along the roofline. On either end a lower wing extended, curving gracefully toward the rear. The pedimented doorway was fronted by a set of broad steps. Stone urns topped the stone banister posts.

The groom pulled up to the front of the house and opened the carriage door.

“
I shall go around to the rear with you and enter by the kitchen,
”
Jane said. That high stickler Lord Pargeter would not like his housekeeper
’
s guest to use the main entrance.

“
Lady Pargeter particularly said I should bring you to the front door, madam,
”
the groom said.

“
Lady Pargeter!
”
It seemed his lordship had remarried. Fay had not mentioned it in her letter. He had not waited long! His first wife had only been dead eight months. The new wife sounded an extremely obliging lady, allowing her housekeeper
’
s guest to use the front door!

Jane mounted the broad staircase. Before she could knock, the carved oaken door was opened by the stiff-faced butler.

“
Welcome to Wildercliffe, Miss Lonsdale,
”
Broome said, and ushered her in.
“
I shall announce you.
”

Jane said,
“
Oh, that is not necessary, Broome. If you will just take me to Miss Rampling
’
s quarters, I believe she is expecting me.
”
She felt uneasy in the baroque magnificence of a pink marbled floor spreading around her like a gleaming pond, and a massive chandelier hanging overhead.

The smile that twisted Broome
’
s lips looked far from at home there. He bowed and walked to the wide doorway that pierced the wall on the left. It gave a glimpse of the long Blue Saloon beyond. Corners of marble fireplaces, gilt-framed pictures, and sofas were to be seen, but not Lady Pargeter.

“
Miss Lonsdale has arrived, your ladyship,
”
he announced.

Jane wished she could hide behind the six-foot Chinese vase in the corner, or turn to marble like the statues in the hall. She mentally prepared her apologies.
“
Some misunderstanding, your ladyship
—”

“
Well, show her in, Broome,
”
a haughty voice said. The voice sounded vaguely familiar, yet Jane knew no one who spoke with such self-consequence except Miss Prism, and certainly Miss Prism was not Lady Pargeter.

Broome ushered Jane in. Her eyes turned to the chaise longue by the grate, where a well-padded lady of a certain age, dressed in a deep blue velvet gown with a trailing skirt, reclined at her ease. Her blond hair was arranged in a crown of curls. At her wrist, a sapphire and diamond bracelet twinkled.

“
Come and give your old auntie a kiss, Jane,
”
she said.

“
You can call me Lady Pargeter. I married him.
”

For a full thirty seconds, Jane was speechless. Fay had always been a great jokesmith, but this was going too far. Lord Pargeter might appear at any moment, and with his hot temper, he would send them both packing.

“
Come and have a seat, dear,
”
Fay said, sitting up and patting the chaise longue.
“
You look like a ghost.
”

Jane managed to make it to the chaise longue. Fay handed her a glass of wine, saying,
“
Drink this down. It
’
ll put the roses back in your cheeks. I didn
’
t mean to give you a turn. I should have told you. I was saving it for a surprise.
”

“
But it cannot be true. Lord Pargeter married to you? He always called you Rampling in that odious
way and treated you like a servant."

"That was before Lizzie died. His grief softened
him up."

"Lady Pargeter has only been dead eight
months."

"Aye, we did rush it somewhat, but then, Par
geter was no longer young. There was some talk hi
the neighborhood when I stayed on as housekeeper,
you see. No reason there should have been. It was
all aboveboard, but Pargeter was lonesome, and we
spent a good bit of time together. Our neighbor,
Lord Malton, tipped Harold the clue we were caus
ing a scandal. Said he must either marry me or
turn me off. So Harold offered, and I accepted. I'd be a fool not to, eh?"

"Surely Lord Pargeter is too old for that sort of
scandal."

"He was seventy-two when I married him."

"And you only forty-one! Why did you not tell me
you were getting married?"

"Being in mourning, we did it up quietly. And,
my dear, to tell the truth, I was ashamed of myself,
for there was a deal of talk in the neighborhood. I
meant to write to you, but then Harold took ill, and
I was fully occupied with that."

"Oh no, I buried him two months ago," she said
blandly.

"Oh, I am sorry," Jane said uncertainly. Her un
certainty was caused by the lack of any show of sor
row in the widow.

Fay nodded. "It was not a love match, but I miss
the old scoundrel. If I had ever dreamed I would
have to face all this alone, I doubt I would have
agreed to his terms."

"Fine lords and ladies always have strings at
tached to their contracts, including marriage. I
agreed to remain in residence until—well, for a
long time, so I am stuck with it. The fact is, the
neighbors have sent me to Jericho. No one calls. I
am alone, rattling around in this great house with
only the servants to talk to. I want you to be my
companion."

"It is fate," Jane said, and rose to throw her arms
around her aunt. "I have my trunks with me."

"Excellent! But what were you up to, minx, that they turned you off?"

Jane explained the situation. "And is it really
true I will never have to teach again? It's like a
dream."

"It's pleasant here, but it's not all
a
bed of roses."

Jane looked around at the magnificent surround
ings, at her aunt's lavish gown and jewelry, and
said, "If this is not a bed of roses, I should like to
know what is." With Lord Pargeter gone, there was
nothing left to wish for in her new home.

"Roses have thorns, Jane. The particular thorn
that bedevils me is Lady Sykes, and what business it is of hers, I should like to know. She is only a
connection of Pargeter's. He didn't even bother to
notify her of our marriage, but as soon as she
learned of his death, she came pelting down, ex
pecting to inherit Wildercliffe, for it was not entailed."

"She is some kin to the Pargeters, you say?"

"She is nobody; her papa was a yeoman farmer.
She married Pargeter's cousin, Sir James Sykes.
Sir James is dead. It is her son that she hoped to see the heir. The more fool she! Pargeter loathed Nigel.
”

“
Lady Sykes cannot upset the apple cart. You are genteel. I mean there was nothing irregular in the marriage, was there?
”

Lady Pargeter
’
s fingers plucked nervously at the velvet of her skirt.
“
Only the irregularity of Harold marrying his housekeeper. It is irregular, but not illegal. She hasn
’
t a leg to stand on, and so I told her.
”

“
She will soon tire of pestering you and go away.
”

“
The woman sticks like a barnacle. She is turning the neighborhood against me. She has been billeting herself on Swann for a month, and has hired a lawyer to try to frighten me into submission.
”

“
He was Lizzie
’
s cousin
—
Lady Pargeter, you know. She was a Swann before marriage, but she was also kin to Pargeter. You know how these noble families are. Scawen Swann gave me no trouble at all. He is an easygoing sort of fool. Anyhow, I am all alone here, and want you to stay with me until
—
well, for as long as it suits you. Will you do it, Jane? You are the only relative I have in the world.
”

“
With pleasure, but I can
’
t help you with Lady Sykes. I know nothing of the law. Why do you not hire a lawyer?
”

“Not necessary. Pargeter was as clever as can stare. She’ll not break the will. I shall hire a lawyer if it comes to a court case. Thus far Lady Sykes is only threatening, and trying to work up a case against me. I would not give her the satisfaction to think I take her seriously. But enough of my troubles. Now let us discuss the happier side of my situation. I was left very well to grass, you must know.
”

“
Fifty thousand, on top of the estate, and a handsome income as well from the tenant farms. All mine for life.
”

“
Yes,
”
Fay said, and immediately changed the subject.
“
Naturally I shall pay you.
”

Ruthless by Steven F. Freeman
So Feral! by J A Mawter
Riley’s Billionaire by Cole, Sunny
The Vicar of Wakefield by Oliver Goldsmith
Judith Krantz by Dazzle
The Australian by Diana Palmer
Motherlove by Thorne Moore
One Texas Cowboy Too Many (Burnt Boot, Texas) by Carolyn Brown
One Half from the East by Nadia Hashimi
Significance by Jo Mazelis