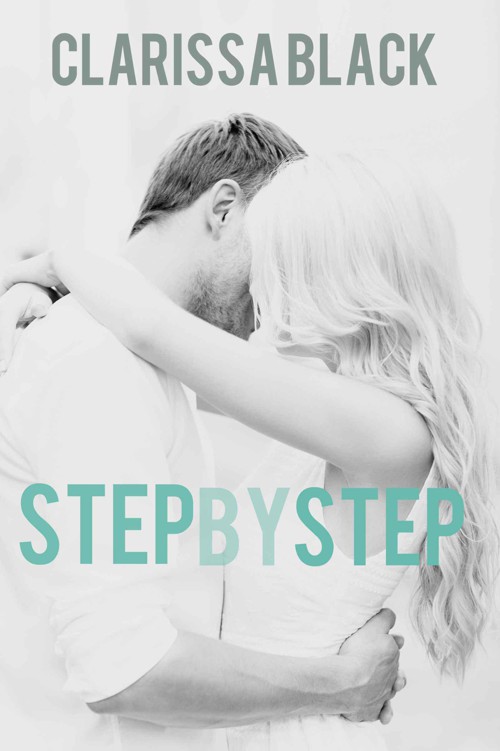 
All rights reserved. No part of this book may be reproduced
or transmitted in any form without written permission from the publisher or
author. If you are reading this book and you have not purchased it or received
an advanced copy directly from the author, this book has been pirated.


This is a work of fiction. Names, characters, places, and
incidents either are the product of the author’s imagination or, if an actual
place, are used fictitiously and any resemblance to actual persons, living or
dead, business establishments, events, or locales is entirely coincidental. The
publisher does not have any control and does not assume any responsibility for
author or third-party websites or their content.

OTHER BOOKS BY CLARISSA
BLACK

Preston
Woodfield
is a self-made man with a scar-tissue heart and a relentless obsession with
perfection. When intern Mirabelle Baker walks into his advertising agency and
outshines even his most seasoned executives, he’s instantly pulled to her and
takes her on as his personal protégé. Never mind the fact that he can think of
nothing else besides screwing her brains out every time he’s within two feet of
her.

But there’s a catch. Mirabelle isn’t just
some college intern. Once upon a time, only a mere decade ago, she used to be
his kid stepsister. Gone are the braces, chubby cheeks, and pimpled skin.
Standing before him is a woman, a undeniably beautiful woman, with whip smart drive
and fearless ambition that could drive a man like Preston wild and turn his
entire world upside down. And that’s exactly what Mirabelle intends to do.

Seven credits. That was all that was
standing between me and hanging that marketing degree on my wall. For four
years I worked my ass off. While all my friends were going to frat parties and
concerts and bar hopping in campus town, I was holed up in my dorm room doing
final edits on term papers and studying for my next exam.

My hard work and determination had paid
off the second I found out I’d landed the internship at the prestigious
Woodfield
and
Halston
advertising
agency in Manhattan. Not only was it THEE place to intern if you wanted a
chance at landing a job in this career field after graduation, but
it was owned by my former stepbrother, Preston
Woodfield
,
and I hadn’t seen him in over ten years.

For weeks I agonized over what I was
going to wear that first day. I wanted to make a great impression. I wanted to
blow them all out of the water and show them what a ball busting protégé I was,
especially Preston. He was a good seven years older than me, and all I
remembered was what a jerk he used to be to me. The thirteen year old me
secretly thought he was a dreamboat. I wanted him to like me.
To pay attention to me.
To tell me I was cool or pretty or
whatever. But the twenty-year old know-it-all who only came home during college
breaks had no time for me. He never did. My mom’s marriage to his dad only
lasted but a year or two, but I never forgot him or the way he made me notice
boys for the first time. Something about him stirred an awakening deep inside
me, and I was never the same after him.

One semester at
Woodfield
and
Halston
, sixteen weeks, and I’d be walking across
the stage at Southern Georgia State University at the top of my class.

“Mirabelle Baker,” I said in my sweet,
southern drawl as I approached the desk of the firm. The clock on the wall read
7:45, and I quietly reveled in the fact that I was early. Mirabelle Baker was
nothing if not punctual. “I’m reporting for my internship.”

My lips parted into a polite
smile
as the lady at the desk looked me up and down before
picking up her phone. I stood with my hands folded and my black, leather
satchel hanging off my shoulder as I patiently waited for her to direct me.

“You’re going to be shadowing Monica
today,” she said. “Fourth floor. Turn left off the elevator. Her office is the
fifth one on the right.”

“Thanks so much,” I said before heading
off towards the bay of elevators. Excitement coursed through my veins in the
form of nervous butterflies and sweaty palms. Full of adrenaline and ambition,
I couldn’t wait to jump in and get my hands dirty. I’d learned so much at
Southern Georgia State and applying those things in the real world was just
moments away.

“Knock, knock,” I said in a
sing-song
voice as I rapped on Monica’s office door a short
time later.

The chair spun around to reveal an aging blonde
with lips the color of ripe cherries and thick-rimmed glasses covering her
crystal blue, crows feet-flanked eyes. At first glance, she seemed nice and
approachable. And then she spoke.

“Can I help you?” she said in a monotone
voice, as she looked me up and down. A long strand of pearls dangled from her
neck and pooled on the desk beneath her.

I tugged on my white button-down blouse.
I was sure I’d ironed out each and every wrinkle the night before, but she was
suddenly making me
doubt
myself for a second. I
smoothed my hands along my navy pencil skirt before returning them to my sides.

She squinted her eyes and looked down at
her calendar, which was hidden under a mess of paperwork. “Oh, yeah. That’s
today.”

I lingered in the doorway until she
finally motioned for me to come in. I pulled a chair out from the front of her
desk and took a seat.

She pulled her glasses off and rubbed her
eyes. It wasn’t even eight in the morning, and she was already exhausted. By
the looks of the bags hanging under her eyes, she’d likely pulled an all-nighter.

“Southern Georgia State,” I said with a
proud wink. “Majoring in Advertising with dual minors in Marketing and
Psychology. Should graduate this spring. I just have to say, I’m so exited to
be here. This was my dream internship and -”

“Yeah, good, okay,” she said as she
interrupted me. “You can just, um, shadow me and get a feel for what I do for
the first few weeks. We can play it by ear from there.”

I sunk back a little in my chair,
disappointed. “I kind of hoped I could dive in head first. I have a lot of
great ideas, and -”

“Ha,” she chuckled. “You and every other
intern here this semester. You know there are fifteen of you?”

“Actually,” she said as she glanced down
at her watch. “I think there’s some sort of intern orientation going on right
now that you’re required to attend.”

Panic seared through me. “No one told me
that either.”

I’d always prided myself in never missing
a thing, never being late, and never being out of the loop. I quietly chided
myself for missing out on the orientation memo. I slipped my purse around my
shoulder and stood up to leave.

“Where are you going?” Monica asked with
one raised eyebrow.

“To see where the orientation is,” I
replied. I tugged one strand of my flat ironed, ashy blonde hair behind my ear.
“I shouldn’t miss it.”

Monica pinched her face, seeming almost
frustrated that I couldn’t read her mind. “Nah, sit back down. Those things are
stupid anyway. You’re with me. You’ll be fine.”

I slowly retreated back to my seat and
waited for her to make the next move. As she rifled through mountains of
paperwork that surrounded her, I couldn’t help but notice the pictures lining
the console behind her desk. Family portraits revealing a younger Monica with
small children filled the space, and judging by her teased bangs and shoulder
pads, those pictures were woefully outdated. I imagined her children were
grown, and judging by the lack of a ring on her left hand, her husband was
probably long gone too. She was clearly married to her job and that was
something no man could ever compete with.

Aftermath by Jaci Burton
Hannibal Rising by Thomas Harris
Archangel's Legion by Nalini Singh
In Ghostly Company (Tales of Mystery & The Supernatural) by Amyas Northcote, David Stuart Davies
Who I'm Not by Ted Staunton
Through Gypsy Eyes by Killarney Sheffield
The Facilitator by Sahara Kelly
My Lost Daughter by Nancy Taylor Rosenberg
Taking the Fall by Monday, Laney
BLINDFOLD by Lyndon Stacey