Read A Man Above Reproach Online

A Man Above Reproach 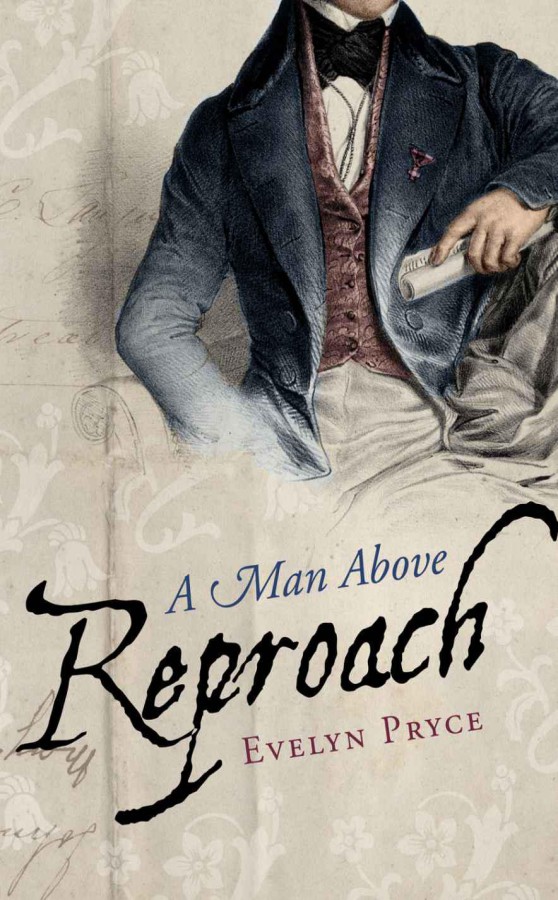 In 1830s London, scandalized whispers surround the pub known as The Sleeping Dove. A hidden bordello, the rumors say, catering to straying nobles eager to shed the trappings of their stations.

Josephine Grant knows the rumors are true - she plays piano at the Dove, known only as "The Bawdy Bluestocking" to the pub's faithful. Tales swirl as to her real origin: some patrons claim that she was an orphan prodigy, others go so far as to name her concubine to the King.

The society ladies call the reluctant Duke of Lennox
"The Uncatchable,"
not that he cares for them or their nicknames. Elias Addison's estate was thrust upon him when his father died and it has been little else but a burden. He spends his days mired in responsibilities and his nights pursued at endless balls by fortune-hunting debutantes. He is a man whose precedes him: morose, serious, and tense.

When a friend brings him to the Sleeping Dove in an attempt to lighten his mood, the consequences of those good intentions are far greater. When the Duke of Lennox finds himself at the Bawdy Bluestocking's piano, they begin to play a dangerous melody.

Though Elias cannot resist courting Josie, she has a past to protect, a shaky future, and no time for frivolous nobility with soft hands.
When the Duke uncovers the truth, will he wish he had never begun the tune?

All rights reserved.
No part of this book may be reproduced, or stored in a retrieval system, or transmitted in any form or by any means, electronic, mechanical, photocopying, recording, or otherwise, without express written permission of the publisher.

To my husband, Stephen M. Foland, a rare and true man above reproach.

The table shook, rattling the gentlemen’s glasses. The culprit of the minor earthquake was Elias Addison, the newly minted and reluctant Duke of Lennox, who was having trouble fulfilling his friend’s request to “relax and try to be merry.” Nicholas had dragged him to the Sleeping Dove, but Elias could not stop the restless shuffling of his feet as worries and lists ran through his mind.

“Are you nervous, Lennox?”

Elias turned his eyes to Lord Nicholas Thackeray, the heir presumptive to the Marquess of Bristol and his closest friend. Since attending school together, they had been inseparable, for better or worse. Elias often thought Nicholas encouraged him into too many excessive debauches, though his friend would insist they were “adventures.” Once Elias had inherited the title, he had become a difficult man to wrest from his estate. His mood was black and his conversation no better. He thought constantly about the responsibilities that had been dumped into his lap, debts and all. It was not as if he were ill-prepared, but he had half-expected his father to live forever. Between funeral arrangements, creditors, and the great disorganized volume of paper in his father’s study, Elias found his taste for pleasures distinctly dulled. His listlessness was the reason that Nicholas had insisted he accompany him to the club in Covent Garden, known for its mysterious back rooms.

“I guarantee we will find distraction here,” Nicholas continued, without waiting for an answer to his question. “The servants and accounting books at Ashworth will still be waiting for you in the
morning, but they will disappear from your mind at the first sight of the women here, old boy.”

Old boy, indeed
, Elias thought to himself. He was thirty-one, and his mother did not hesitate to remind him that she would be more than willing to take up residence at the dowager house if it meant that he married. The question of an heir was even more pressing now that he possessed the Lennox title. Yet he just could not imagine a lifetime with any of the simpering misses he was forced to dance with at every exhausting ball, those debutantes with one eye on his fortune and the other on the word “duchess.” Did they care that he was a deft hand at the pianoforte and rather enjoyed the way the light leaked out of the windows in his library every evening? Did they care that before his father died, he had been considering leaving court for good to take up a professorship? Did they care that he hated shooting, but he did it anyway, merely because it was considered a gentlemanly activity? Did they care that he never let his valet tie his cravat, as a secret point of pride?

He was quite sure they did not.

Nicholas snapped him out of reverie by standing and handing him a plain black half-face mask as if it were a secret document. Men all around were slipping away, toward a hallway in the back of the tavern, the very one Nicholas was sneaking glances toward in an expectant fervor.

“You will need to put on the mask once we reach that hallway; Mother Superior does not allow gentlemen to show their faces. Something to be said about efforts made to keep the peers’ predilections private.” He grinned, pleased with his alliteration.

“It seems ridiculous to me,” Elias said, looking down at the mask, “since you can tell who is who, in any case.”

“Play along, Elias.” Nicholas sounded exasperated, and that finally pulled a tiny smile onto Elias’s face. It was amusing when Nicholas called him by his Christian name in public and he knew it was
employed to make a point. He followed along behind his friend, hoping the Sleeping Dove at least had some good brandy.

Once in the hallway, he pulled the mask over his head, mussing his hair even further than it already had been. He had let it grow too long, he admitted, but it was not yet disrespectable. Now that he was the duke, no one would dare tell him that he was wrong. It had become almost a game to him, to test the boundaries. Breaking little society rules was the only joy he had in recent memory.

They joined the line in the cramped hallway. The Sleeping Dove had become a popular attraction. Nicholas had mentioned earlier that the gossips claimed Mother Superior’s den was a breeding ground for the best ladybirds, some of whom eventually became high-priced mistresses. Not that Elias was looking for a mistress. He thought his peers did despicable deeds simply out of abundance and boredom. His father had been such a man. They let their estates run into ruin while they occupied themselves in the pursuits of momentary satisfaction. They strained against the strict rules of society, which made no allowance for their appetites, and they needed places such as this where the patronesses and wives did not exist. There was a part of Elias that understood this intimately and another part that felt disgust. The latter part began to grow upon looking at his father’s bookkeeping and wondering where a large chunk of his and his sister’s inheritance had gone.

A cloud of noxious perfume washed over him as a buxom woman wove her way to the front of the line.

“That is Mother Superior,” Nicholas whispered like a conspirator. “She’s the one who has charge of all of the girls. If she likes you, you will want for nothing. But of course, you are a duke now, and everyone likes you.”

Elias snorted through the preposterous mask and tried in vain to smooth his hair. Strands of it were tangled in the string of the mask
now, threatening to knot. The damned thing worsened his derisive expression, instead of obscuring it.

“I am having second thoughts about this, Thackeray.”

“Nonsense.” Nicholas was now so excited that he was barely paying attention to Elias, bouncing up and down on his heels, verging on the idiotic. “Believe me. You will be grateful once we’re inside. Have I ever steered you wrong before?”

A murmur of anticipation went through the line of men as the doors to the back room opened. A mix of alcohol and sweat hit Elias’s nostrils, which flared in protest. He would have to slip out of the brothel undetected to avoid getting an earful from Nicholas. That was not a fate he would enjoy—Nicholas was impossible to argue with. It would be better to just stay for at least a quarter hour and have a drink. Ladies were not very high on his list of priorities, but the liquor would be appreciated.

Mother Superior appraised Elias as he tried to slip unobtrusively through the doors. She put an arm across the entrance with a saucy flair. The madam of the brothel bore every resemblance to a dishrag: flat, limp hair and a soiled gingham apron over a muslin dress past its prime. She even looked a bit damp. Her shrewd green eyes appraised them as she blocked the door. Elias would have put her age at sixty, but her cracked makeup was trying to hide the truth.

Elias felt his nose wrinkle at the informal way she addressed Nicholas. Then again, Nicholas was a regular visitor and he must have given her permission.

“Yes, not that it is your concern,” Elias replied, pressing his lips together. He had been told he had a cruel mouth, which he used to his advantage when he could. He didn’t care if the madam knew his identity; he didn’t plan on doing anything untoward and he wanted
this woman to know exactly who she was dealing with. “The Duke of Lennox.”

“Your Grace,” she said, dipping into a deep curtsy that better displayed her bosom. “Forgive me. Welcome. I will make sure you have first choice of the company of our fine ladies this evening.”

He bowed slightly in acknowledgement but felt sickened by both the groveling and the swelling of her chest, barely kept in place by her gown. Overripe. He began counting the minutes before he could leave unnoticed. His eyes searched the crowd for Nicholas, who had already deserted him for gentler company. Elias could see him across the room, bantering with a scantily clad beauty in all red. Her elaborate mask was covered in feathers and beads of the same color.