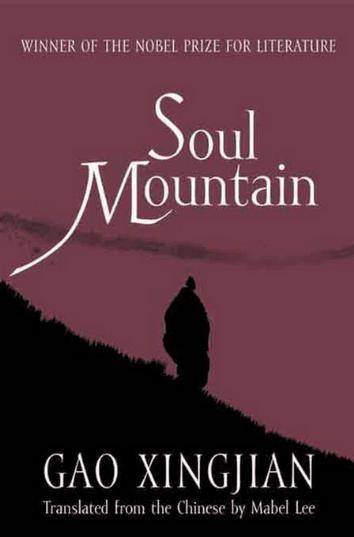 “Chinese literature [of the future] will have to contend with the creative energy and the daring of Gao Xingjian.”

“It is a relief to come to a book that celebrates the pleasures of literature with such gusto and knowingness.”

“His largest and perhaps most personal work ...Gao has created a sui generis work, one that, in combining story, reminiscence, meditation and journalism, warily comes to terms with the shocks of both Maoism and capitalism.” 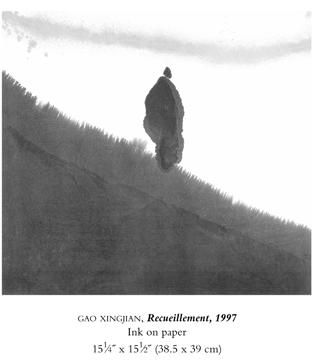 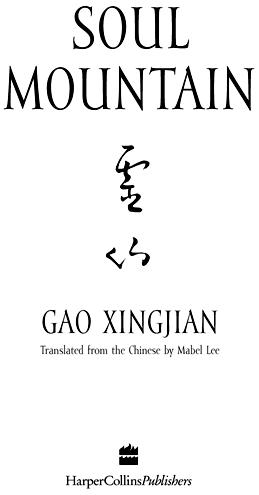 This is a work of fiction. Names, characters, places and incidents either are the products of the author's imagination or are used fictitiously. Any resemblance to actual events, locales, organizations, or persons, living or dead, is entirely coincidental and beyond the intent of either the author or the publisher.

SOUL MOUNTAIN. Copyright (c) 1990 by Gao Xingjian. English translation copyright (c) 2000 by Mabel Lee. All rights reserved. No part of this book may be used or reproduced in any manner whatsoever without written permission except in the case of brief quotations embodied in critical articles and reviews.

THE CASE FOR LITERATURE by Gao Xingjian. Copyright (c) 2000 by The Nobel Foundation.

Gao Xingjian asserts the moral right to be identified as the author of this work.

Print edition first published as
Lingshan
in Taiwan in 1990 by Lianjing Chubanshe.

Gao Xingjian was born on 4 January 1940 in war-torn China soon after the beginning of the Japanese invasion. He completed secondary and tertiary studies in the People’s Republic of China (established in 1949 after the Communist victory in the civil war against the Nationalists), graduating with a major in French from the Beijing Foreign Languages Institute in 1962. Gao Xingjian came to national and international prominence as a writer and critic during the early 1980s for his experimental works of drama, fiction and theory that contravened the guidelines established by the ideologues of the Chinese Communist Party. At the time, China was just beginning to emerge from the throes of the Cultural Revolution (1966–1976), a decade during which the self of the individual was virtually annihilated from intellectual and creative activities. Basic human instincts, sensitivities, thinking, perceptions and judgements were repressed and stunted, and extreme forms of socialist-realist and romantic-revolutionary representations of reality became the compulsory basis of all creative endeavours: literature and the arts therefore became representations of a distorted reality.

The end of the Cultural Revolution and the implementation of considerably more liberal policies meant that Gao Xingjian was able to publish, despite continuing aftershocks from those times. It also meant that he was able to travel abroad as a member of two writers’ delegations – in 1979 to France, and in 1980 to Italy. From 1980 to 1987, he published short stories, novellas, critical essays and plays in various literary journals, as well as four books:
A Preliminary Discussion of the Art of Modern Fiction
(1981), a novella
A Pigeon Called Red Beak
(1985),
Collected Plays of Gao Xingjian
(1985), and
In Search of a Modern Form of Dramatic Representation
(1987). In addition, three of his plays were staged at the Beijing People’s Art Theatre:
Absolute Signal
(1982),
Bus Stop
(1983) and
Wild Man
(1985). However, events in Gao Xingjian’s life during those few years made him resolve to fully commit himself to the creative expression of his own reality, and no authority other than that of his self would again be allowed to dictate his judgements of that reality.

In 1987, when Gao Xingjian left China to take up a D.A.A.D fellowship in Germany, he did not intend to return. He had taken with him the most important thing in his life: the manuscript of a novel he had begun in Beijing in the summer of 1982. This novel was
Lingshan
which he subsequently completed in September 1989 in Paris (where he now resides and has French citizenship) and published in Taipei in 1990. Göran Malmqvist, whose translations of ten of Gao Xingjian’s plays were published as a set by the Swedish Royal Dramatic Theatre in 1994, published the Swedish version of the novel as
Andarnas berg
, in 1992; and Noël and Liliane Dutrait’s French version,
La Montagne de l’âme
, was published in 1995. For the English version, the title
Soul Mountain
has been used.

Soul Mountain
is a literary response to the devastation of the self of the individual by the primitive human urge for the warmth and security of an other, or others, in other words by socialized life. The existence of an other resolves the problem of loneliness but brings with it anxieties for the individual, for inherent in any relationship is, inevitably, some form of power struggle. This is the existential dilemma confronting the individual, in relationships with parents, partners, family, friends and larger collective groups. Human history abounds with cases of the individual being induced by force or ideological persuasion to submit to the power of the collective; the surrender of the self to the collective eventually becomes habit, norm convention and tradition, and this phenomenon is not unique to any one culture.

In traditional China, the philosophy of Confucius was developed into an autocratic ideology alongside infrastructures that allowed it to permeate all levels of society, and the individual after birth was conditioned to be subservient to a clearly defined hierarchy of authorities. Unless intent on challenging those authorities and facing the consequences, nonconformists had the possibility of living the life of the recluse or taking temporary or long-term refuge in Buddhist monasteries or Daoist retreats, although as institutionalized orders, they too constitute collectives. Alternatively, the nonconformist could remain in conventional society and survive by feigning madness or could achieve freedom, transcendence and self-realization in literary and artistic creation. However, these options were gradually eroded in China from the early years of the twentieth century as self-sacrifice was promoted first in the name of patriotism and then also in the name of the communist revolution which promised equality and social justice. Self-sacrifice became an entrenched habit that facilitated, aided and abetted the extremes of social conformity demanded by the Cultural Revolution which was engineered by sophisticated modern strategies for ideological control. Writers and artists for whom creation was the expression of the self were relentlessly and effectively silenced.