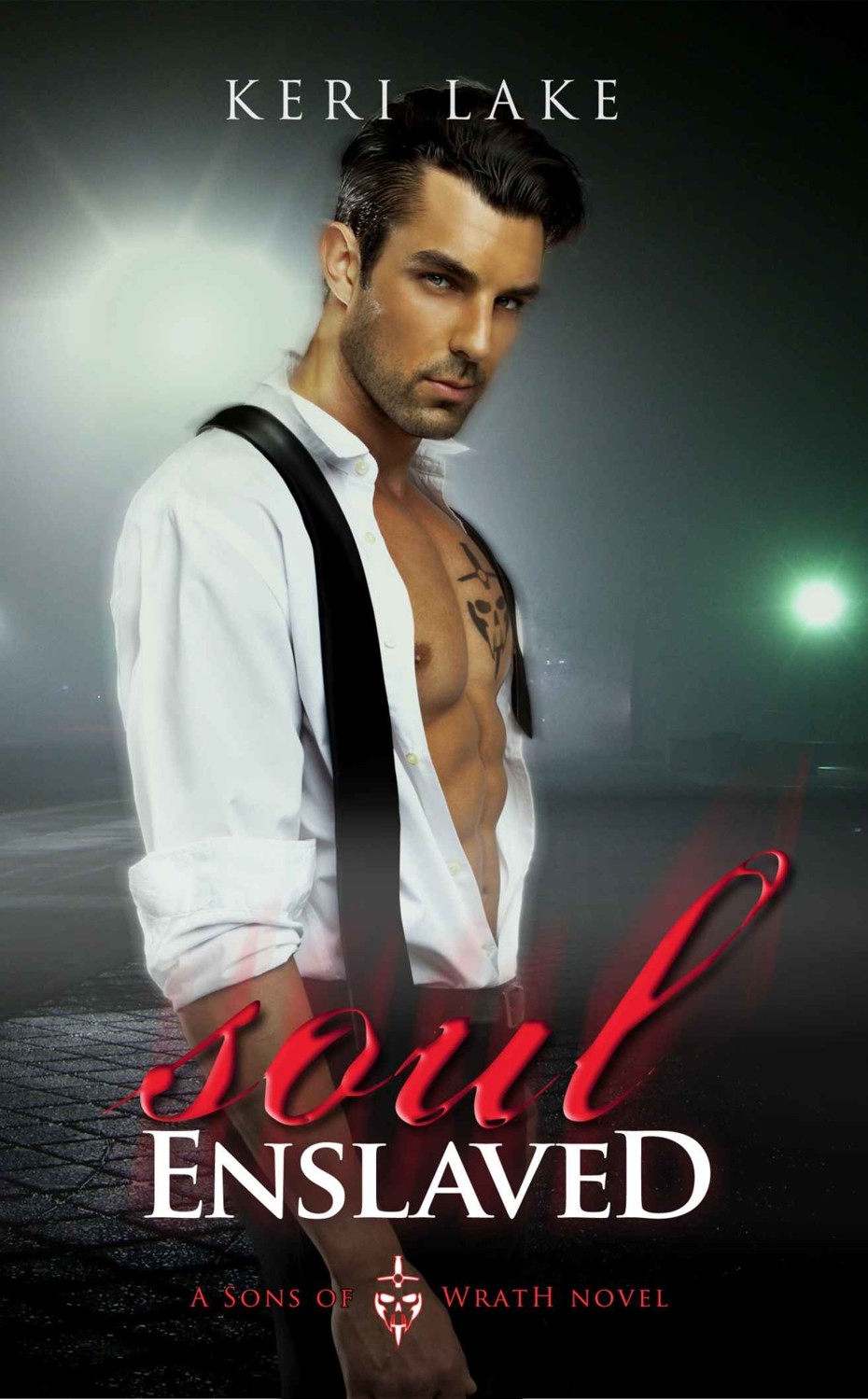 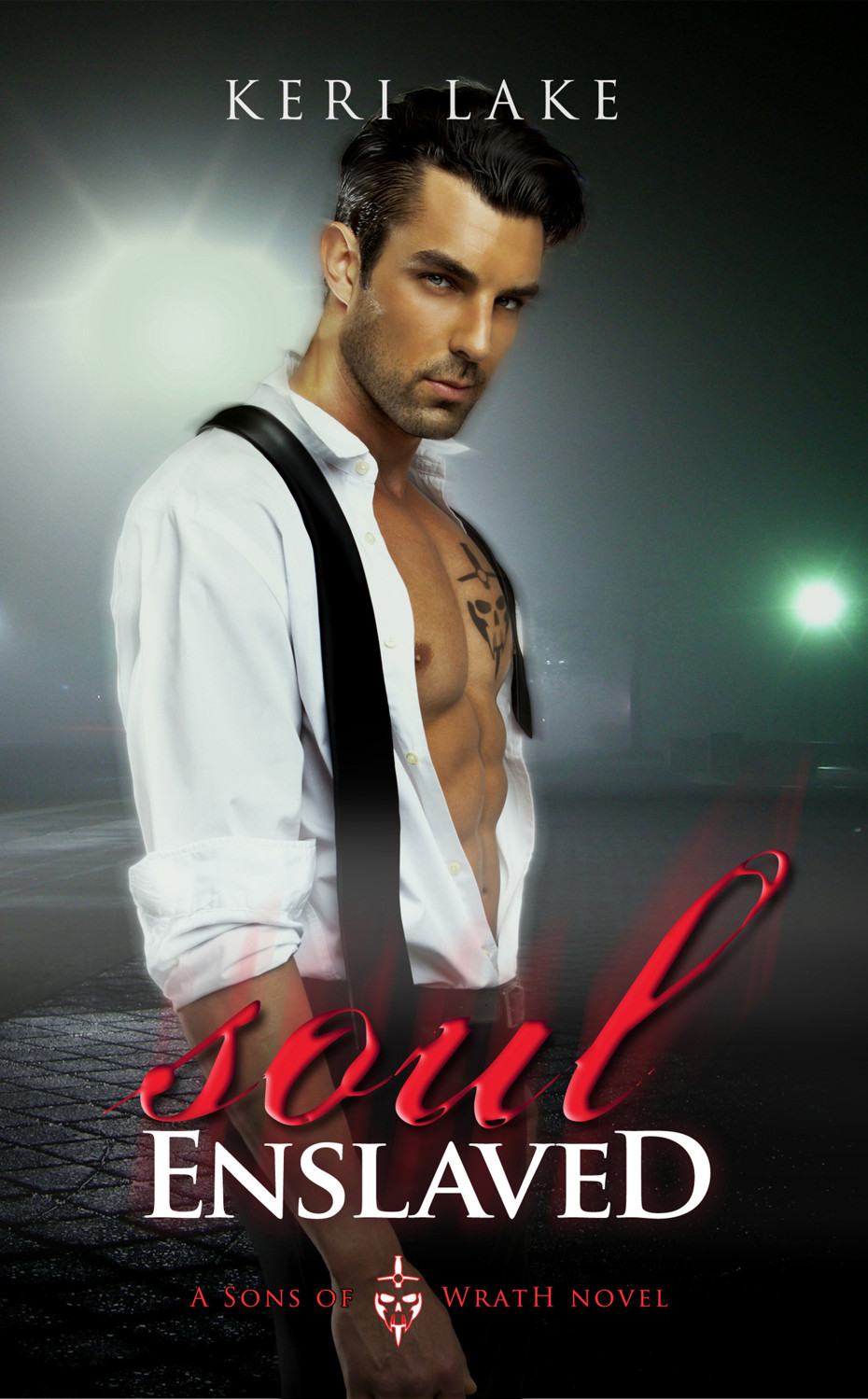 A SONS OF WRATH NOVEL

AUTHOR’S NOTE This book is a work of fiction. Names, characters, places and incidents are products of the author’s imagination or are used fictitiously. Any resemblance to actual events or locales or persons, living or dead, is entirely coincidental.

The scanning, uploading and distribution of this book via the Internet or any other means without the permission of the publisher is illegal and punishable by law. Please purchase only authorized electronic editions, and do not participate in or encourage electronic piracy of copyrighted materials. Your support of the author’s rights is appreciated.

Photo of Detroit by
Curtis McGuire

“Keri Lake’s “Soul Avenged” is an action-packed, fast-paced, emotional roller-coaster that will have you begging for more.” -
Book Lovin’ Mamas

“It’s truly a treat to grab up an indie author’s work only to find out that you’ve come across an amazing writing talent, and that’s exactly what happened when I read this first installment of Keri Lake’s Sons of Wrath series.” -
The Autumn Review

“
It was a beautiful romance but there was so much more. The Lycans, the Alexi, Ayden’s past and her vengeance... all is related and it is so good! The fight scenes with the Lycans were giant!” –
The Darkest Reader

“Soul Avenged is an impeccable start to the Sons of Wrath series. Ms. Lake’s world of evil Lycans, sexy demons, twisted villain and a kick ass heroine had me turn the pages nonstop.” -
Under the Covers Book Blog

“Paranormal romance is my absolute favorite genre and this is a prime example of why I read it. This book has it all: very hot vengeance dealing demon brothers, a very hot sexy Lycan and a death dealing kick butt heroine.” -
The Jeep Diva

“A fierce heroine, a forbidden romance and non-stop action…a must read for urban fantasy lovers!” -
Romancing the Dark Side

“
This was one of the BEST paranormal fantasy reads I have read in a long time! … The book hits the ground running, full sprint. There is no lead up, Keri Lake just drops you into the middle of the action and makes you say to yourself, “Yeeeesss!” –
A TiffyFit’s Reading Corner

“What I am really loving about these books is that
Keri Lake
has managed to successfully combine Urban Fantasy and Paranormal Romance. We get the dark, gritty, fast-paced action and intricate plot of UF and combined it with a heart-wrenching, yet smoldering romance. HOTNESS!!” -
Book Soulmates

“The ratings don’t lie, Soul Avenged and Soul Resurrected are delectable chunks of PNR/UF goodness you’ll be crazy not get your hands on.” -
Talk Supe Blog

“
Soul Resurrected
is dark, raw and, at times downright gruesome while somehow also succeeding at being smokin’ hot; an unlikely combination that works for Keri Lake … The world-building and dark tone continues to be the shining stars of this series; their uniqueness and brilliance are what keeps me coming back for more.” -
Rabid Reads

“The world building is really well done and this book adds a lot from the demon perspective, although I am still hungry for more.” -
Lola’s Reviews

“I definitely recommend Lake’s
Sons of Wrath
books if you want to read a great paranormal book, a story that has its twist and turns, and with a load of action and hotness!!” –
Hook Me Up Book Blog

“I have been waiting for
Soul Resurrected
since I read
Soul Avenged
nine months ago. Keri Lake’s Sons of Wrath series is definitely on my auto-buy list, and for fans of PNR and UF, it should be on yours, too!” -
That’s What I’m Talking About

We loved with a love that was more than love.
-Edgar Allan Poe

This book is dedicated to the strongest, most amazing woman in my life. My mother. It’s no surprise that I tend to write badass females in my stories.
I was raised by one.

Abyzz:
A potent, hallucinogenic drug of the demon realm; dangerous to humans

Aecorisz Demon:
Demons with red skin tone and horns resembling those of a bull.

Alexi
: An army of soldiers bred to slay lycans

Alterrealm:
An opening that allows access from the human realm to the demon world.

Amec
: An intense emotion, stronger than human love, of deep affection and loyalty

Brozszius
: A demon advocate for prisoners of Obsidius, willing to endure half the punishment

Cartazmus:
An ancient book of demon history, which resides within a crypt in Orcosia

Casting
: Energy given off by an aroused succubus.

Catatones
: Ghouls who inhabit the catacombs of the Wrath Demon manor; guards

Demortis
: The metal of the gods; the only known element that can kill a demon; not commonly found in the human realm

Enforcers
: Bounty hunters of the underworld

Flowerbomb
: A term used by the succubi to describe the first orgasm with a victim.

Gambis Demons
: Demons whose most notable talents are thieving and gossip

Guardians
: Fierce angels of the heavens who protect humans.

House of Bereavement
: A tomb for the grieving; found in the underworld; demons call it Mortuadium.

Imprinting
: The transfer of a victim’s memory to another following a lycan bite.

Incubi
: Breed of male demon that feeds off sexual energy; they have the power to erase short-term memory

Lamb
: The derogatory Alexi term for weak human beings (those who do not carry the antibody to lycan venom)

Lenovidus Demons
: Pimps assigned to succubi at a young age; collect souls for the underworld

Lycan
: A supernatural species that can take the form of any animal; most common form: wolves

Lywa Antibody
: A powerful concoction designed by biochemist, General Jackson Wade, which confers resistance to lycan venom after a bite

Nephilim
: Half Fallen-half human species known for violence and corruption.

Obsidius
: underworld prison for the damned

Optevyl:
The demon equivalent to the KKK. They believe in pure demon species.

Orcosia
: The underworld realm, otherwise known to humans as hell

Pureblood
: A lycan created as a result of natural birth as opposed to having been bitten.

Raptorzhus:
A bird, similar to a falcon, found in the underworld; symbol of the Optevyl.

Renoshza
: Sexual maturity of a succubus after her first orgasm with a victim.

Sanctuary
: A bar and casino in downtown Detroit owned by the Wrath Brothers

Sanctisz:
A plea of innocence

Sangexzha
: An ancient species of the underworld, extinct for centuries, with an appetite for blood

ScalWags
: Slug-like snacks of the underworld, often served with alcohol at supe bars.

Scelius Demon:
Violent breed of demon that roam in packs and pick up women to share among themselves

Semptresz
: A seamstress to royalty in the underworld

Sentinels
: The most violent angels in the heavens who hunt the Fallen.

Shine
: A hallucinogenic drug popular in the underground scene

Stygius:
The realm of absolute death for the damned.

Succubi
: Breed of female demon that feeds off sexual energy and, at one time, were bred as sex slaves to demon lords; often prostitutes; typically mother many children from different fathers; avoided by most male demons

Sudesz
: Suicide; a punishable crime of the underworld

Underground
: Parties held in the basements of abandoned buildings in Detroit

Verbrizh:
The most painful form of punishment in the underworld, carried out with a specialized whip designed to inflict severe injury.

Veneficiusz Demons
: Manipulative demons who can probe the mind for memories to use against a victim.

Wrath Demons
: Warriors of vengeance; sons of the demon prince, Wrath; punishers to those who’ve wronged; each specializes in a form of mental or physical pain