“Be silent and still, pretty one, something moves beyond us.” Sun Cloud knew what was ahead of them, but he had yielded to the temptation to feel Singing Wind within his arms and to see how she would react to his touch. When she trembled slightly, he bent his head forward and murmured in her ear, “Do not be afraid, little princess, I will guard you.”

Afraid,
Singing Wind’s mind echoed; the only thing which panicked her was her response to the man imprisoning her against the tree and breathing warm air into her ear each time he spoke in a voice which teased sensitively over her nerves.

Sun Cloud’s left hand slipped upward into her hair and admired its silky texture. Then, very slowly, his fingers moved back and forth over her lips as if they were extracting some magical potion from them. He could feel the heat between their bodies, and their mutual quiverings. He wanted her here and now.

Singing Wind’s senses were reeling from her mounting desire for him. She hungered to taste his lips, a craving which increased when he seductively moistened them.

Sun Cloud bent forward and did what he had dreamed many times; their lips meshed fiercely and they hugged tightly. They were lost in a beautiful dream world…

DON’T MISS ANY OF HER EXCEPTIONAL, EXHILARATING, EXCITING

Available wherever paperbacks are sold, or order direct from the Publisher. Send cover price plus 50¢ per copy for mailing and handling to Penguin USA, P.O. Box 999, c/o Dept. 17109, Bergenfield, NJ 07621. Residents of New York and Tennessee must include sales tax. DO NOT SEND CASH. 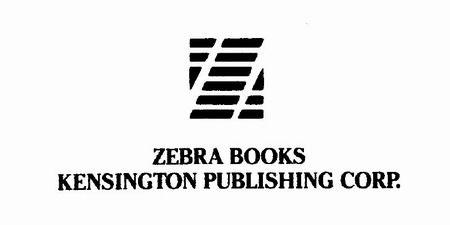 my friend, Charles Brewer, without whose help I would miss nearly every deadline…

the marvelous sales force at Simon & Schuster, with my gratitude for your hard work, support, and friendship.

and, as always: My love, respect, and deep appreciation for my friend, helper, and supporter Hiram C. Owen and for his people, the indomitable Sioux.

“To every thing there is a season,

And a time to every purpose under heaven:

…a time to be quiet; and a time to speak up;

And
bittersweet
are those times in which Fate intercedes, when all we seek is the blissful
ecstasy
of love and peace.

In 1776, while the conflict between the Whites and Indians was raging into a bitter war which would last for over one hundred years, a wagon train, led by Joe Kenny, brought nineteen-year-old Alisha Williams to the vast Dakota Territory. She was thrown into the perilous life of Gray Eagle, a Lakota Sioux warrior who fiercely defended his lands and people against the white invasion. For weeks, the English beauty doubted her survival and sanity at the hands of the legendary warrior who took her captive, but theirs became a love and passion too powerful and consuming to resist.

Tragically and greedily, the Whites refused to leave the Indians in peace or to honor their treaties with them. Months after her capture, Alisha was
rescued by
the cavalry, then forced to endure more anguish and perils from soldiers and settlers who felt it was better for a white woman to be tortured and slain rather than to survive Indian captivity. At the fort, Alisha met Lieutenant Jeffery Gordon and a half-breed scout named Powchutu: who desired her, who soon lost her to their mutual foe Gray Eagle, and who nearly destroyed her in their quests for revenge.

Kind fate and a bold Indian bluff returned Alisha to
the Oglala chiefs son. Disregarding his people’s resistance and dismay, especially the feelings of his promised one, Chela, who tried to slay the white girl who was stealing her place and love, Gray Eagle claimed Alisha as his own. After Alisha was alleged to be Shalee, the daughter of a white captive and a Blackfeet chief who had been kidnapped by whites and had been missing since age two, she was taken away from her captor and told to marry Black Cloud’s adopted son, Brave Bear. Given a path to honorable possession when his love was proclaimed Shalee, Gray Eagle fought a death challenge to obtain her return and hand in marriage. Having won, she was forced to “join” Gray Eagle in a marriage which entwined their destinies and sealed her false identity as Princess Shalee, a mistaken identity which she allowed to stand for many reasons. To prevent trouble in the Oglala camp, Gray Eagle gave Chela to Brave Bear as his wife, never imagining how many times and ways their paths and bloodlines would cross.

Shalee doubted Gray Eagle’s sudden claim of love; she was bewildered by his marriage to her; and she mistrusted his incredible acceptance of her as Black Cloud’s long-lost daughter, for he knew she was not the real Shalee. Confused and frightened, she was misled by her friend Powchutu, who had become as a brother to her during her tormenting sojourn at the fort. Powchutu tricked her into fleeing her new husband and into returning to St. Louis, where he hoped to win her for himself. Powchutu never told her that he had shot Gray Eagle in order for them to escape the Dakota Territory in the fall of 1776; she had departed believing Gray Eagle did not love her and that he wanted her dead, a mistake which cost the life of their unborn child and once again thrust her into the lives of Joe Kenny and Jeffery Gordon.

After she recovered from her miscarriage in Kenny’s cabin, Shalee and Powchutu reached St. Louis, to find their old enemy Jeffery Gordon lying in wait for them. In a flurry of events, Powchutu, living as her brother “Paul Williams,” was reported slain: she was told his head had been crushed beyond recognition and he had been identified by his clothes. Penniless, alone, and defenseless, she was forced to marry Jeffery Gordon. Soon, Jeffery’s evil resulted in his death at the hands of Gray Eagle. Once more, Shalee was reunited with her true love and destiny.

It had required more than love and passion for them to accept each other, to find peace, and to win the approval of his people for their mixed union; it had required months, many hardships, and sufferings. They had challenged all they knew and felt to win the other’s heart and commitment; they had defied their people, laws, and ways to fuse their Life-circles into one. Time and fate had been good to them and had allowed them, in a maze of hatred and perils, to find each other and to experience unique love.

In February of 1778, their son Bright Arrow was born, and five years of peace ruled their lives before more greedy whites and cruel soldiers entered the Dakota Territory in 1782, along with a female named Leah Winston. The white captive, a gift to Chief Running Wolf from Gray Eagle’s lifelong friend White Arrow, took insidious advantage of Shalee’s disappearance and amnesia. Using guile and her resemblance to Alisha Williams, Leah attempted to steal Shalee’s existence and possessions. After many sufferings, Leah failed, a defeat which resulted in the wounding and near death of Running Wolf.

During his delirium, Running Wolf exposed a painful secret to Shalee—Powchutu was a full-blooded Indian, his first-born son by a lost love—a secret which
nearly resulted in brother slaying brother, for they had become bitter enemies and fierce rivals. Running Wolf had never revealed his secret because the mother of Powchutu was a Crow—the Crow were fierce enemies of the Sioux—and she had married a French trapper while carrying their love child, then had raised their son as a despised half-breed who hated and battled the Sioux. Knowing that to expose Running Wolfs secret would bring anguish and shame to those she loved, Shalee kept it to herself for many years.

When Running Wolf died in 1783 and Gray Eagle became the Oglala chief, his rank and responsibility bred fear in her each time the Indian/white conflict increased in hostility and bloodshed. However, years of peace finally wafted over their lands, due to the friendship and efforts of a soldier named Derek Sturgis, who had been assigned back East in 1795, and whose replacement was a cold and cruel white leader who was determined to crush the Indians.

In 1796, Bright Arrow, son of Shalee and Gray Eagle, also captured and enslaved a white girl, an incident which inspired new perils and pains for all involved. Shalee and Gray Eagle wanted to spare their son the torment of forbidden love, but the bond between Bright Arrow and his white captive was too strong to break or to battle. Bright Arrow fell in love with the white girl who was revealed to be the daughter of Joe Kenny and a mute woman named Mary O’Hara, friends whose paths had crossed theirs many times. Despite everything, the Oglalas would not accept Rebecca Kenny as the wife of their future chief Bright Arrow, not even after she challenged all dangers to rescue him when he was a prisoner of the whites, an action which thrust Rebecca into the grasp of Lieutenant Timothy Moore and almost cost her her life. When the son of Gray Eagle and Shalee refused to
give up his white love, he was stripped of everything and banished into the wilderness, to live as a trapper called Clay Rivera. Six years passed before Bright Arrow admitted to his self-destructive emotions and behavior and battled all forces to be reunited with his tribe.

In 1804, Bright Arrow and Rebecca won the right to marry and to return to his people, along with their two daughters, Little Feet and Tashina. While “Clay Rivera” was on the Lewis & Clark Expedition, Rebecca had worked valiantly in the Cheyenne camp to battle the dreaded disease of smallpox which took the life of their third daughter and the lives of two children belonging to Bright Arrow’s closest friend, Windrider. Since that day, Tashina and Soul-ofThunder, the surviving child of Windrider, had been the best of friends, as both had been close friends of Sun Cloud.

Sun Cloud, the second son of Gray Eagle and Shalee, had been born in 1797 and had been accepted as Gray Eagle’s heir to the Oglala chief’s bonnet and rank, until the unexpected return of Bright Arrow and his rapid gathering of numerous
coups
—deeds of immense valor or generosity. Upon his return, Bright Arrow was reminded of his father’s past vision which said, “The seed of Gray Eagle will not pass through our first son; the greatness of the Oglala will live within Sun Cloud and his children,” and he had accepted his lesser rank. Yet, as years passed and Bright Arrow’s legend increased, many, including Bright Arrow, gradually forgot the vision of Gray Eagle, forgot Bright Arrow’s past weakness and banishment…

Frankenstein: Dead and Alive by Dean Koontz
Love on a Summer Night by Zoe York
A Guide to Berlin by Gail Jones
Therian Prize: 5 (Therian Heat) by Friberg, Cyndi
A Chosen Life by K.A. Parkinson
The War of Immensities by Barry Klemm
Torn by Love (Scarred by Love #4) by C. A. Harms
Dmitry Glukhovsky - Metro 2034 English fan translation (v1.0) (docx) by Dmitry Glukhovsky
Five Kingdoms by T.A. Miles
The Secret of the Soldier's Gold by Franklin W. Dixon