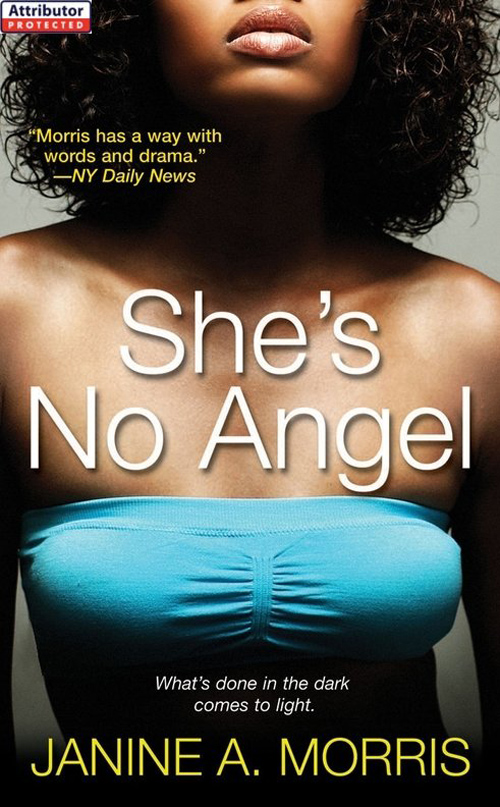 All copyrighted material within is Attributor Protected.
Table of Contents
Also Available by Janine A. Morris
Title Page
Dedication
Acknowledgments
Chapter 1
Chapter 2
Chapter 3
Chapter 4
Chapter 5
Chapter 6
Chapter 7
Chapter 8
Chapter 9
Chapter 10
Chapter 11
Chapter 12
Chapter 13
Chapter 14
Chapter 15
Chapter 16
Chapter 17
Chapter 18
Chapter 19
Chapter 20
Chapter 21
Chapter 22
Chapter 23
Chapter 24
Chapter 25
Chapter 26
Chapter 27
Chapter 28
Chapter 29
Chapter 30
Chapter 31
Chapter 32
Chapter 33
Chapter 34
Chapter 35
Chapter 36
Chapter 37
Chapter 38
Chapter 39
Chapter 40
Chapter 41
Chapter 42
Chapter 43
Confessions
Copyright Page
I dedicate this book to
my twin brother, Jason Antwon Morris.
Rest in peace.
Acknowledgments
I thanked pretty much everyone in my debut novel,
Diva Diaries
, but there are a few people I must acknowledge again, and some new people that I need to acknowledge as well.
Â
Frank Iemetti ... I have been blessed not only to know you but to call you a friend and mentor; you are one of the most real and humble people on this Earth. Frank, I can't thank you enough for being such a source of reality from my first day in radio until now. You have never forgotten about me, and I will never forget about you.
Â
My baby and best friend, Ahmad E. Meggett (“My Air”). You make every day easier. Being able to share the days of this life with someone I truly love makes me feel like one of the luckiest women in the world. You're my friend before anything, and I love you ... with every beat of my heart.
Â
My familyâCarolyn Morris, Julius Morris, Tashah Bigelow, Julius “Jewlz” Morris Jr., Alex Bigelow, Hamilton and Tylah Bigelow, and Leila Morris ... Don't know what I'd do without you. Mommy, you're my idol ... I just hope I never fall short of the strength you have.
Â
My second familyâMa and Dad MeggettâI couldn't be more thankful to know you and I hope your son and I end up to be just like the two of you. Rashard and LeslieâCongrats on the wedding and many, many years of happiness. Rashida, Kai and the twins, many blessings. Thanks for all the love, I love you all ... and I hope Ahmad and I have a relationship that resembles the one you share.
Â
My buddies of the Fab 5 ... Sytieya Mann, Derica Carty, Rene Hylton, Nicole Lytle, and our honoree member Mona Thompson ... I love you all so much and they need to stop letting us loose out there. Friends are some of God's little treats and treasures, I'm happy we enjoy them. Ebony Esannasonâwe STILL got it going on, and always will ... Can't tell you how much I love you, girl. Alicia McFarlane and Kim Grant, when we graduate from law school we are going to be unstoppable. (AliciaâI truly hope you know that you have a blessed heart and you are a great friend to me and others, I'll always love you for being you.) Diandra Ortiz, Tenille Clyburn, April Debartolo, Dreena, Kimberly Pena, Vanessa Quinonez, Martha Cuellar, Tamanisha Miller, Nicole Bigelow, Darnell âSnap' Childs, Sammy Martin, and Jessica aka Pookie... . old friends and new friends. What would life be without them? Craig “Speedy” Claxton (CB)