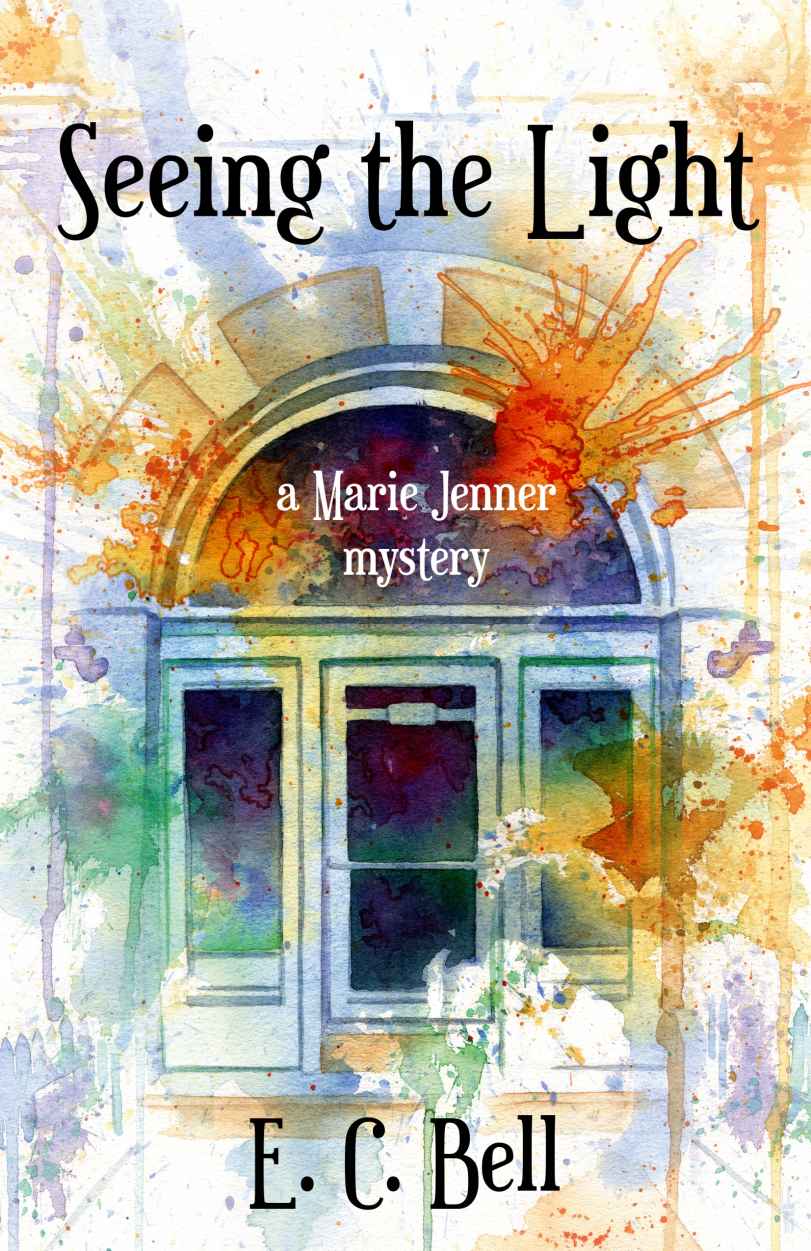 All rights reserved. No part of this book may be reproduced or transmitted in any form or by any means, electronic or mechanical, including photocopying, recording or by any information storage & retrieval system, without written permission from the copyright holder, except for the inclusion of brief quotations in a review.

The publisher does not have any control over and does not assume any responsibility for author or third party websites or their content.

This is a work of fiction. All of the characters, organizations and events portrayed in this story are either the product of the author’s imagination or are used fictitiously.

Any resemblance to persons living or dead would be really cool, but is purely coincidental.

This book is dedicated to my husband, Harold–who believed in me even when I didn't.

Farley: My Death and What Came After

Stage One Getting to Why

Marie: So Now What?

Farley: Death’s Good When You Have Someone to Talk to

Marie: Why Would a Ghost Feel Sick?

Marie: The Hero, Back at the Office

Marie: Again with the Blinking

Marie: James and his Uncle

Marie: Farley Went to Hell and Back. Again

Farley: Let’s Keep from Going to Hell, Shall We?

Marie: Score One for the Good Guys

Farley: My Lunch Date With Marie

Marie: My Lunch Date with Farley

Farley: Back to Hell, with a Twist

Marie: Setting Up the Non-Date

Marie: Going on the Non-Date

Marie: Couch Surfing, at the Office

Marie: Off to Work

Farley: Back Hanging Around with the Living

Farley: Dying for a Bad Cause

Marie: Taking It Under Advisement

Farley: Caught in an Explosion When You’re Dead

Marie: Almost Caught in an Explosion When You’re Alive

Marie: The Cop Comes Back, and I Am Sprung

Farley: So Marie Has an Ex. Who Knew?

Marie: Bringing James Up to Speed, Sort Of

Marie: Good Cop, Bad Cop, All Rolled into One

Farley: The Drive to the Office

Marie: The Drive to the Office

Marie: The Drive to the Office, Part Two

Farley: Paying a Visit to the Good Sergeant

Marie: Breakfast, and What Happened After That

Marie: Looking Down the Barrel of a Gun

Farley: Meeting One of My Own

Marie: Back from the Hospital, Once More

Stage Three Seeing What He Needs To See

Farley:
My Death and What Came After

That “walking into the white light” thing is crap. The only light I saw was the electricity arcing around me as I jerked to the floor like I was doing the funky chicken.

Then everything went black.

I woke up and thought I’d been tossed clear until I saw my body by the electrical panel, still doing its death dance as the last of the current rattled through it.

Tendrils of smoke curled up from the hair, and that’s when I went crazy. Crying and trying to crawl back to myself, I did all that as I watched my body disconnect and ooze to the floor like a half-cooked chicken. A half-cooked funky chicken.

When I pulled myself together, I went over to see if I could figure out what had happened. My free hand was in my pocket, though, so the current hadn’t used that route, and for a while I couldn’t see anything out of place. Other than the fact I was dead, of course, I really thought I hadn’t done anything wrong. Then I saw my sock.

Okay, so I’m supposed to wear work boots, but it was as hot as the hubs of hell down in that basement in the summer, so I was wearing sandals and socks. And there was water. Why hadn’t I noticed the water? It looked like I’d been standing in a river, for Christ’s sake.

My sock had wicked the water up to my foot. Obviously, when I touched the hot wire, the electricity searched for the quickest way to ground. That had been through me, to my wet foot, and out. The result had been fireworks and me getting tossed out of my body like a sack of potatoes off the back of a truck.

Son of a bitch. If I could have, I would have moved the body, so nobody else could see the mistake I’d made. I couldn’t. I could only stand and glare at the water that soaked into my clothes and put out my hair with a hiss and a small sigh. Or maybe the sigh came from me. Who the hell knew for sure.

The cops came and I made an ass of myself trying to get their attention, but by then it was beginning to sink in. I wasn’t getting back into the old skin sack again. And beneath the crying and wailing and gnashing of teeth, I was relieved. This life was finally done, and I could get on with whatever came next.

Here’s the kicker, though. When the paramedics wheeled my body out, I couldn’t follow. I hit that open doorway like it was a thick pane of glass and bounced back about a foot. All I could do was watch as they loaded my body into the ambulance and drove away.

There were no sirens. They don’t use sirens for the dead.

Stage One
Getting to Why

It didn’t go that way. Of course.

There was only one other interviewee waiting in the small reception area in the office of Don Latterson’s import export business, called, not too imaginatively, Latterson’s Import Export.

“Wish me luck,” she said, when Mr. Latterson silently hooked his finger at her, calling her into his office.

“Good luck,” I said. I didn’t mean it. I wanted the job for myself, after all.

When she ran out, sobbing, three minutes into her interview, I felt guilty, like I’d somehow jinxed her. I also felt relief. Maybe I had a real shot at the job.

It wasn’t a lock, of course, because sometimes my big mouth gets me into trouble, but things were looking up.

Don Latterson stepped out of his office. He was in his forties and starting to run to fat. His hair, what little that was left if you don’t count the absolutely atrocious comb-over, was brown streaked with gray, and his blue eyes looked parboiled, like he’d drunk his lunch instead of eating it.

He hooked his finger at me, and I followed him into the office, shutting the door behind me. Then I waited for him to offer me a seat so that the interview could begin.

He did not do that. He sat down himself and stared at me until I felt acutely uncomfortable, and then pointed at an electric typewriter sitting on a small table by his desk.

“Do you know what that is?” he asked.

I wondered if there was some trick to the question. “An electric typewriter?” I finally asked.

I was sure I’d seen a computer on the desk out in the reception area. Did he actually expect me to type stuff on one of these?

Whatever. He’s the potential boss.

It was at that moment that I felt cold air wash over me. I turned around, thinking I hadn’t latched the door properly. That’s when I saw the ghost.

He stood half in and half out the closed door, staring at me. Stupid me, I stared back.

I knew better than to make eye contact. Dead’s dead and better left alone, but he caught me off guard.

“Can you see me?” the ghost asked, looking just about as shocked as I felt.

“Oh no,” I whispered. He wasn’t just dead. He was aware that he was dead. Good grief, why had I made eye contact?

“Holy shit, you can see me!” the ghost cried.

I shook my head, a completely useless thing to do, because it just proved beyond a shadow of a doubt that I could, in fact, see him. Then Mr. Latterson spoke up. He didn’t sound happy.

My Once and Future Love by Carla Krae
The Beauty and the Beast by Leigh Wilder
Trick or Treat by Kerry Greenwood
Zoey And The Nice Guy (Big Girl Panties #1) by Carter Ashby
The story of Lady Hamilton by Meynell, Esther
Back Track by Jason Dean
Dangerous Mercy: A Novel by Kathy Herman
Fingal O'Reilly, Irish Doctor by Patrick Taylor
Unauthorized Return (Unauthorized Series Book 4) by Ladew, Lisa
The Blue Field by John Moore