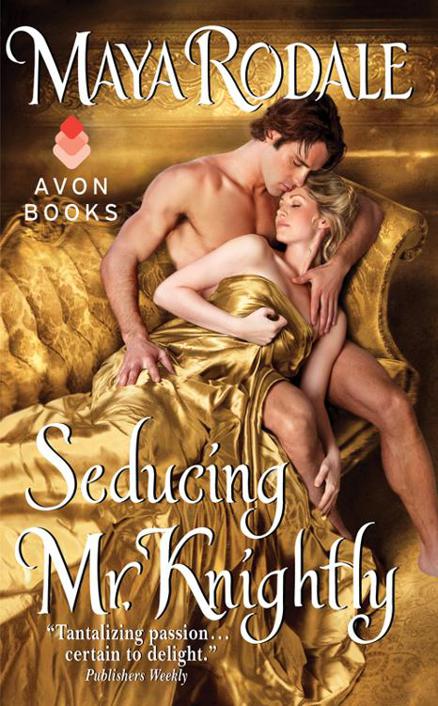 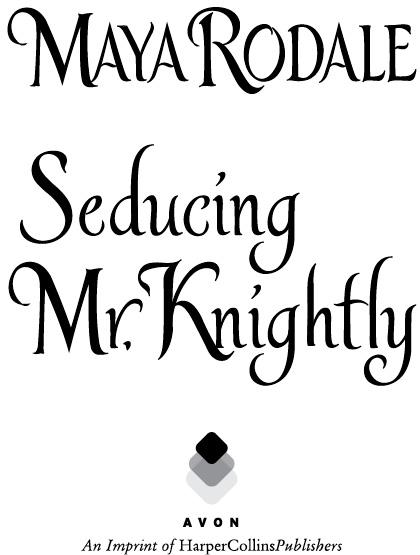 For my sister Eve

May you always have the gumption to go after what you want.

Thank you for making this romance-writing dream job possible.

For always noticing me even though I stand below your line of vision.

Today England mourns the loss of Lord Charles Peregrine Fincher, sixth Earl of Harrowby and one of its finest citizens.

D
EREK
K
NIGHTLY
had not been invited to his father’s funeral. Nevertheless, he rode hell for leather from his first term at Cambridge to be there. The service had already commenced when he stalked across the threshold dressed in unrelenting black, still dusty from the road. To remove him would cause a scene.

If there was anything his father’s family had loathed—other than him—it was a scene.

The late Earl of Harrowby had expired unexpectedly of an apoplexy, leaving behind his countess, his heir, and one daughter. He was also succeeded by his beloved mistress of over twenty years, and their son.

Delilah Knightly hadn’t wanted to attend; her son tried to persuade her.

“We have every right to be there,” he said forcefully. He might not be the heir or even have his father’s name, but Derek Knightly was the earl’s firstborn and beloved son.

“My grief will not be fodder for gossips, Derek, and if we attend it shall cause a massive scene. Besides, the Harrowby family will be upset. We shall mark his passing privately, just the two of us,” she said, patting his hand in a weak consolation. Delilah Knightly, exuberant darling of the London stage, had become a forlorn shell of her former self.

In grief, Knightly couldn’t find the words to explain his desperate need to hear the hymns sung in low mournful tones by the congregation, or to throw a handful of cool dirt on the coffin as they lowered it into the earth. The rituals would make it real, otherwise he’d always live with the faint expectation that his father might come ’round again.

He needed to say goodbye.

Most of all, Derek desperately wanted a bond to his father’s other life—including the haute ton where the earl had spent his days and some nights, the younger brother Derek never had adventures with and a younger sister he never teased—so it might not seem like the man was gone entirely and forever.

Whenever young Knightly had asked questions about the other family, the earl would offer sparse details: another son who dutifully learned his lessons and not much else, a sister fond of tea parties with her vast collection of dolls. There was the country estate in Kent that Knightly felt he knew if only by all the vivid stories told to him at night before bed. His father described the inner workings of Parliament over the breakfast table. But mostly the earl wanted to step aside from his proper role and public life to enjoy the woman he loved and his favored child—and forget the rest.

Knightly went to the funeral. Alone.

The doors had been closed. He opened them.

The service had begun. Knightly disrupted it. Hundreds of sadly bowed heads turned back to look at this intruder. He straightened his spine and dared them to oppose his presence with a fierce look from his piercing blue eyes.

He had every right to be here. He belonged here.

Derek caught the eye of the New Earl, held it, and grew hot with fury. Daniel Peregrine Fincher, now Lord Harrowby, just sixteen years of age, was a mere two years younger than his bastard half brother who had dared to intrude in polite company. He stood, drawing himself up to his full height, a full six inches less than Derek, and declared in a loud, reedy voice:

“Throw the bastard out. He doesn’t belong here.”

A Writing Girl in Distress

I desperately need your advice . . .

It was love at first sight exactly three years, six months, three weeks, and two days ago, upon Annabelle’s first foray into the offices of
The London Weekly
. She was the new advice columnist—the lucky girl who had won a contest and the position of Writing Girl number four. She was a shy, unassuming miss—still was, truth be told.

He was the dashing and wickedly handsome editor and owner of the paper. Absolutely still was, truth be told.

In those three years, six months, three weeks, and two days, Knightly seemed utterly unaware of Annabelle’s undying affection. She sighed every time he entered the room. Gazed longingly. Blushed furiously should he happen to speak to her. She displayed all the signs of love, and by all accounts, these did not register for him.

By all accounts, it seemed an unwritten law of nature that Mr. Derek Knightly didn’t spare a thought for Miss Annabelle Swift. At all. Ever.

And yet, she hoped.

Why
did she love him?

To be fair, she did ask herself this from time to time.

Knightly was handsome, of course, breathtakingly and heart-stoppingly so. His hair was dark, like midnight, and he was in the habit of rakishly running his fingers through it, which made him seem faintly disreputable. His eyes were a piercing blue, and looked at the world with an intelligent, brutally honest gaze. His high, slanting cheekbones were like cliffs a girl might throw herself off in a fit of despair.