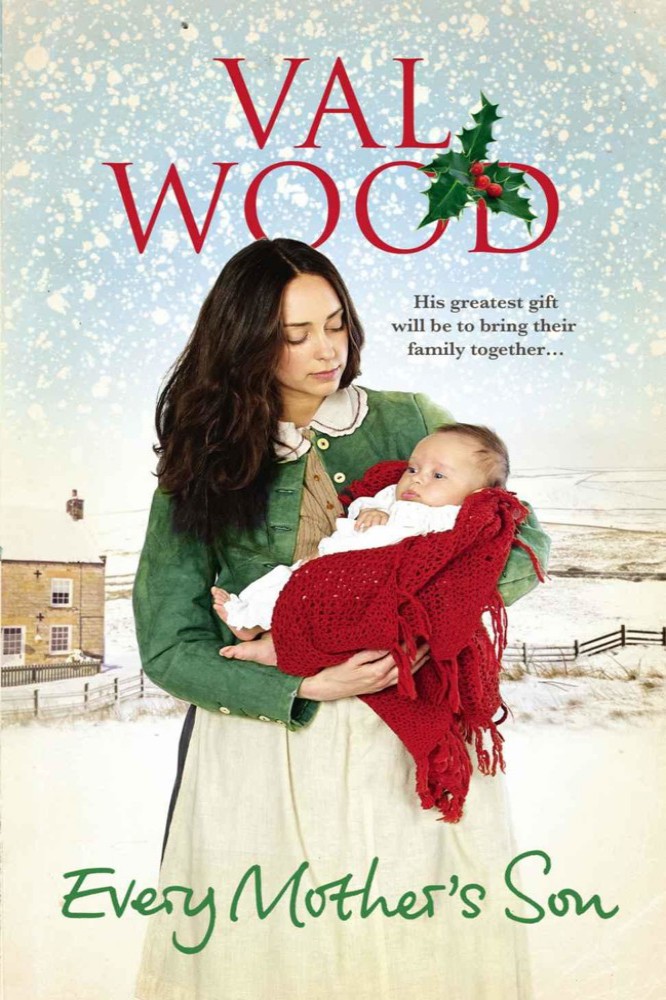 Harriet and Fletcher Tuke have worked hard to raise their children well. Daniel, the eldest son, has always accepted that his birth father died shortly after he was born, and Fletcher has brought Daniel up as his own.

But as Daniel comes of age and begins to fall in love with childhood friend Beatrice Hart, he can’t help but wonder about his heritage – his olive skin and dark eyes reminding him daily of the difference between him and his siblings, and between his and Beatrice’s families. Meanwhile, shocking truths about Fletcher’s own family line are suddenly brought to the surface, revealing a connection between the two families...

Daniel’s wish to learn about his bloodline takes him to Europe, where decisions about his future take shape. But will it be one he can share with Beatrice? And as Harriet hopefully awaits his return back home on the farm, she could never imagine that the answers to questions about her own family are also just on the horizon. 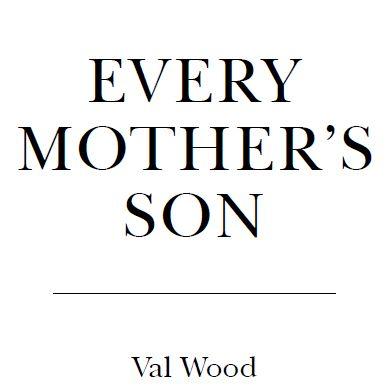 For Peter Wood and George Silvester

On 24 June 1956, after finishing their National Service and before beginning their separate business careers in the print industry, my soon-to-be husband Peter and his friend and former army colleague George Silvester began a three-month tour of Europe on a Lambretta scooter.

They began by boarding a ship from Hull docks and the following day celebrated their arrival in Copenhagen by visiting the Carlsberg brewery.

From my late husband’s diary I have learned of their route through Denmark, Germany, Austria, Switzerland, Italy and Spain. Their adventures were many and varied and included sleeping on beaches when hostelries were either full or not within reach, cooking spaghetti in sea water, and having to push the Lambretta up and down mountains when it refused to start. They also celebrated their twenty-fourth birthdays during the month of August.

The diary lists the fellow travellers they encountered: Americans, British and Canadians, as well as hospitable local inhabitants who welcomed them as they progressed on their journey. Quite unexpectedly they chanced upon one of Peter’s work colleagues as they rode over the Alps and, best of all for me, he and I were able to meet for a brief and lovely day while I was on holiday in Interlaken.

Although the route they travelled was not the same as the fictional one that Daniel and the Hart twins took, I had this tour very much in mind as I began this novel and I dedicate it to two enterprising and enthusiastic young men whose friendship lasted until Peter’s death in March 2009.

The very first words that Beatrice Hart had chortled were ‘
Danl
,
Danl
,
Danl
,’ clapping her chubby hands in delight. Her twin brother Charles, much more sombre and not yet talking but at twelve months old already staggering purposefully from one chair to another, dropped down on his hands and knees. He did a fast crawl towards two-year-old Daniel, who glanced up at his mother, standing by his side, and on seeing her smile clapped his greetings back to them.

‘They’re going to be such good friends, Harriet,’ Melissa Hart had remarked. ‘The twins love Daniel.’

‘Their lives will be very different, ma’am,’ Harriet replied.

‘I suppose so,’ Mrs Hart agreed. ‘But I hope their friendship remains durable, and there is no reason why it should not.’

And although Harriet had nodded in agreement as the children sat down to play on the fine wool Oriental carpet, she could think of two exceptions, the first being that despite Melissa Hart’s liberal views she and her husband Christopher were rich landowners whilst she, Harriet Tuke, had worked in their laundry room and her husband-to-be was a small farmer just starting out on his own land.

Harriet sank down on to a brocade chair. She loved this room, which overlooked the garden; it was Melissa’s own and one she was familiar with, for several times when she had worked in the manor laundry room Mrs Hart had called her in here to ask her advice. Advice from me, she had wondered at the time, me from ’back streets of Hull who knows nothing; but she did know about life and the complications of marriage, and those were the subjects that Melissa Hart had wanted to discuss.

Neither of them, in the few short years they had known each other, had ever crossed the wide social line that divided them, but they had a friendship of a kind, for both had suffered difficulties they could discreetly share and both knew instinctively that the other would not divulge their secrets.

Alice had brought in a tray of tea, not showing by her manner that she had ever known Harriet, and then Mary, the twins’ nanny, knocked and came in. She had given Harriet a wide smile for she knew her well, not only from the laundry where they had worked together, but also from the time when Harriet had lodged with her in her cottage near the Humber. She told Mrs Hart that she’d take the children to the nursery so that they could have their tea in peace, and picked up the twins, one in each arm. Daniel put his small hand on Mary’s skirt and went off with her without a backward glance at his mother.

Harriet had shaken her head and said wryly, ‘That’s sons for you: love you and then leave you.’ She hesitated for a second as her hostess poured the tea. ‘I came to tell you something, ma’am.’

Melissa’s eyebrows rose, then she lifted the milk jug. ‘Milk?’

Melissa handed her the cup and saucer and then poured her own. She gave a small sigh as she slid a slice of lemon into her cup. ‘Something momentous?’

‘I’m so pleased for you, Harriet. I have met Mr Tuke a few times and he seems like a good man – not,’ Melissa added hastily, ‘that I’m saying your first husband was not. But – Fletcher, is it? – seems charming.’

In spite of her pleasant words Harriet could hear the strain, the tension. ‘He is, ma’am. He’s nice and he’s honest, and a hard worker. He will always provide for us; for me and Daniel, and …’ she added hastily, ‘and any other children that we might have together. And trustworthy,’ she said in a hurry. ‘He’d never do or say owt – anything – untoward that might hurt anybody else.’

Melissa pressed her fingers to her lips and gently tapped them. ‘Yes, of course,’ she breathed. ‘That’s – very reassuring.’

And that was the other exception; the subject they hovered around as delicately as a butterfly’s wing on a nettle, that had never been broached, never spoken of or alluded to in any way, that they had learned through different sources yet never acknowledged, lest it tear both families apart.

The old ash tree had been standing on the prow of the dale for as long as anyone could remember. Some said fifty years, some said one hundred and fifty, though the latter declaration was laughed at, for who could remember so far back?

To Daniel, sitting on the lowest branch and surveying the scene below him, it didn’t matter how old the tree was, although he admitted it creaked like old bones as he climbed it, for it was
his
tree, on his father’s land.

Below their boundary hedge, the meadow land was a haze of golden buttercups, dotted with bleating sheep and deep dark wooded dells and divided up by ditches and drains stretching right down to the Humber estuary, which meandered like a glistening snake through the channel of salt marsh on this warm autumn day.

He wrinkled his nose. It was a pity it wasn’t all his father’s land, but a farmer would have to be very rich to own all of this, even richer than Christopher Hart, the father of his friends Charles and Beatrice.

Daniel was thinking. He had to make a decision, and he could only do that whilst sitting up in his tree, which had been his special place ever since he was a child and his father, Fletcher, had first lifted him up into it and pronounced that it was his very own.

The question was, when he was grown up to be a man – which wouldn’t be long as he would be thirteen in December, and had left school this summer to work on the farm – should he stay and become a farmer or should he pack a rucksack with essentials, like meat pie and cake and clean socks, put on his sturdy boots and walk down the dale towards the Humber in order to board a barge or a ship and sail away to foreign lands?

Daniel’s grandmother Rosie had told him several years ago that his grandfather had been a seaman and had come to England from some far-off land; when he’d asked her which country, meaning to ask his teacher if she would show him where it was on a map, Granny Rosie had been rather vague about it and said she wasn’t sure.

He flipped a backward somersault over the branch to the ground and set off back up the rise. Life was a mystery, he thought. There were a lot of questions to be asked, but when he did ask some of them the answer was always ‘when you’re old enough to understand’. But surely he was old enough now.

One of the questions had come up on a Sunday last year when the Harts had invited the farming families of the area to a summer party in the garden of Hart Holme Manor. Charles Hart was a year younger than Daniel – he was ten then to Daniel’s eleven – and they had been friends since they were infants; Charles had come across to him and murmured that he had heard an old farmer’s wife say that Daniel was a throwback.

‘What did she mean, Daniel?’ he’d asked. ‘What does
throwback
mean?’

Daniel hadn’t known, so the two of them went across to Daniel’s mother Harriet, who was talking to Mrs Hart and Charles’s twin sister Beatrice, and asked her.

She didn’t seem to understand at first when he asked, ‘Ma, what’s a throwback?’ but when he explained that someone had called him that, she blinked and gazed at Mrs Hart as if she might know the answer. But Mrs Hart seemed suddenly angry and Daniel wondered if he’d said a rude word, like
dammit
or
blast
, which he did sometimes if he thought no one was listening, but then she drew herself up very regally and said, ‘Come with me, boys, and I’ll get you some lemonade. Beatrice, dear, stay with Mrs Tuke until I come back.’

Akiko in the Castle of Alia Rellapor by Mark Crilley
Prince Charming in Dress Blues by Maureen Child
Nearly Departed in Deadwood by Ann Charles
Head Games by Cassandra Carr
The Fix Up (First Impressions #1) by Tawna Fenske
The Pollinators of Eden by John Boyd
The Covenant by Annabel Wolfe
Einstein Dog by Craig Spence
Beyond The Horizon by Mason, Connie
January and the Single Heart by Zetterwall, Vi