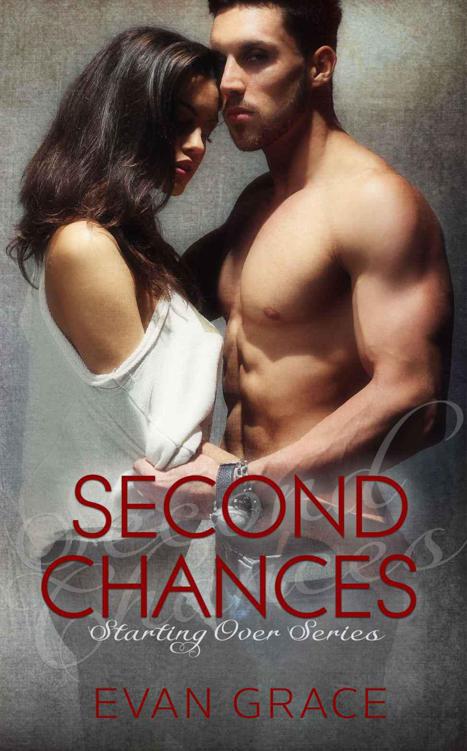 Book 2 of Starting Over Series

No part of this book may be reproduced, scanned, or distributed in any printed or electronic form without permission. Please do not participate in or encourage piracy of copyrighted materials in violation of the author’s rights. Thank you for respecting the hard work of this author.

This is a work of fiction. Names, characters, places, and incidents either are the product of the author’s imagination or are used fictitiously, and any resemblance to locales, events, business establishments, or actual persons—living or dead—is entirely coincidental.

To my husband for no other reason than I love you so very much. Every year our marriage gets stronger and stronger.  Love you, Babe!

As the sun started to shine on her, Stacy rolled over and stretched languidly. Her body felt deliciously sore from the workout her boyfriend Mark had given her the night before.

It took a lot of pestering and convincing before Stacy even agreed to go out with him. It was last year when Stacy had first met Mark, and to say it didn’t go well was putting it mildly. Little had she known that Mark was an undercover DEA agent who had been working to bring down a well-known drug supplier from Charleston.

Before she knew the truth, Mark was part of the group that had kidnapped her best friend Bellamy and beat Bellamy’s husband, Luke.

In the end it was Mark that protected Bellamy and brought her safely back to her friends and family. Stacy had told him repeatedly to stay away from her because she hated liars, especially men who lied to get what they wanted. In her eyes, that’s exactly what Mark was—a liar—albeit a professional one, but a liar was still a liar in her book.

It was Bellamy that had pushed her to give Mark a chance, which said something for her best friend’s character, because Mark’s actions had resulted in them almost losing Bellamy. Stacy would forever be grateful that Mark kept her safe through that whole ordeal.

So six months ago, Stacy finally gave in and told Mark they could be friends. He was reluctant at first, but he agreed. Stacy was surprised that Mark stuck to the “just friends” label, but he did.

It wasn’t until three months ago that things had changed between them. They’d gotten into a fight because Mark was clearly jealous of Stacy’s close relationship to Bellamy’s older brother, Dustin.

Right after everything went down with Bellamy, Dustin and Stacy got intimately close. But after a month, they both decided friendship was where they both wanted to be.

Stacy would never regret it because he was one of her best friends. Dustin had hated Mark from the get-go, and Mark always acted like a caveman whenever Dustin was around.

They’d been at Bellamy and Luke’s three months ago, celebrating the birth of their daughter Carrington, and Mark had immediately got all possessive when Stacy tried to talk to Dustin at all. He’d always touch her or hold her hand. If she had a dollar for every time he shot Dustin the evil-eye, she’d been a millionaire.

Dustin was no better. They both had seriously pissed her off. Dustin purposely would pull Stacy away from Mark, hugging her and kissing her cheek. It was exhausting and they were ruining such a special occasion for her friends.

By the time Stacy and Mark had left, she wasn’t speaking to him. When they got back to her little bungalow, she tried to get out of his car as fast as possible. She’d lost the desire to spend any more time with him and just wanted to be alone.

Mark had other plans and had followed her to her door. He apologized profusely for acting like an asshole. Mark told her it was because he cared about her a lot and he knew that they were supposed to just be friends, but he wanted and needed more from her.

Stacy had been sure that he was going to try to sleep with her that night, but instead shocked her by giving her a soft-sensual kiss and informed her that the next night he was taking her on a date. They’d been inseparable since, or as much as his job allowed.

Unfortunately, sometimes she wouldn’t see him for a week at a time, and sometimes when he came back to see her, he seemed off. Stacy knew it was probably whatever case he’d been working that caused it, so she just tried to give him her support.

Now, as she was lying nestled against his chest three months later, she couldn’t be happier. He’d showed up the day before and seemed really tense. He wound up taking her against her front door and as the evening progressed, he took her over and over again in every way imaginable. They stopped long enough for her to feed him dinner, then they both collapsed into bed, exhausted.

As she laid there, her stomach growled, so she eased out from under Mark’s arm and grabbed her robe off of the floor. She slipped it on and then leaned down to kiss his forehead. Stacy smiled when he mumbled something under his breath, but didn’t move.

She made her way towards the kitchen to put a pot of coffee on. As she started rummaging through her refrigerator looking for something to make, she heard ringing coming from Mark’s jeans that were lying on the living room floor.

Stacy wasn’t sure if she should answer it, but what if it was his job? He may need to report to work.

She dug into his pocket and pulled it out.

Stacy felt her body go numb when she looked at the picture on the screen. A young woman with two small children smiled up at her. The little boy looked no more than two and was a younger version of Mark. The caller ID said it was “Home” calling.

“Oh my god,” Stacy whispered to herself. “He’s married. How could I be so stupid?”

Stacy felt like her body was on auto-pilot and barely remembered answering Mark’s phone.

She didn’t say anything as she listened to a child chattering in the background about wanting to talk to Daddy.

“Mark?” the voice on the other end of the phone asked. “Hello? Mark, answer me.”

“Who is this?” The woman was silent for a minute until Stacy heard her sigh. “Not again. I told him this was his last chance.”

Stacy dropped to her knees on the floor as the woman started to cry.

“I didn’t know he was married. He never told me. I never would’ve touched him if I had known.” Stacy didn’t know if the woman would believe her, but that was one thing she’d never, ever do.

“I’m sure he didn’t. I’m sorry he lied to you, but that’s what he does best. I have to start packing. That asshole has screwed me over for the last time.”

The line went dead and Stacy just sat there staring at the phone in her hand. She didn’t even feel the tear that slid down her cheek until it dripped onto her hand.

“Stacy?” She started and turned to see Mark standing behind her.

He looked like he was half-asleep and only had on his boxer-briefs. Normally Stacy would’ve smiled at that look, but right at that moment she was fighting back the bile that tried to rise into her throat.

“Did I hear my phone ring?” he asked as he stared down at Stacy.

It took no more than a second before his whole demeanor changed. His eyes that usually sparkled when he looked at her looked black and cold now.

“Who was on the phone, Stacy?”

She slowly stood up as she felt the hairs on the back of her neck stand up. There was no point in lying to him, because all he had to do was look at his call log and he’d know.

Stacy took a deep breath. “It was your wife, Mark.”

She watched him as the silence surrounded them. Stacy could see the muscle in his jaw tick as he stared at her.

“Did you answer my phone?” He stared at it in her hand, but didn’t move from where he stood. “Answer me! Did. You. Answer my fucking phone!”

She stood frozen in place as he stalked towards her. It wasn’t until he was right in front of her that her brain kicked in and she started to back away. Stacy kept backing up until she felt the wall right behind her. She watched as Mark kept coming towards her.

“I’m only gonna ask you one more time. Did you answer my phone? Did you talk to my fucking wife?”

His breathing was erratic and his eyes were wild as he stared down at Stacy.

“Yes, Mark. Is that what you wanted hear? I talked to that poor girl you suckered into marrying you, the poor girl that’s the mother of your children, but the smart girl who told me she’s leaving your cheating as—” Stacy couldn’t finish because Mark’s hand came up quick and gripped her jaw so hard Stacy cried out.

“You little slut! You’re gonna be so sorry you did that.”

Stacy sucked in a breath. “The only thing I’m sorry for is ever being with you. You make me sick and I want you out of my house.”

She winced when he tightened his grip and then pushed her harder into the wall. His face was mottled red with anger and the fear that she had been feeling only intensified.

“Oh, I’m gonna leave, but I’ll be back. You. Are. Mine.” As he said those last three words he slipped his hand inside her robe and shoved it between her legs and roughly shoved his fingers into her pussy.

Stacy cried out and shoved him away as hard as she could, but he barely budged. He leaned down and grabbed her upper lip with his teeth and bit down hard enough to bring tears to her eyes. Mark gave her one last look and turned to grab his clothes off of the floor.

She watched him walk to the door and realized she still held his phone. Without thinking, she threw it at him as hard as she could. Stacy was a terrible shot, because it hit the wall instead of him.

He picked it up off of the floor. He turned, blew her a kiss and walked out the door.

When she heard his car pull away, she slid down to the floor and started to sob. Sometime later, after the tears had dried up, she picked herself up off of the floor and grabbed her cellphone. There were only two people she could go to about this, but one would be a bad idea.

She hit the number and waited for her to answer.

When Stacy heard Bellamy’s voice on the other end of the line, the tears started to fall again.